The reserve team, which will be led by Raúl González for a fourth consecutive year, completed their first training session of the season.

Real Madrid Castilla's 2022/23 campaign is now up and running. The club's second string, which will be led by Raúl González for a fourth consecutive season, completed the first day of training out on the grass at Real Madrid City. The madridistas completed a first training session that featured fitness work and ball-based exercises. Before getting down to work, the squad received a visit from Manu Fernández, the Director of Football, who welcomed the team and wished them luck ahead of the forthcoming season.

Video.Castilla get pre-season up and running ahead of 2022/23 campaign

The Madrid youth side will line up in Group I of the Primera Federación, which kicks off on 28 August. Before the season proper, Castilla will contest the following pre-season games to ensure they are in the best possible shape for the league opener: 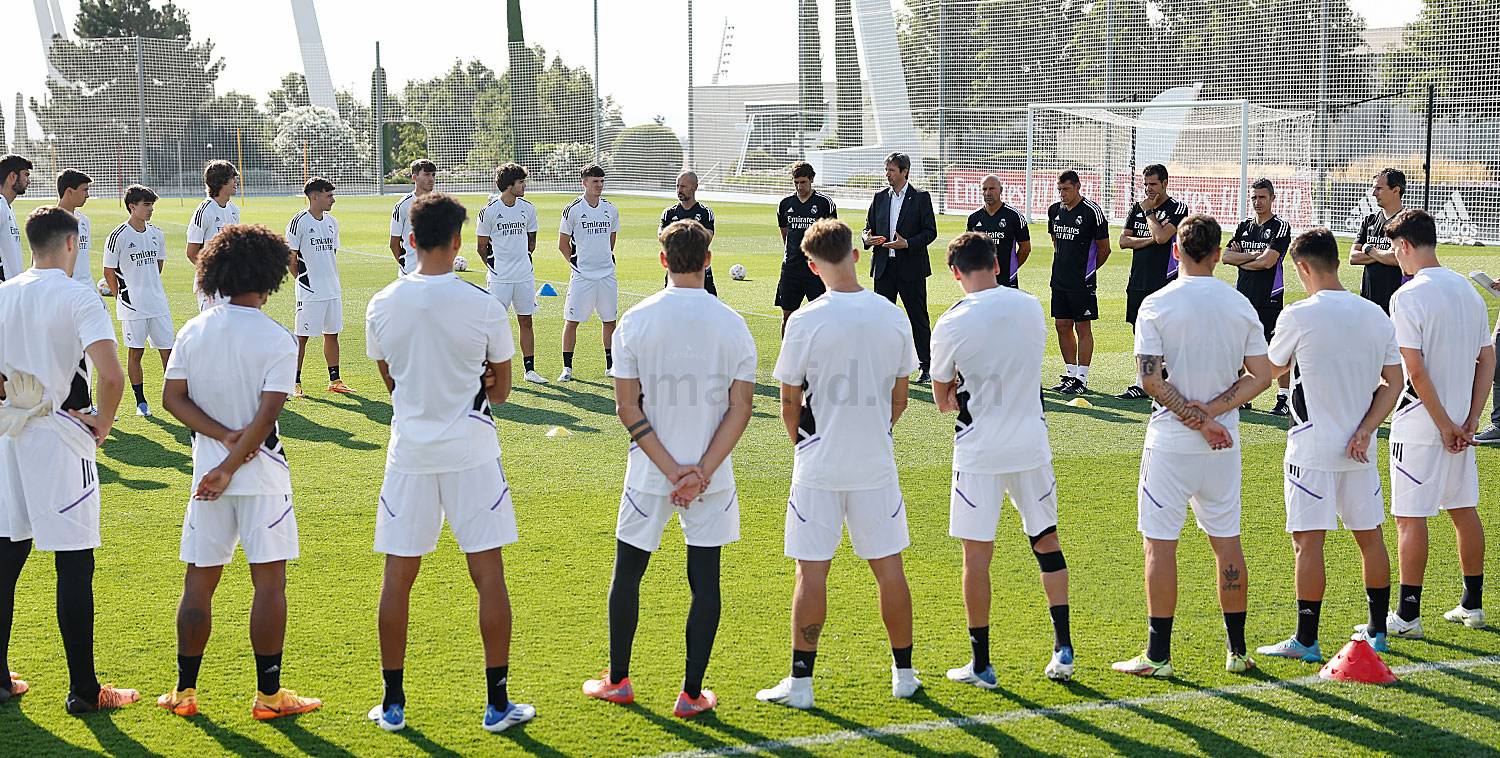 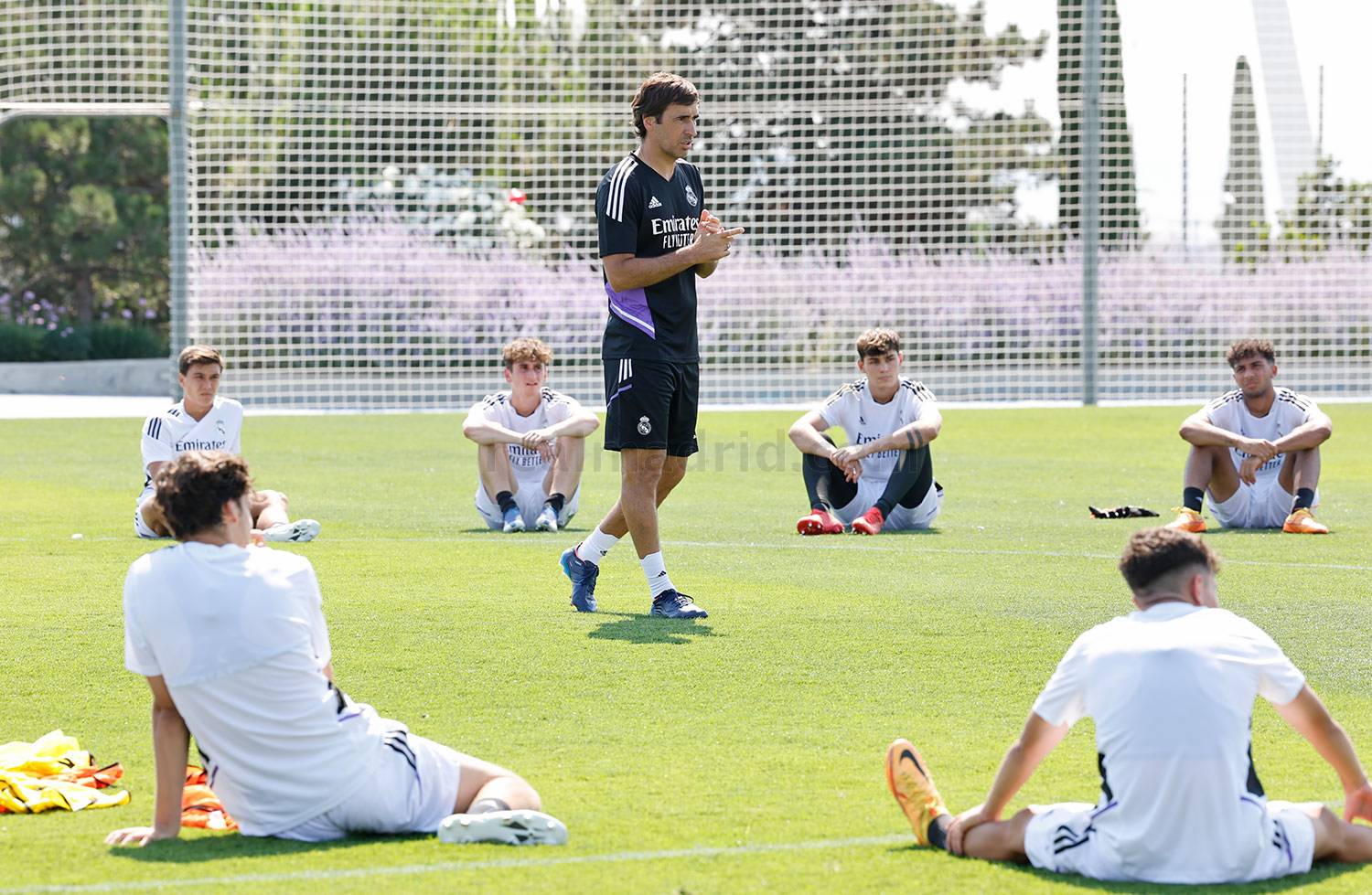 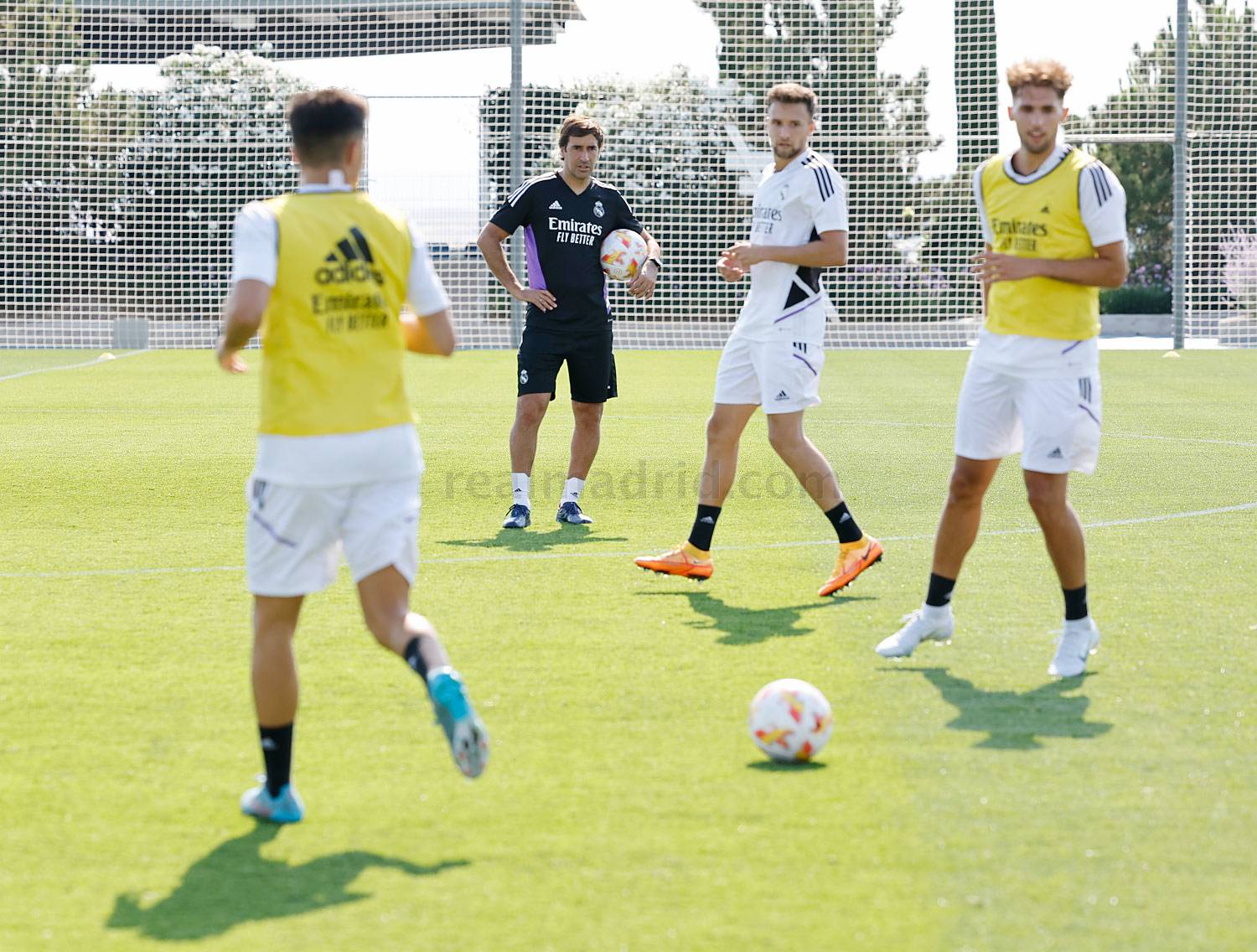 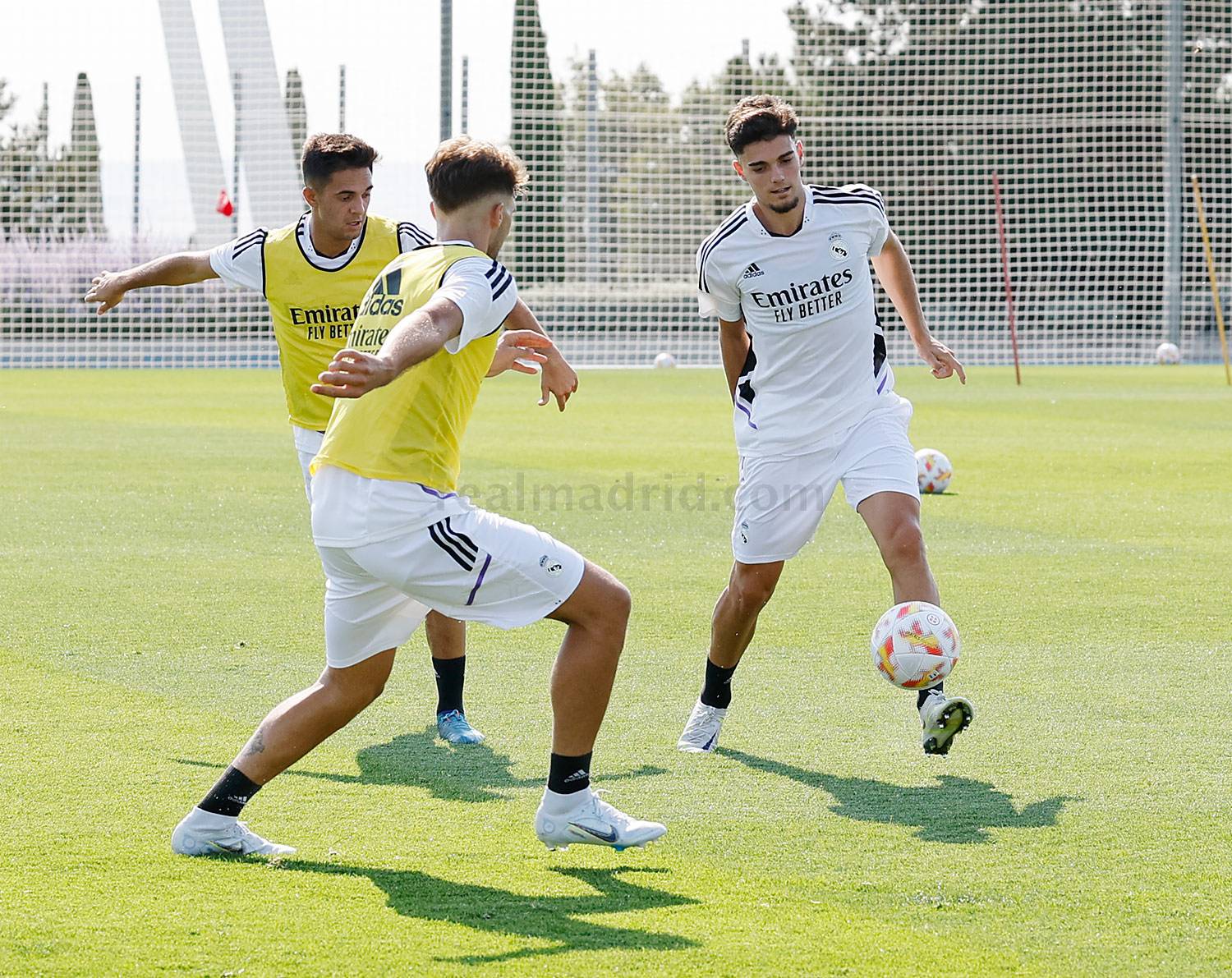 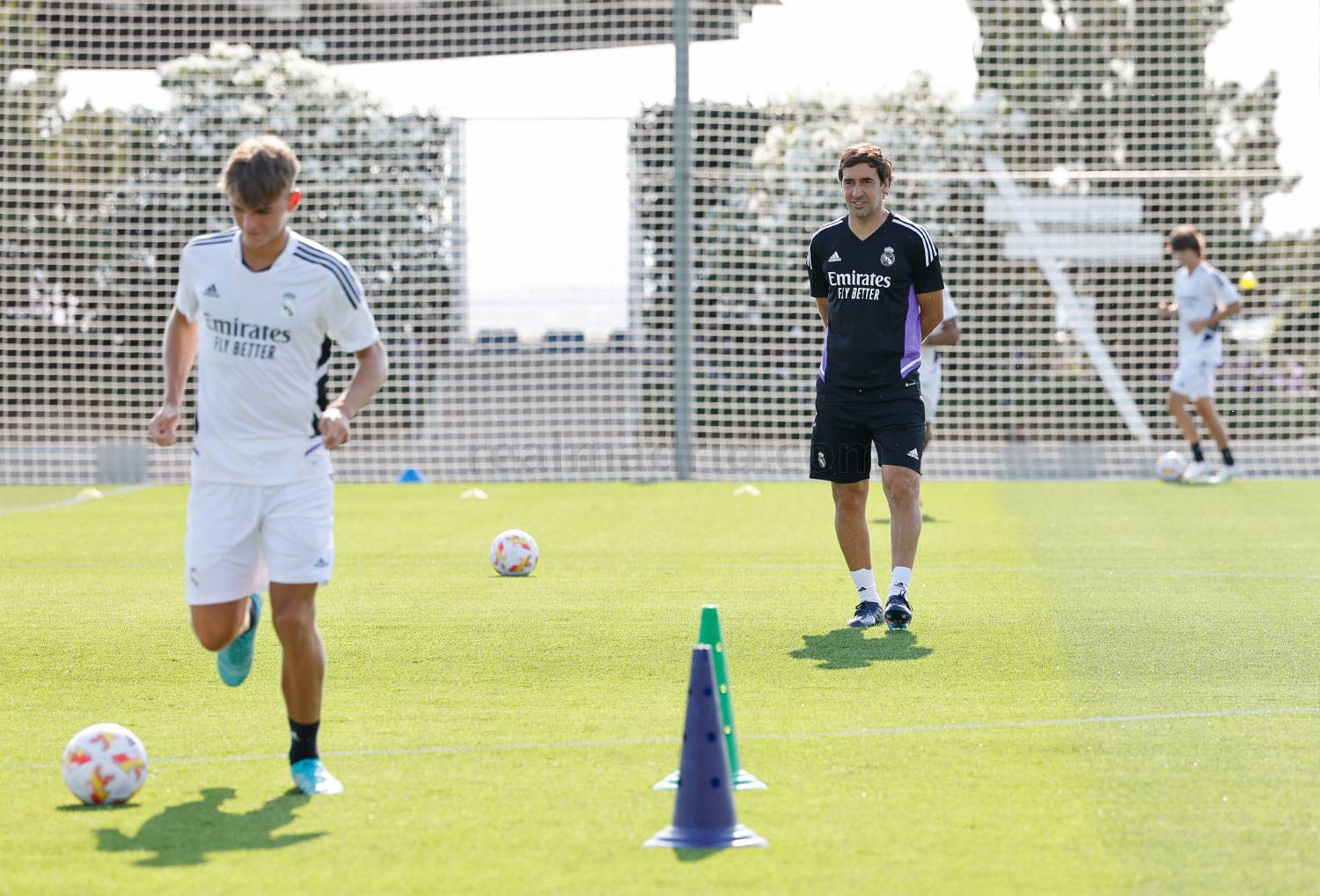 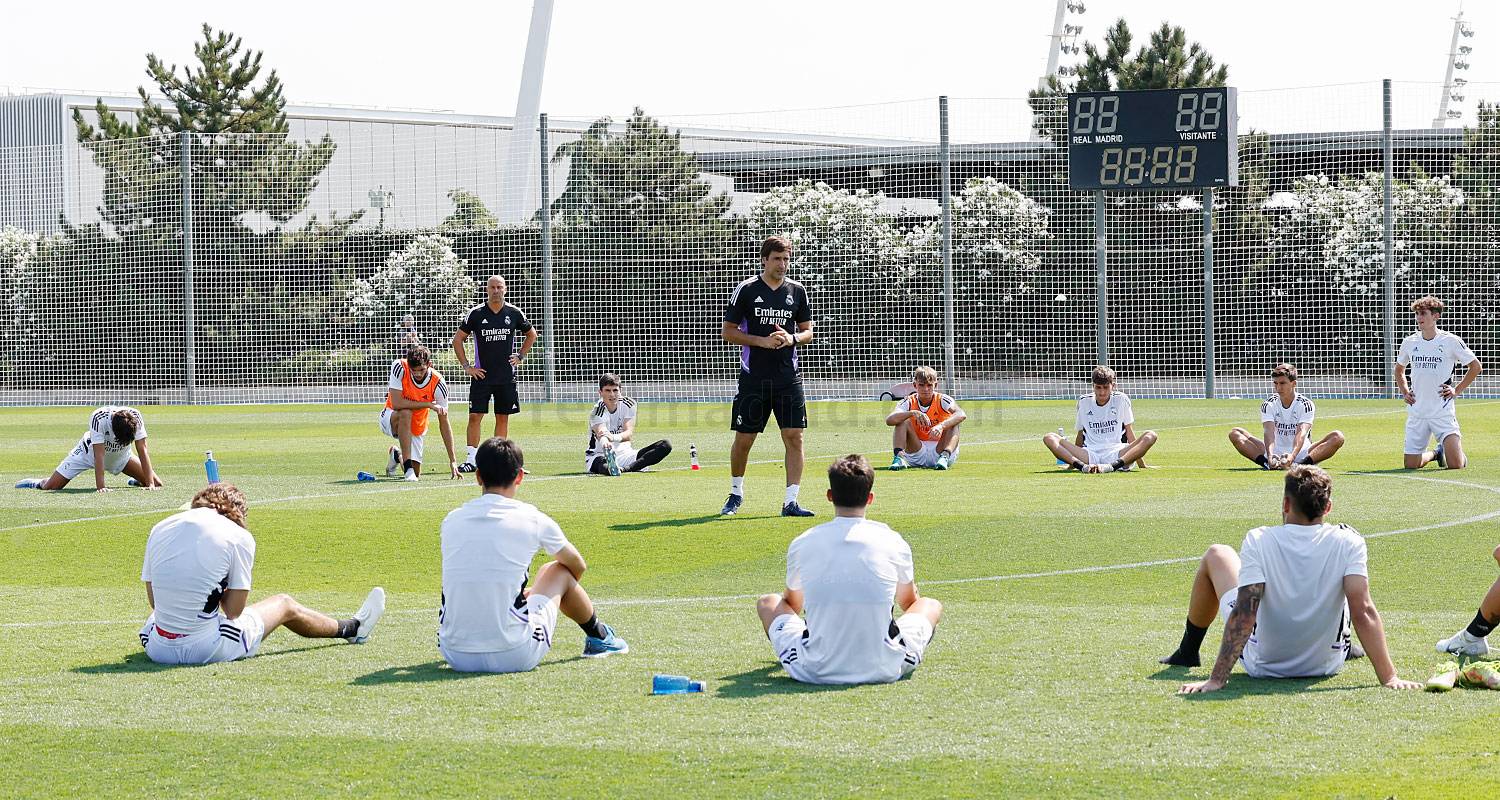