On to the EuroLeague Final Four

Madrid produced an amazing performance in Tel Aviv to round off a 3-0 series win. The club has featured in eight of last 11 editions of the Final Four.

Real Madrid qualified for the Belgrade Final Four after downing Maccabi in Tel Aviv in Game 3 of the series to make it 3-0. Pablo Laso’s charges capped off a sensational quarter-final series against rivals who came into the tie in fine fettle and who were unbeaten this year on its floor. Our team produced a fine collective effort to run out clear winners in a triumph that was set up in a first half that yielded 51 points, before the team managed to defend the lead in the second period, ending the game with five players on double digits in the scoring stakes, paced by Yabusele (16 points and a PIR of 25). Other standout performers were Llull (18  and 19), Hanga (10  rebounds) and Poirier (14 and 22).  This series victory means that our team has now made eight of the last 11 editions of the Final Four and this will be a fourth in the last five years.

Madrid found itself up against the iconic Menora Mivtachim Arena at its best as the home faithful applied massive pressure even before proceedings got underway. However, Madrid wasn't intimidated by the atmosphere. Indeed, the guests were well aware of the importance of making a strong start and shackling Maccabi’s play from the back. The madridistas did just that in a dominant first half in which they outperformed the hosts in all areas (41-51).  Within the space of nine minutes, the team had already netted 25 points and went in at the interval with 51 points on the scoreboard following a collective masterclass. Wilbekin and Zizic paced the hosts with 23 points between them, but that wasn't enough to keep pace with our team’s great accuracy in attack. The 18 assists that were dished out over the course of the two quarters (four from Llull and Causeur) were testament to the team’s fluidity in attack, where up to nine players posted points, with Yabusele (11), Tavares  and the captain (9)  leading the way in these steaks. A special mention also has to go to the job done by Hanga on rebounds (7).

Video.76-87: On to EuroLeague Final Four

Llull puts result beyond hosts’ reach
Following the interval, Maccabi came out showing greater energy as Nunnally stepped up to the plate. It looked as if the hosts would be capable of catching Madrid, who were now holding on without the fluidity in attack shown in the first stanza, but with Poirier very heavily involved and several Llull baskets to keep the opposition at arm's length. The contest’s decisive moment came with the scores at 61-66 with 29 minutes played as Maccabi’s hopes were extinguished. The man who did the damage was Llull  as he netted four points in a question of seconds. A free throw and and a trademark trey on the buzzer at the end of the third quarter extended the team’s lead to 12 points (61-73).

Fine end to excellent series
Rather than the team’s advantage, what was most notable was Real Madrid’s control. At no point in the contest did they give Maccabi any route back into the game as the hosts lost impetus in the face of our team’s solidity. The Madrid lead was even extended to 15 points with five minutes remaining. With the match now over, the joy on the madridista bench was plain to see following a great performance. Our players were exhausted but basked in this comprehensive victory ( 76-87, min.40).  Belgrade now awaits, where we lifted the club’s 10th European Crown in 2018. Madrid will contest the semi-finals on 19 May against the winners of Barça v Bayern Múnich (1-1). 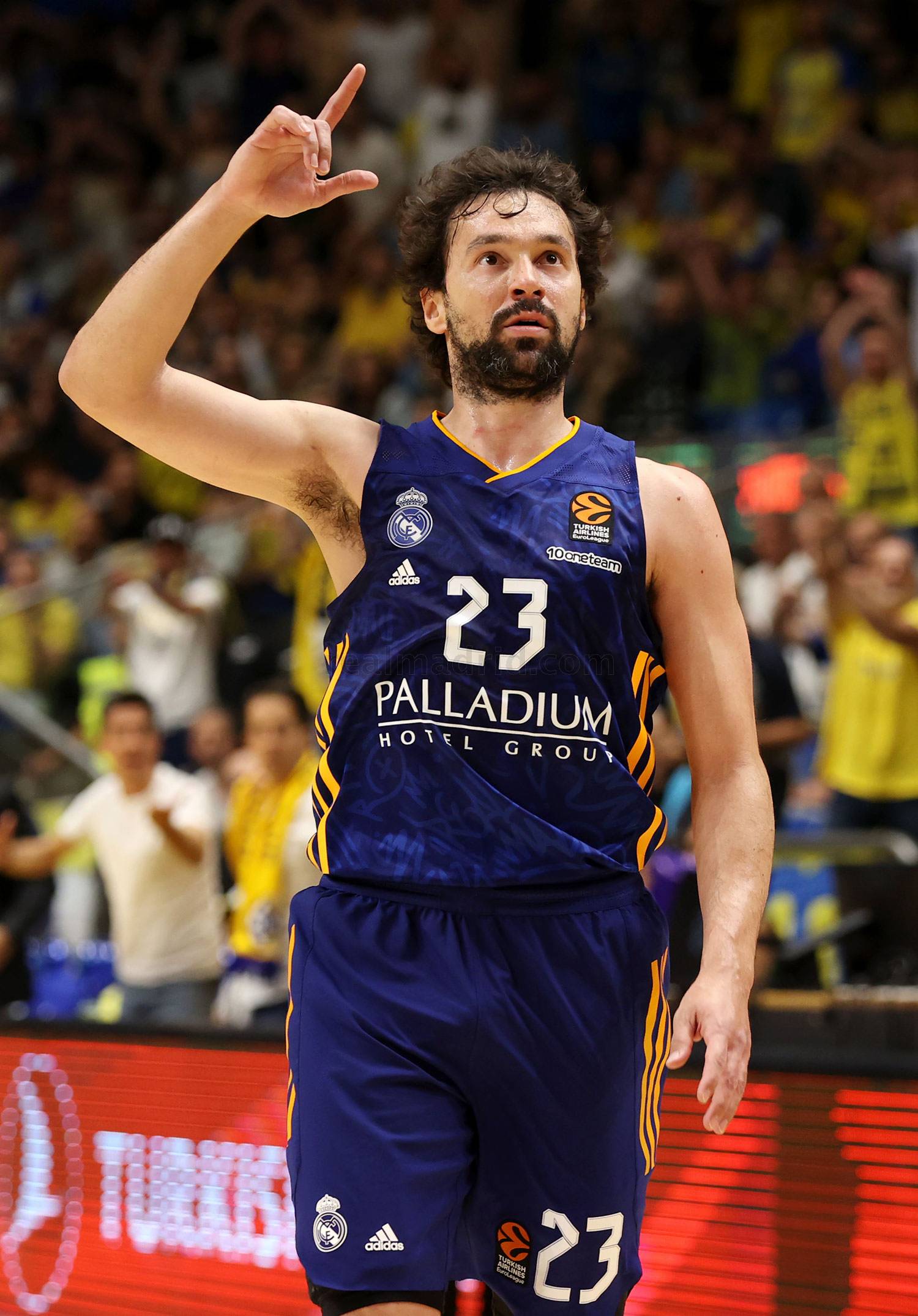 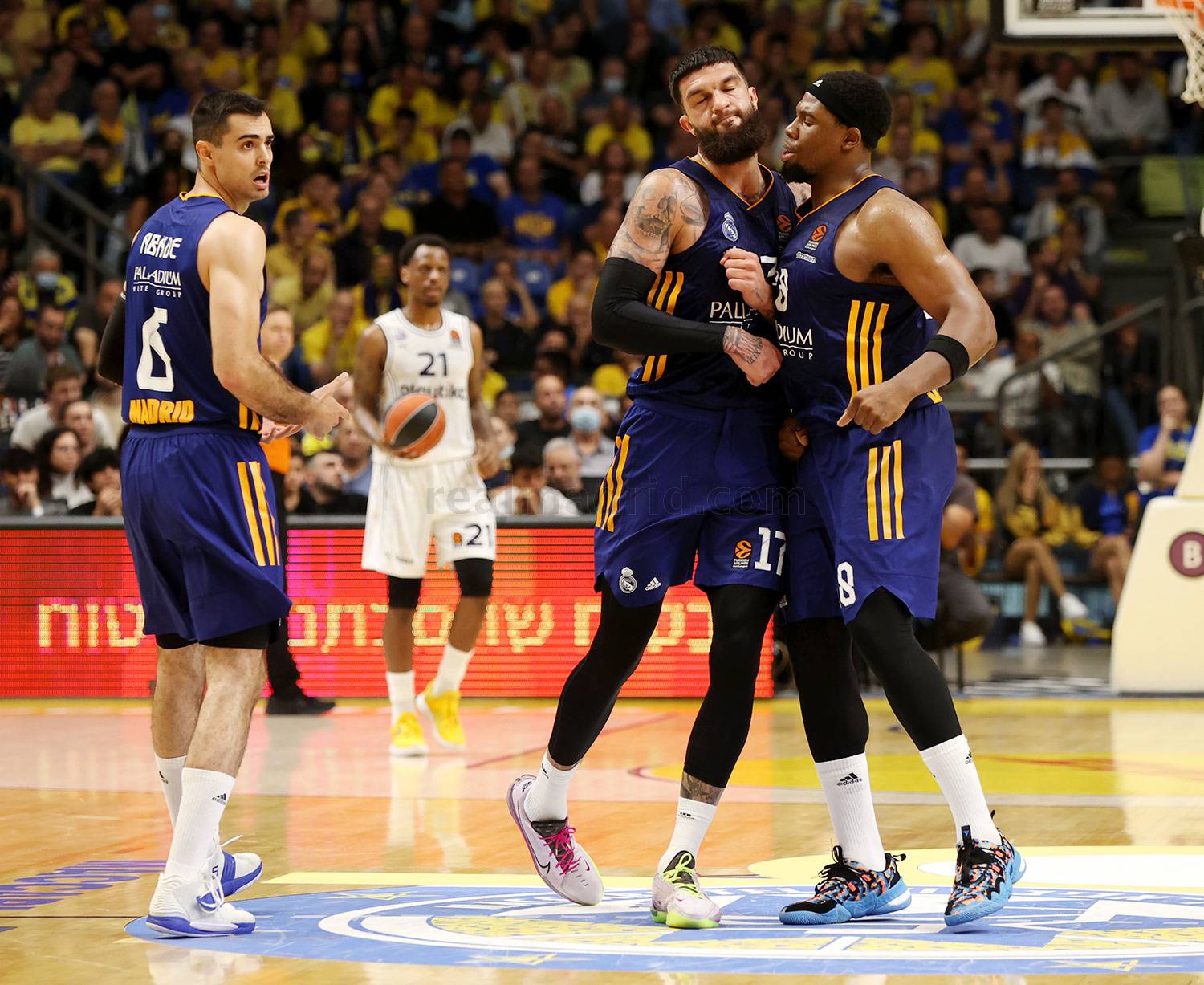 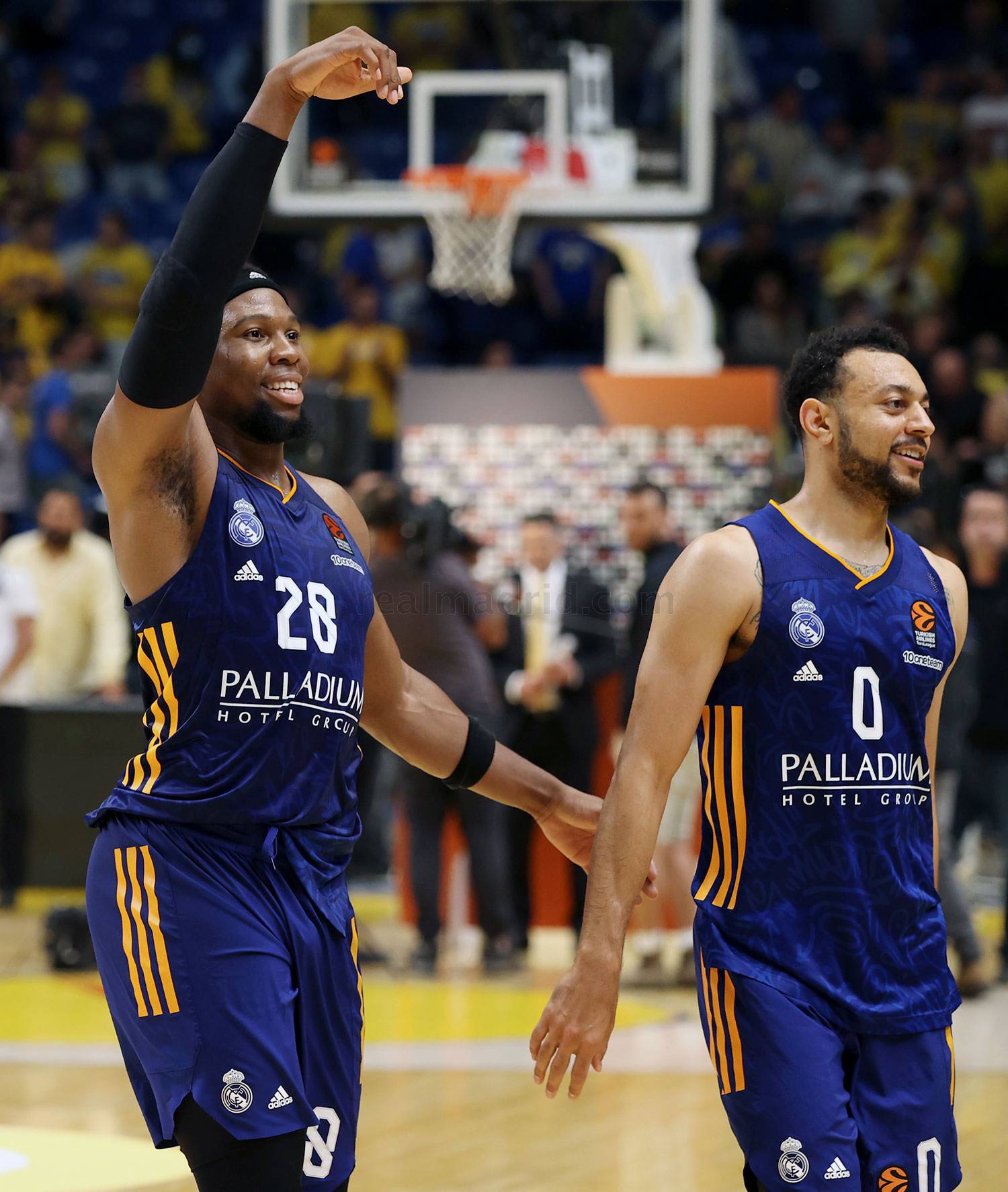 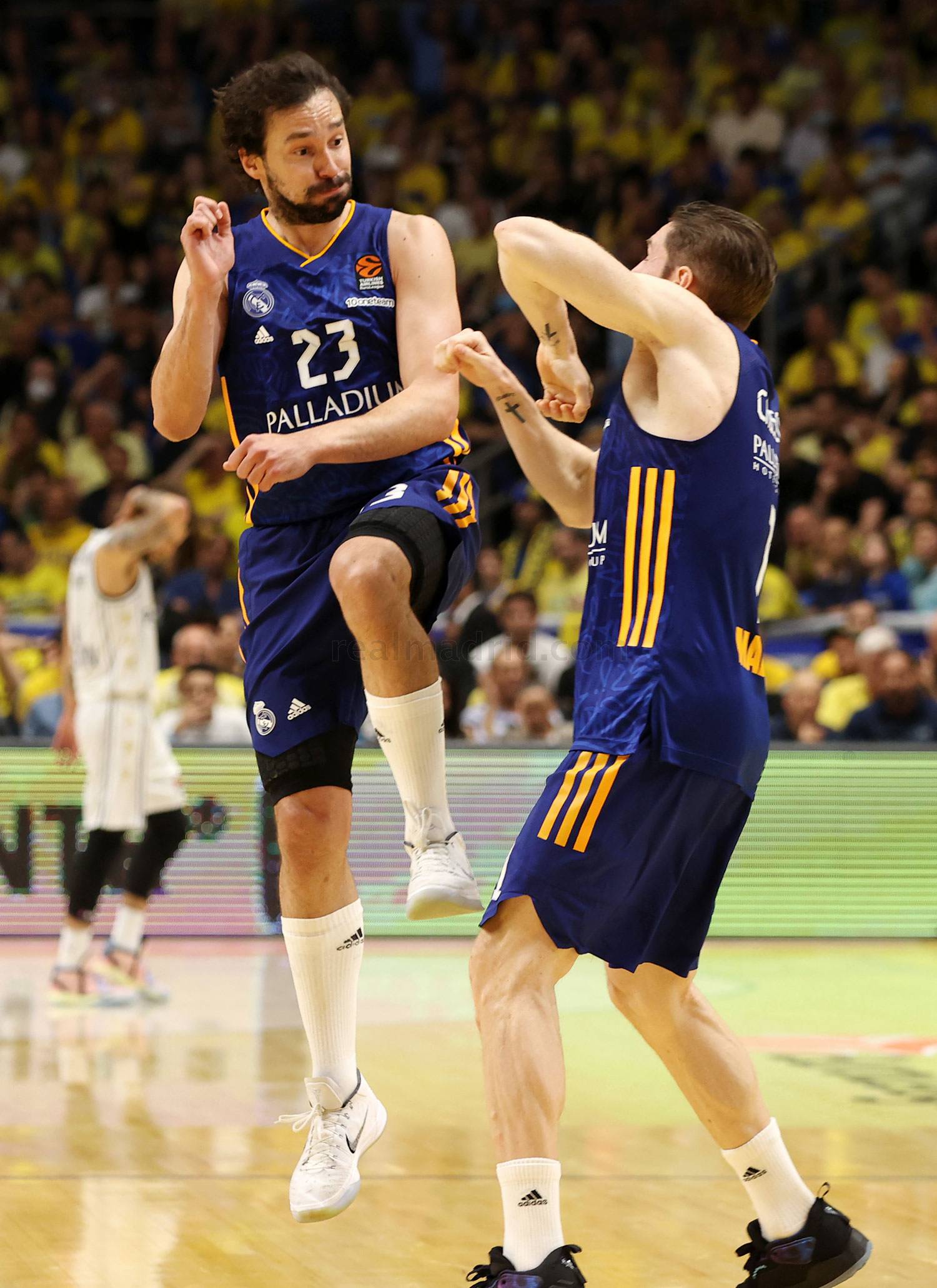 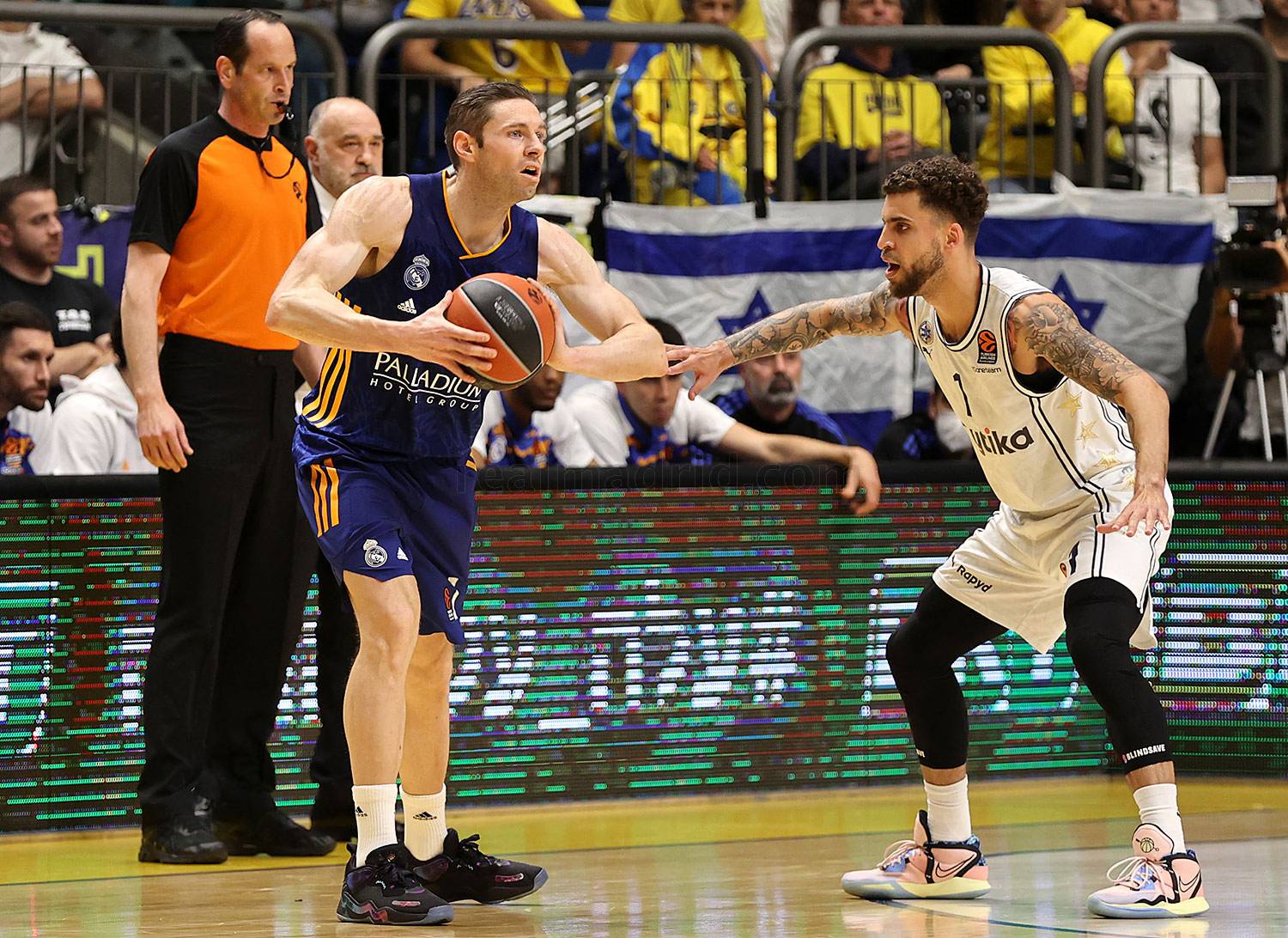 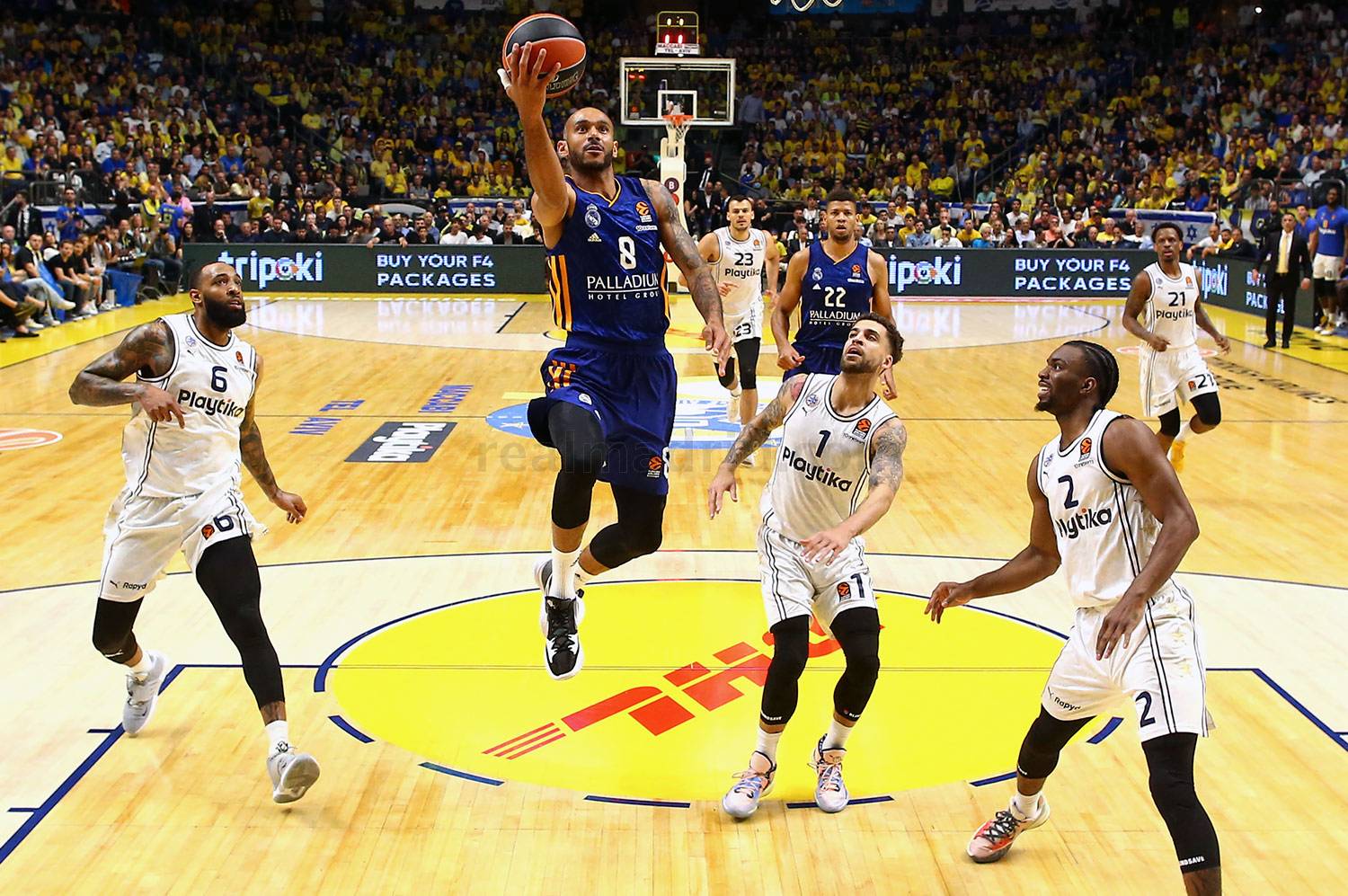 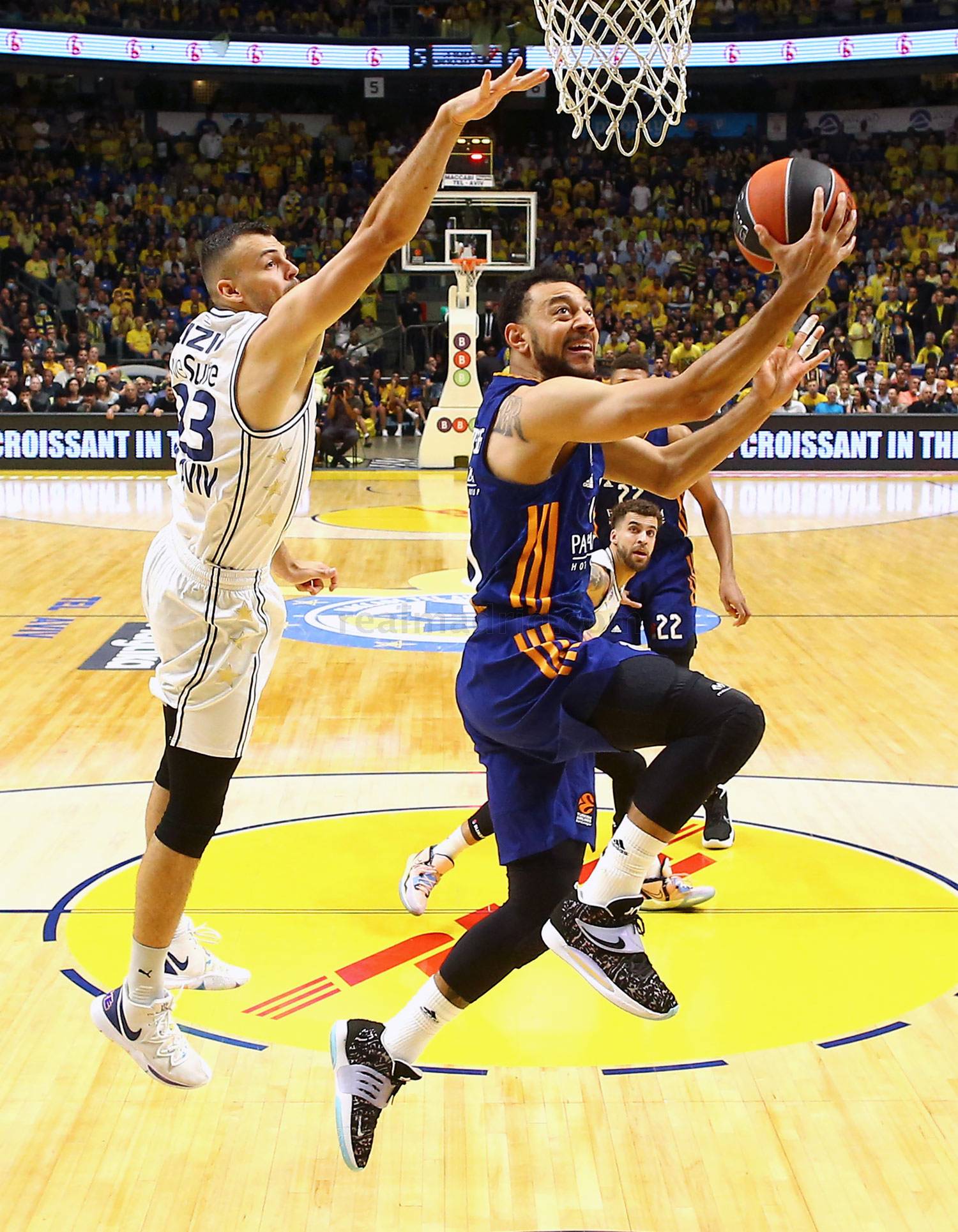 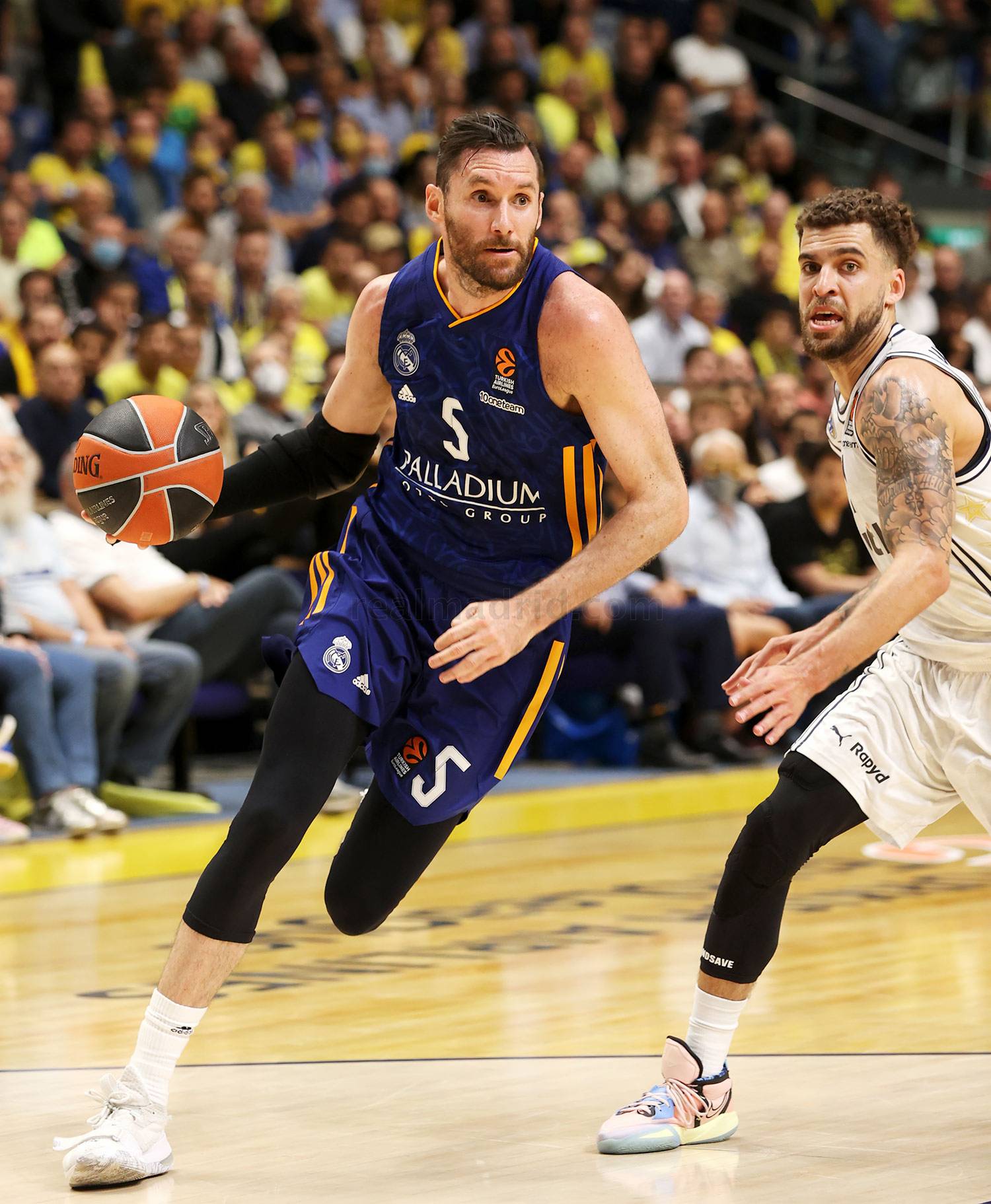 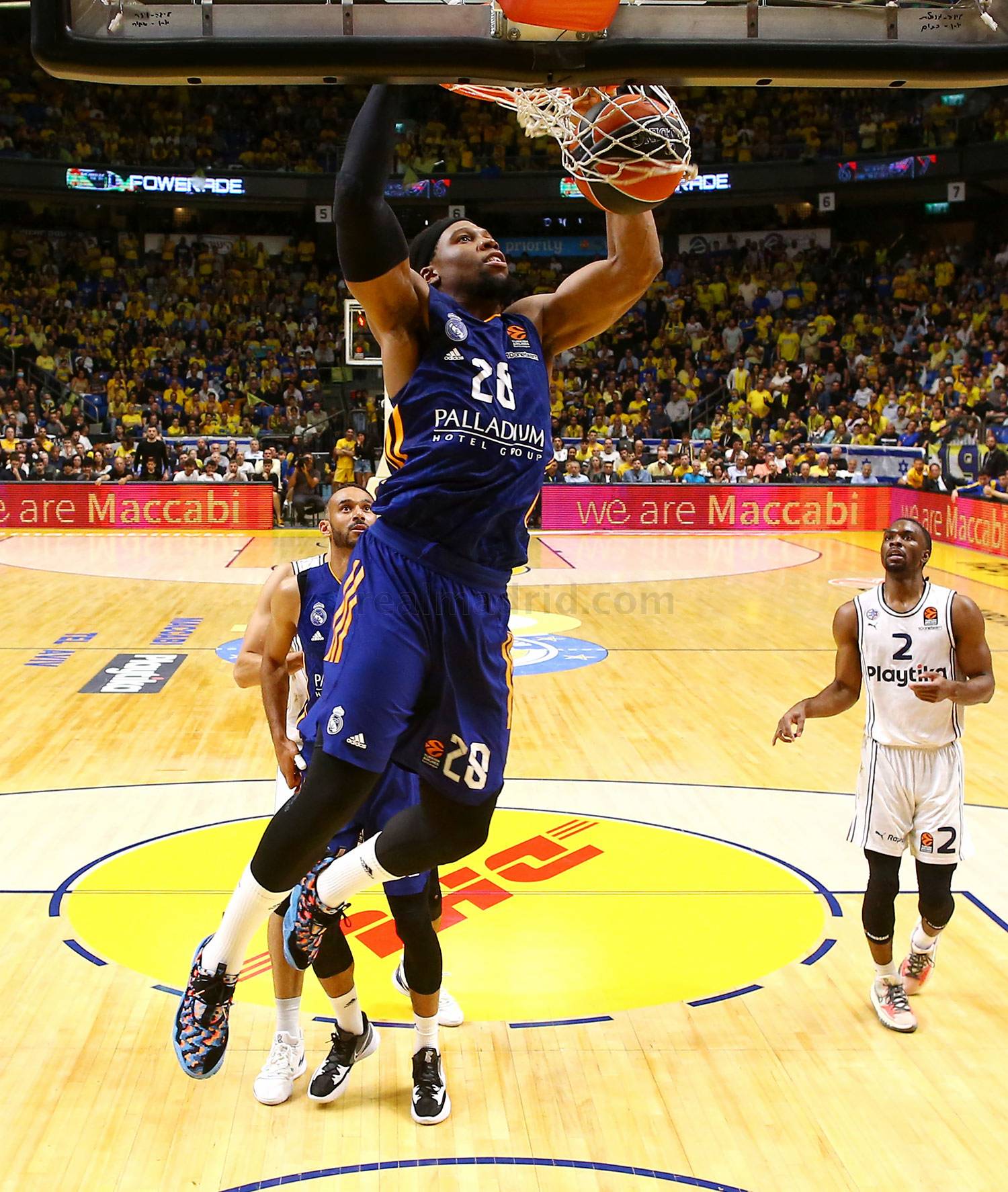 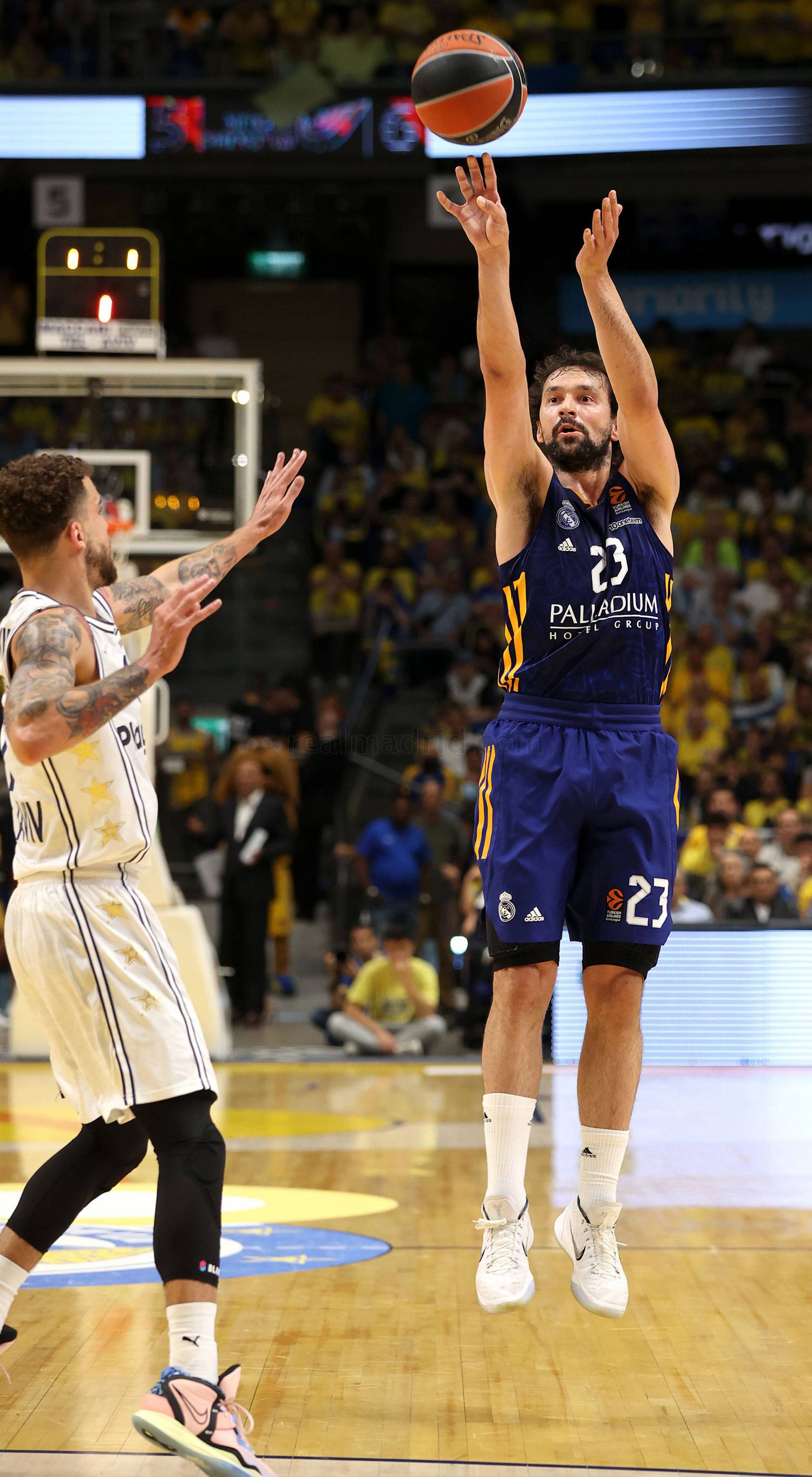 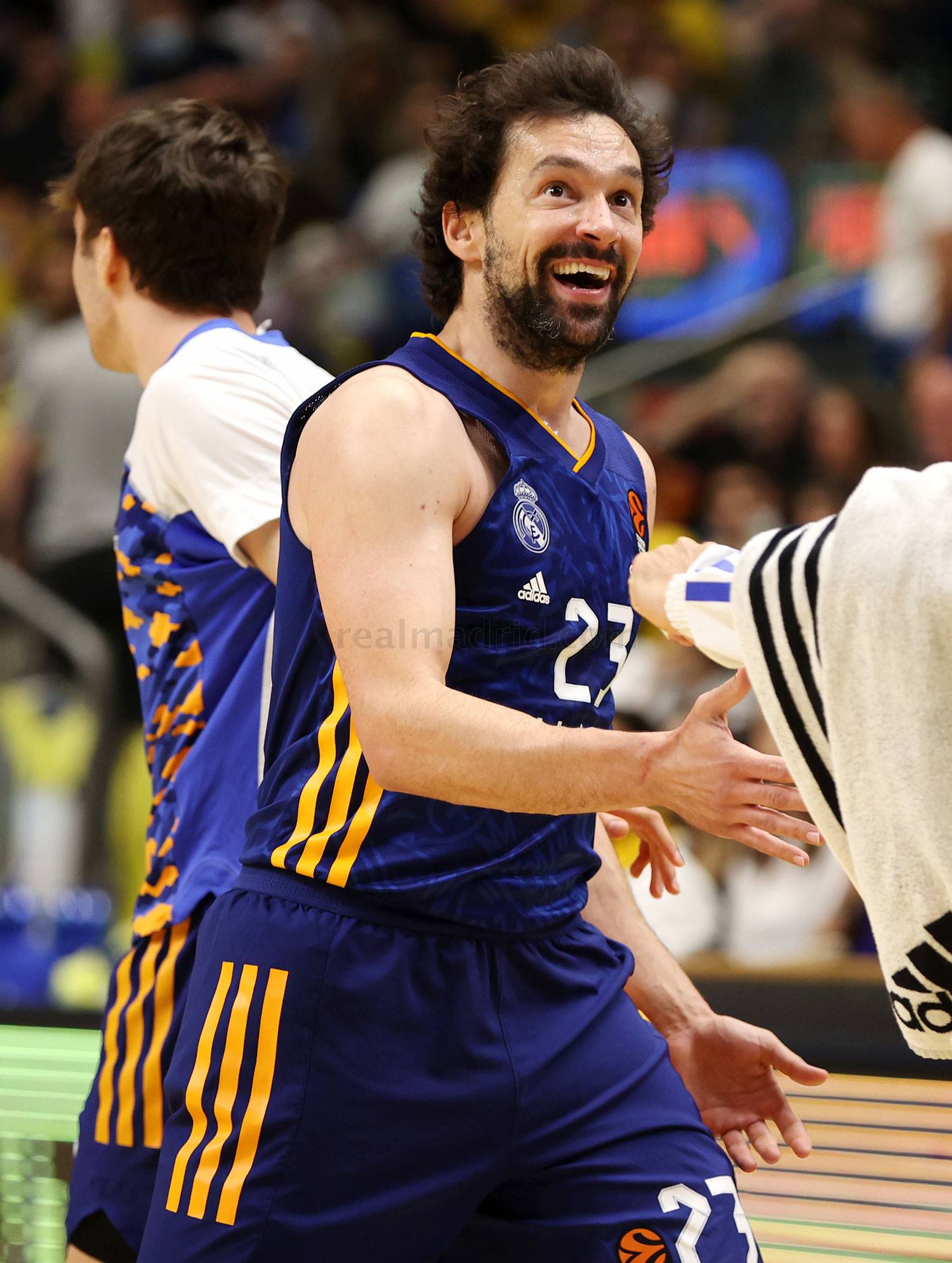