His strike against Sheriff brings the French frontman's tally in the competition to 72 goals and see him surpass Raúl's haul.
Karim Benzema continues to build on his European Cup legacy, with his strike against Sheriff moving him up into fourth place in the competition's all-time goalscoring charts. The French hitman has 72 goals to his name and has now surpassed
Raúl's 71 strikes.

Benzema has scored in each of the last 17 editions of the continent's elite club competition. His first goal came in the 2005/06 season against Rosenborg, for Olympique Lyon, for whom he netted 12 times, while his other 60 goals have come as a Real Madrid player.

Statistics
The first of his goals as a Real Madrid player in Europe was against AC Milan on 3 November 2009. In total, he has found the net against 34 teams in this competition, with Galatasaray on the receiving end the most times (five goals). Ahead of the Frenchman in the list of European Cup top scorers are Cristiano Ronaldo (136), Messi (121) and Lewandowski (75). 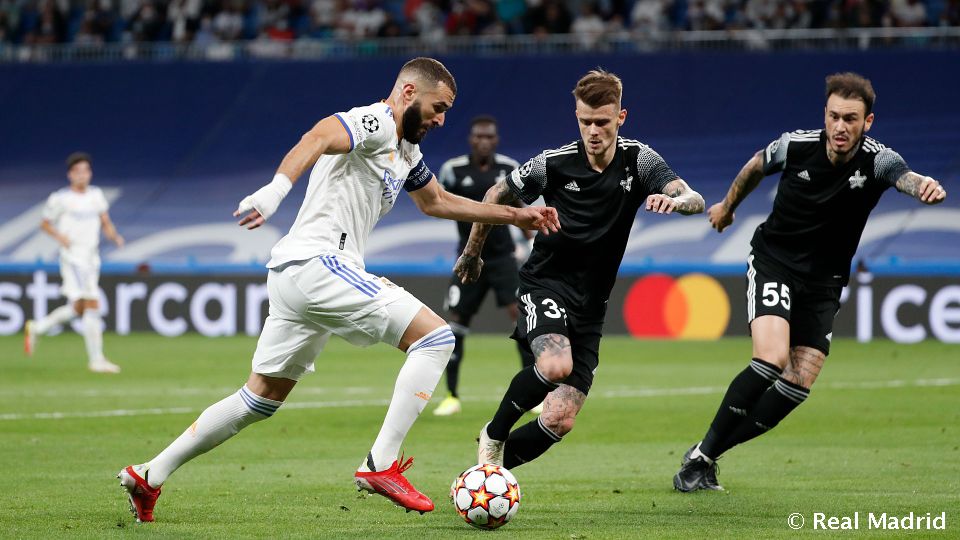