“Real Madrid is a colossal club, the most important in the world”, he said.
Iker Casillas was the last club legend to feature in the Semana Blanca for students at the Real Madrid Graduate School-European University. During the event, which was moderated by Emilio Butragueño, the Madrid icon and deputy director general of the Real Madrid Foundation spoke on the topic of Football and Solidarity: “A massive part of my education has come from this club. From the age of eight, I had the discipline of a footballer drilled into me and you were taught these values by people at the club, instilling in you what Real Madrid was all about. Then you pass on the baton to those who come after you. I’ve been enormously enriched here. It’s a colossal club, the most important in the world”.

“Becoming the best in your position requires sacrifice and sometimes you have to miss loads of things because you have to train. That sacrifice also extended to my parents. You always have to be consistent in what you do. If you want to play for Real Madrid you have to have ambition and confidence in your ability. At the age of ten I was convinced that I’d become the keeper for the first team. I was lucky”.

Return home
“I’m delighted to be back because it means I return to where it all began after a stint in Portugal. And now I’m doing something different and it makes me happy. You get to meet a lot of people that have problems and you can listen to them and try to help. I’m very grateful for the opportunity”.

Work in the Foundation
“For some time now, I’ve been aware of what is happening on a social level and I’ve become more involved because it’s what I need to do at the moment. When you stop playing football you have to learn and try to do what you really like doing. It thrills me that younger children who won't know my name remember it after. Also, older people who express their affection for you”.

“The presence of an ex-player in the Foundation is crucial because many people who follow the club can identify with the players who have worn this shirt. Our job is to represent the club wherever we go and we have a tremendous responsibility. When you are with the Foundation people can relate to you and they remember things they have experienced and that’s a good thing ”.

Mental strength in sport
“You have to be strong mentally. It’s important to be true to yourself. You know after a game if you played well or badly. You also have to try to think ahead about what situations can arise in a game. That’s something I worked a lot on and it really helped me”.

Trophies
“When you start out you don’t realise or you’re not aware, but when you get older that moment when you lift a trophy really excites you. Seeing the amount of people that you make happy from that moment is priceless. These moments are magic and they’re even more worth it for the fans”. 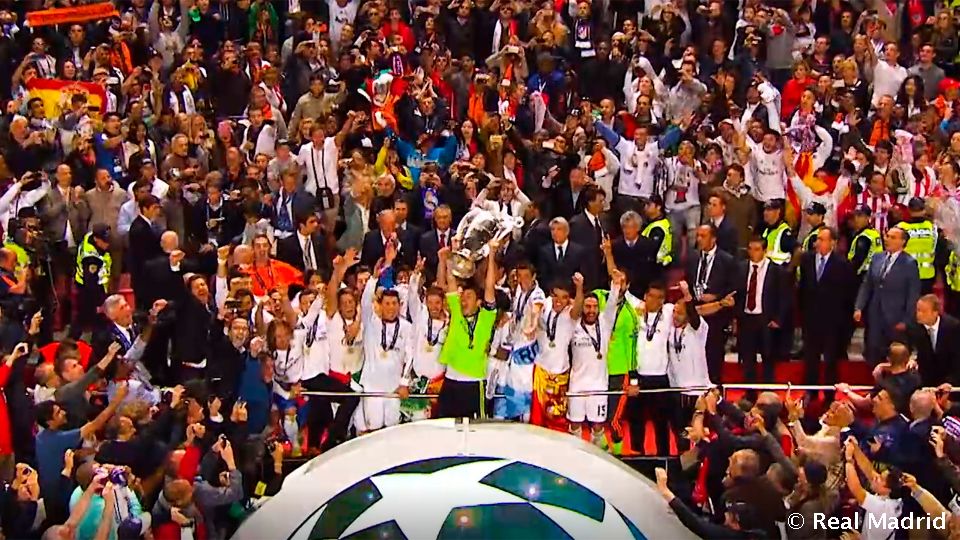