The Whites claimed a 3-0 away triumph over Athletic to cap off a record-breaking campaign that saw the team chalk up 100 points and 121 goals.
Today marks the ninth anniversary of a record-breaking feat in Real Madrid's history: the club's 32nd LaLiga title triumph. On 2 May 2012, the Whites mathematically secured the league honours after running out 3-0 winners over Athletic at San Mamés with two rounds of games remaining. The madridistas set themselves up for victory in the opening 20 minutes following strikes from Gonzalo Higuaín and Mesut Özil, before Cristiano Ronaldo rounded off the scoring after the break.

Real Madrid celebrated the club's 110th anniversary by clinching the title and recording some impressive statistics en route to glory. The Whites became the first team in the competition's history to rack up 100 points, whilst the team also set the current goals record of 121. The madridistas also exceeded the previous record of total wins (32) and away victories (16).

Real Madrid ended the 2011/12 LaLiga campaign nine points ahead of Barcelona, who finished in second. In the individual stakes, Cristiano Ronaldo topped the team's scoring charts (46 goals). That squad was coached by Jose Mourinho, from whom this trophy represented league title success in a fourth country (Portugal, England, Italy and Spain). 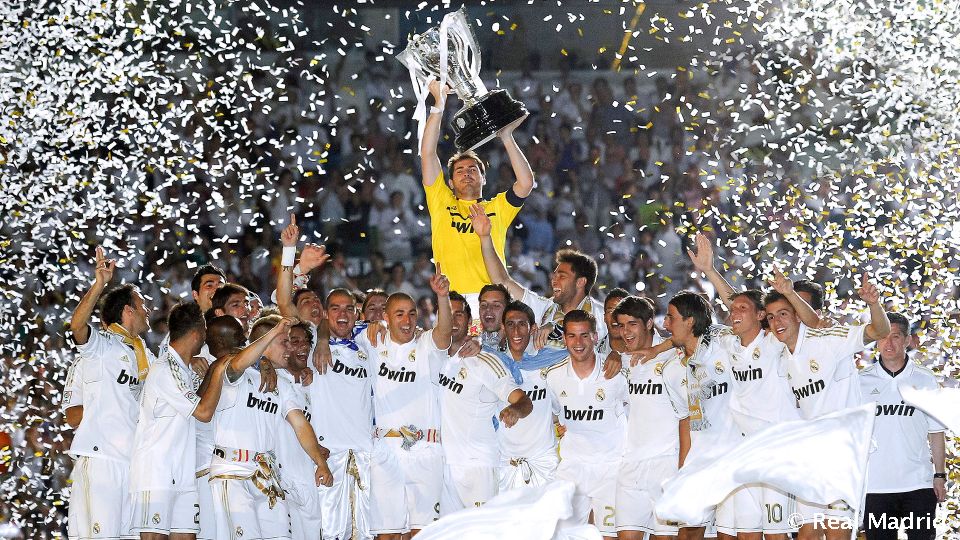