“I have the chance to win my fourth Champions League title, this club has surpassed my expectations”, stated Bale.
Cristiano Ronaldo spoke to the press as part of the Open Media Day, giving his thoughts on the final in Kiev: “It would be a historic moment if we win. We are all really looking forward to it. We can make history if we win three Champions Leagues in a row, but we're not looking at it like that. I am keeping the faith, I feel good about it. These finals are always special occasions. We need to respect Liverpool. They deserve their place in the final. They remind me of the Real Madrid of days gone by, with fast, pacey forwards. I think we are better, but of course you always have to respect your rivals”.

“The Champions League is a meaningful competition for both the club and for me as a player. These nights produce iconic matches. You have to do battle against the best teams in the world. We had a spectacular season and I feel content with it. When you’re at this club you cannot take your foot off the gas, least of all in this competition. I love that side of it because it motivates me a lot and I want to be at my best on Saturday to help the team and lift the trophy. It does not matter who scores."

Bale: “I never imagined I’d play in so many finals”
“I feel great, I'm ready for the final. This is history. Last year we got our second Champions League in a row and now we want more. We know this is no mean feat, we're up against a determined side. I think I'm on fine form physically: I have scored over the last few weeks. A came to this great club to win titles and it is going to be a special day. I never imagined playing in so many finals. I have played in three and this could be a fourth win, it has blown any expectations I had out of the water”.

Kroos: “Being favourites means nothing”
"Playing in one final is difficult; two, even harder; playing in three is crazy. No one has ever achieved it and I do not think it will happen again soon. In matches like this we need a little more focus on our opponents, their style of play and their plans. I have played against Klopp several times and I am familiar with how their teams are: Liverpool will have 11 players running like wild animals, they will be driven for the full 90 minutes and they'll be playing at 100% or more if possible. Their front line is impressive but they have a good defense and a solid midfield. Being favourites does not mean anything."

"A key moment for us was the knockout tie in Paris: people doubted us and it looked like in March we were set for some difficult months but we stamped our authority on the game across Europe”.

Varane: “We want to keep on making history”
“We're preparing well for the match, we know how challenging it will be. We want to keep on making history. Liverpool are in the final for good reason, they have played a great season. The forwards are their focal point and need to be very focused. We are at the last stage of the season in good form and that is great news for everyone because this competition is a driving force for the team. This season has been a vast improvement for me."

Ceballos: “We’ll give our all”
"This will be my first final and it is a historic moment. We stay driven by the game. You dream of playing these kinds of games since childhood and I am over the moon to be able to be at this club and have a chance to make history. The coach tells us that we have to keep calm, be ourselves and keep giving 100% to round off a magnificent season. We're going to go all out." 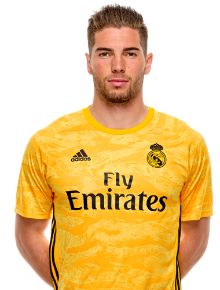 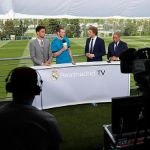