A goal from the Mallorcan snatched the win for the Whites against Leganés, and they'll now look to finish the job at the Bernabéu.
Butarque

1
It looked for all the world like finishing in a stalemate, needing the second leg at the Santiago Bernabéu next Wednesday to pick a winner. This time though, Real Madrid came up with a goal to break the deadlock and snatch victory in the final moments of a tense clash. It was a hard-fought match which yielded chances for both sides, but it was Asensio who pounced to net the winning strike with 89 on the clock and give Zidane's men the edge in the knock-out tie. Just three games separate the madridistas from the Copa del Rey final.

Real Madrid were the dominant from the off, moving the ball around well as they attempted to breach the Leganés back line. A black cloud in the opening stages was the injury to Vallejo, and Nacho came on in his place. Zidane's men slowly began to pose more of a threat around the hosts' area, and in the 23rd minute, Varane headed high, before Kovacic stole in to rob Rubén Pérez but shot wide in the best chance of the first half with 34 minutes gone. Carvajal and Asensio both had further chances before the break but failed to test the opposition goalkeeper.

After the fairly tame first half in terms of attacking play, both teams took it to the next level as the second half got under way. Leganés, who hadn’t troubled Casilla in the opening 45 minutes, were the first to strike. The madridista goalkeeper kept out Naranjo’s attempt (58’). Shortly afterwards, Garitano’s team sent a free-kick into the area and Llorente managed to save the Whites’ blushes by diverting the effort onto the crossbar.

Changes
Zidane looked to get better control of the midfield and sent on Modric and Isco. As the game got into the closing stages, things got more tactical and really opened up. Lucas Vázquez showed moments of real attacking threat down the right, but could not finish accurately enough (72’). Beauvue then forced Casilla to make a quick save. It was blow for blow right up until the last, when on 89’ minutes, Theo sent in a cross from the left, Asensio got past the Leganés back line and poked home with his left to snatch the win for Real Madrid. 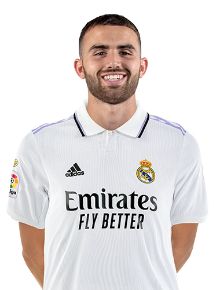 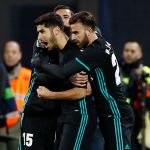