Winners of the Copa del Rey

Real Madrid lifted their second trophy of the season after defeating Barcelona in the final.

Led by a Rudy Fernández enjoying a spectacular vein of form, Madrid again saw off los azulgranas in the trophy decider. A highly intense clash saw the scores tied at 71-71 on 38', before the Whites' defence prevented their opponents from picking up a single point in the final two minutes. Felipe Reyes, Sergio Rodríguez and Andrés Nocioni sealed the triumph.

Boasting averages of 14.6 points, 5 rebounds, 4.6 assists and a PIR of 22, Rudy Fernández was selected as MVP. The Real Madrid small forward is the only player in ACB history to have scooped the accolade in more than one edition of the Copa (he previously won it in 2004 and 2008).

On their way towards the trophy, Real Madrid beat the record for three-pointers in a single Copa del Rey match. The feat came in the semi-final with Fiatc Joventut, when the Whites scored 16 from 25 attempts (an impressive success rate of 65%), to better the previous highest tally by two. Six Madrid players notched up threes, with Sergio Llull's total of 5 out of 5 the particular highlight.

"We're happy at making history with this team", declared captain Felipe Reyes. "We want to win everything this year", added Sergio Rodríguez. The kings of Spain's basketball cup competition shared the trophy with the Madrid fans the following day. "This team of champions know that talent is fundamental, but so too are dedication, sacrifice and the unity created with team-mates", said club president Florentino Pérez during the event.

Winners of the Copa del Rey 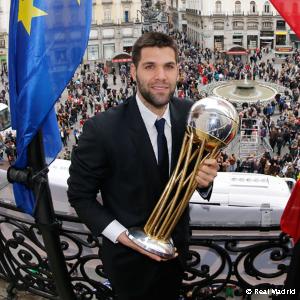 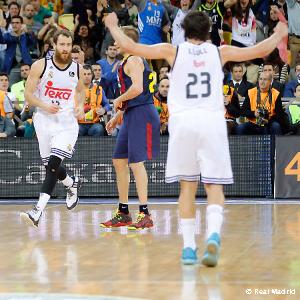 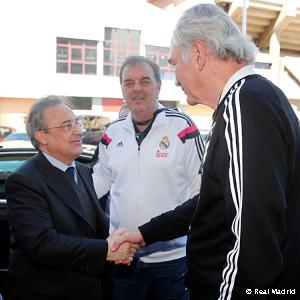 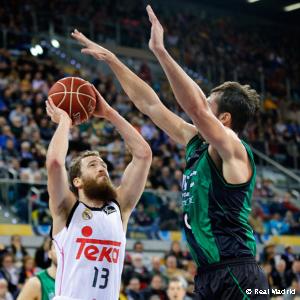 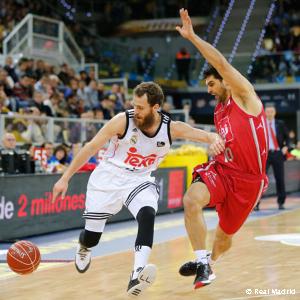