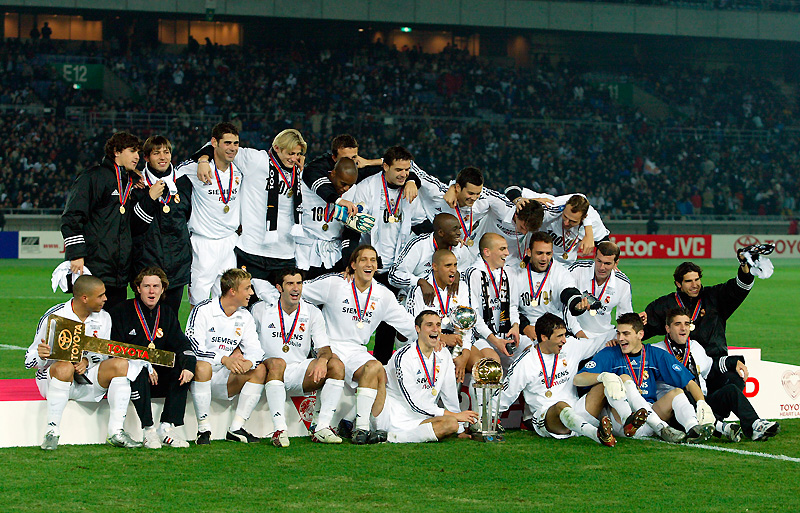 Real Madrid finished its centenary year in sparkling form by winning the third Intercontinental Cup of the club’s history. After winning the Champions League and the European Supercup, the Whites beat Olimpia de Asunción 2-0 in the Yokohama Stadium thanks to goals from Ronaldo and Guti, achieving a historic triple

The Whites won after controlling the game from start to finish and enjoying the best chances. The team from Paraguay, which looked to make the most of its chances on the counterattack, conceded the first goal in the 14th minute. A good pass from Roberto Carlos on the left, Raúl intelligently let the ball run through his legs and Ronaldo, after controlling well, scored with a shot along the ground from his right foot.

After the break the attacks came thick and fast and Guti, who had replaced Ronaldo in the 82nd minute, scored to finish off the match with a great header into the net after a good cross from the right by Figo. Ronaldo was named man of the match and on 3 December 2002 Real Madrid added their third Intercontinental Cup, having also won it in 1960 and 1998.