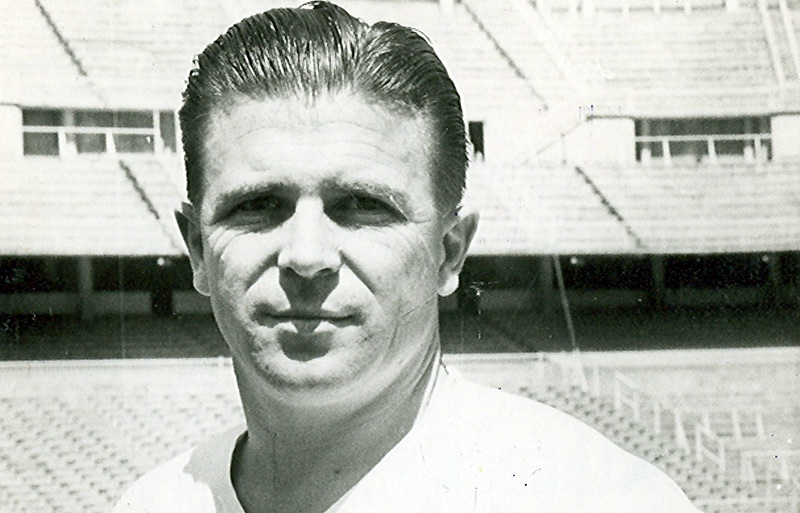 Seventh anniversary of the death of Ferenc Puskas

Ferenc Puskas passed away on 17 November 2006 in Budapest at 79 years old. One of the best players of his time, the forward has gone down in history as a legend of world football. With countless spectacular performances he scored 242 goals in eight seasons with Real Madrid, the fourth top scorer in the club’s 111 years of history, and won three European Cups, an Intercontinental Cup, five Ligas and a Spanish Cup with the Whites.

Ferenc Puskas was born in Budapest (Hungary) on 1 April 1927. The Hungarian striker quickly made a name for himself as a skilled player with an insatiable hunger for goals both with Honved and the Hungarian national team. He led his team to the 1954 World Cup final, where Puskas’ opening goal against West Germany wasn’t enough to give Hungary the title. He joined Real Madrid in 1958 at the age of 31 and confirmed that he was one of the best strikers in the world from the start. Power, accuracy and intelligent positioning were some of the skills that helped the player net 242 official goals with the Whites.

Spectacular performances by the Hungarian forward, like the four goals he scored in the European Cup final against Eintracht Frankfurt, are still alive and well in Real Madrid’s memory. Last month the Realmadrid Foundation honoured the striker by installing a bust at Real Madrid City, the Luis de Carlos forum dedicated a session to the player, and an exhibition of exclusive objects lent by the Ferenc Puskas Academy is on display on the Bernabéu Tour.