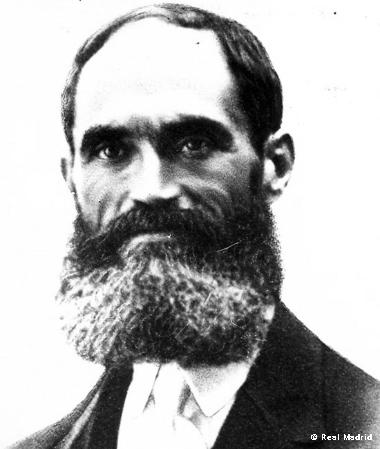 The Barcelona born Juan Padrós was one of the founders of Real Madrid and its first official president. Along with his brother Carlos and other former members of the ‘Foot Ball Club Sky’, on the 6th of March 1902 he founded the ‘Madrid Foot Ball Club’, which was the original name of Real Madrid. He was a man whose consuming passion was football as he proved by presiding the first Spanish Federation of Football Clubs and he was also instrumental in the creation of the Royal Spanish Football Federation.

The Padrós brothers set out to create a national championship between clubs and the ‘Madrid Competition’, which was played in 1903, laid the foundations for the Championship of Spain and subsequently led to what is now known as the Copa del Rey knockout competition. This was undoubtedly a milestone for Real Madrid in particular and for Spanish football in general.

During his term as president of the club, Real Madrid won their first title in 1903, the Regional Championship, which was just the first of the many national and international honours that would follow. The club then took over a team called AS Amicale and merged with Moderno F. C. and that was when Juan Padrós left the presidency.

His last post in the football world was as president of the Spanish Federation of Football Clubs where he spent a year in which he also managed to unite the sport in Spain through the Royal Spanish Football Federation which was founded 1913.