The match in aid of the victims of the volcano in La Palma will take place on 17 December, at 7:30 pm (CET), at the Heliodoro Rodríguez López stadium.

Real Madrid and Tenerife presented the charity match in aid of the victims of the volcano in La Palma. The clash between the madridista club legends and the islanders will be played at the Heliodoro Rodríguez López stadium on 17 December, at 7:30 pm (CET). The aim of this event is to raise funds to alleviate the effects of this tragedy.

At the presentation ceremony, hosted at the headquarters of the Canary Islands Government in Santa Cruz de Tenerife, Real Madrid's Director of Institutional Relations, Emilio Butragueño,  said: “On behalf of Real Madrid, we would like to assure those affected that they certainly have our affection, our strength and our solidarity. We stand here for all of them. Football is an extraordinary tool for solidarity, which is capable of transmitting the values of sport. This match seeks to symbolise these values”.

Meanwhile, Milagros Luis Brito, second vice-president of Tenerife, said: "The proposal we received from Real Madrid struck us as one of the most beautiful and charitable gestures with the purpose of raising funds for those affected. We have to strive to highlight La Palma and fill the stadium. I would like to express my gratitude to Real Madrid, who have made it possible for us to play at the Heliodoro Rodríguez López on the 17th".

Mariano Hernández Zapata, president of the Cabildo Insular de La Palma, commented: "From the island of La Palma, we would like to send a message of gratitude to both Real Madrid and Tenerife. I am enormously delighted that Real Madrid are supporting this situation".

Real Madrid legends including Iker Casillas and Roberto Carlos attended the presentation along with Juan Manuel Quintero, Suso Santana and Ricardo León, former Tenerife players. The event came to an end with a group photo of all those present posing with the shirts of both teams.

Collaboration
Real Madrid and Tenerife have established a means of financially collaborating with the victims of the volcano in La Palma through a fund-raising account, whose bizum code is 03896. 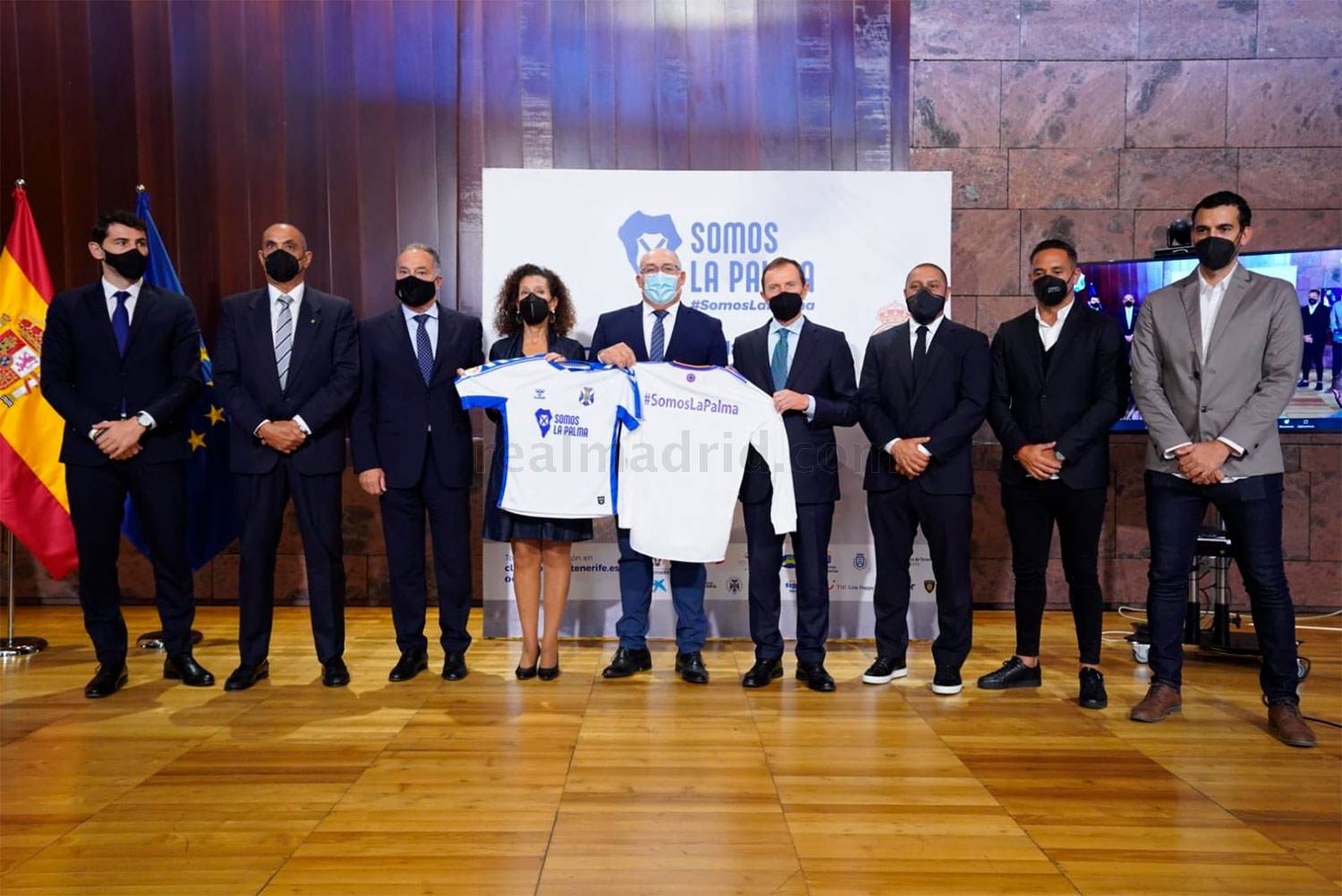 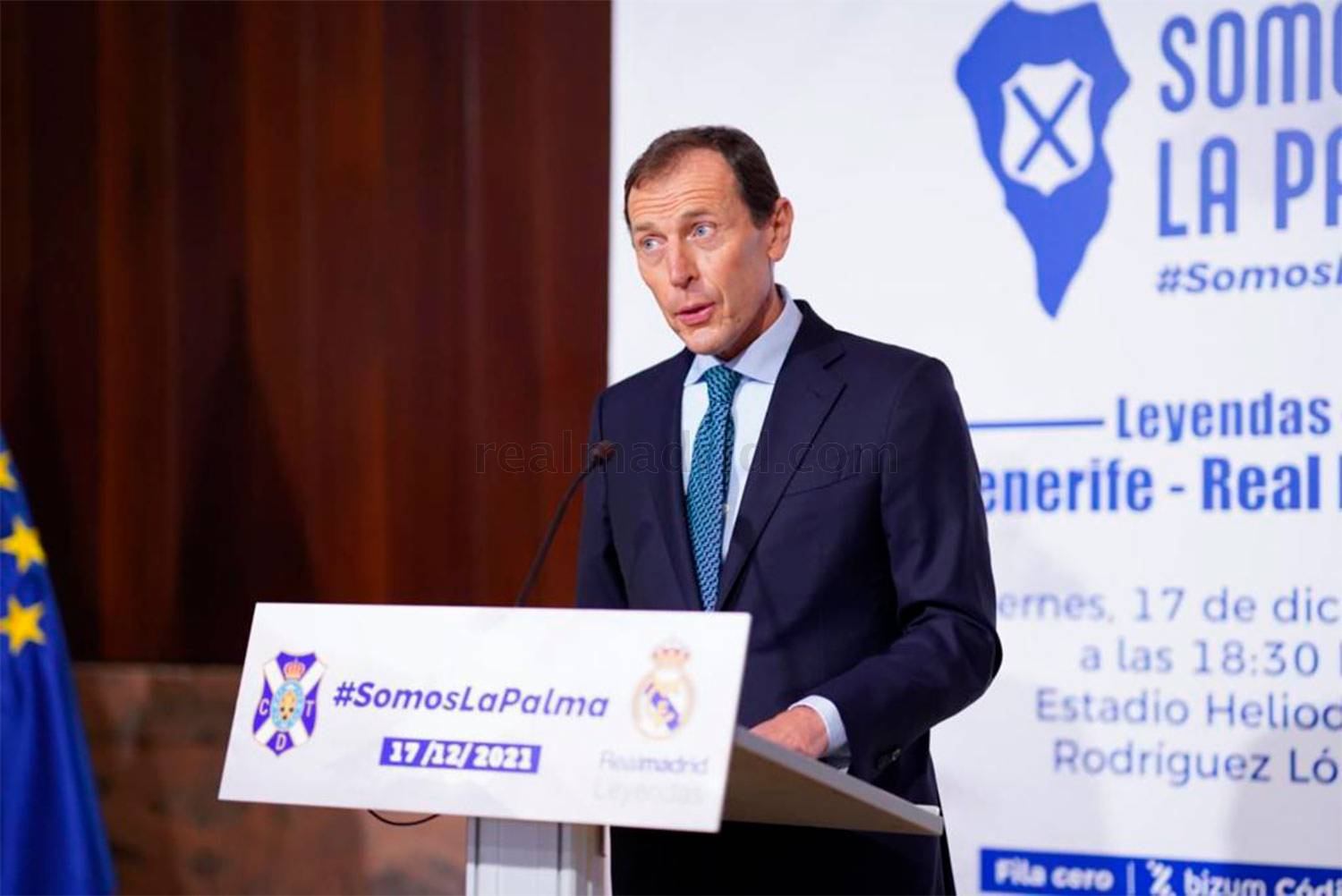 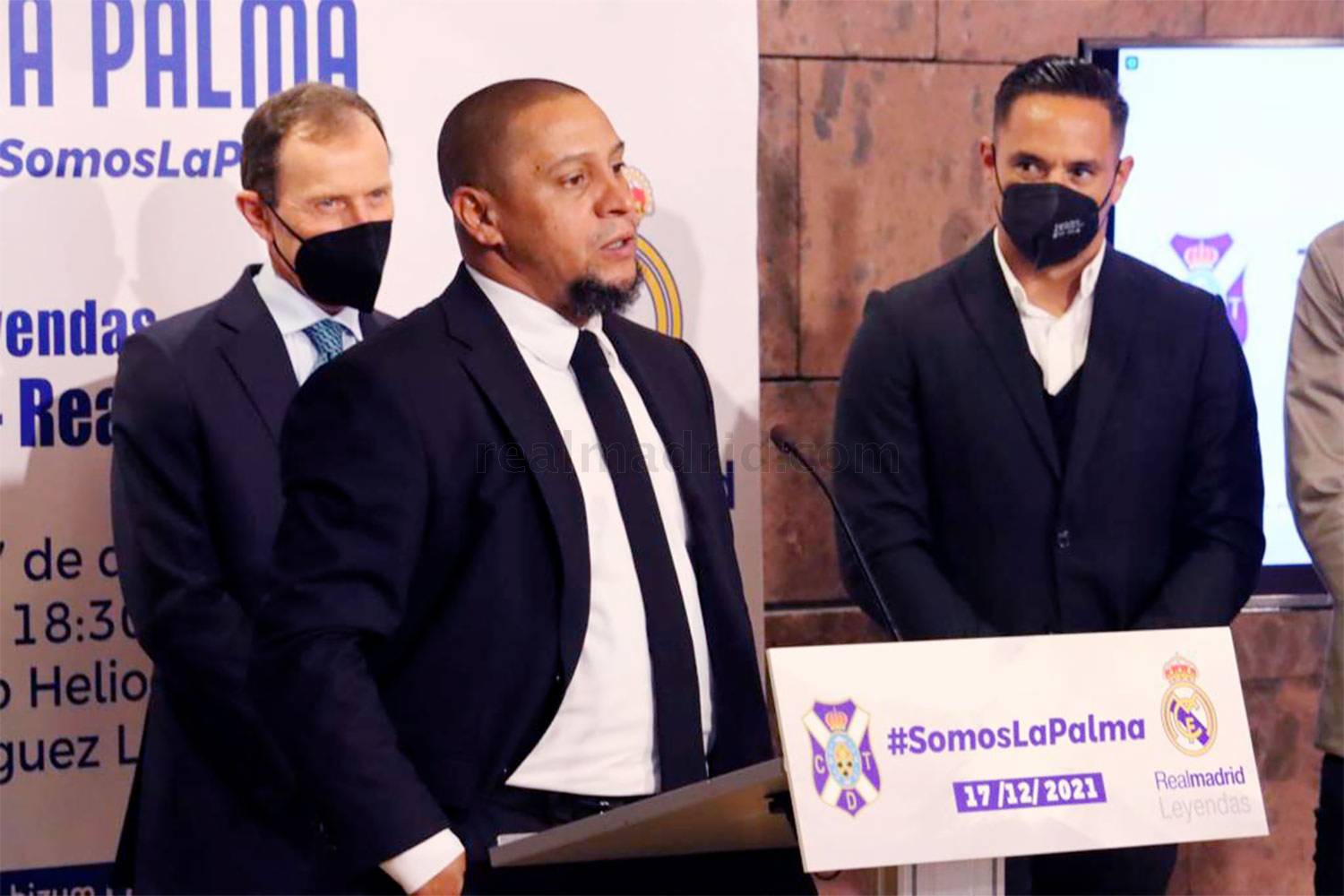 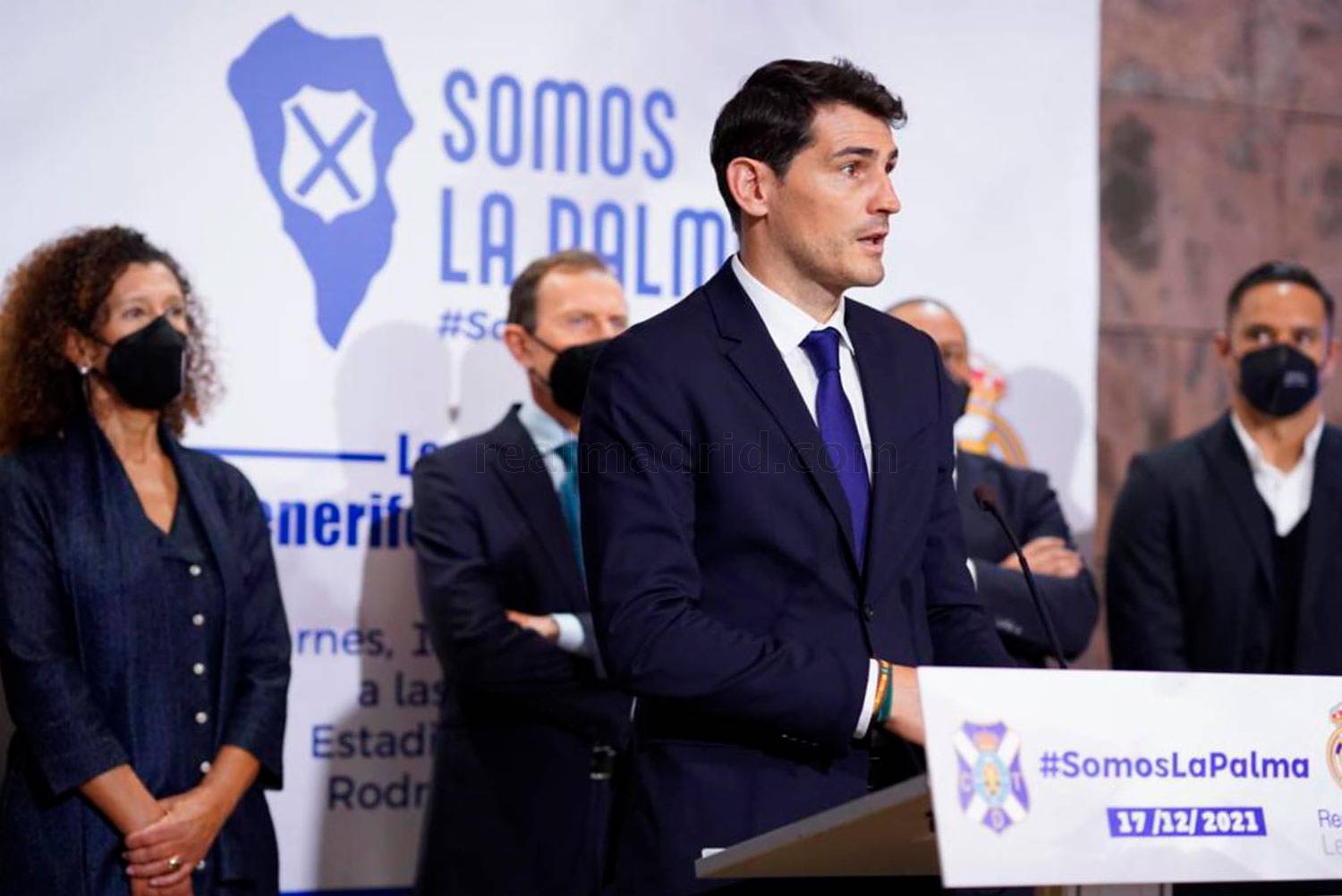