Second EuroLeague victory of the week

Real Madrid defeats the Serbian side at the WiZink Center after a fine third quarter. Tavares, Poirier and Hanga into double PIR figures

Real Madrid completed this week’s EuroLeague double-header by moving to the top of the competition standings, at least until Friday, after defeating Estrella Roja at the WiZink Center, having previously won away against Asvel on Tuesday. Pablo Laso’s side put in a hard-fought performance against the Serbs, who put the hosts under pressure right from the tip-off. After half-time, the Whites managed to fight on despite the accumulated fatigue to seal their ninth win after a sublime third quarter. Five players finished on double digits in scoring, led by Tavares and Poirier (23 each), and Hanga (22). Rudy produced a 17-minute exhibition (7 points, 5 assists, 6 rebounds and 2 steals). Causeur made his 300th appearance for Madrid, to help the side match its best run so far this campaign of four straight European wins.

Backed by a solid defence, Real Madrid quickly took the initiative in a first quarter, thanks to some fluent scoring and intimidation in their own zone against Estrella Roja. The team's three blocks were evidence of this, but the hosts gradually began to fade in attack. A slamdunk by Yabusele made it 14-5 in the 5th minute, but their opponents, slowly but surely, grew with the introduction of Zirbes, who gave them more presence in the paint. His seven straight points and a 2+1 from Hollins levelled the score at 16 in the first minute of the second quarter.

Evenly balanced
Pablo Laso tried to freshen up the side with the rotations, but the team still lacked pizzazz. The visitors contained the madridistas, who lacked the three-point shooting success of the previous matchup, although the hosts were spearheaded by Poirier in attack (3 consecutive dunks) and Hanga, who produced another three-point play. The Serbian team managed to take the lead for the first time in the game at 25-26 in the 17th minute, with the hosts making more losses in defence than usual, led by Dobric in attack. The rest of the second quarter was an on-and-off exchange of baskets between the two teams, with Rudy and Yabusele taking centre stage for the home side (32-32).

After the re-start, Madrid came out a different side, with much more energy, to change the course of the game. The team did so by producing a superb third quarter both in defence and in attack, putting together a 25-14 run. The Whites regained their usual, rapid pace of play, led by Heurtel (9 points in this period), a dominant Tavares in the paint (4 blocks), Causeur's excellent work on Dobric and Rudy's intelligent play. Laso's charges bossed the proceedings and the visitors could not keep up in the scoring as the madridistas opened up a 13-point lead during the third quarter.

On the road to victory
Having done the hardest part, it was time to finish the job off, and the hosts did so with great energy and high intensity. Rudy dictated the game with an exhibition of his skills in all aspects of the game, producing several moves that brought the WiZink Center to its feet. A three-pointer and a steal with a blindly-played assist for Poirier on the next play sealed the game for the hosts. But Madrid refused to take its foot off the gas. The French center, Abalde and Hanga combined in attack to take the lead to 19 points on several occasions in the last quarter before the opponent brought the score back to 79-67 in the final moments. Now the Whites must immediately turn their attention to Sunday’s matchup against Coosur Betis (12:30 pm CET). 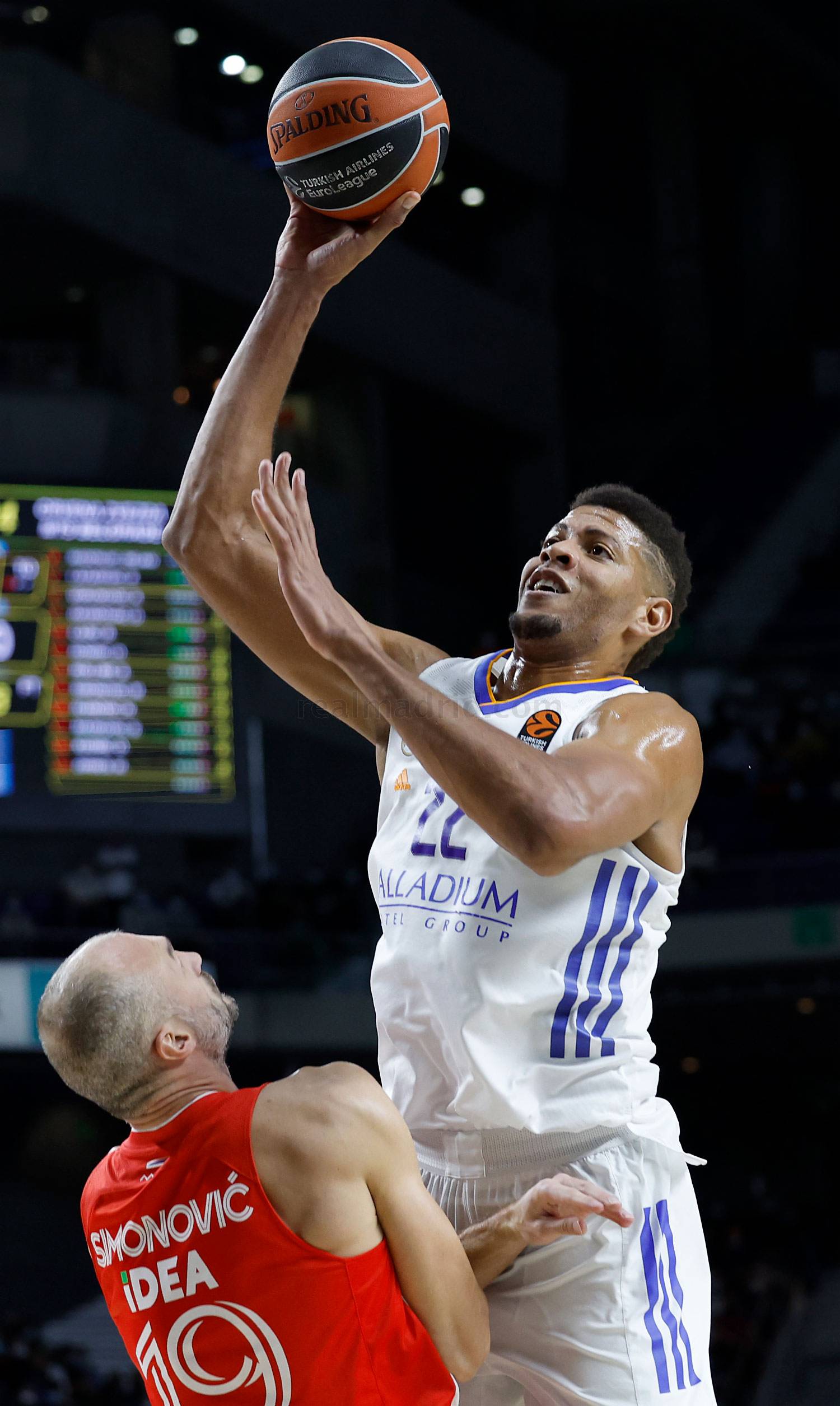 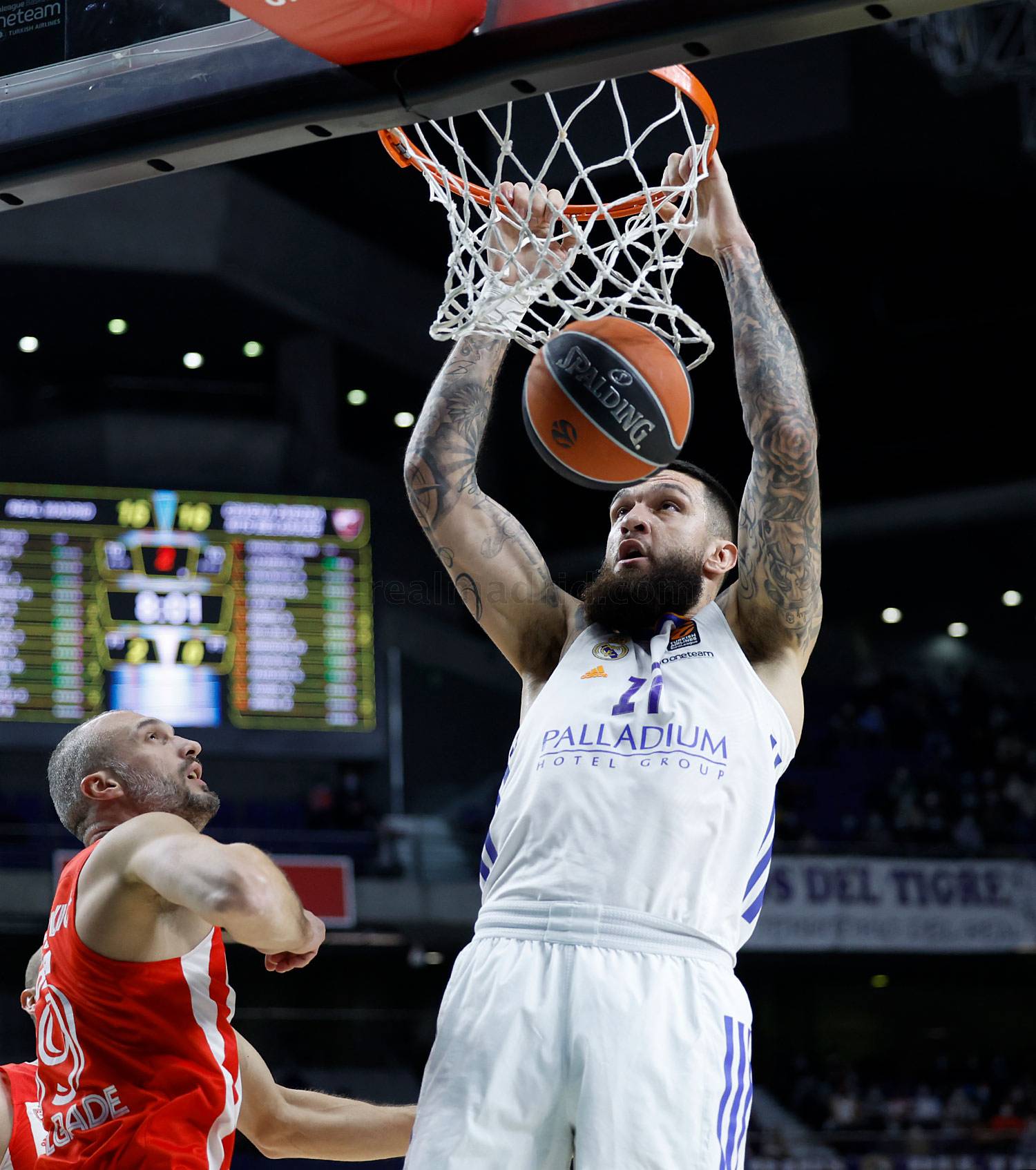 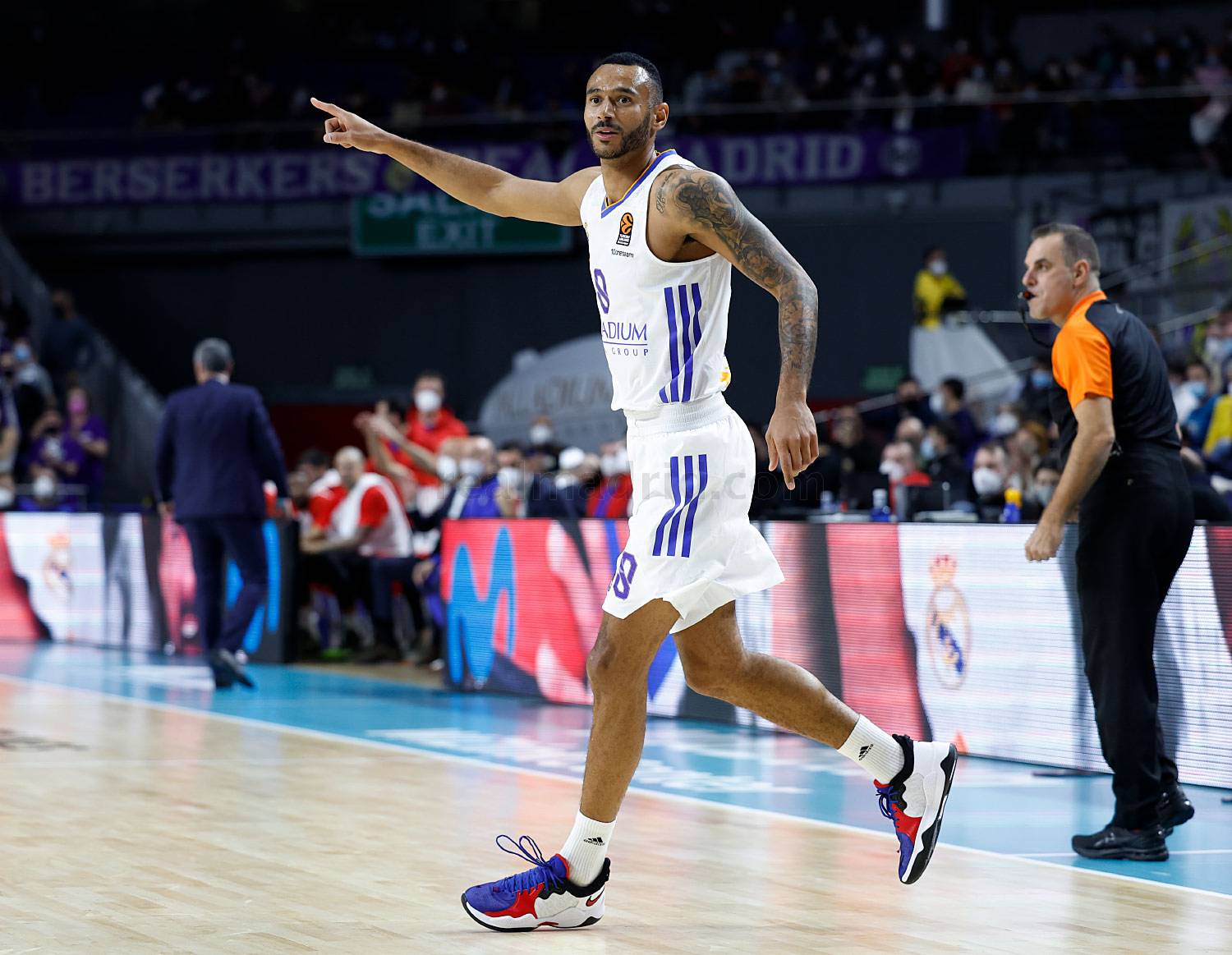 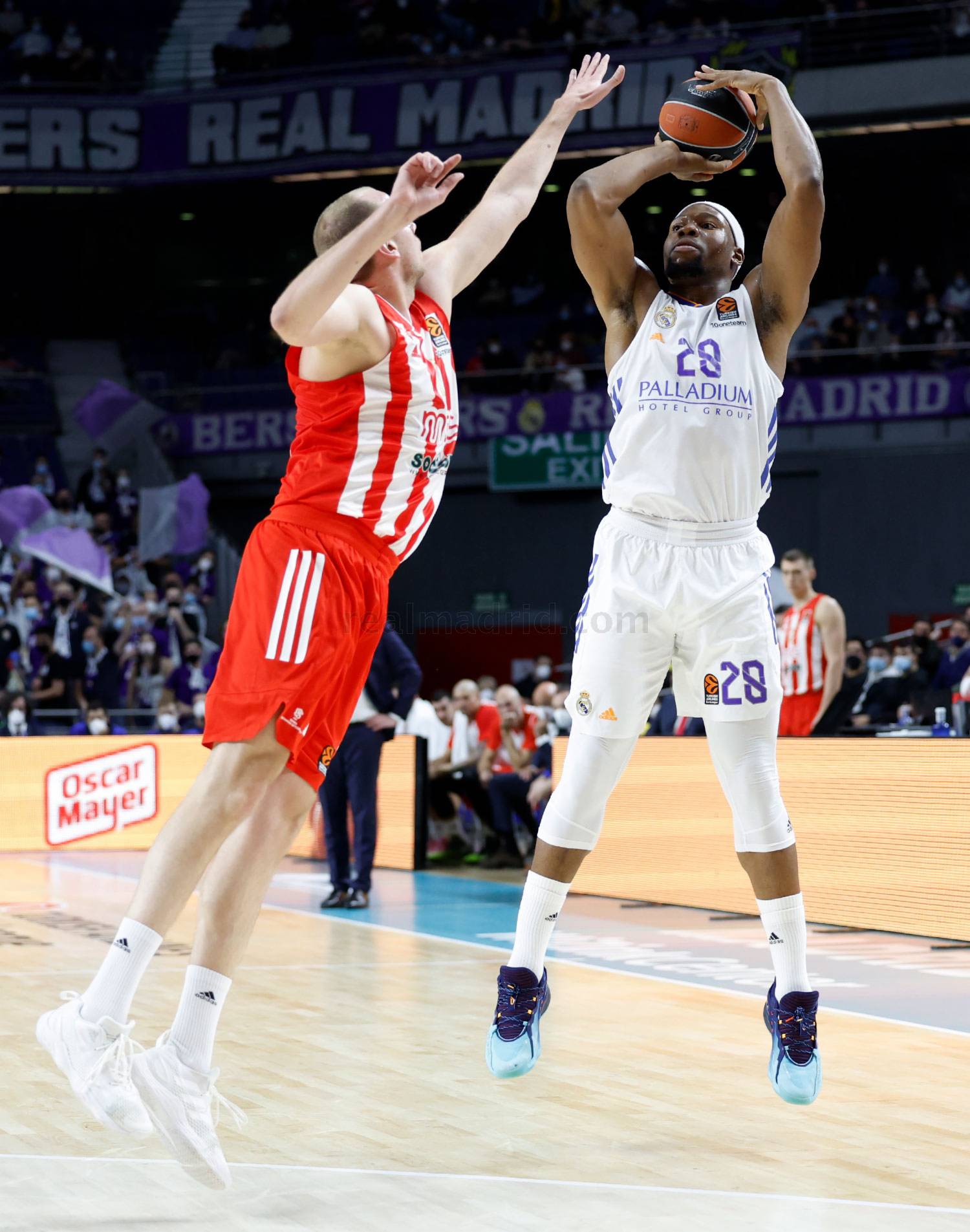 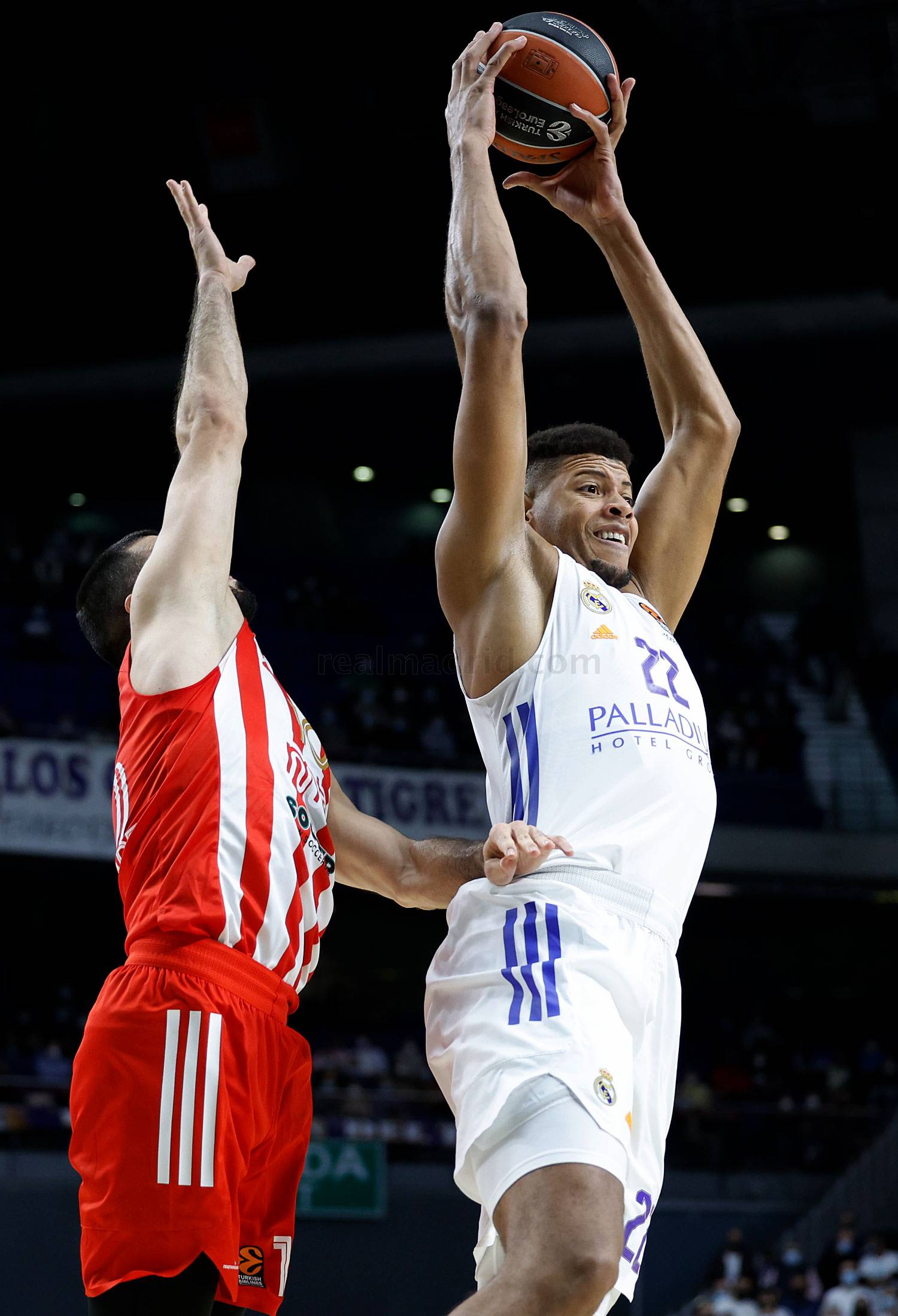 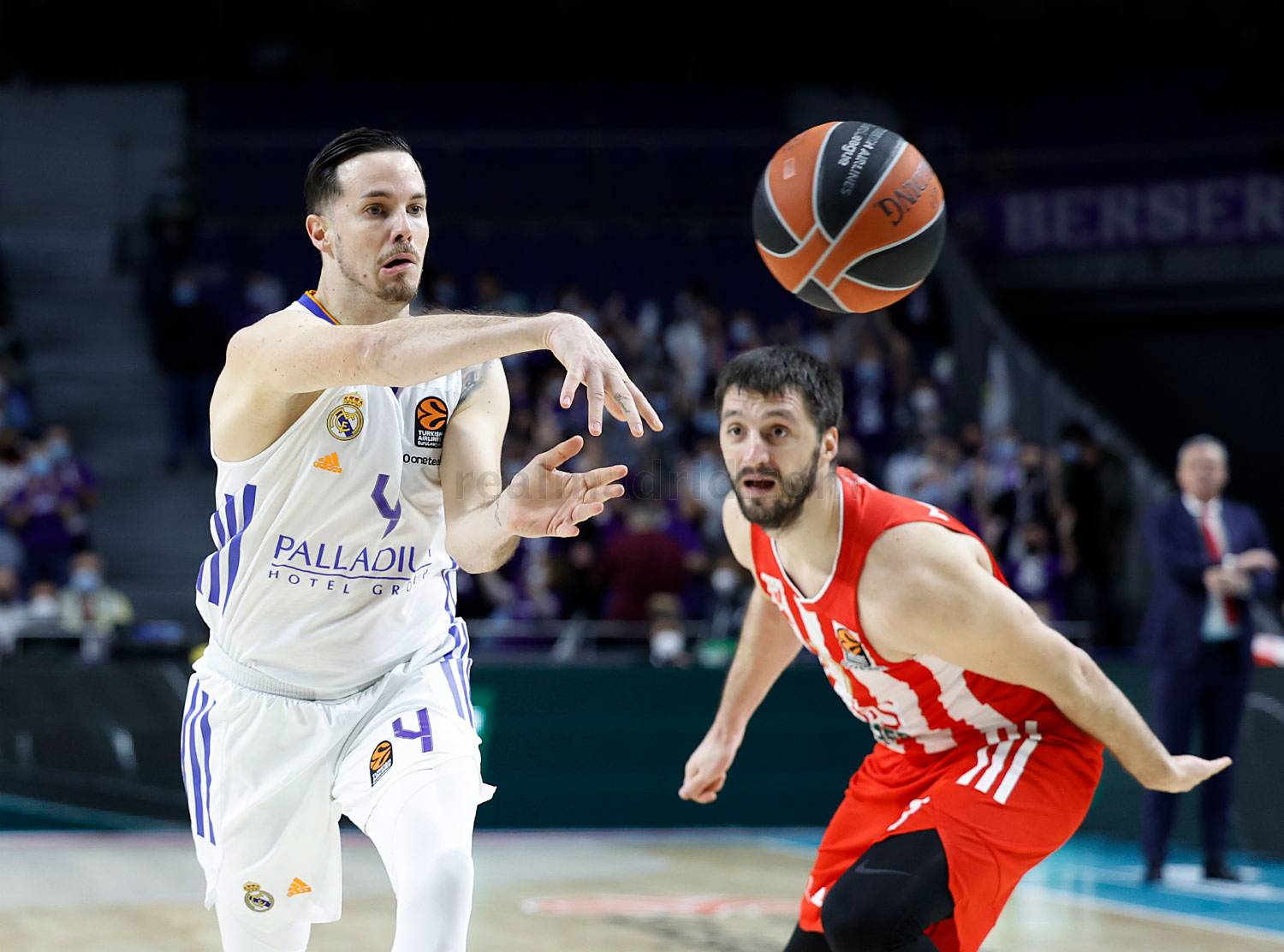 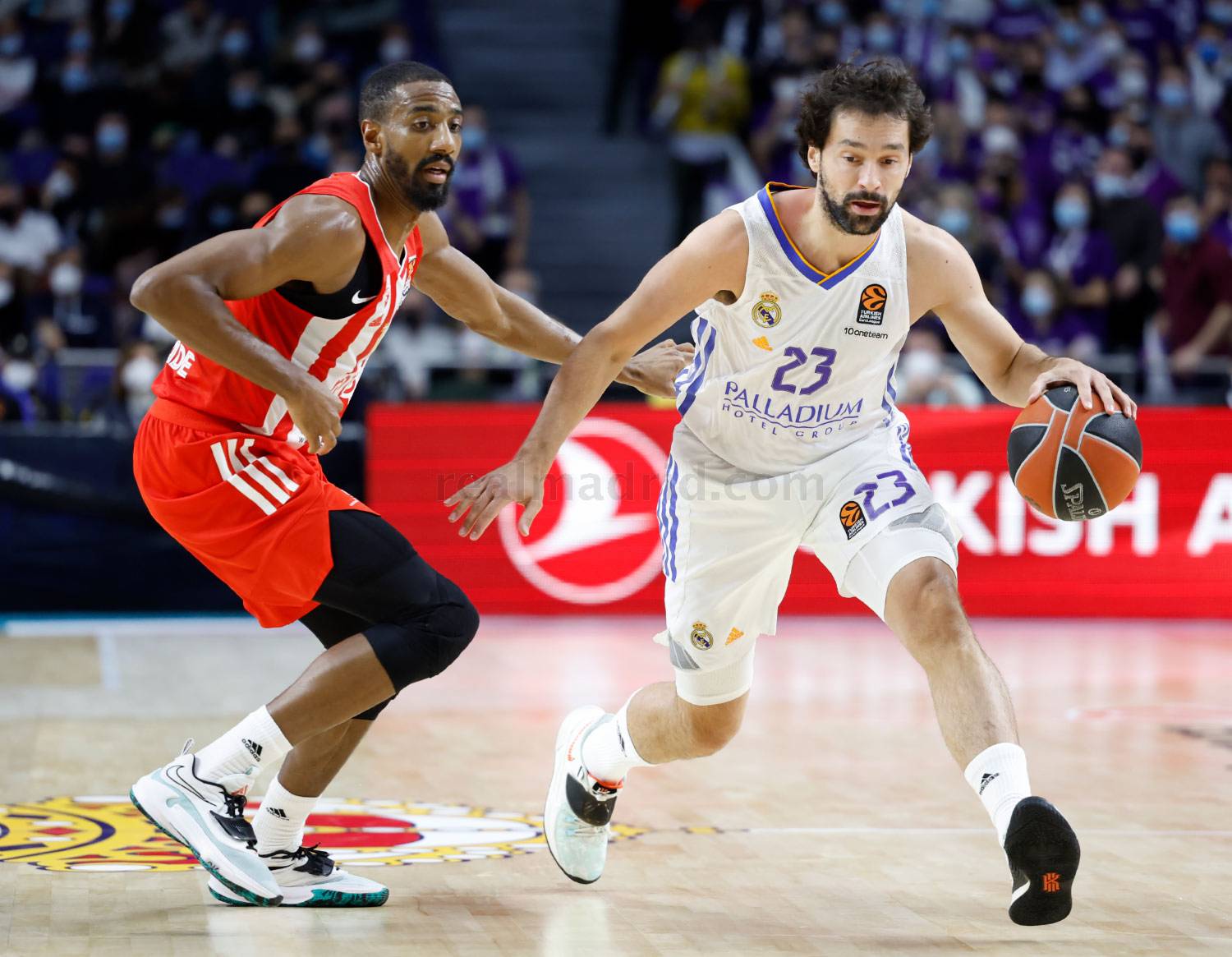 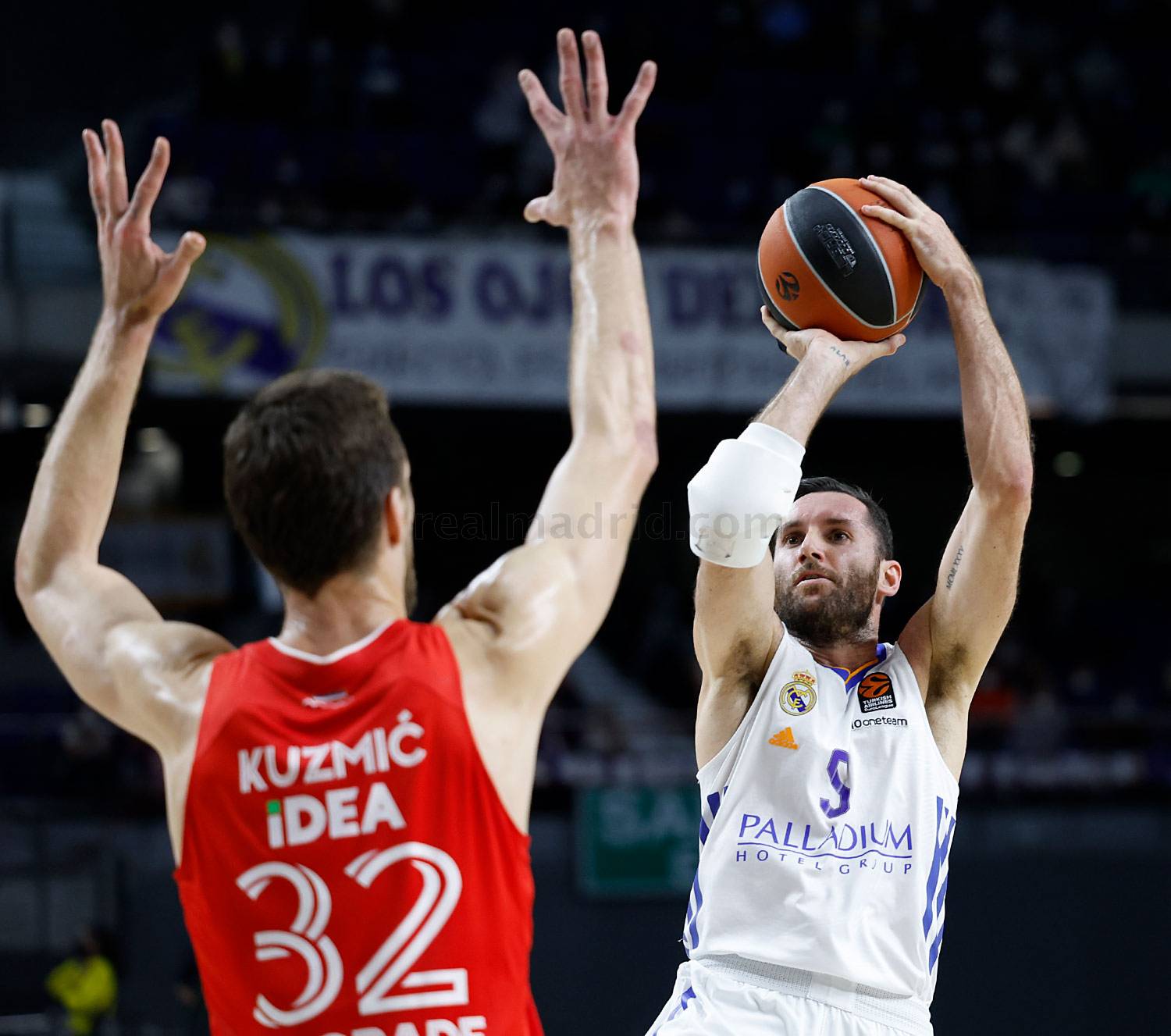 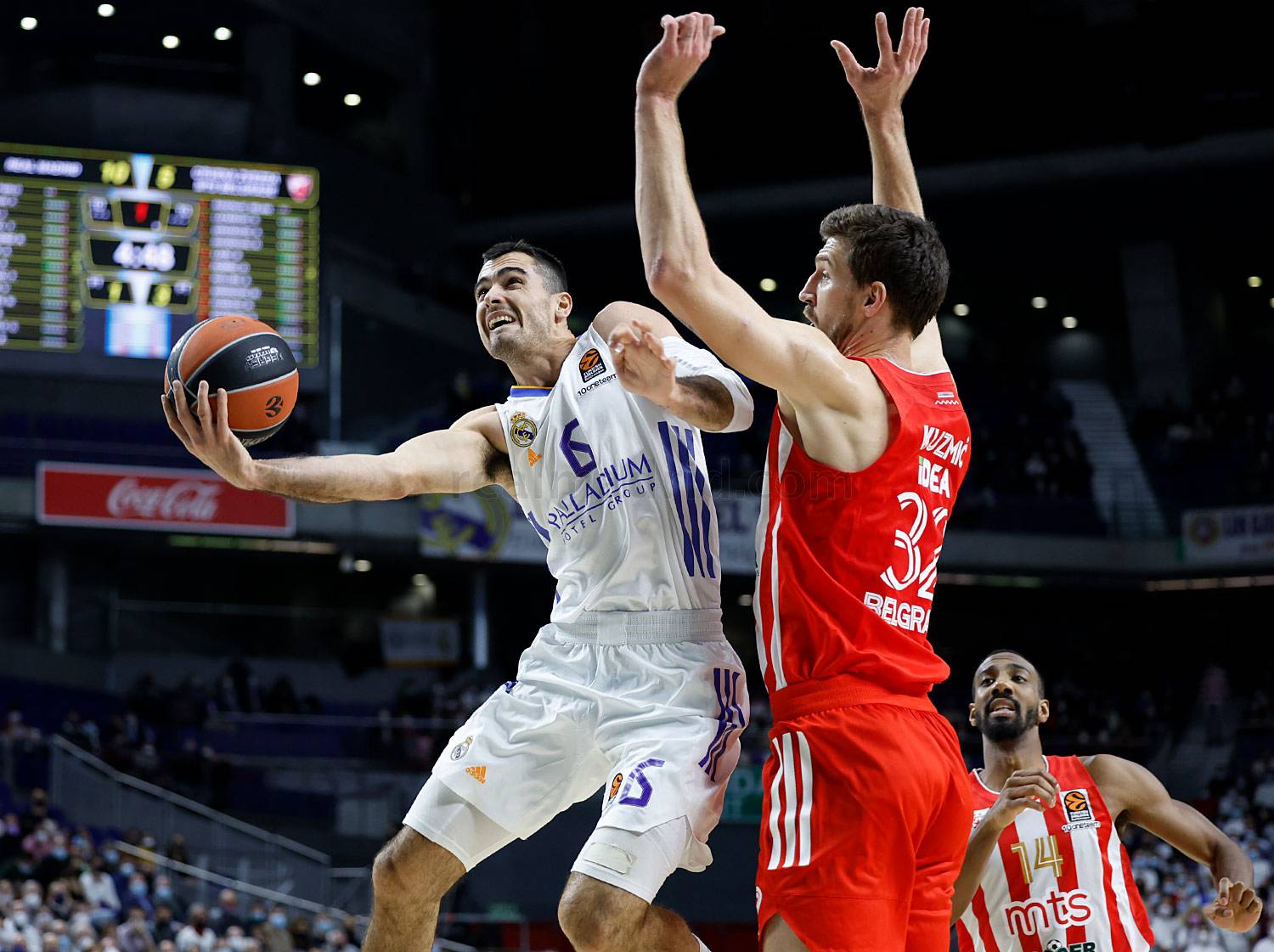 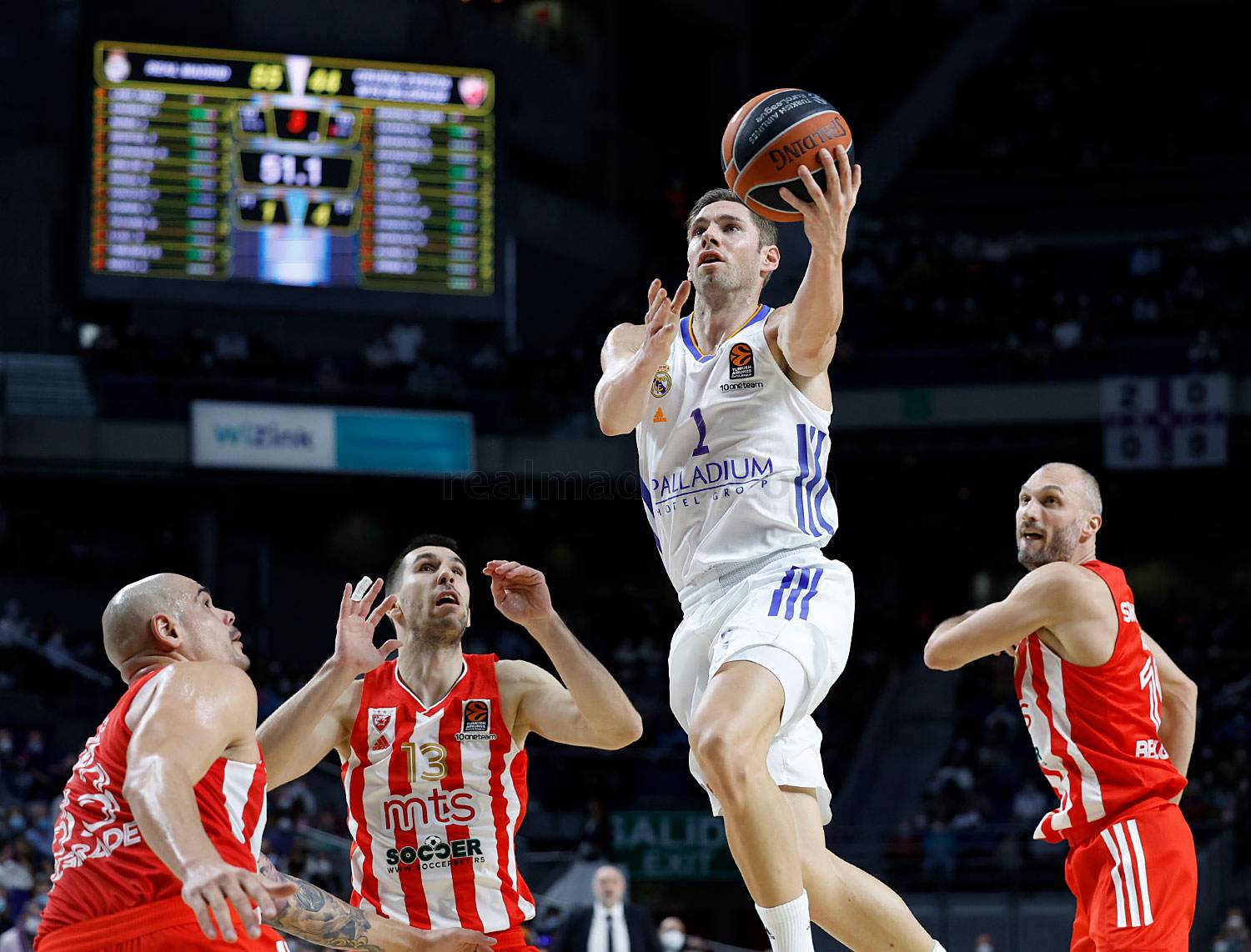 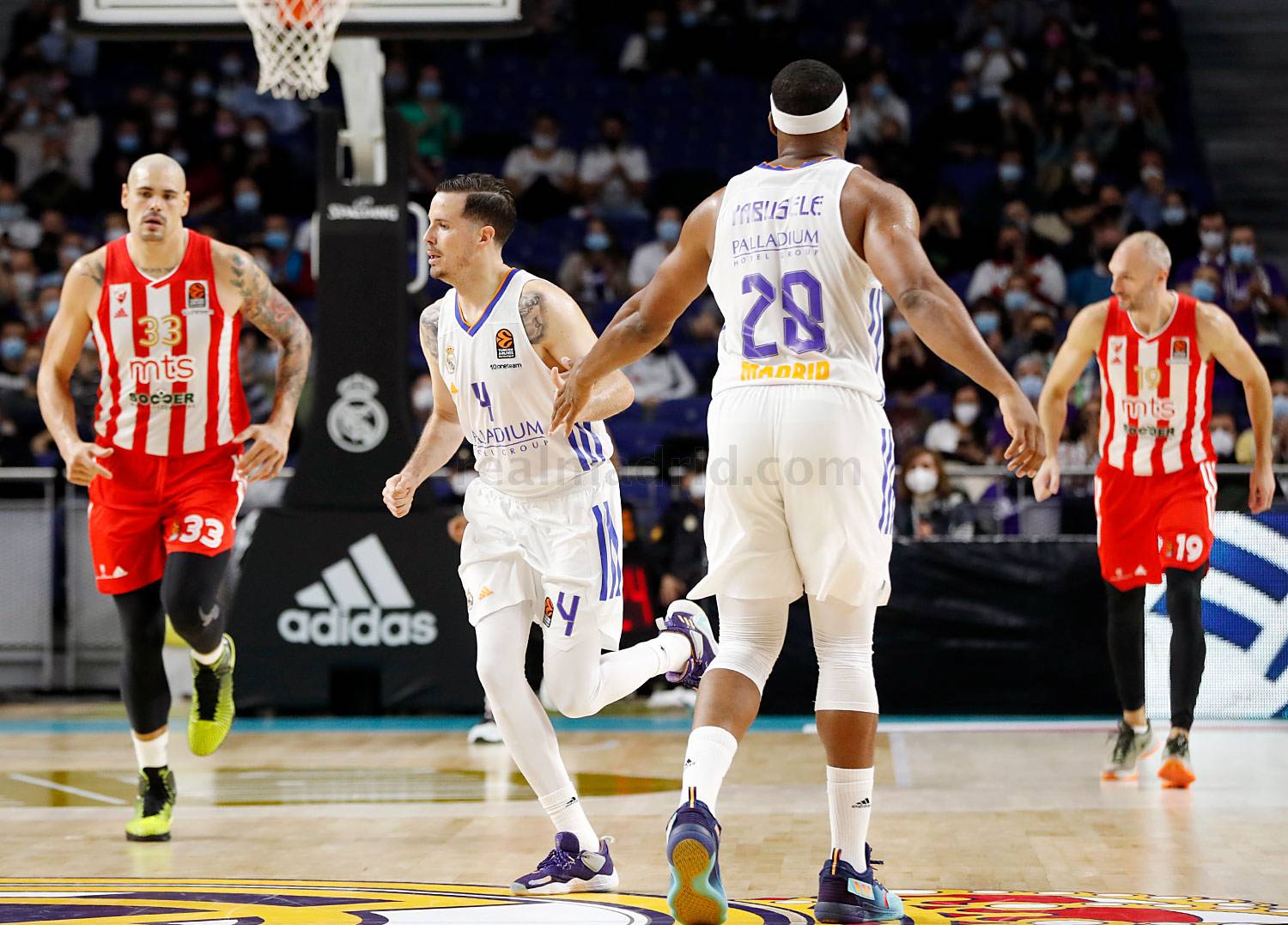 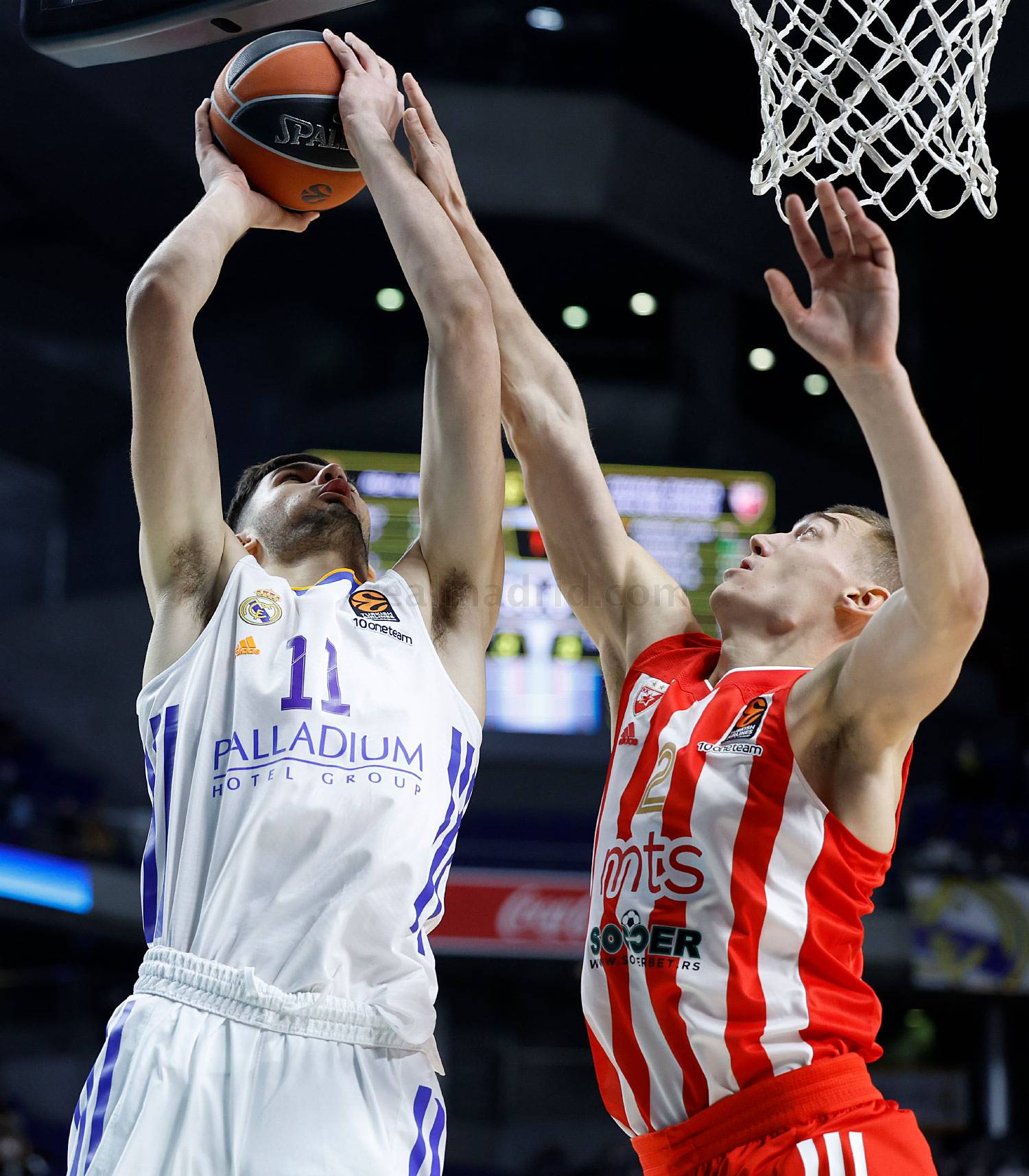 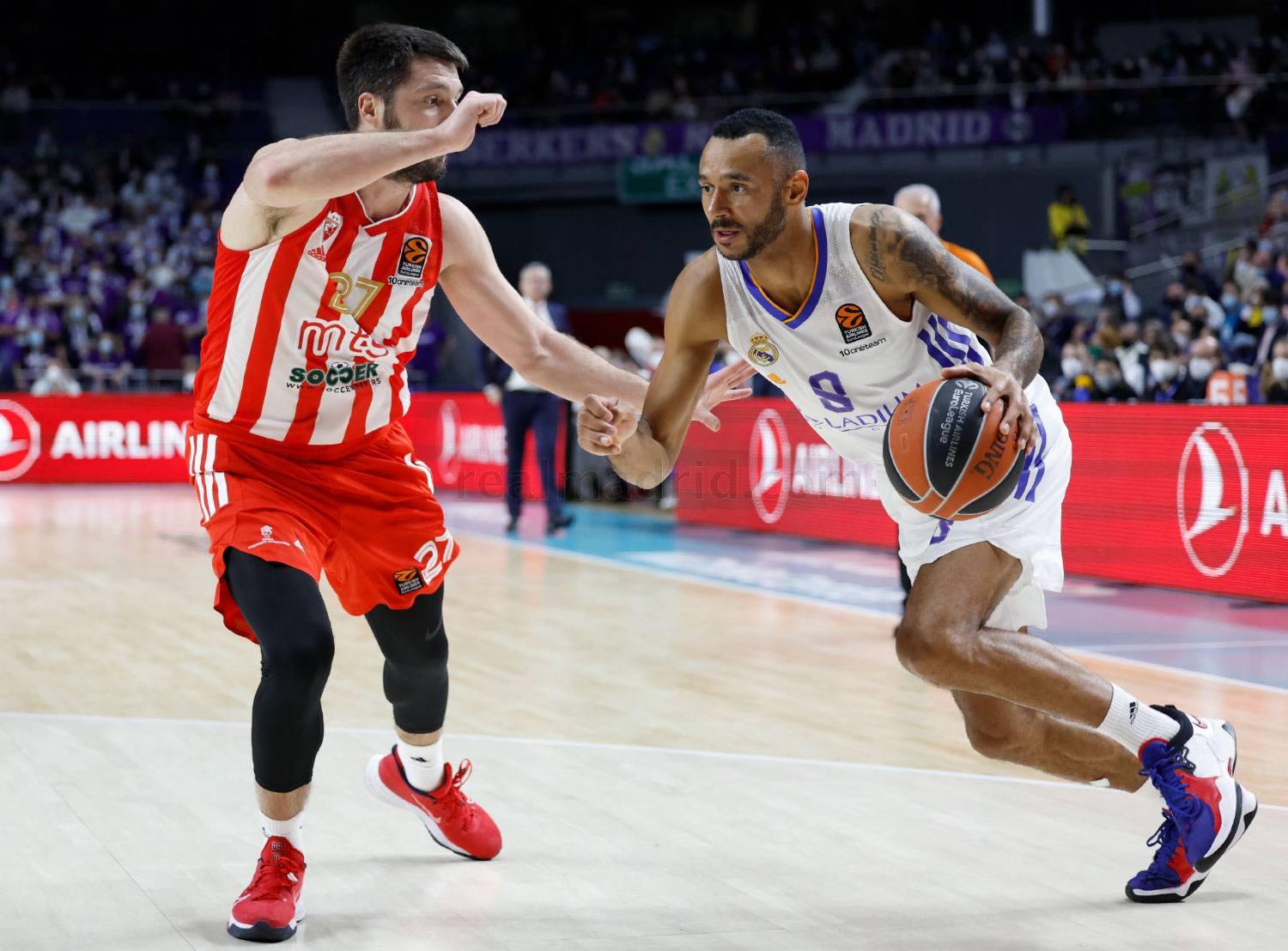 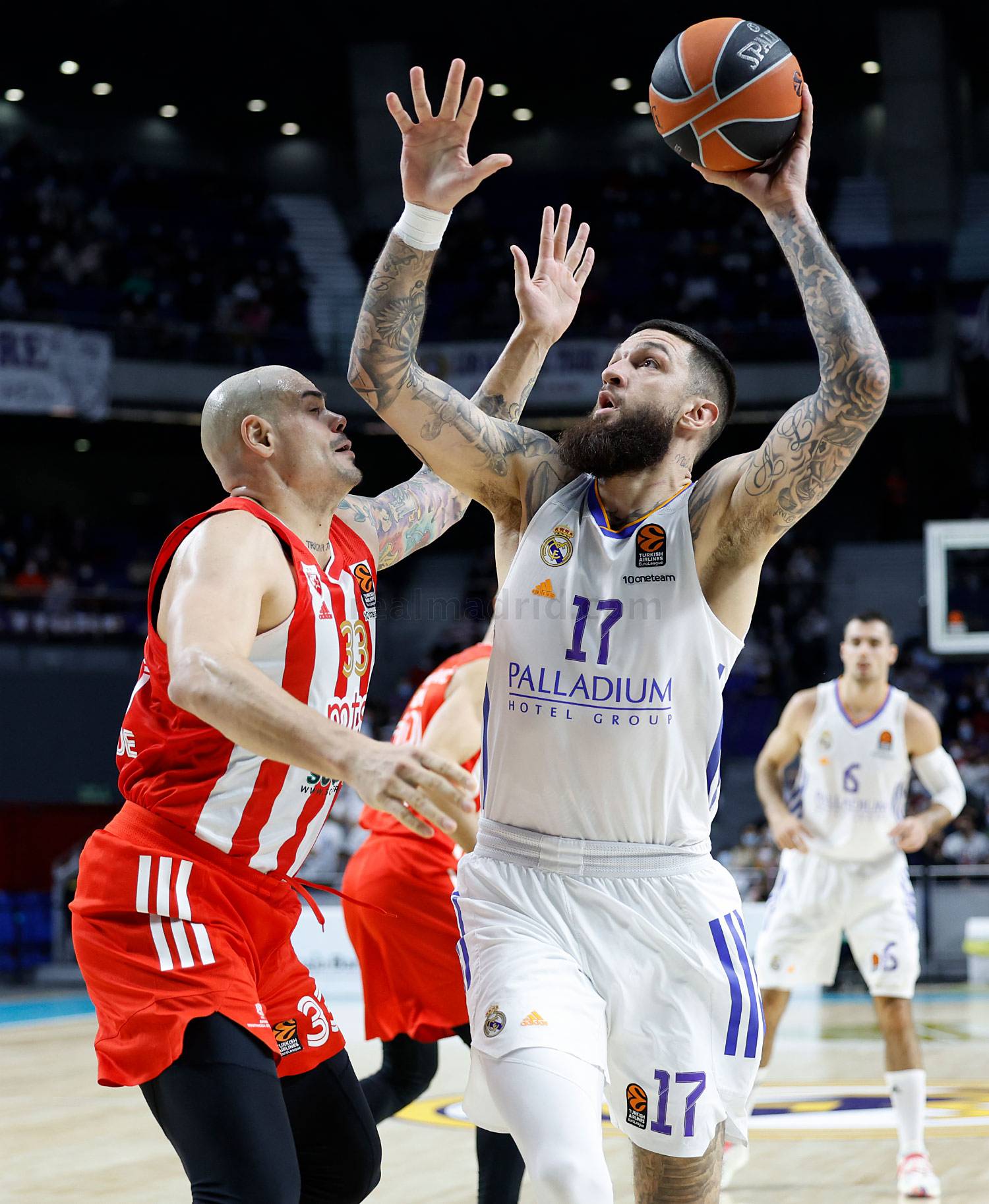 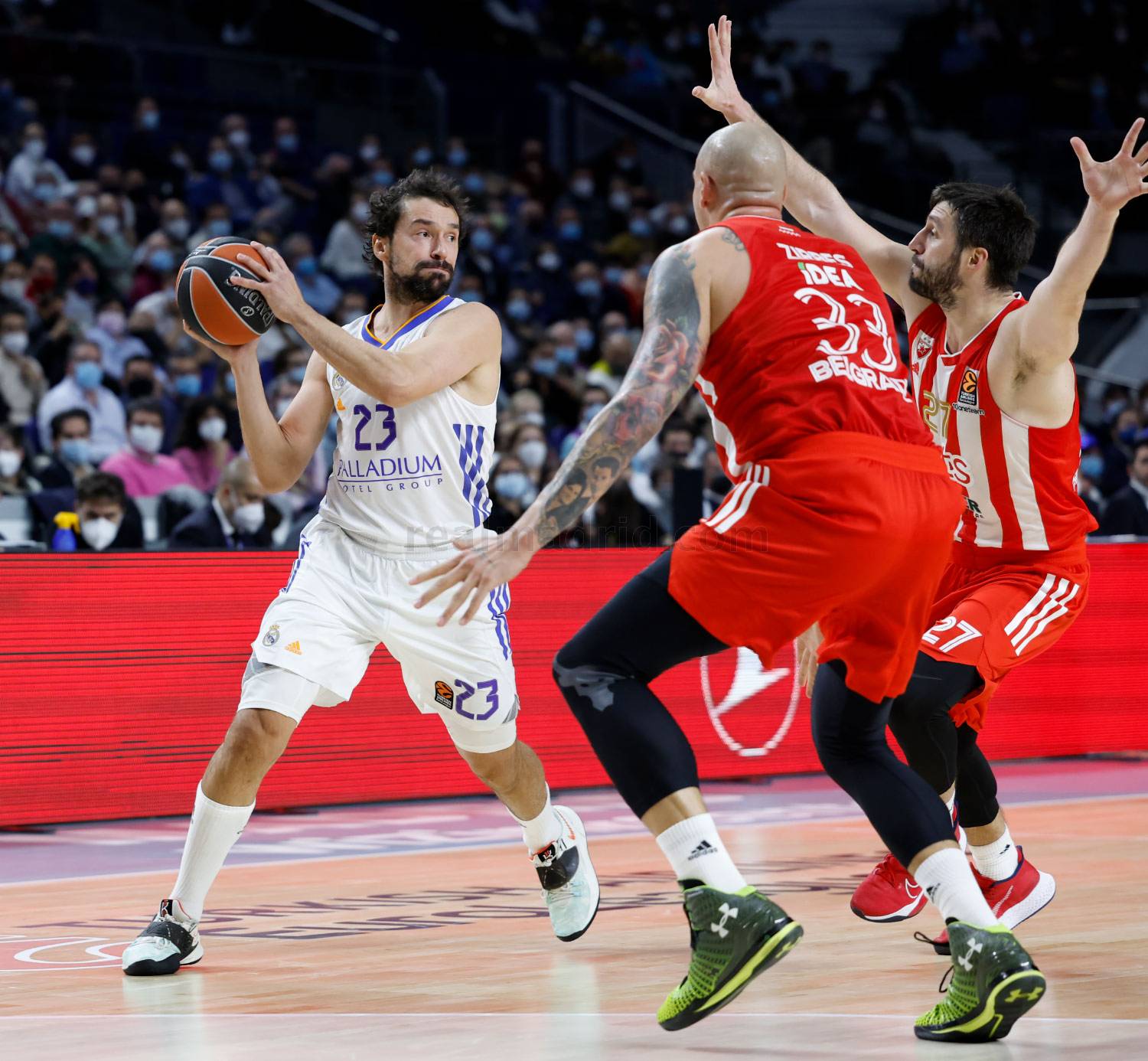