Fourth Euroleague win on the bounce 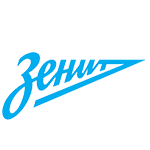 Led by Heurtel (15 points and PIR of 22) and Rudy in defense, Real Madrid got the better of Zenit in the first of a double header in Russia.

Real Madrid opened this week's Euroleague double-header on Russian soil with victory at Zenit St Petersburg, a fourth in a row on the continent and fifth overall. Laso's boys pick up a first win on the road to take the points from a hugely demanding game thanks to a strong second half. Heurtel delivered his best ever madridista performance (15 points and PIR 22), leading an evenly spread offense with Tavares (14), Causeur (13) and Yabusele (11) all in double digits, while Rudy was supreme in defense (4 steals). The team now heads to Unics Kazan in less than 48 hours' time.

It was a strong start by the madridistas, who looked focused at the back and seamless in offense, where the play passed through the hands of the inspired Heurtel. The French point-guard set the pace of the game and was shooting flawlessly (7 points without a miss), as were the rest of the team, with some impressive percentages (around 70%). Madrid made 7 assists and won 4 steals, two figures which reflect their solid first quarter. Zenit saw their key men Frankamp y Llolyd shackled in offense and relied on Mickey to survive the onslaught (13-22, min. 10), as Tavares (6) and Causeur (5) also shone for Laso's team.

Zenit up the pressure but Madrid stand firm
The Russians came out fighting in the second quarter with some impressive accuracy from the three-point line which defined the game up until half-time. Baron and Zubkov found their feet with 5 successive triples between them to cut the deficit against a Madrid who resisted thanks to points from Alocén (5) and two Abalde triples. Laso's charges saw their fluid offense begin to stutter and were suffering on the rebound now, giving the opposition second chances as Gudaitis did damage in the paint (40-39, min. 20). The highlight of the second period was a return for Llull following his shoulder injury.

Madrid continued to battle the hosts' inspiration from 6.75 m and even Tavares' fourth personal wasn't enough to demoralise them, despite his importance in holding them off since the beginning of the third quarter. Having resisted for a decent spell, the team decided it was time to take it up a gear in attitude and determination. Rudy brought intensity to defense and Madrid stood strong on the rebound to move to swift transitions. Yabusele was scoring for fun, heading a 9-0 run which saw the madridistas take back the initiative (57-59, min. 30).

Solid march to victory
Our team truly displayed their solid edge in the key closing stages. They gave it everything at the back, running for each other and guided by Rudy's sublime intelligence, managed every area to perfection. He may not have scored but he dominated with rebounds, assists, steals and even a big block. He was a real thorn in the side for Zenit, cutting off their production lines and ensuring they had no response to the madridista energy (they scored just 11 points in the final quarter). Only in the final moments, with Madrid up by 10, did they show any signs of recovering, but yet again, Laso's boys stood firm, despite their lack of accuracy on free-throws. Rudy made a steal and took a rebound to seal our team's first win on the road (68-75, min. 40). On Friday, we face Unics Kazan in the second clash in Russia in under 48 hours (7:00pm CEST).