1
Real Madrid clinched all three points after coming from behind to beat Éibar at the Alfredo Di Stéfano and pick up a second victory this week. The visitors went ahead in the first half but Møller levelled before half-time. Then, with 57 minutes on the clock, Rocío netted the second to complete the madridista comeback David Aznar's team are back at the Di Stéfano on Wednesday for the second Women’s Champions League group stage clash with Breidablik (9:00pm).

During the early stages of the encounter, neither team made the most of their possession and chances were few and far between. With quarter-of-an-hour gone, though, the first goal came out of nowhere. Éibar got to the by-line and crossed into the box, where Kuki was waiting to make it 0-1. Real Madrid immediately went looking for the equaliser on the counter, but the opposition defence frustrated their attempts. That is until Kenti Robles made her way down the right flank with half-an-hour gone and sent a pinpoint cross into the box for Møller to score her first Whites goal with a fine header and the tie was all square.

Madrid complete the comeback
The madridistas upped the pressure after the break and began to dominate in attack as they pushed on in search of a winner. Lorena came close soon after the restart but her shot from the edge of the box just failed to find the target. David Aznar's were insistent in their efforts and just before the hour mark, Zornoza whipped a free-kick into the box and Peter flicked it on to Rocío who unleashed a fierce right-footed drive past Noelia, also opening her madridista account. The hosts weren't happy to leave it there though, and Lucía had a fine chance to increase the lead but was kept out by the visiting goalkeeper. Our team were entirely dominant now and creating chances for fun, but ultimately the scores did not change and the game finished 2-1. 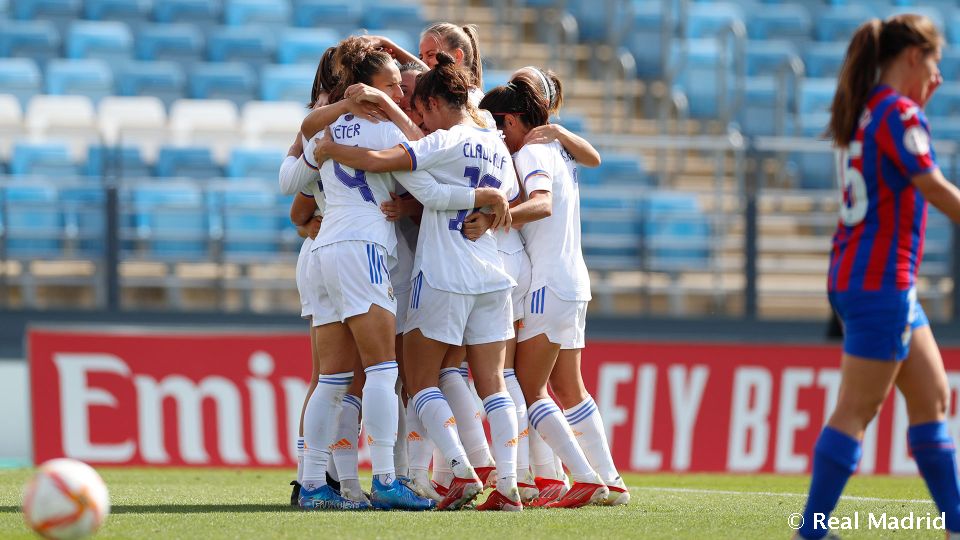 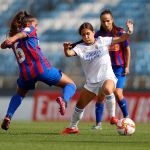