A Vinicius Jr. brace and a Bale strike saw Real Madrid claim a point against Levante in a tipsy-turvy encounter.

Real Madrid played out a draw with Levante at the Estadio Ciudad de Valencia in a rip-roaring contest. Carlo Ancelotti’s charges bossed proceedings in the first half, but the whole complexion of the game changed after the break as the encounter ultimately ended honours even, despite Madrid hitting the front very early on. With barely five minutes on the clock, David Alaba picked the ball up on the left side of midfield and threaded a pass over the top to Karim Benzema, who drove into the box and instead of pulling the trigger, picked out the better-placed Gareth Bale, who produced a first-time finish to break the deadlock and open his account for the season.

Fede Valverde was heavily involved in the game’s next moves of note. He firstly led a counter-attack, before unleashing an effort from the edge of the box which flew wide of the target. The Uruguayan was once again in the thick of the action when his cross picked out Bale, whose shot failed to trouble the hosts’ goalkeeper. Ancelotti’s men were now dominating and had the hosts firmly pinned back inside their own box. With half an hour played, Alaba tried his luck from range and Madrid went on to enjoy a further three chances before the interval. Bale very nearly doubled Madrid’s advantage from a direct free-kick, before Isco came close with a chipped effort from the edge of the area, whilst Benzema met a left-wing cross but contrived to send his header wide of the mark.

Levante welcomed the referee’s half-time whistle, but came out a different team after the restart as Roger drew the hosts level almost immediately. The equaliser spurred on the home side, who were enjoying their best spell of the game and after Eden Hazard had gone close on 52’, Campaña made it 2-1 five minutes later. Ancelotti reacted by sending on Marco Asensio, Rodrygo, Vinicius Jr. and Dani Carvajal and the Italian coach soon got the response he was looking for as Madrid pinned Levante back. The visitors then equalised with a fine goal on the counter-attack. Carvajal fought to win the ball back in defence and found Casemiro who sent Vini Jr. through on goal with a long pass, the Brazilian took the ball into the area and slotted it in with his left foot past the keeper (73’).

The match opens up
But Madrid’s joy was short-lived as Levante went up the other end and made it 3-2 through Rober Pier from a free-kick and Cantero almost scored a fourth but his effort came back off the post. But Madrid never give in and got their reward on 85’, when Vini Jr. clawed the visitors back into the game. The Brazilian burst into the box and sublimely stabbed the ball over and round the keeper to curl his effort in off the far post. The Whites smelt victory and things became harder for the hosts when Aitor was sent off for handling the ball outside his area to deny the approaching Vini Jr. Vezo had to deputise in goal, as Asensio and Luka Jović went close, but there was no time left for Madrid to claim the winning goal. 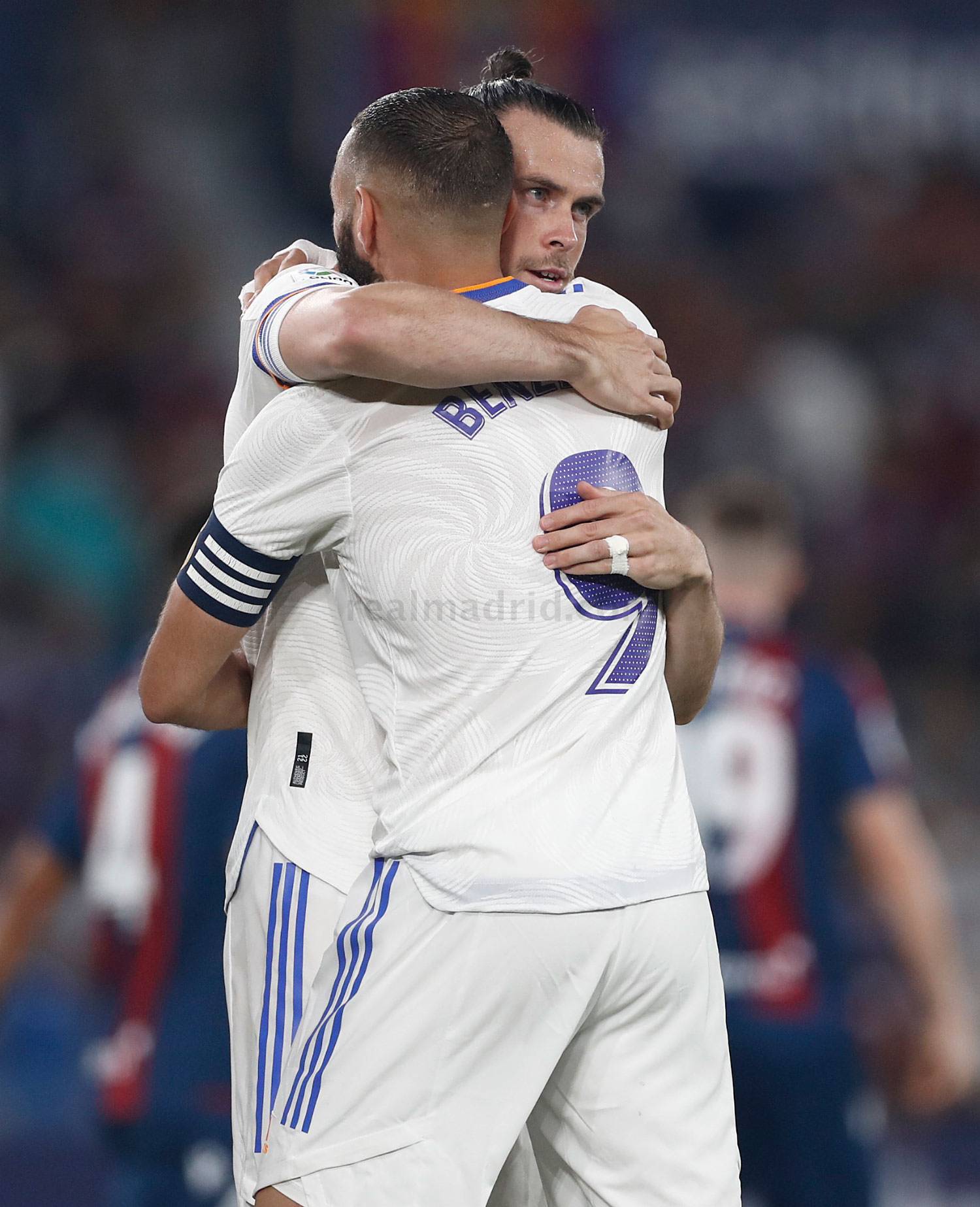 Benzema moves into ninth spot in the club's appearance standings.

The game was the French striker’s 561st for the club and he now moves level with Real Madrid legend Pirri.

Carvajal made his 200th LaLiga appearance for Real Madrid

The wing-back played his first minutes of the season against Levante and made his 200th appearance of the campaign.