On their way to the final, Real Madrid knocked out Elche in the Round of 32, Sporting de Gijón in the Round of 16, and Celta in the quarter-finals. The semi-finals threw up a derby against Atlético, with the Whites winning the first leg (0-2) and the second (1-0). Victory over Valladolid rounded off a superb season which also saw the team win LaLiga and the Spanish Super Cup. 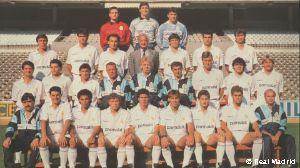