All square in el derbi

Atlético went ahead in the first half before Benzema equalised for Real Madrid at the Metropolitano.

Real Madrid drew with Atlético in the LaLiga derby at the Wanda Metropolitano. The home side took the lead after fifteen minutes when Llorente set up Luis Suárez who beat Courtois one-on-one. Real Madrid had the chance to draw level three minutes later. Asensio whipped the ball in and Oblak kept out Benzema's first-time left-footed shot. A Casemiro volley from long range also tested the home keeper, who saved well in the 28th minute.

Felipe's handball
Just before half-time, the most controversial moment of the game came. Kroos delivered a corner and the ball hit Felipe's arm inside the box. The Real Madrid players appealed for a penalty but the referee, after an intervention from VAR and a review of the action on the monitor, didn't point to the spot.

The second half began as a more open affair and Carrasco had the chance to further the hosts’ advantage on 53’, but Courtois did excellently to deny him when clean through. Two minutes later, the madridista shotstopper once again dealt with a Suárez effort. Zinedine Zidane shuffled his pack and introduced Vinicius Jr. and Valverde in place of Asensio and Rodrygo. The minutes were ticking by and the visitors continued to search for an equaliser. It very nearly came courtesy of a Valverde thunderbolt from range on 71’ that Oblak kept out and then four minutes later Benzema tried his luck with an effort from the edge of the area following a fine team move.

Benzema takes centre stage
Real Madrid fashioned an ever more clear-cut opening with 80 minutes on the clock. Vinicius Jr.’s exquisite pass with the outside of his boot found Benzema, who failed to beat Oblak with his first effort and the rebound. However, the Frenchman starred in the deserved leveller, which duly materialised eight minutes later. A fine link-up inside the box with Casemiro culminated in the Brazilian laying a goal on a plate for the forward to tap home. The derby ended honours even as the battle for the LaLiga title goes on. 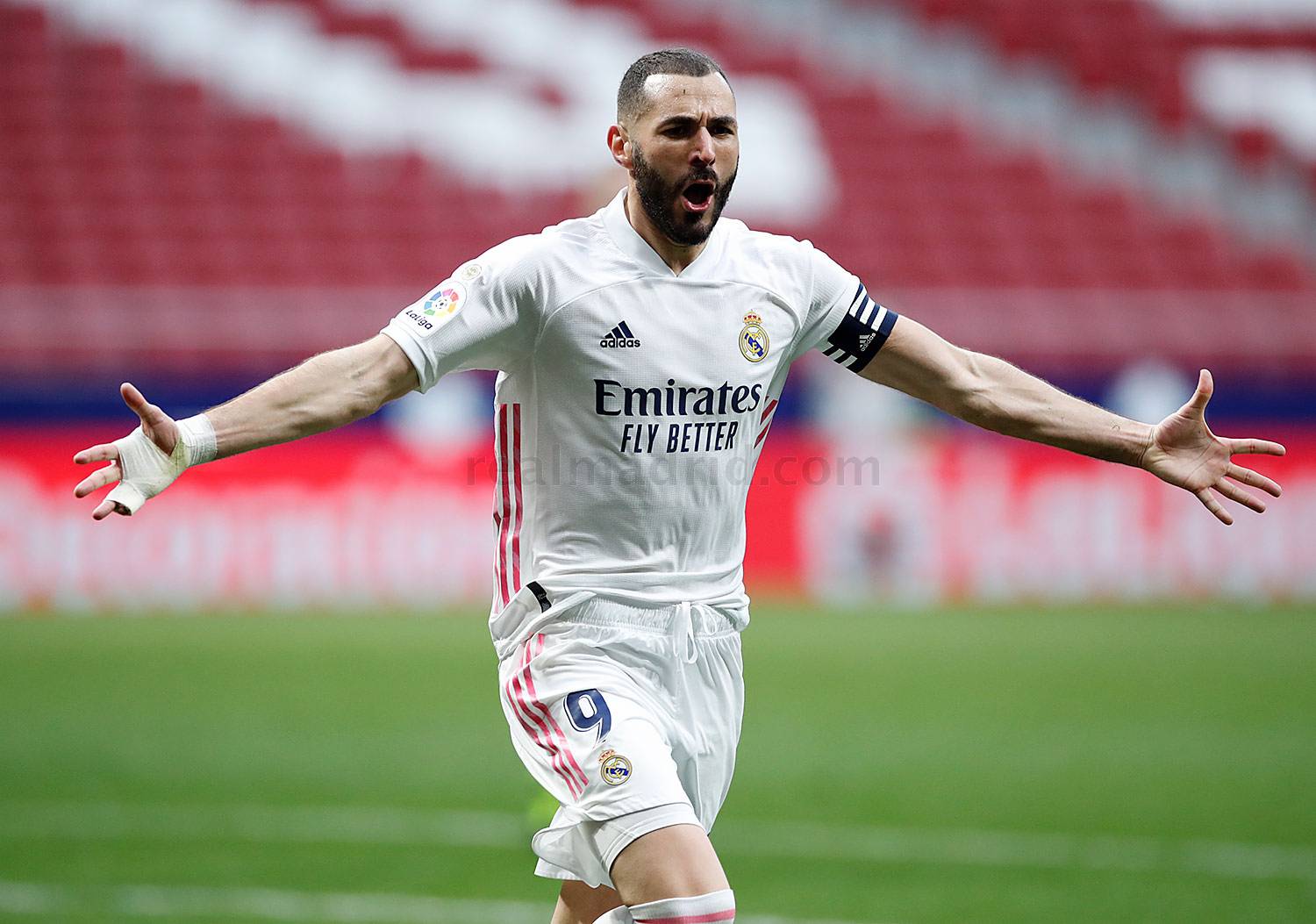 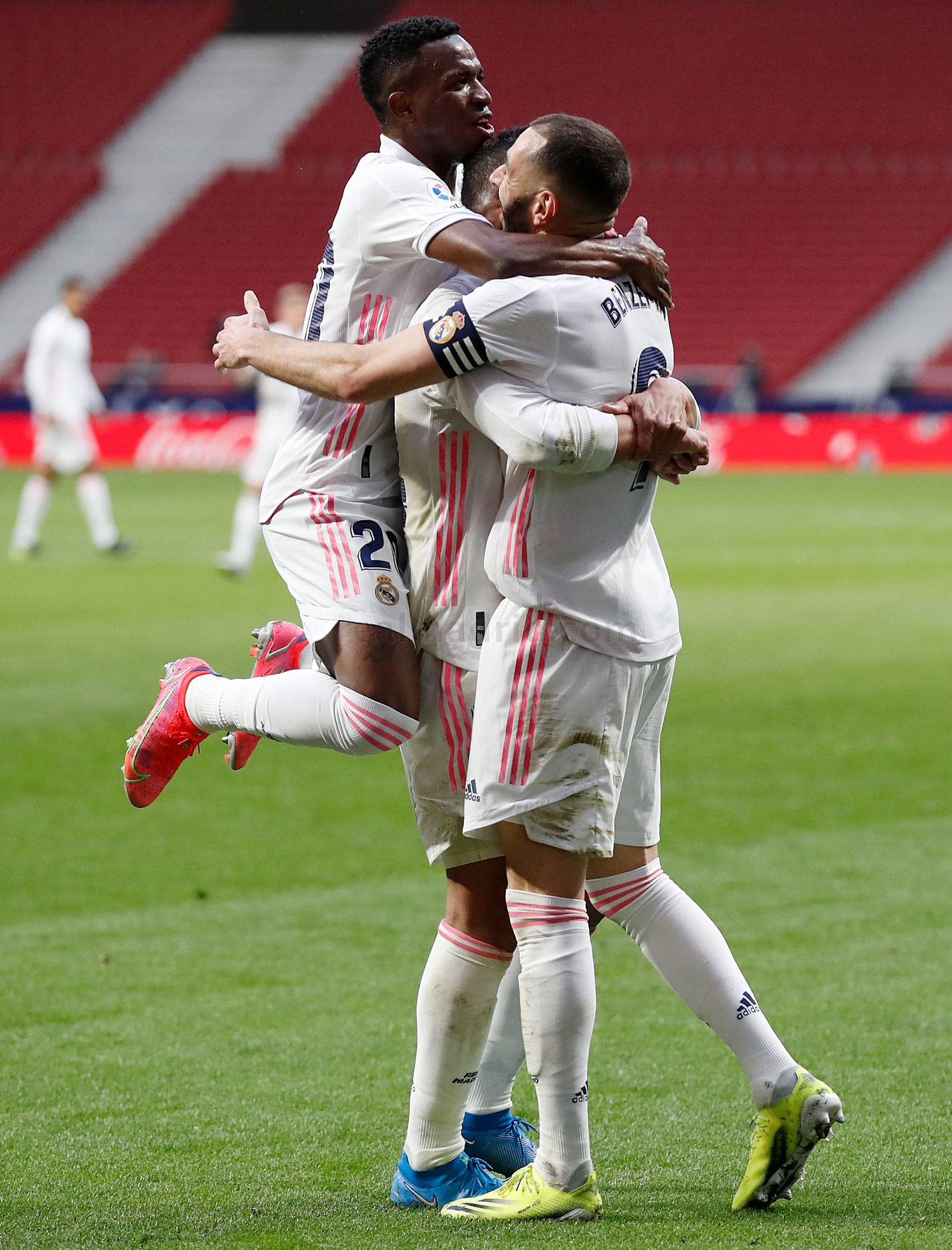 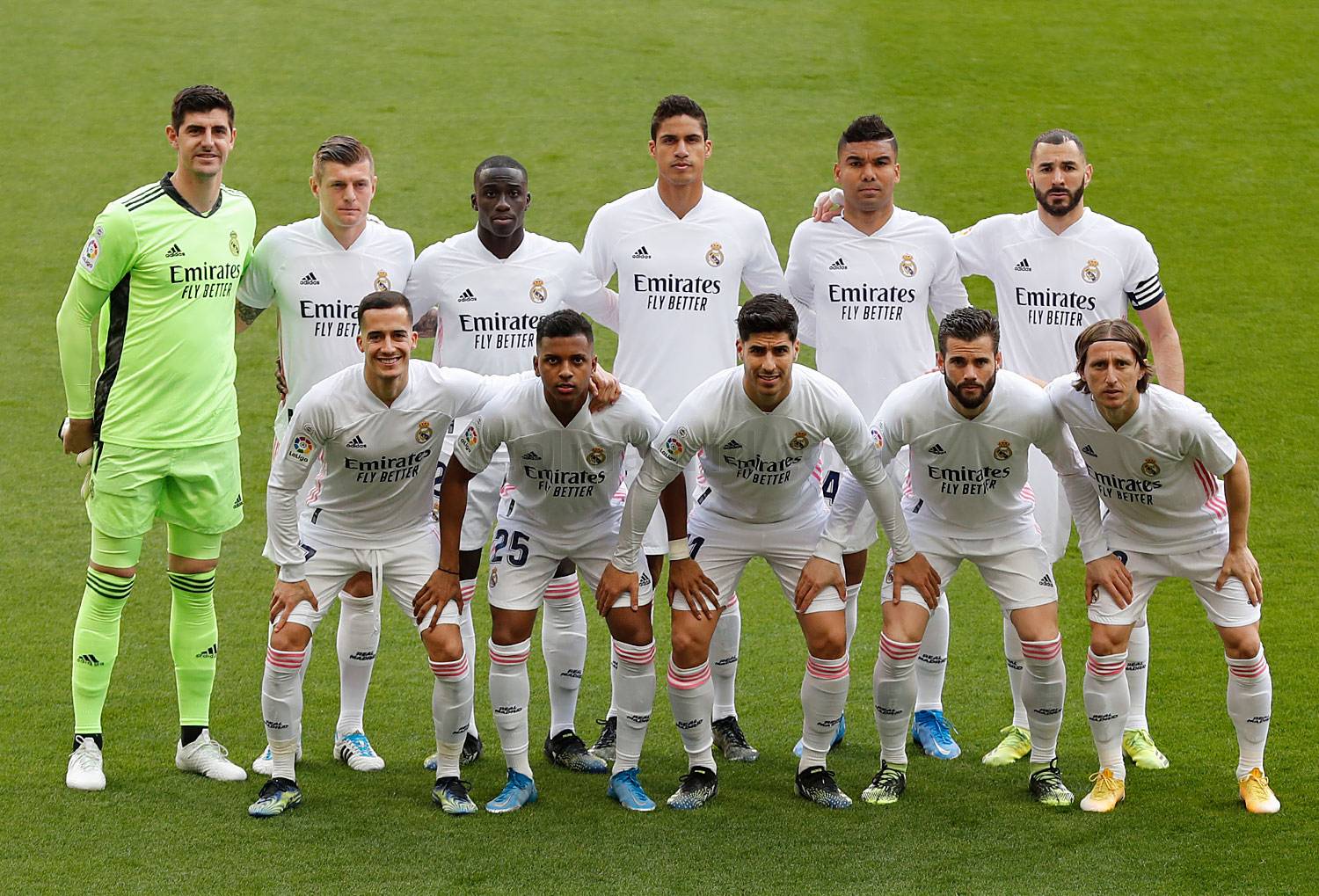 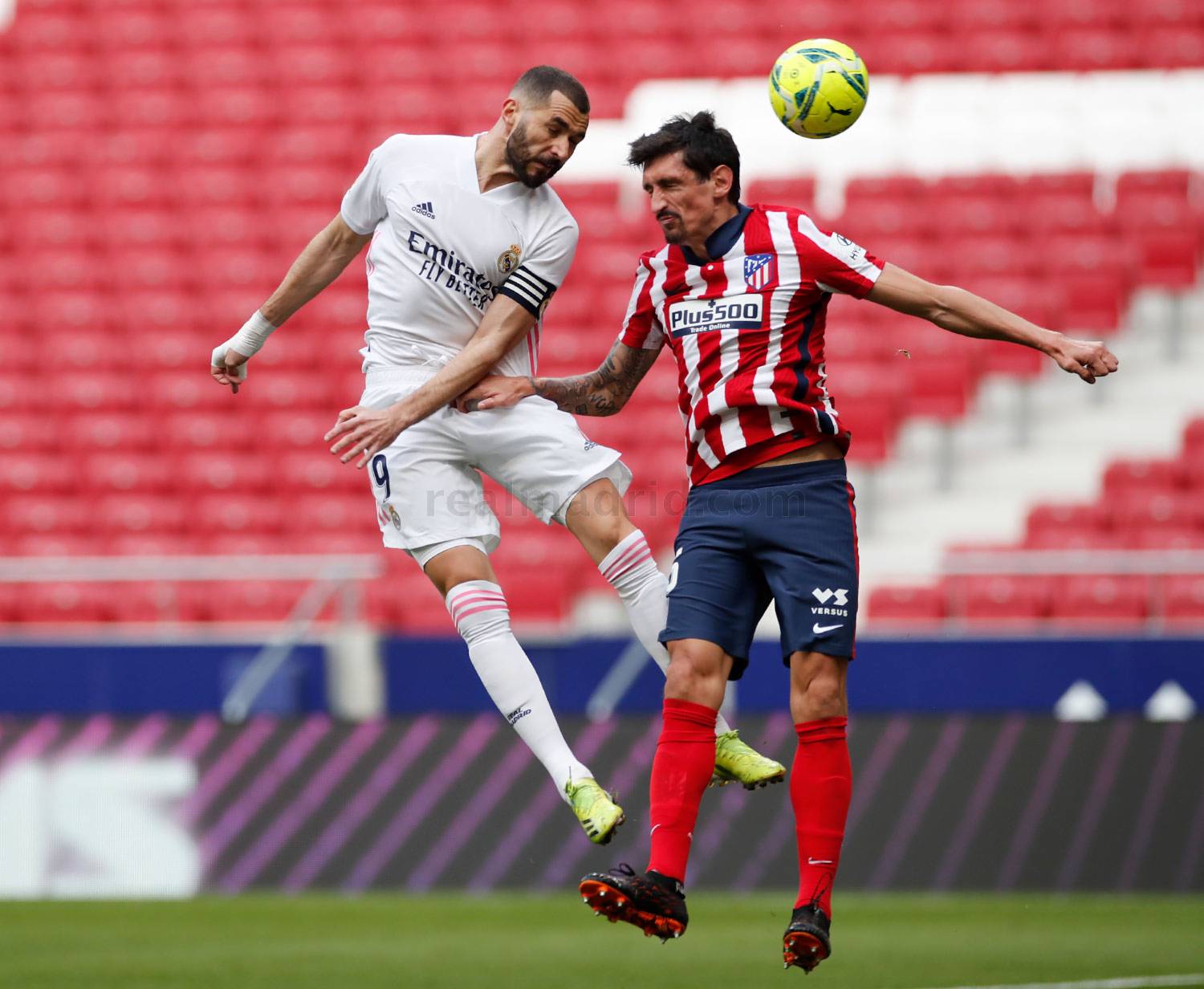 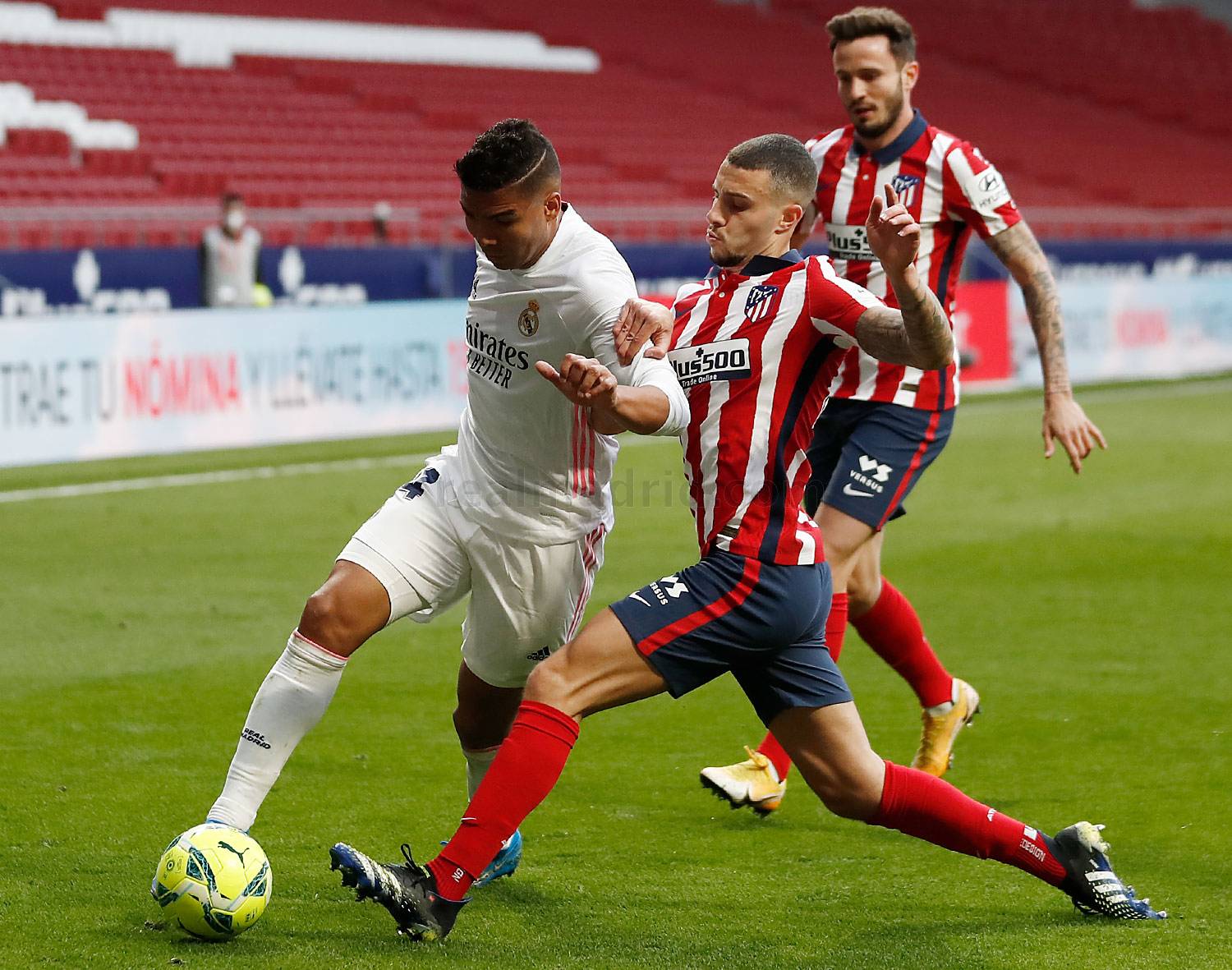 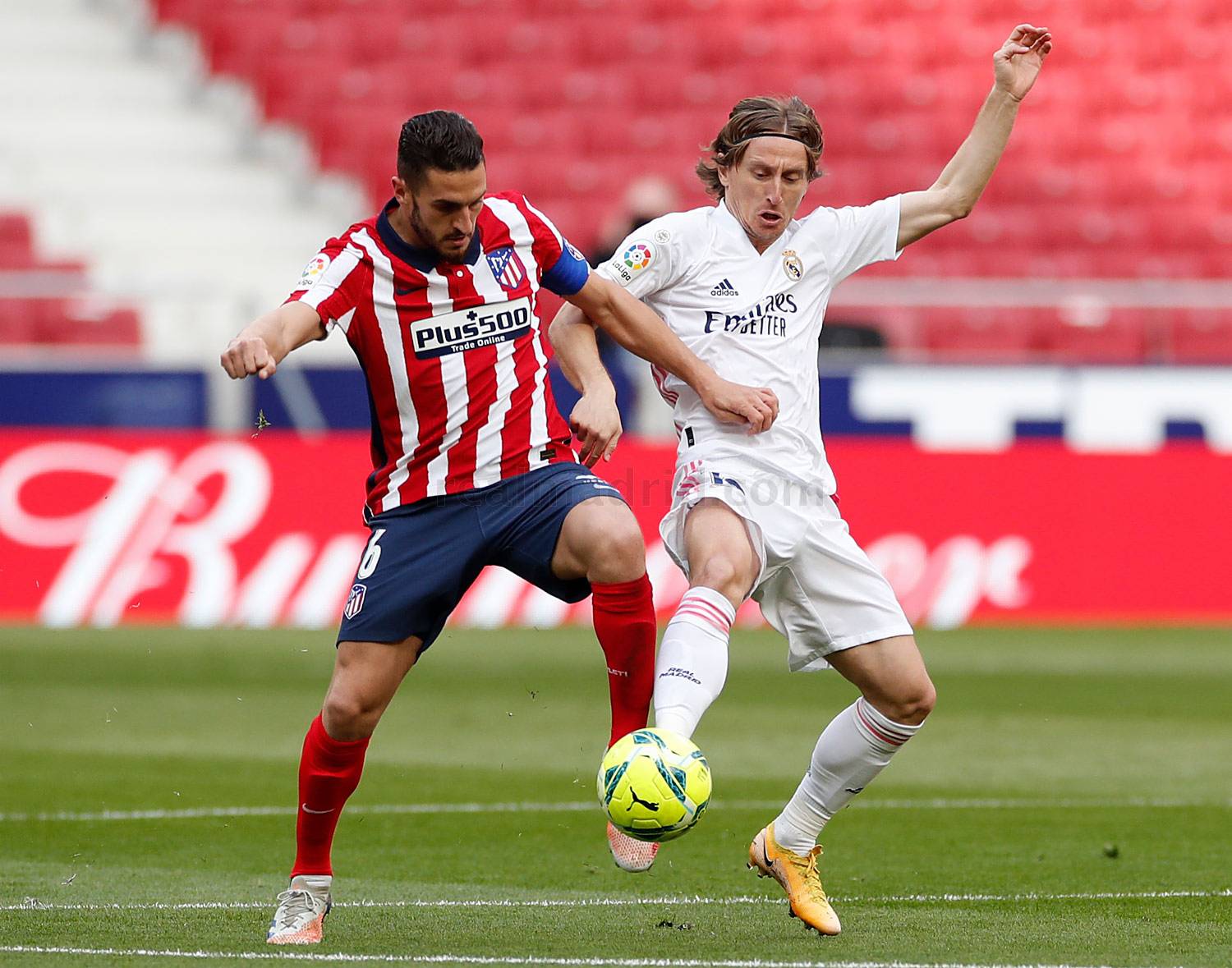 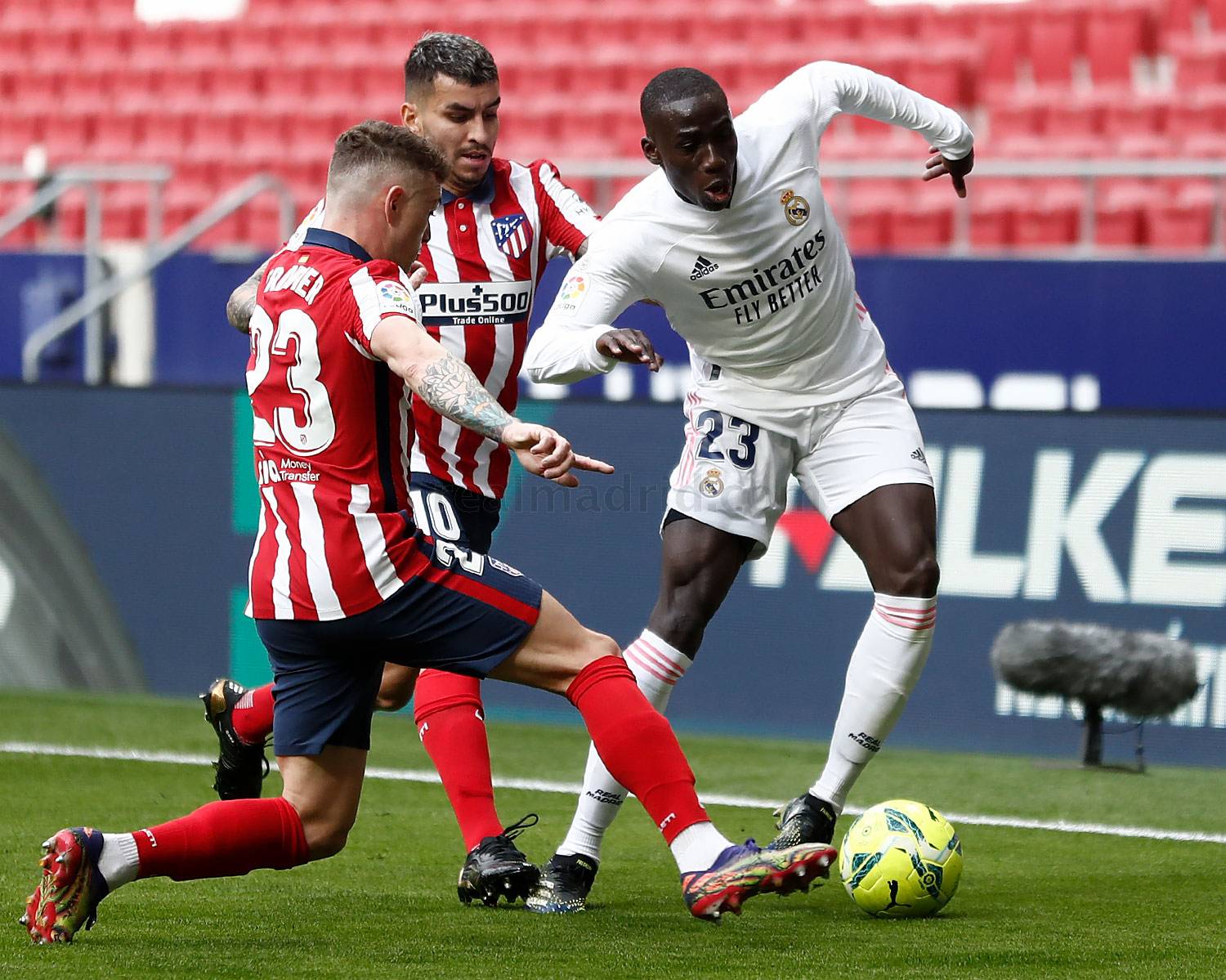 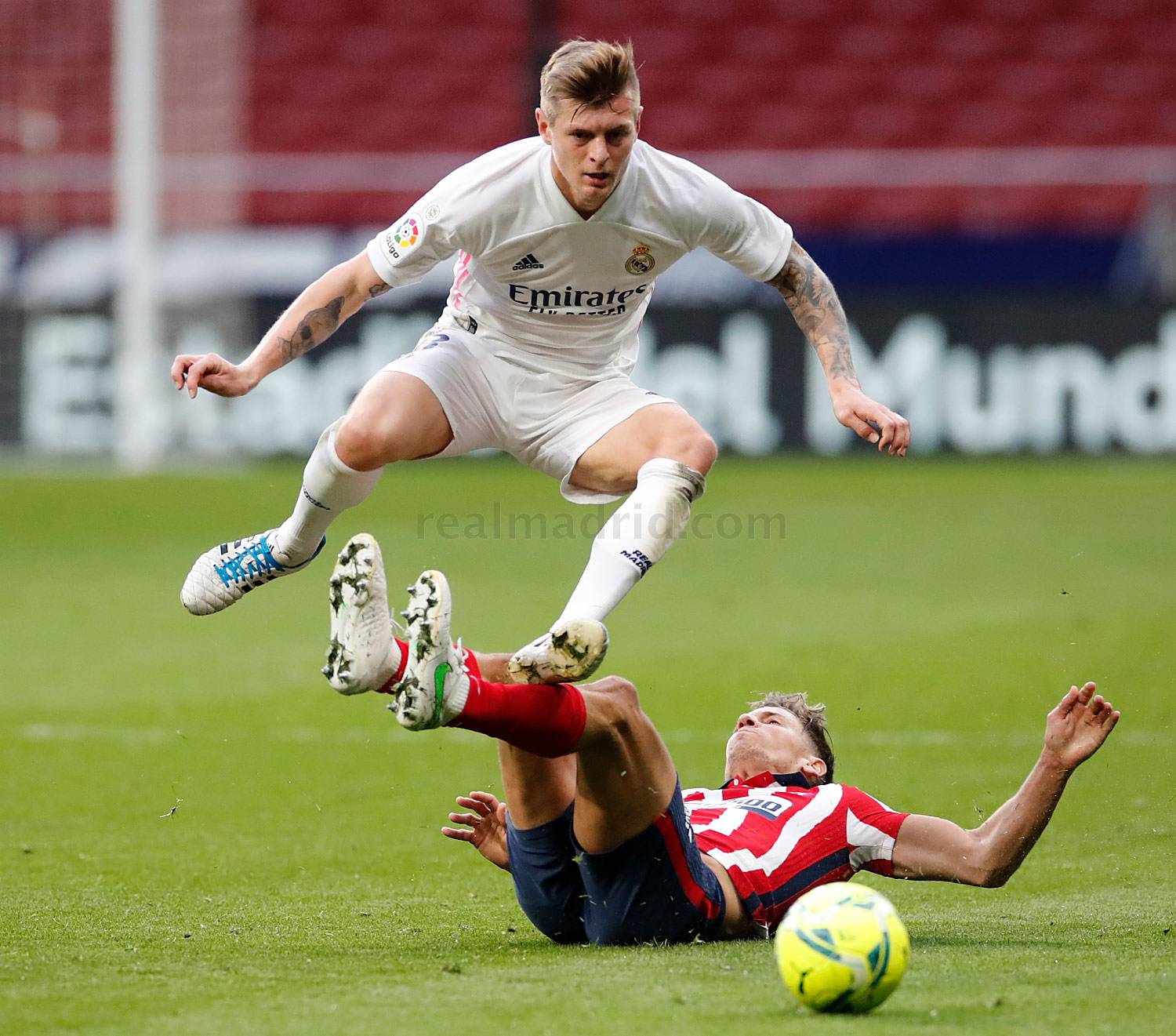 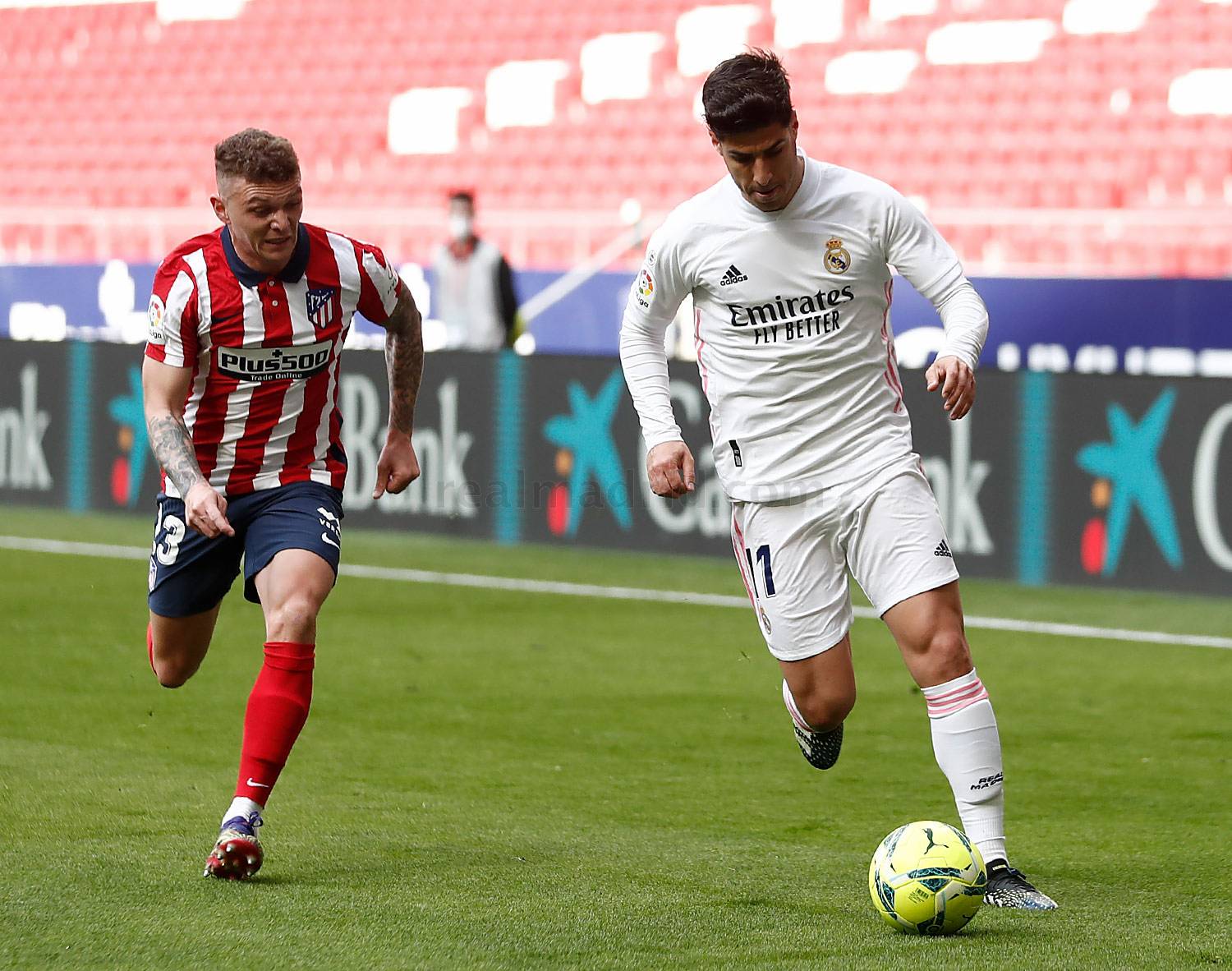 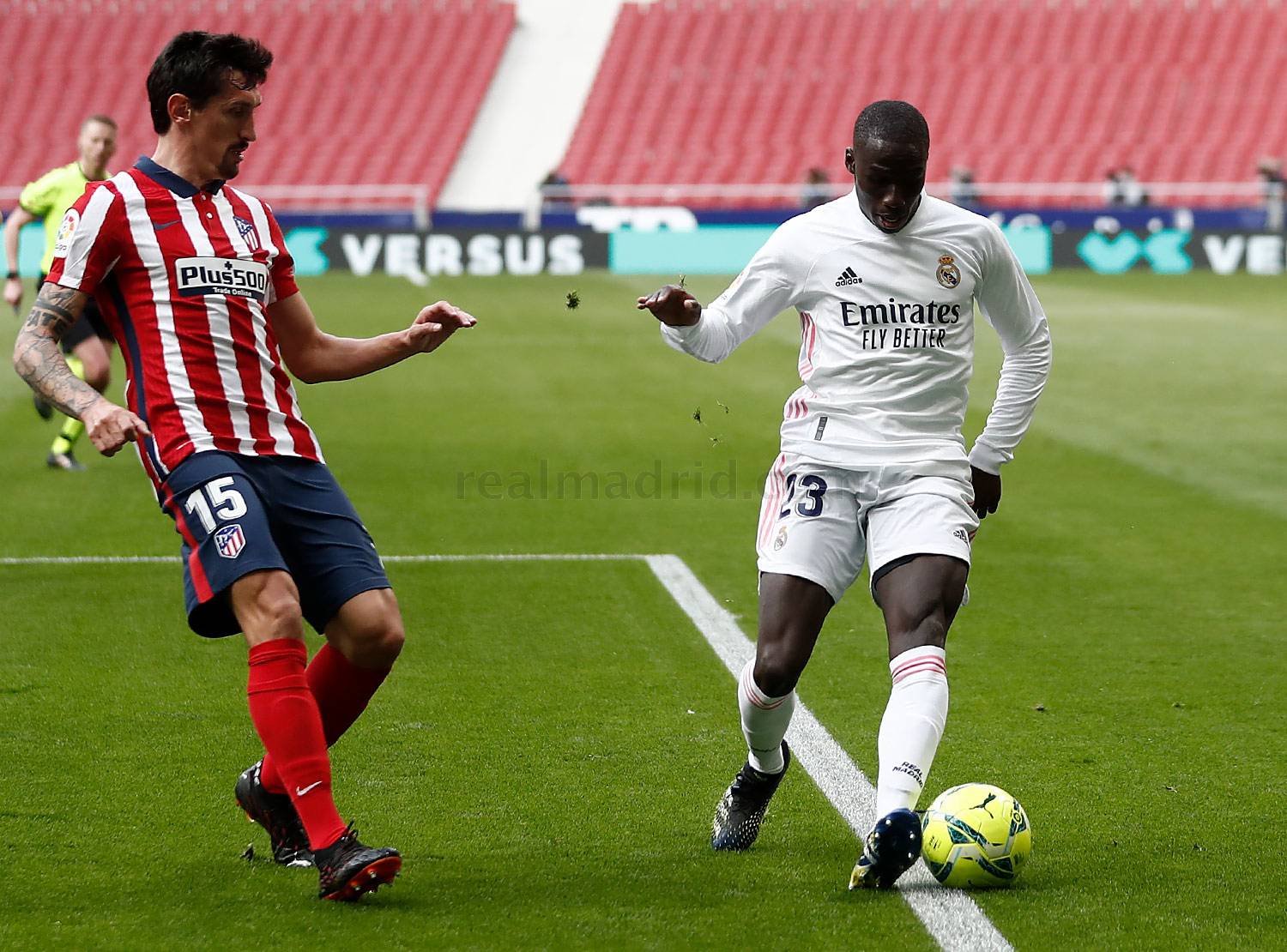 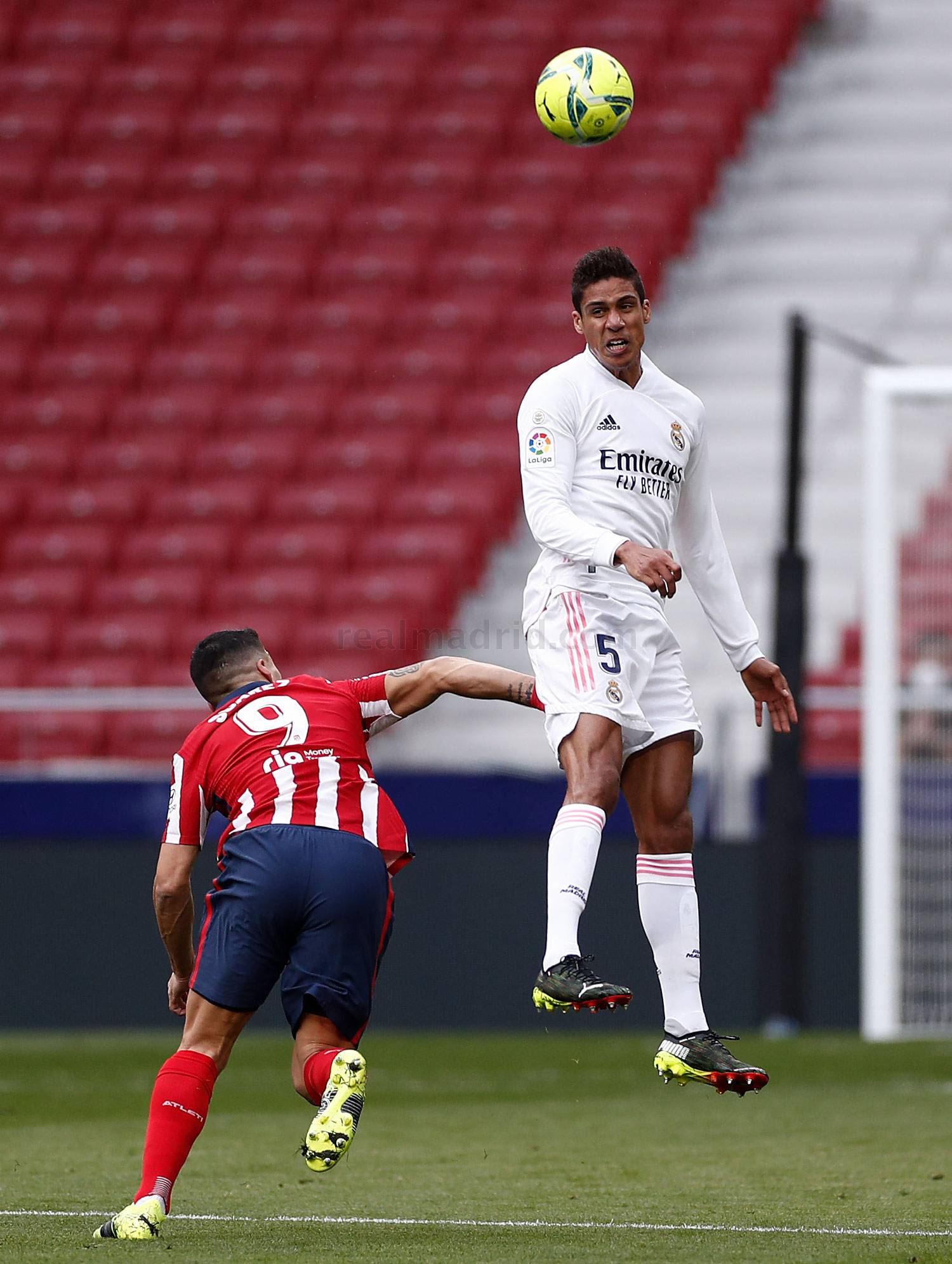 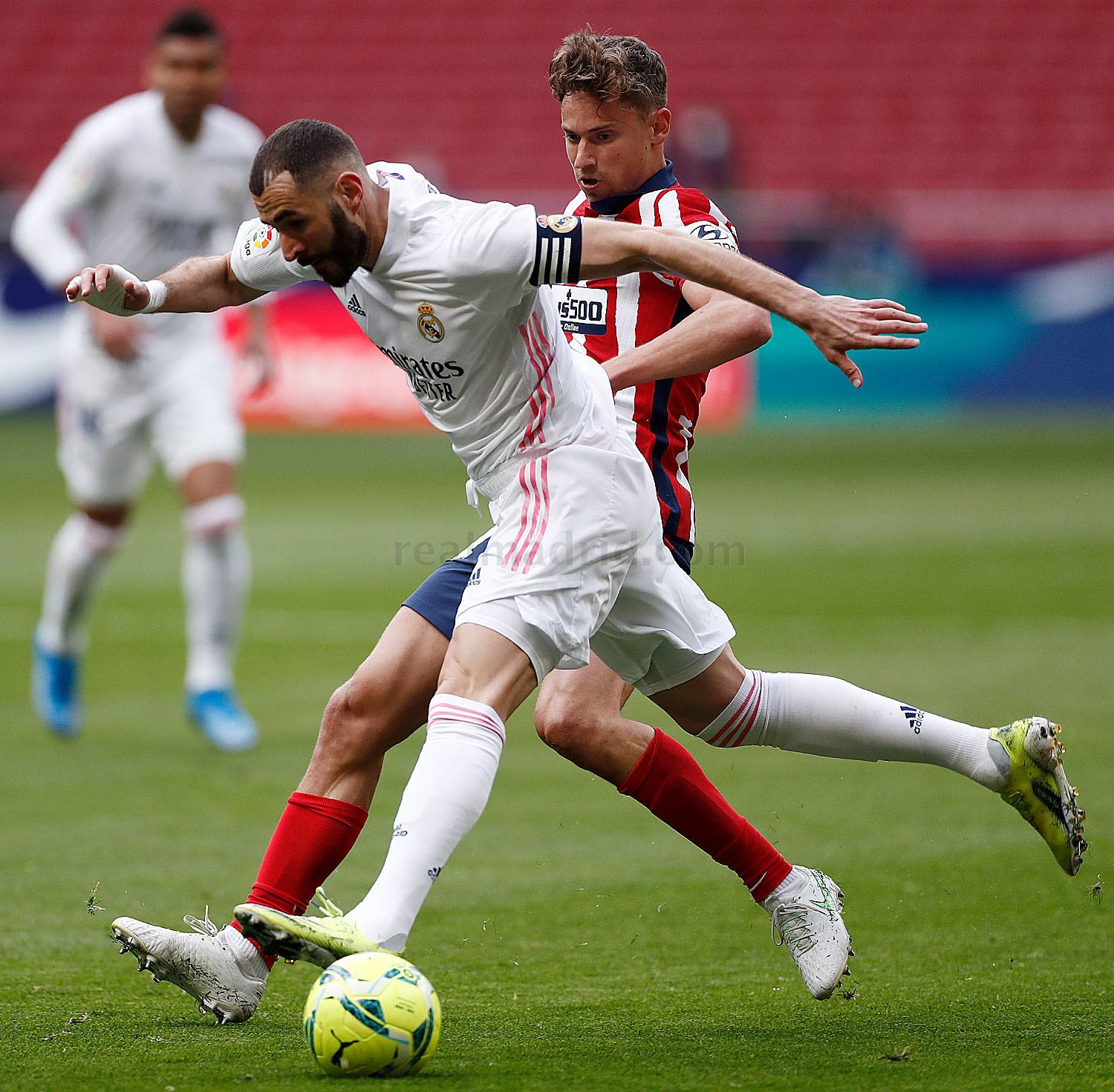 Zinedine Zidane took charge of his 246th game as Real Madrid boss in the derby and joined Del Bosque as the coach who has overseen the second most games in charge of the club. Miguel Muñoz leads the way with 605 games.

BENZEMA RETURNS WITH A GOAL

Karim Benzema was back in action for Real Madrid after missing the last three games. The Frenchman featured in the derby and was the star performer, netting the equaliser in the 88th minute.