Madrid edge ahead in tie 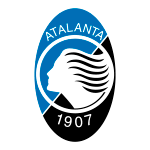 Mendy goal inspires the team to victory in Bergamo, before the two sides meet again on 16 March at the Di Stéfano stadium.

When the Champions League anthem rings out Real Madrid know it’s time to produce their best and that’s exactly what they did at the Estadi di Bergamo, as the team dug deep to secure the spoils against Atalanta. Ferland Mendy’s goal five minutes from the death handed the visitors a precious lead on their path to reach the quarter-finals of Europe’s most prestigious competition.

The Italians began the encounter by pressing high up on the Madrid defence and in the first five minutes two dangerous crosses found their way across Thibaut Courtois’ goal. Zinedine Zidane’s side circulated the ball well and began to dictate the pace of the game. Vini Jr. was thwarted by the goalkeeper after a ball over the top from Isco, as Gollini appeared to foul the Brazilian in the process. On 17’, the referee showed Freuler the red card after hurling down Mendy when the defender was through on goal.

Things would go from bad to worse for the hosts, who saw Duván Zapata forced off injured with half-an-hour gone, replaced by Pašalić. That gave way to some of the finest chances yet for the madridistas. Isco and Vini Jr. had opportunities to open the scoring on 37’ and 38’ minutes, but their attempts were both deflected behind for corners, before Asensio headed a fine Modrić cross straight into the goalkeeper’s gloves. The best chance so far though, fell to Casemiro, who turned a Kroos’ free-kick towards goal but the outcome wasn’t to be the same as the duo’s connection against Valladolid.

Zidane’s side continued to move the ball around fluidly in the second period, pinning Atalanta back deeper all the time. A Modrić effort with the outside of his boot slid just by the post after taking a flick off a defender, before Mariano was brought on (57’) as the search for a goal continued. Madrid then tried their luck from a free-kick but Asensio’s effort was kept out by Gollini.

Just reward
The team refused to give in and with just 15 minutes left on the clock, both Sergio Arribas and Hugo Duro entered the fray. The forward swiftly unleashed a fierce strike from the edge of the box but it came back off an opposition defender. The Italians could find no way out of Madrid’s relentless pressure now and the Whites would get the goal their efforts merited with 86 minutes gone. A short Kroos corner was picked up by Modrić, who laid the ball to Ferland Mendy. The Frenchman proceeded to bend a beautiful right-footed effort into the back of the net from the edge of the box to seal a fine win on the night. Real Madrid and Atalanta lock horns once again to decide the tie at the Di Stéfano on March 16th. 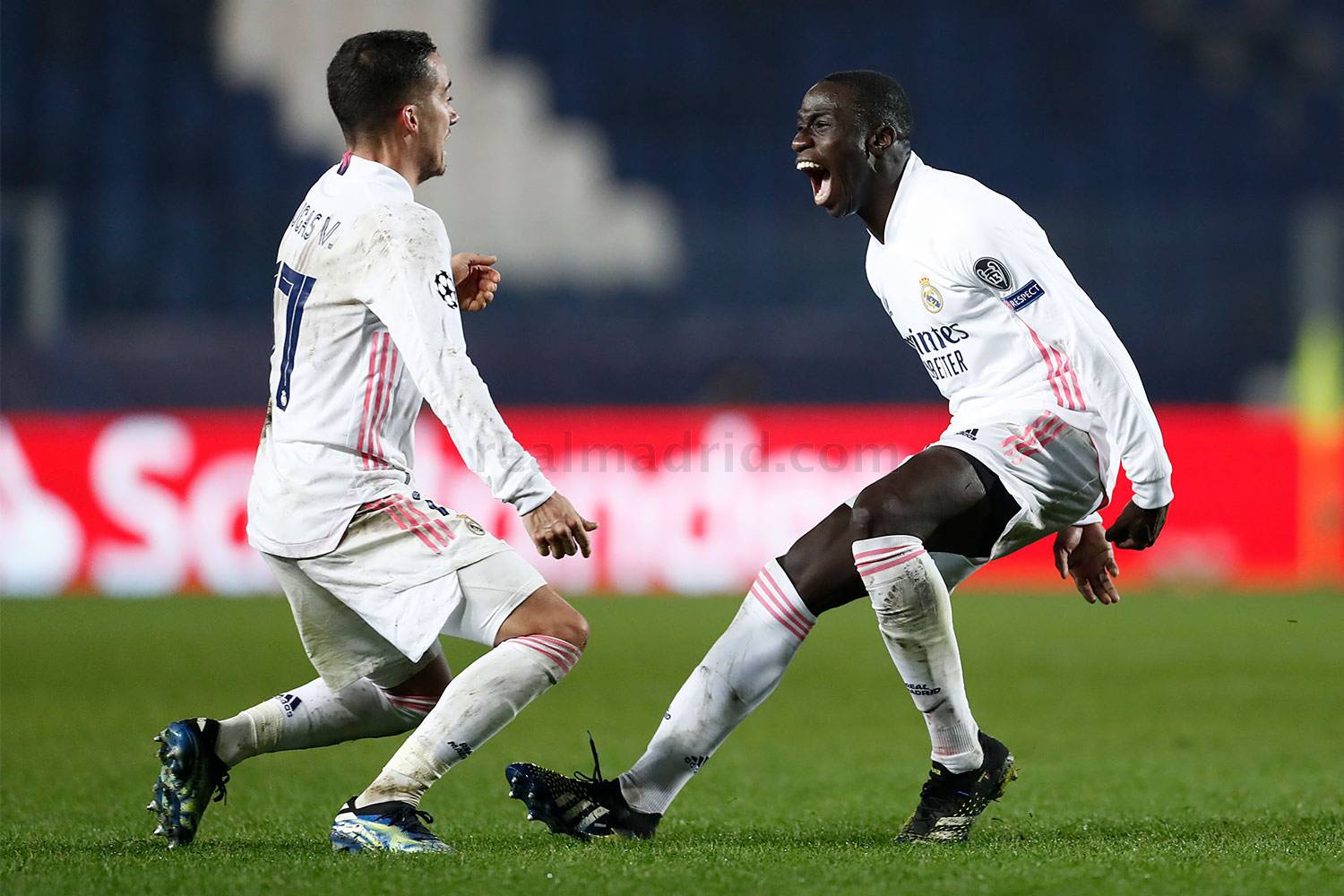 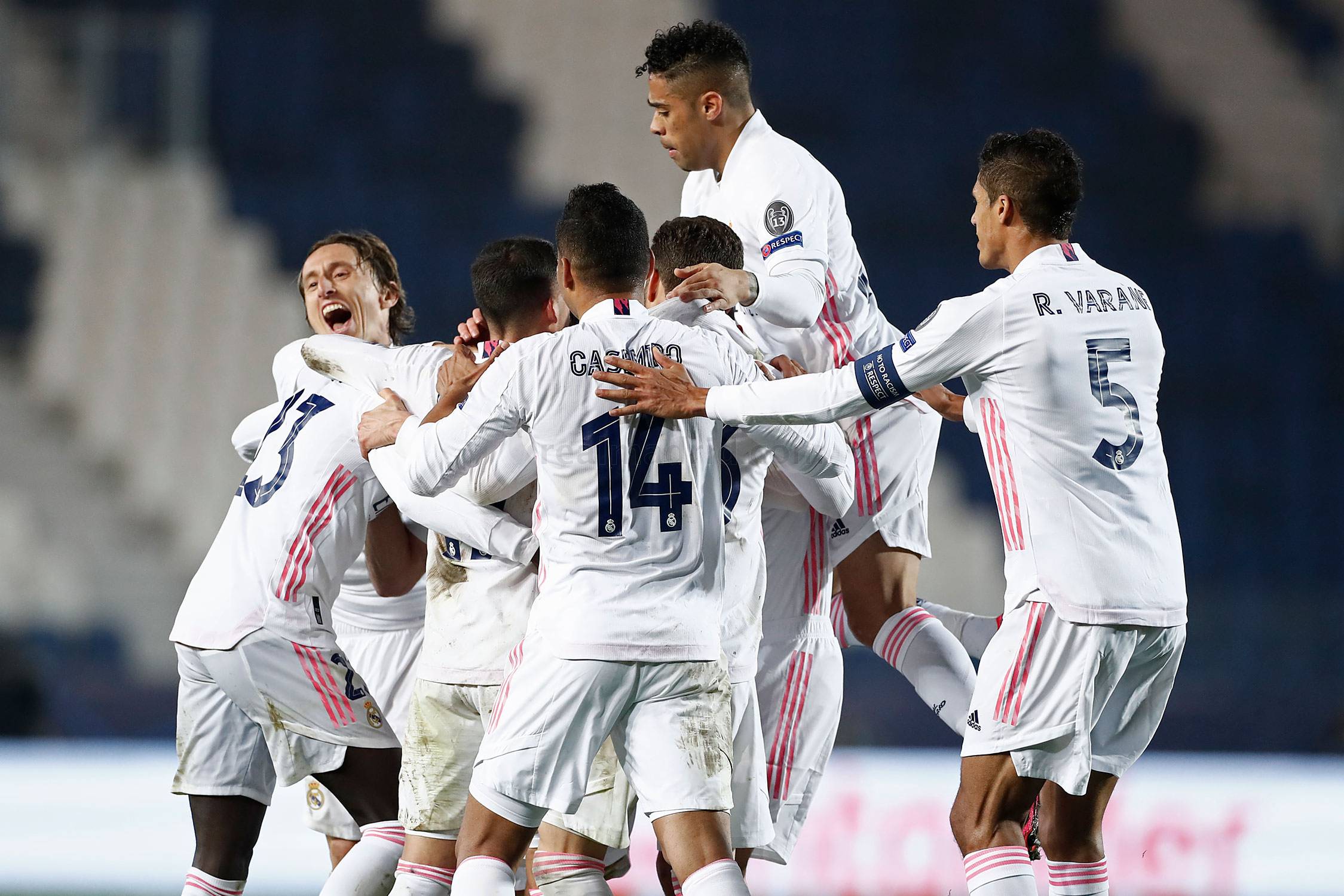 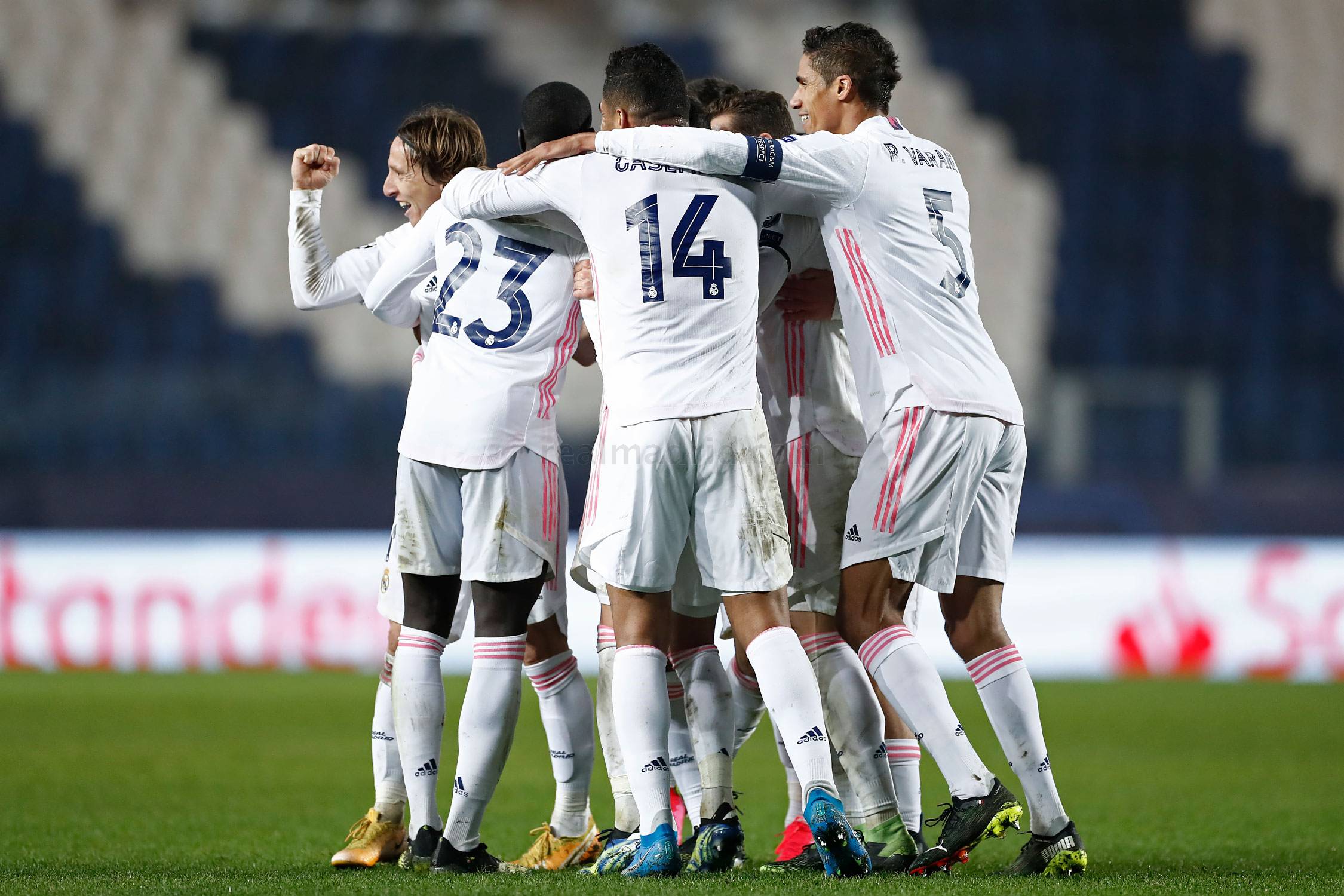 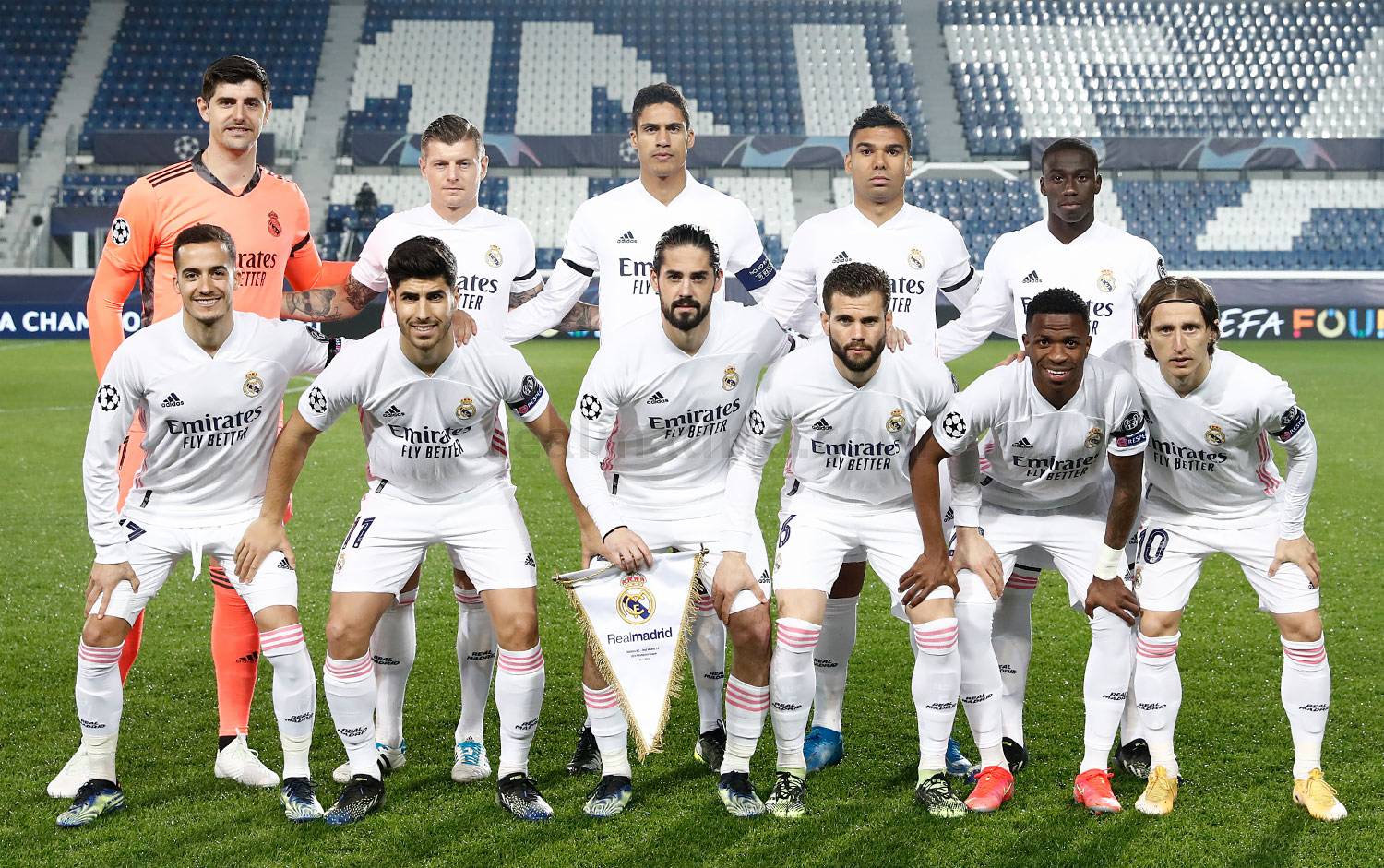 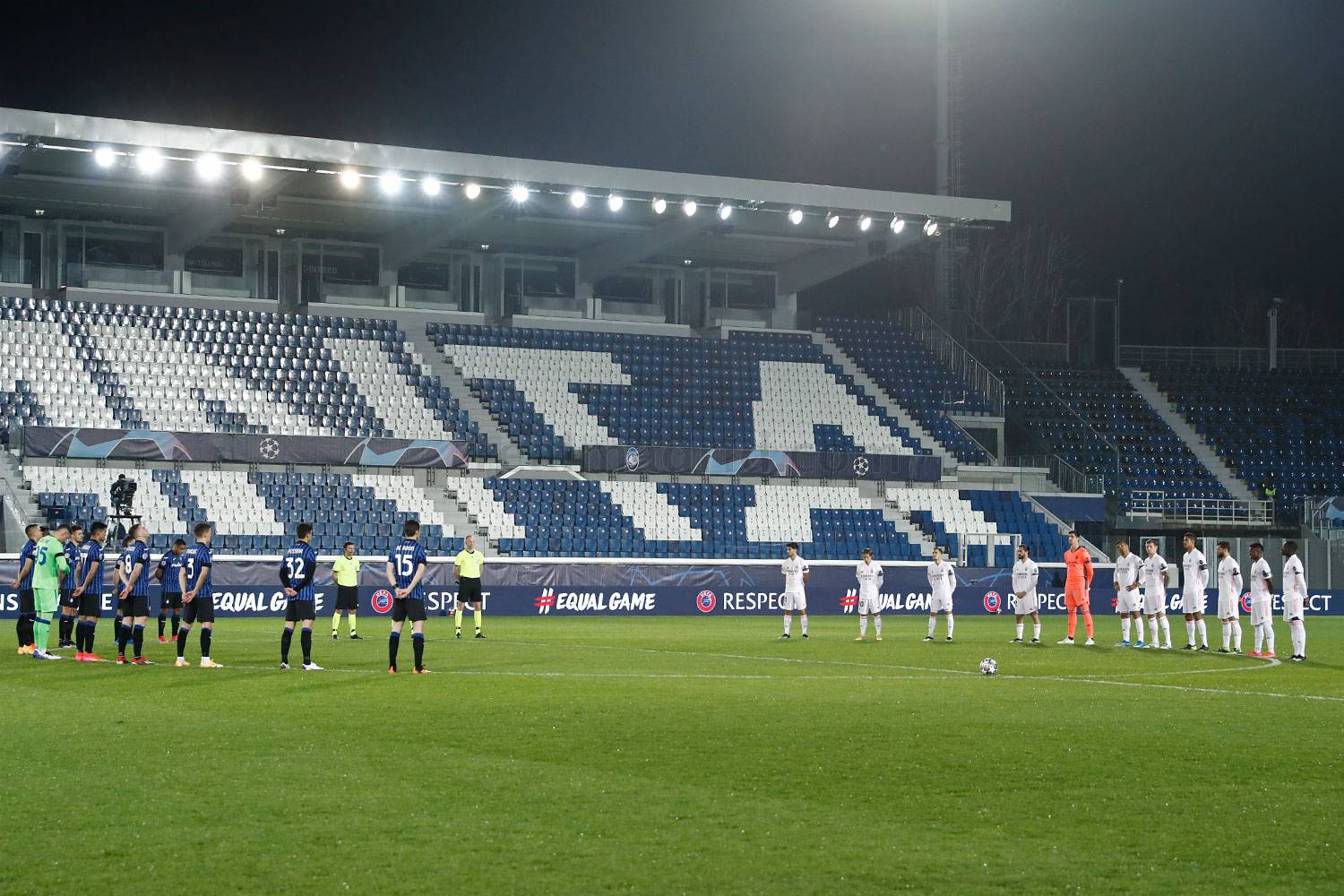 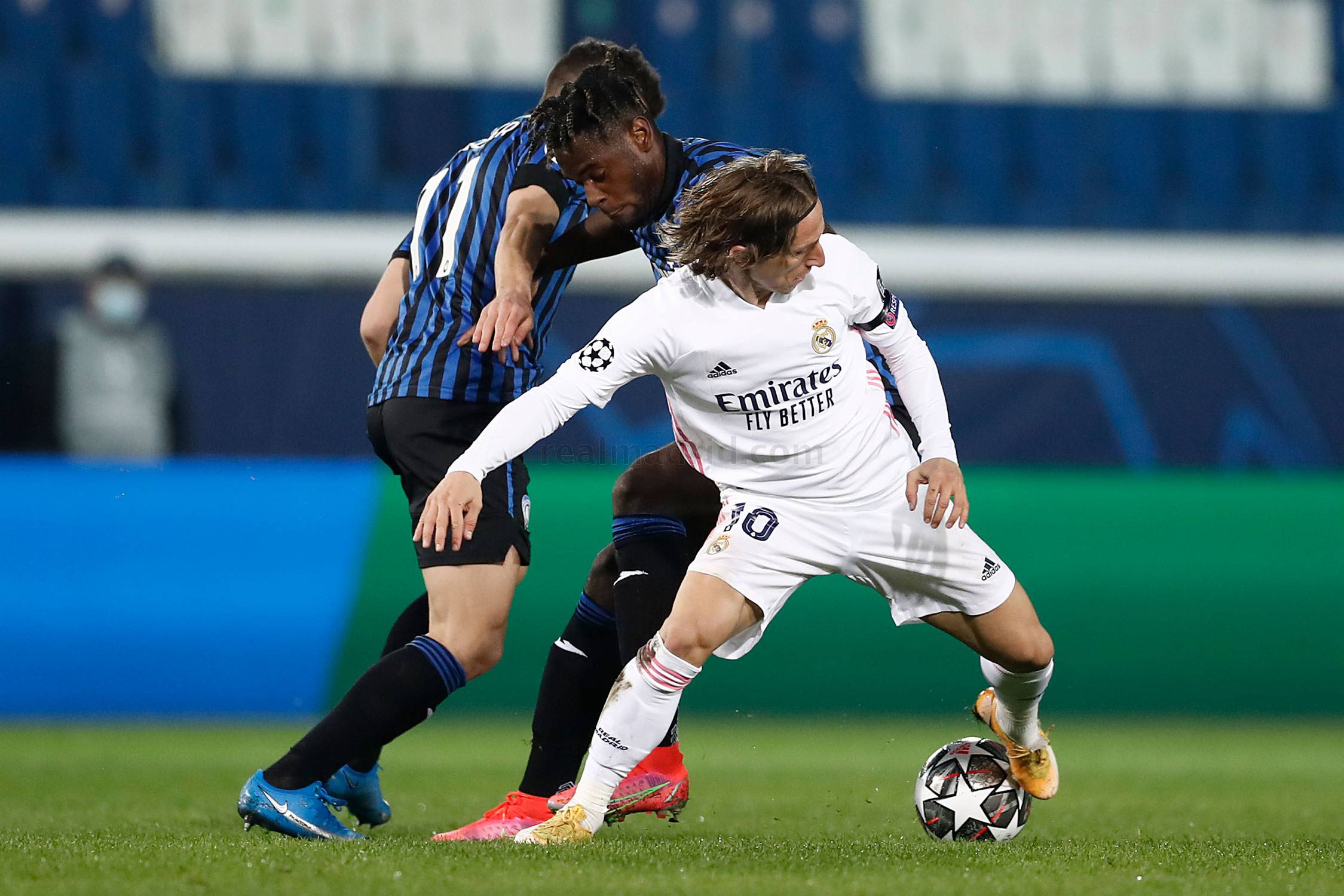 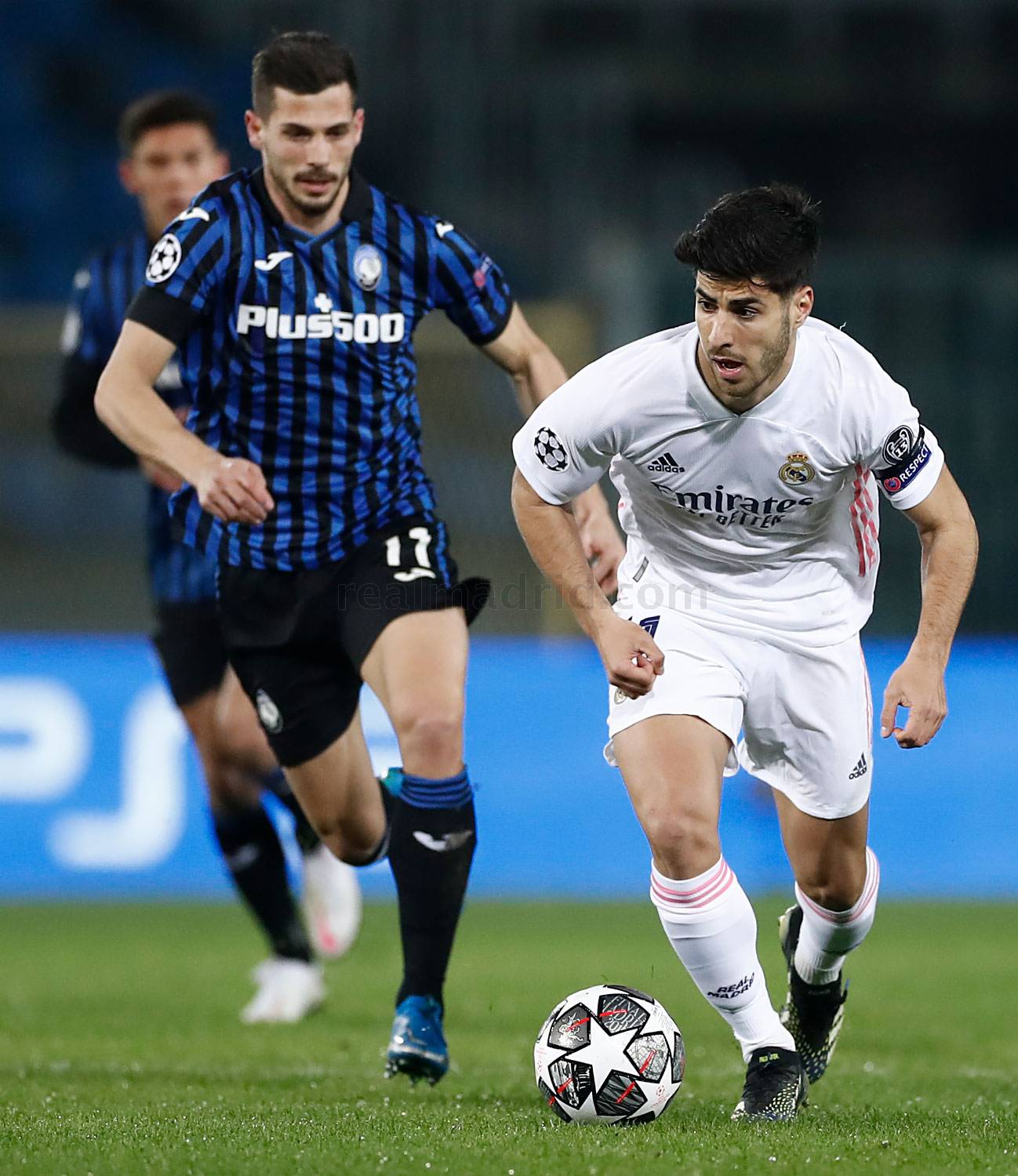 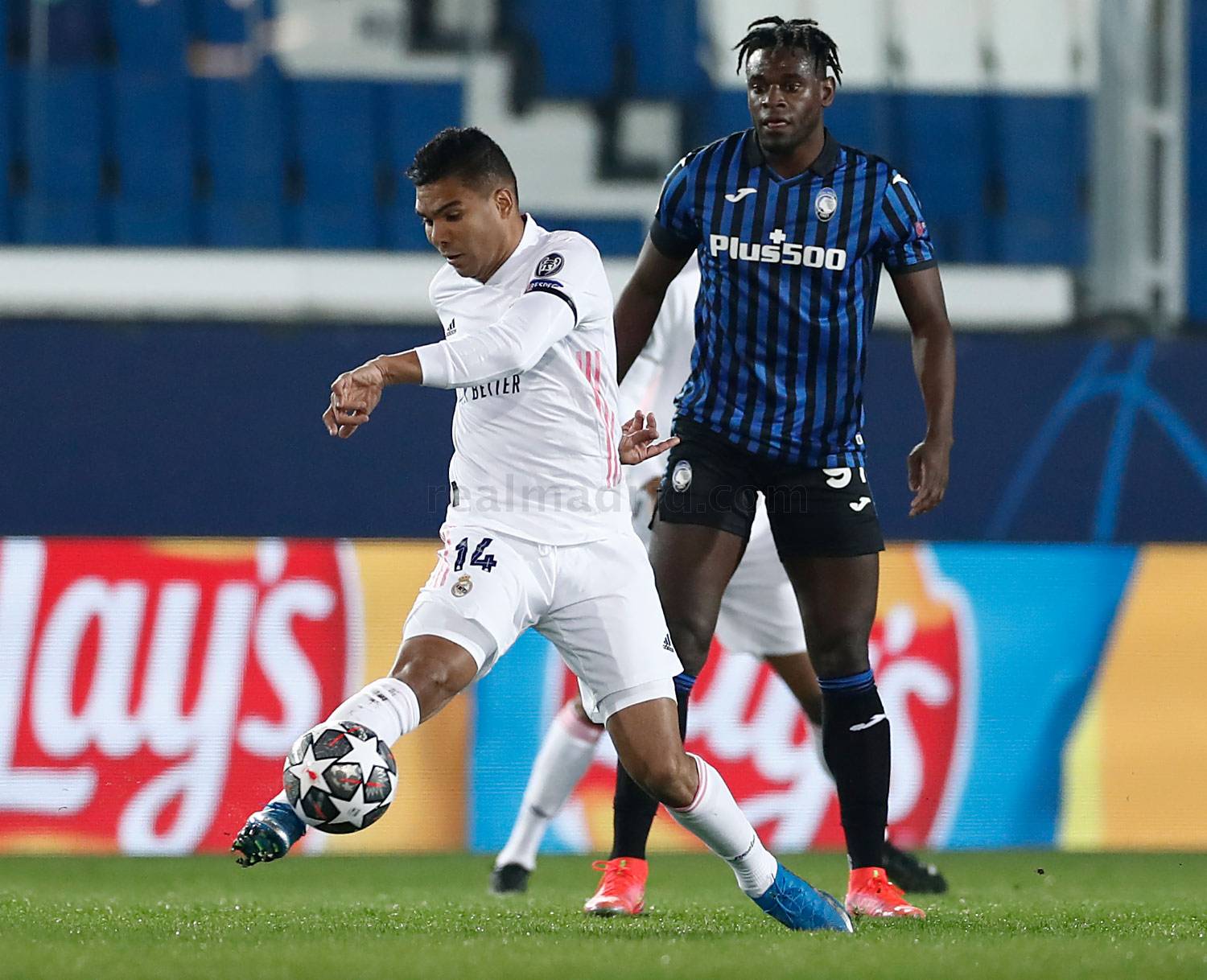 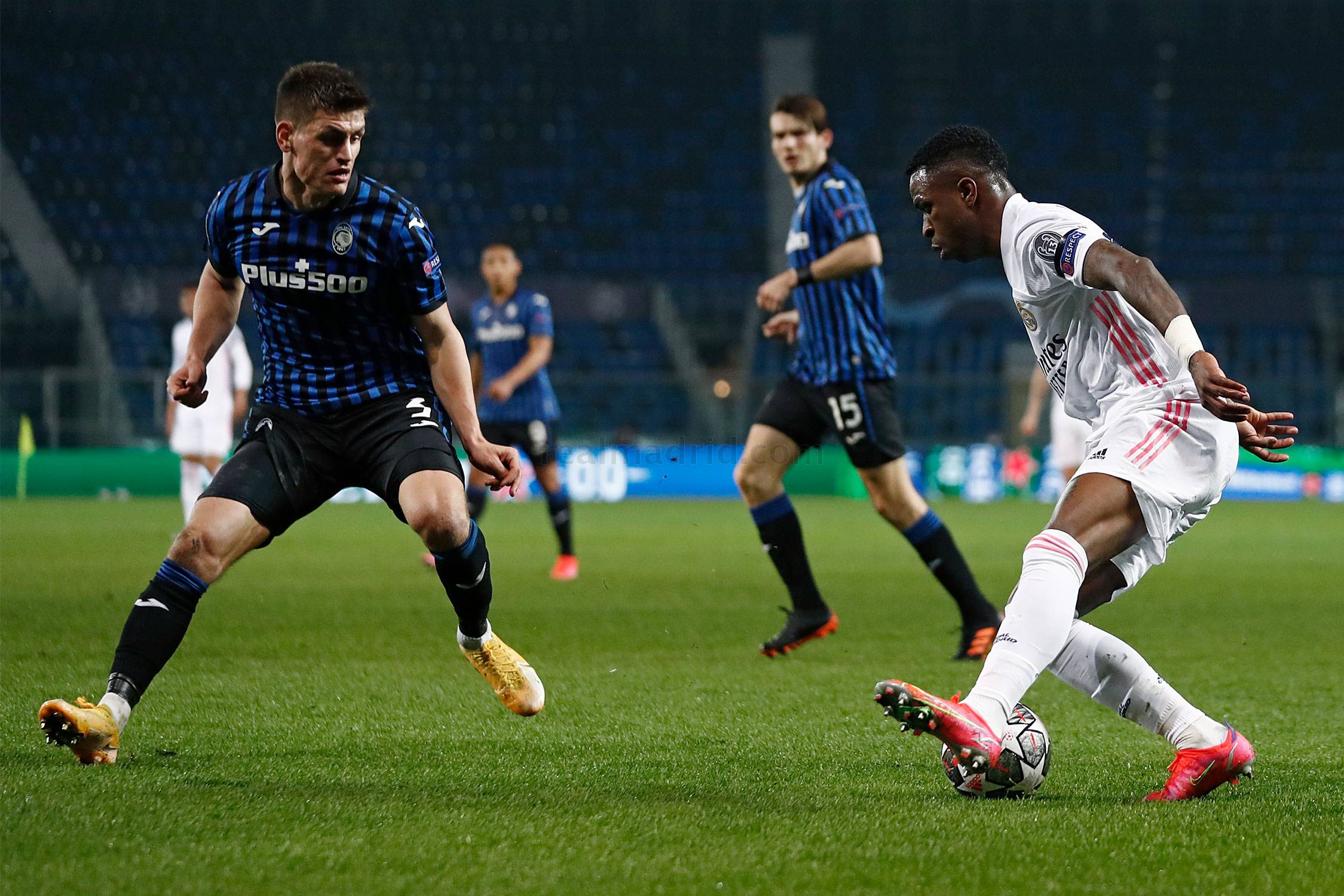 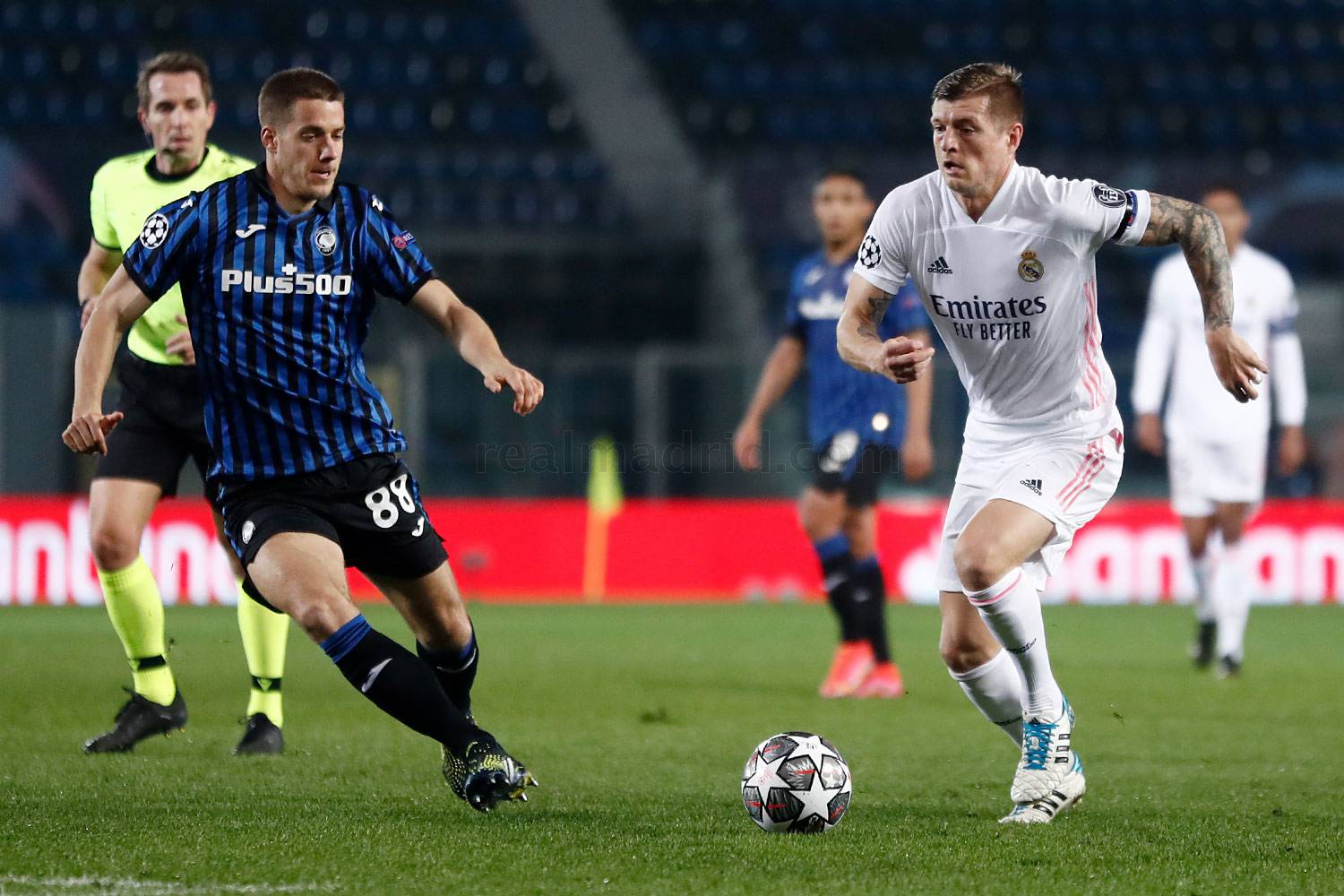 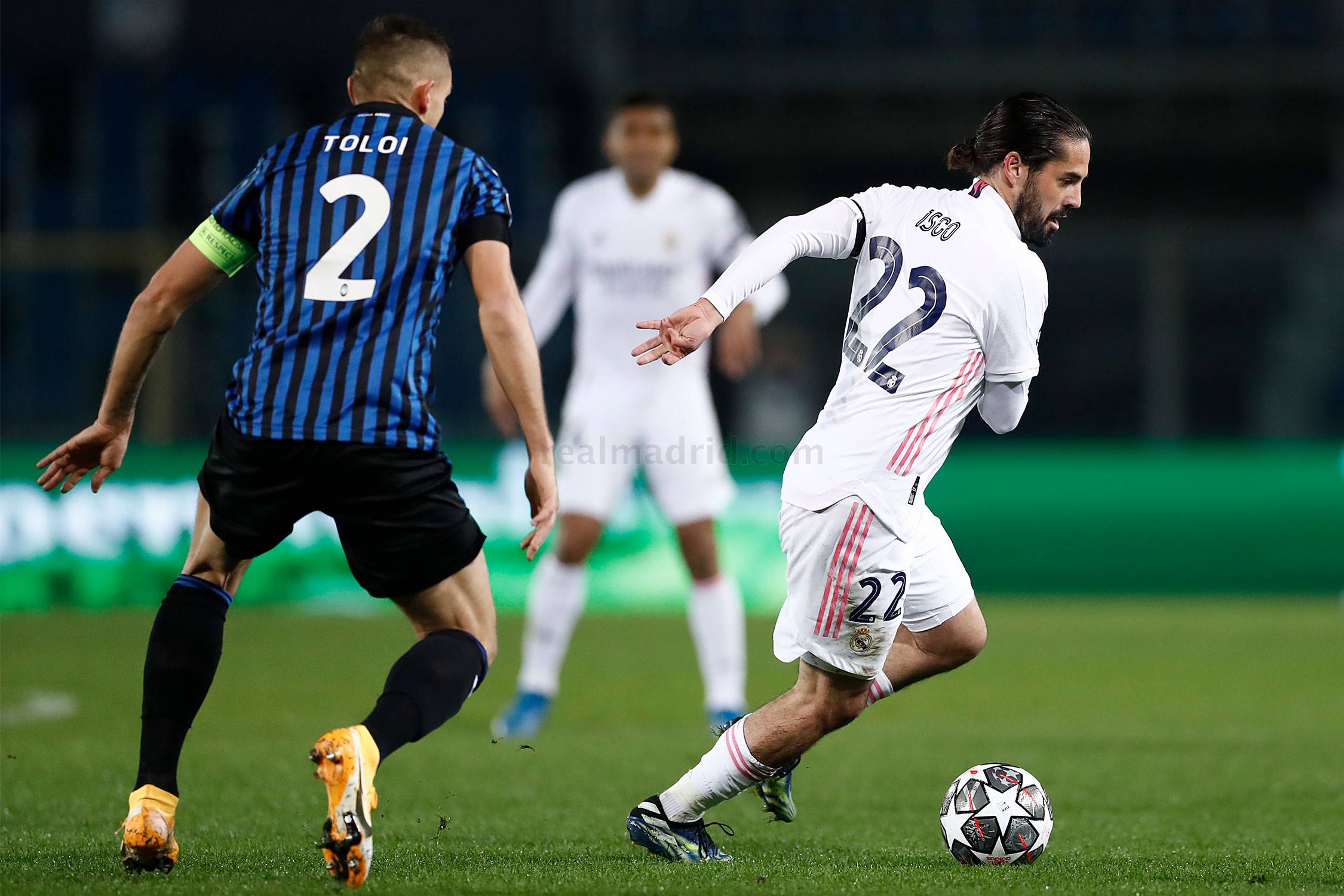 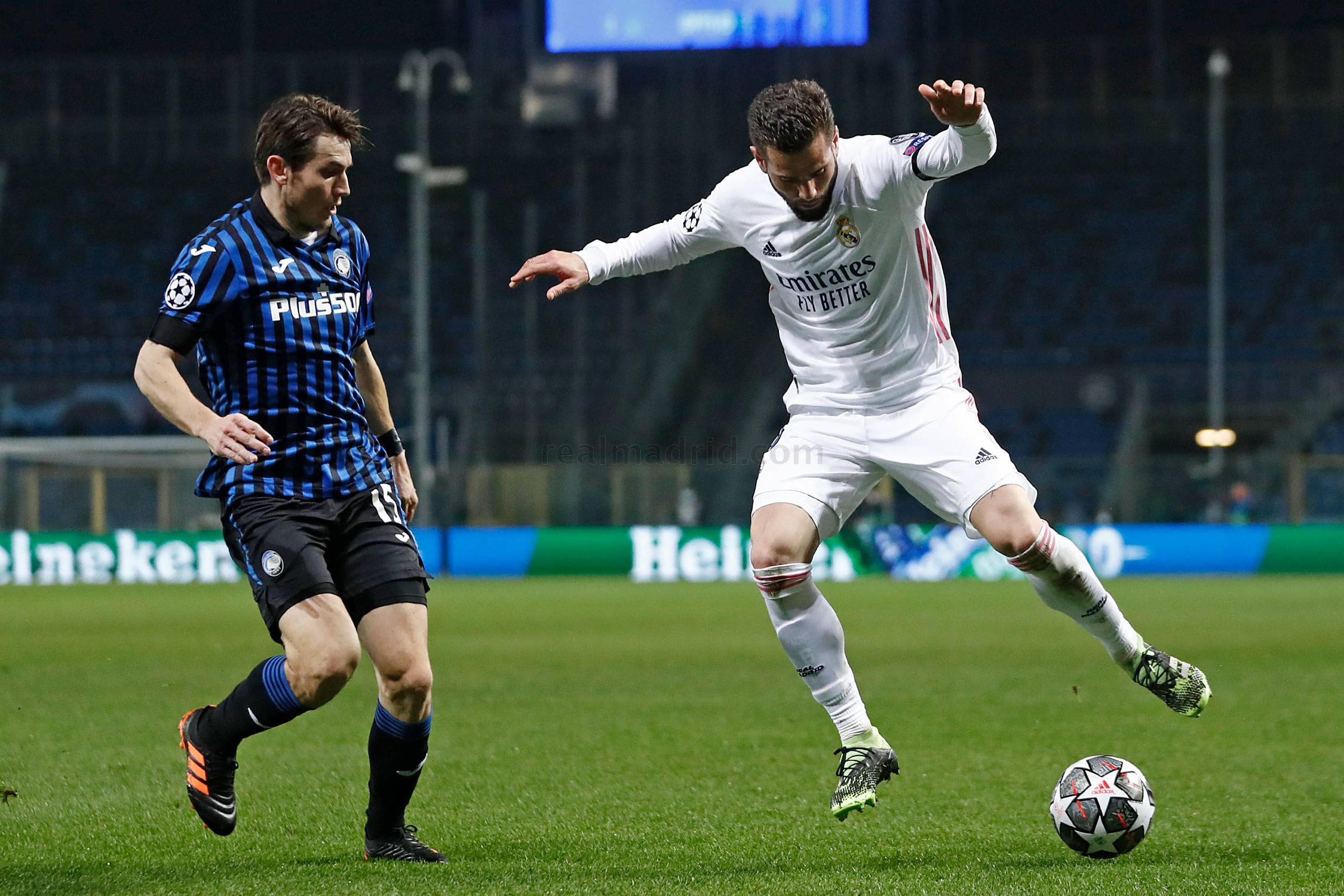 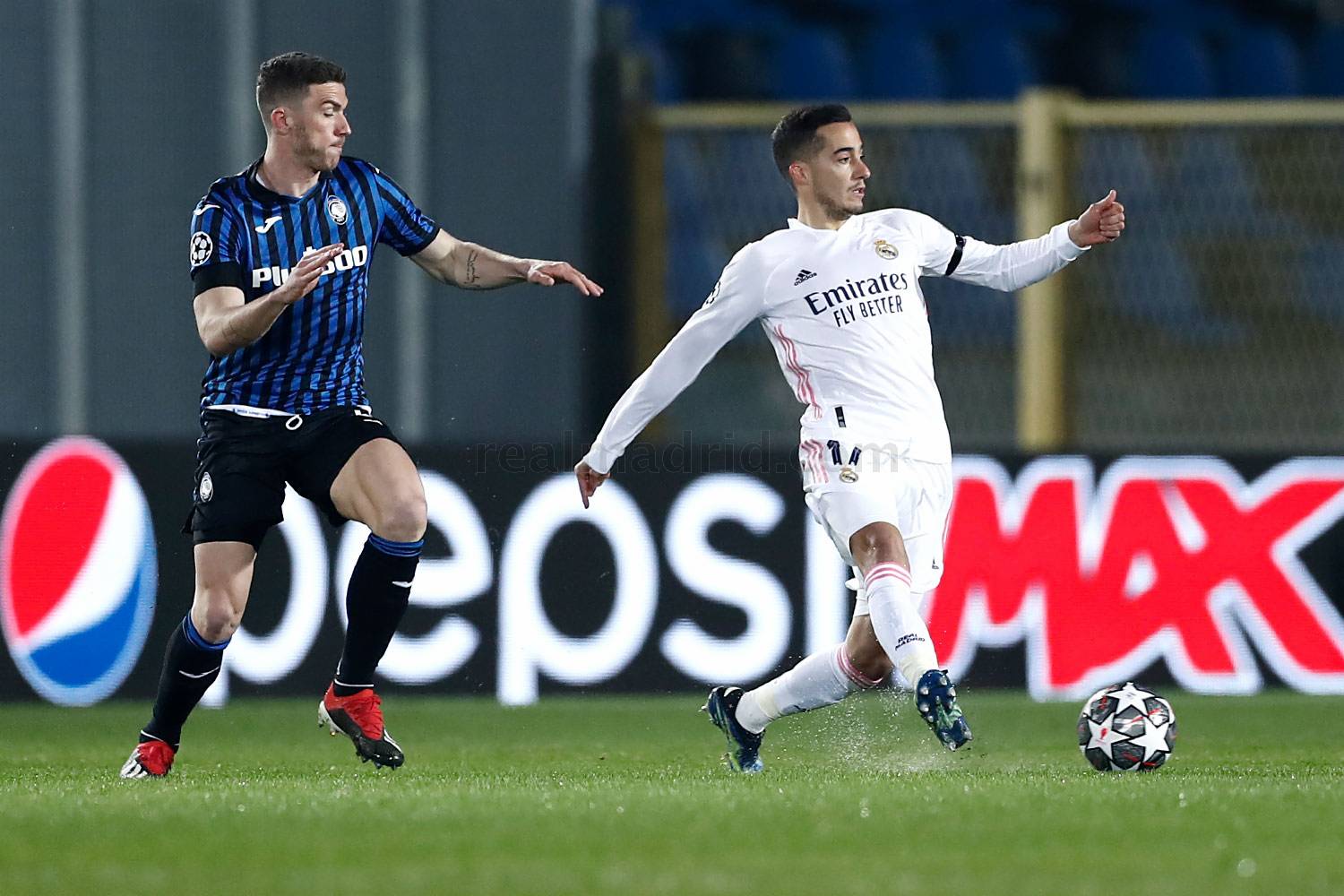 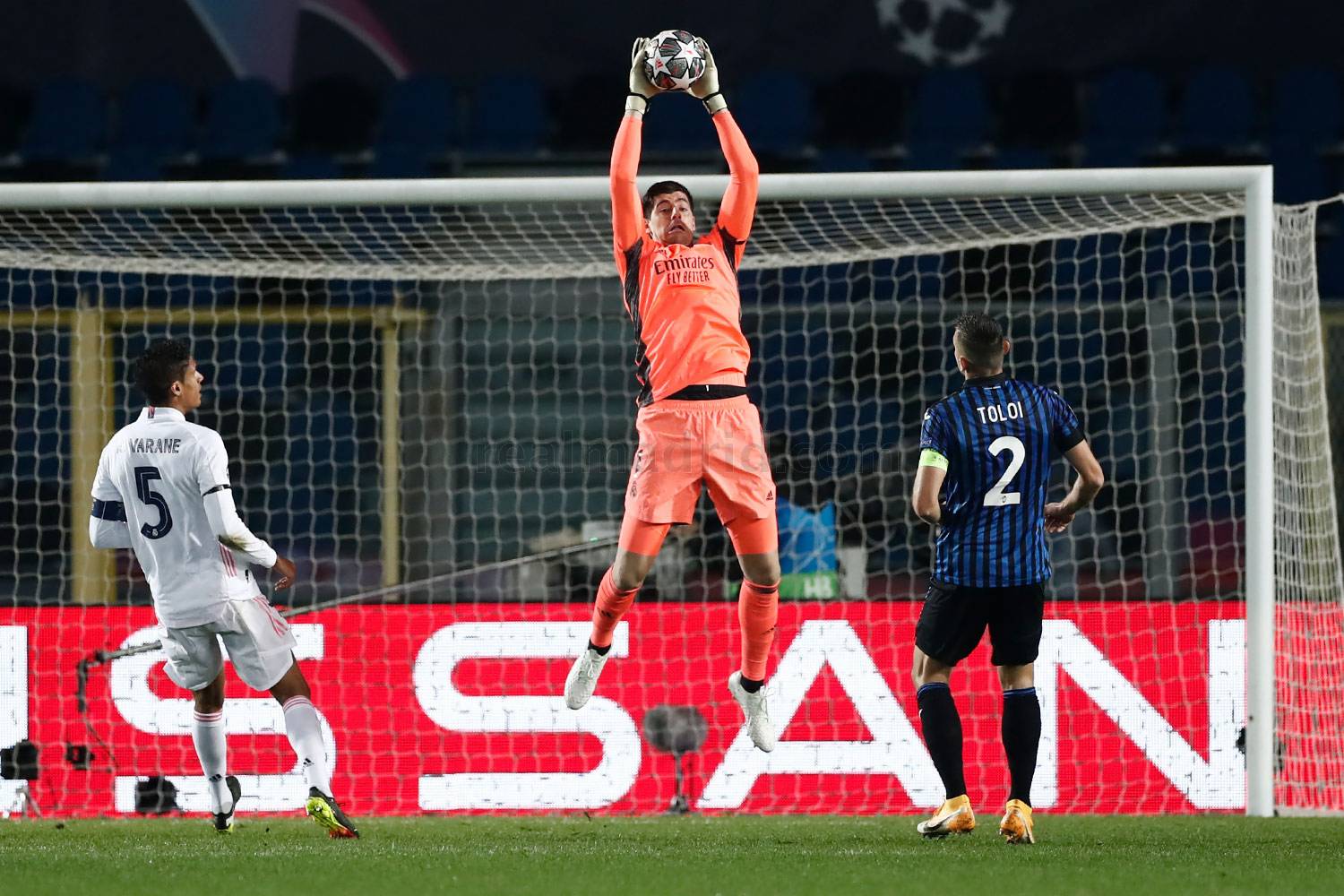 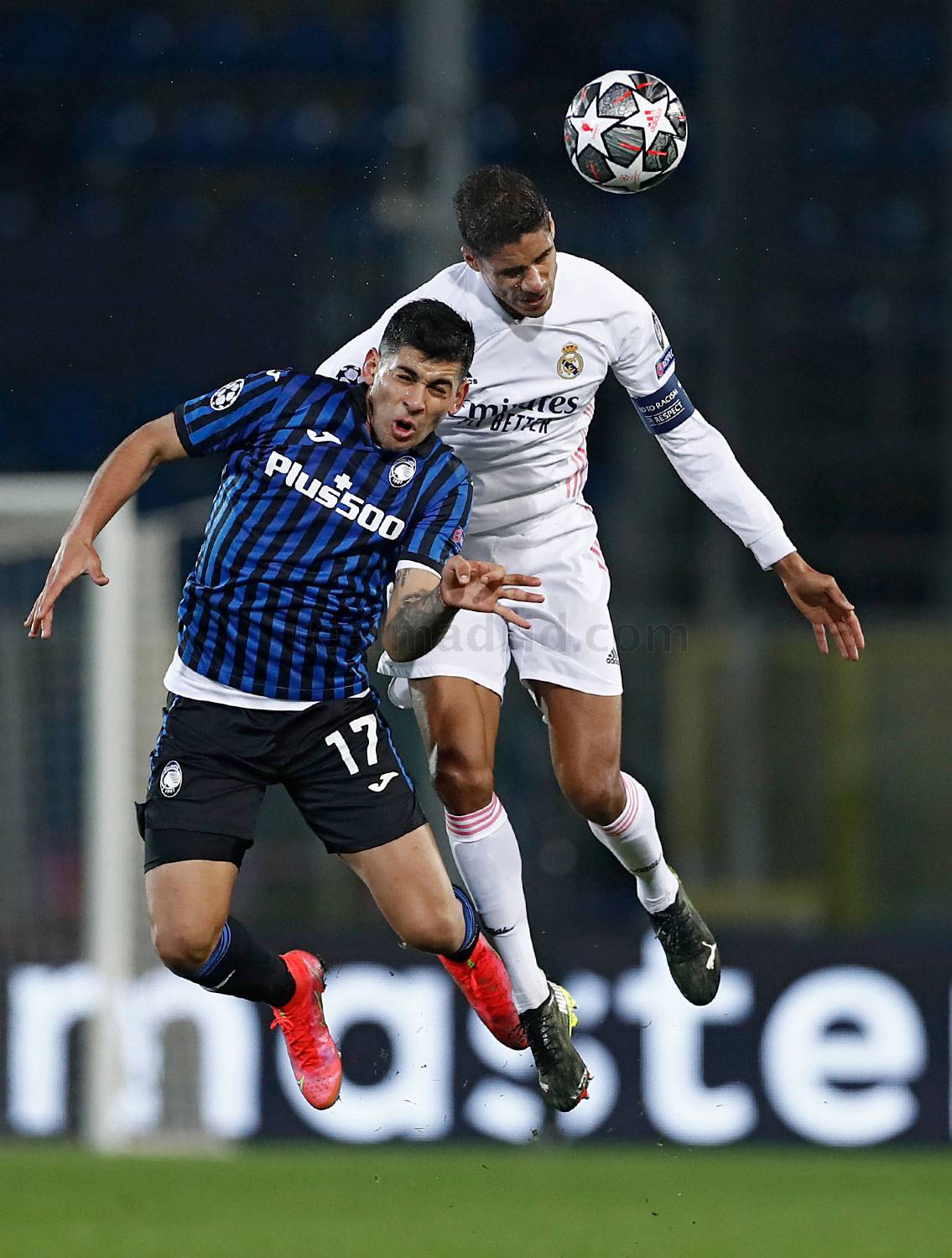 It was a milestone night for Toni Kroos, who equalled Stielike as the leading German appearance-maker in Real Madrid history. Kroos has won 14 titles with the club over the course of his 308 games.

Real Madrid had the honour of becoming the first team to reach 100 Champions League knock-out game appearances, rising to the occasion with a victory.