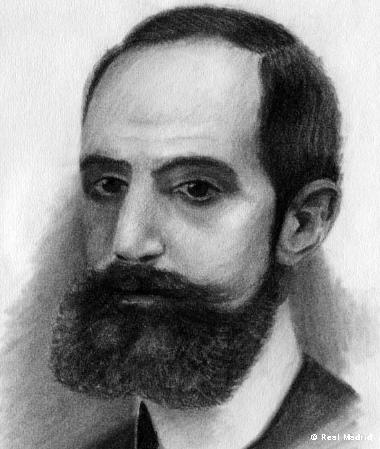 During his spell as president, Real Madrid won everything and paved the way for future success. With Carlos Padrós as president, the team played eight finals and won all of them.

He is also considered to be one of the true pioneers of football in Spain and devoted a great deal of his life and his personal income to promoting the sport that was to become by far the most popular sport in the country during his lifetime. Along with his brother Juan, who he preceded him as president of Real Madrid, he brought a sense of modernity to the club and officially founded the ‘Madrid Foot-Ball Club’.

He took over the presidency of the club in 1904, and during his spell in the job he laid the foundations to turn Real Madrid into a strong and well organized club. Indeed, his main concern was undoubtedly to create a great team on and off the pitch.

This period saw the start of organized football competitions, the creation of the rules and regulations of the game, the standardization of football pitches, the first club headquarters and the first “obligatory fees” paid by members.