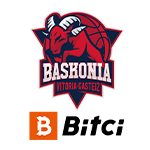 The Whites got the series underway in style by defeating Bitci Baskonia, with 17 three-pointers, in a very complete display at the WiZink Center. Causeur and Tavares both scored above 20 in PIR.

Real Madrid got the Liga Endesa semi-finals underway with an important victory against Bitci Baskonia at the WiZink Center to move 1-0 ahead in the best-of-five series. After a closely contested first half, Pablo Laso’s men mounted a spectacular 17-2 scoring run at the start of the third quarter and they kept the visitors at arm’s length into the final quarter to pull 22 points clear. The madridistas were spearheaded by Causeur (16 points and 21 in PIR) and Tavares (12 points, 13 rebounds and 24 in PIR). Madrid's 17 three-pointers scored is club record in a playoff game.

Following a very sluggish start from both teams (5-6), the game sparked into life from the fifth minute onwards. Madrid, who were quickly hampered at the point guard position by Hanga's two personal fouls (Abalde was unavailable today), were able to recover following the introduction of Llull and Rudy. Together they accounted for their team's next 20 points (3 three-pointers without miss from the captain and 11 points from the small forward) to open up a six-point lead in the 12th minute (25-19). Baskonia stood firm thanks to their turnovers, the success from long range of Marinkovic and Baldwin IV and by balancing the fight for rebounds in the second quarter (in the first they had been overpowered by Madrid). But Tavares and Poirier remained solid in defence for the Whites, who went into the break with a 42-40 lead.

Causeur's outstanding performance
Llull's retreat to the locker room midway through the second half due to injury did not bode well for the hosts, who were now another playmaker down. But Real Madrid thrive in the face of adversity, and this is part of their DNA. This was soon demonstrated after the restart with a superb third quarter, most notably in the first four minutes, when they put together a 17-2 run to move 59-42 ahead. Causeur spearheaded the the madridistas with 14 points in this period, both at the start to pull clear and then to hold off the visitors' onslaught led by Costello (74-63, min.30).

Resounding victory
Baskonia never relented in their efforts, but it was to no avail. They encountered a Madrid side that played solidly and were faultless at times in defence, which ultimately defused the Basque side. The Whites made another excellent start in the last quarter to build on the run started in the third period. Between 20' and 35', Madrid went 52-30 up, capped off by an unorthodox three-pointer from Rudy (he became the fifth highest three-point scorer in the ACB, overtaking Perasovic with 884) to the joy of the WiZink Center faithful (92-70, min. 37). Homegrown youngster Klavzar made his league debut and Juan Núñez also enjoyed valuable minutes in an all-contributing team (6 players in double-digit scoring), setting a new record with 17 three-pointers (94-84, min.40). The two sides will go head-to-head again on the Madrid home court in less than 48 hours (Saturday, 6pm CET). 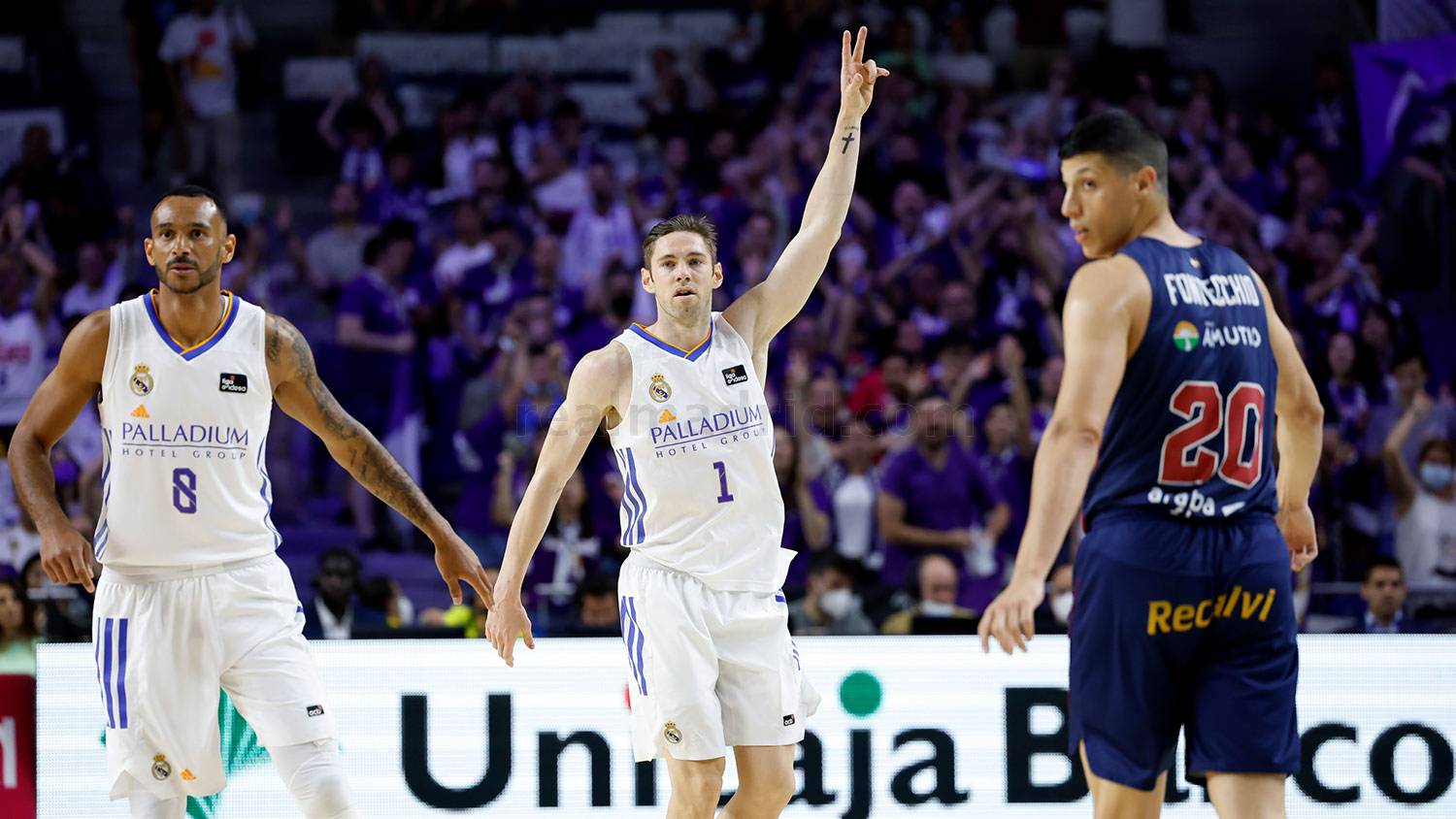 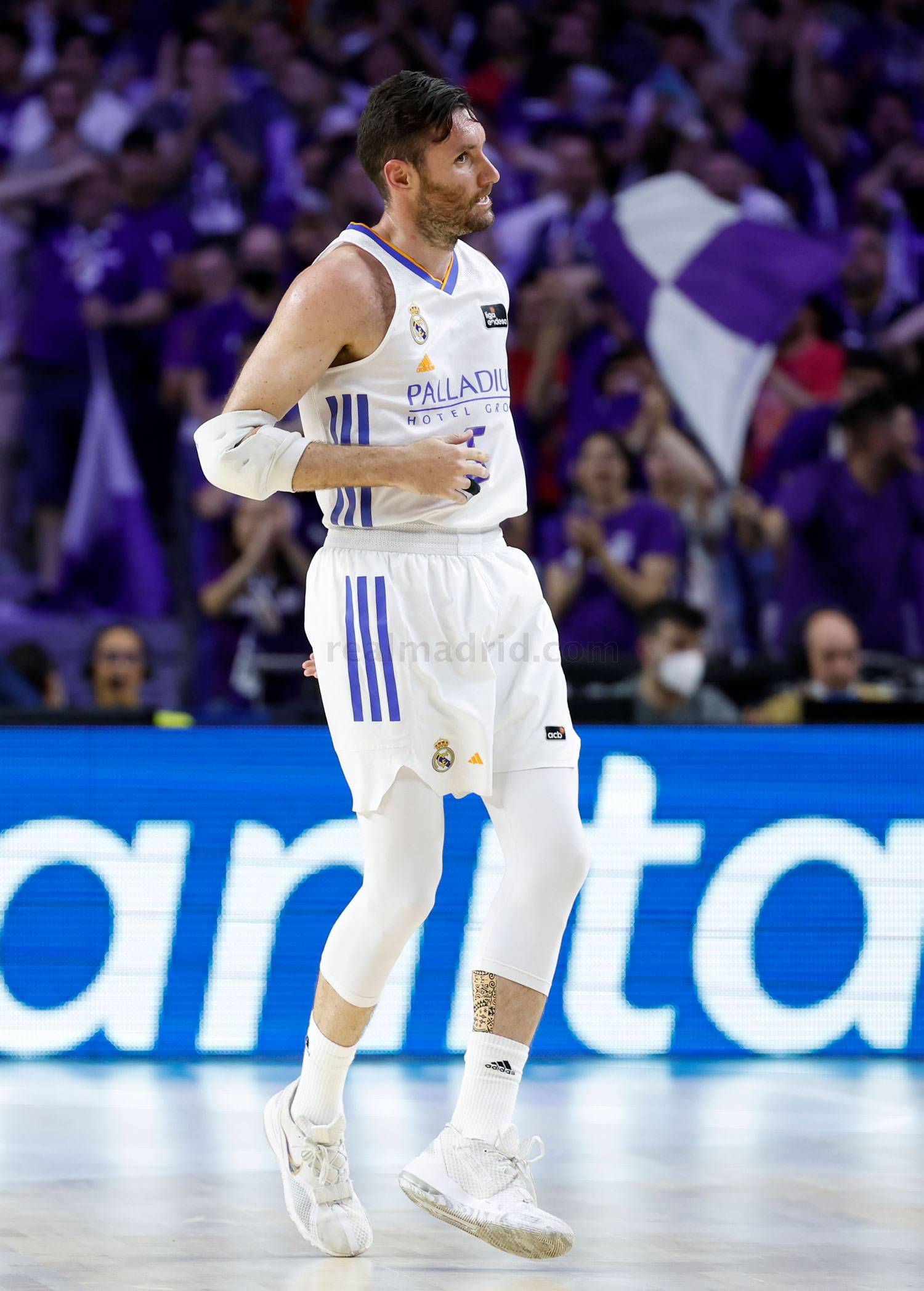 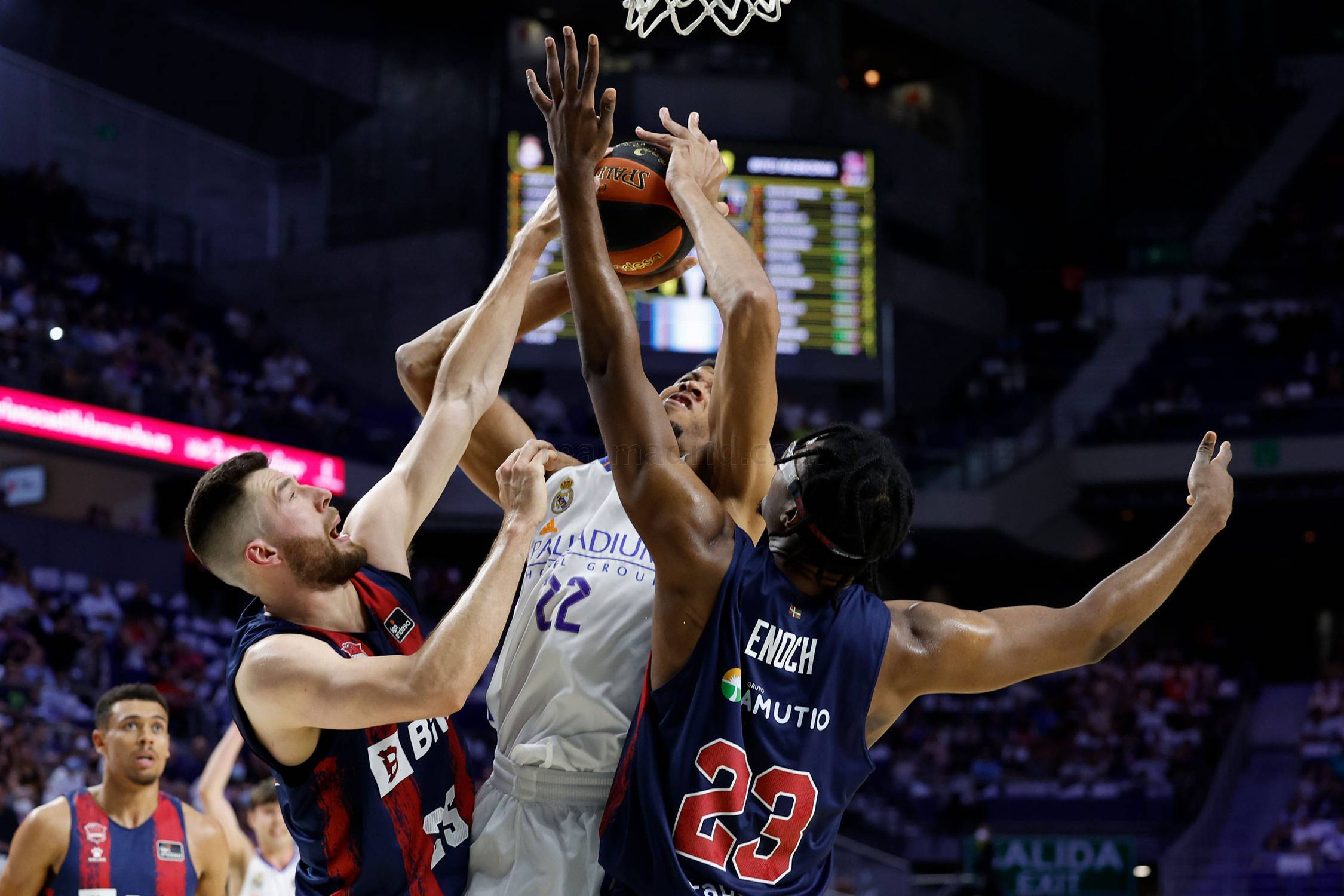 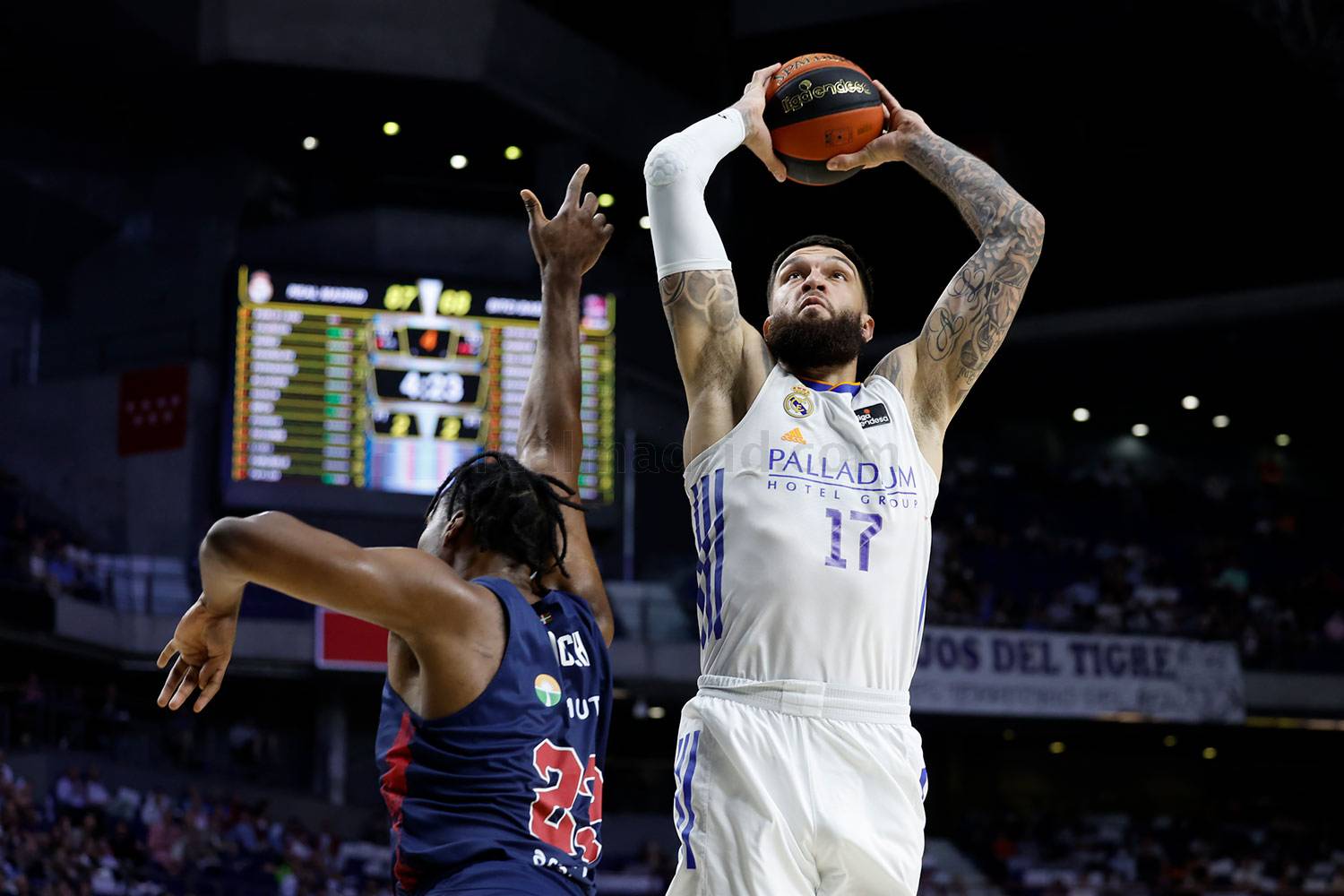 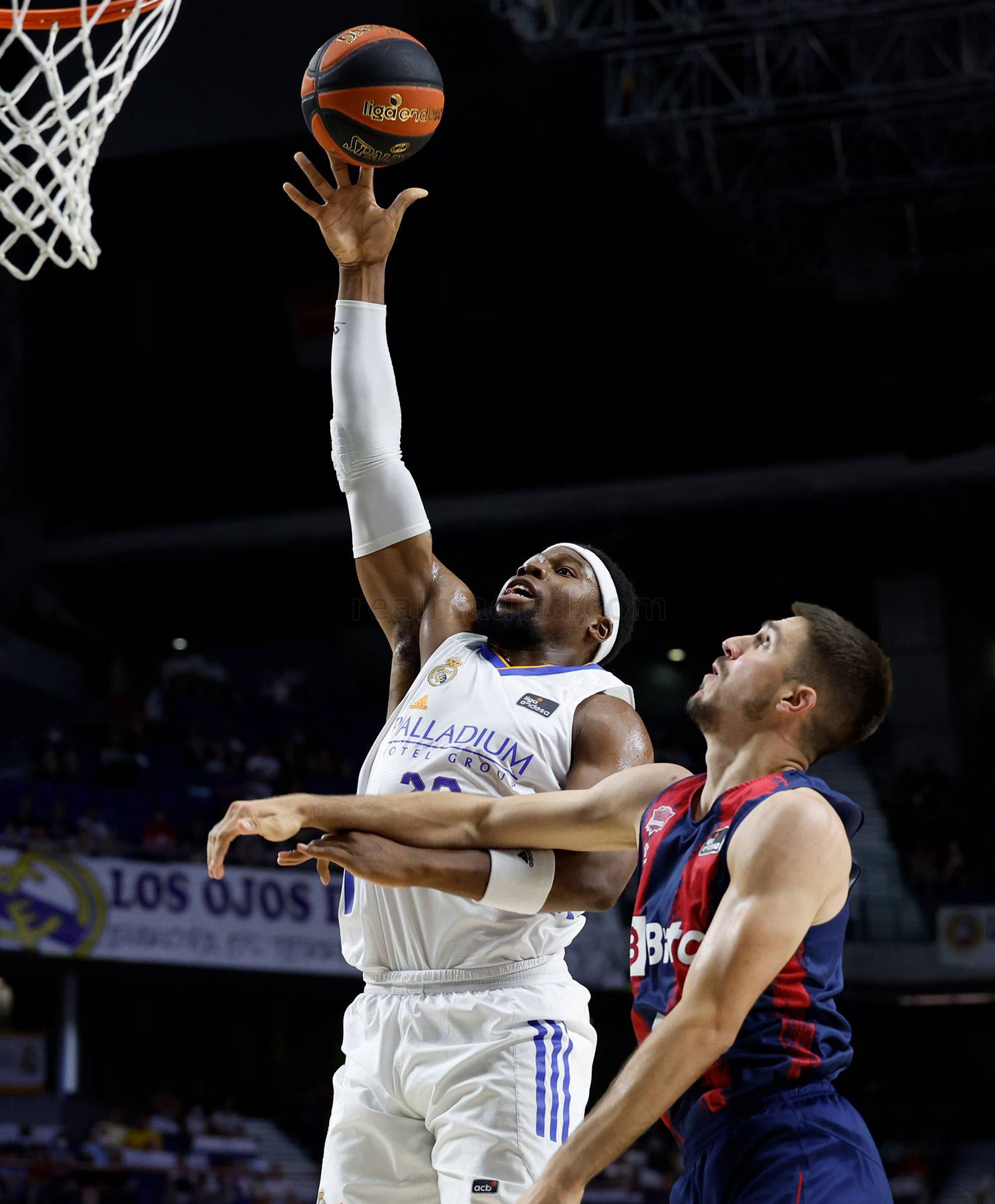 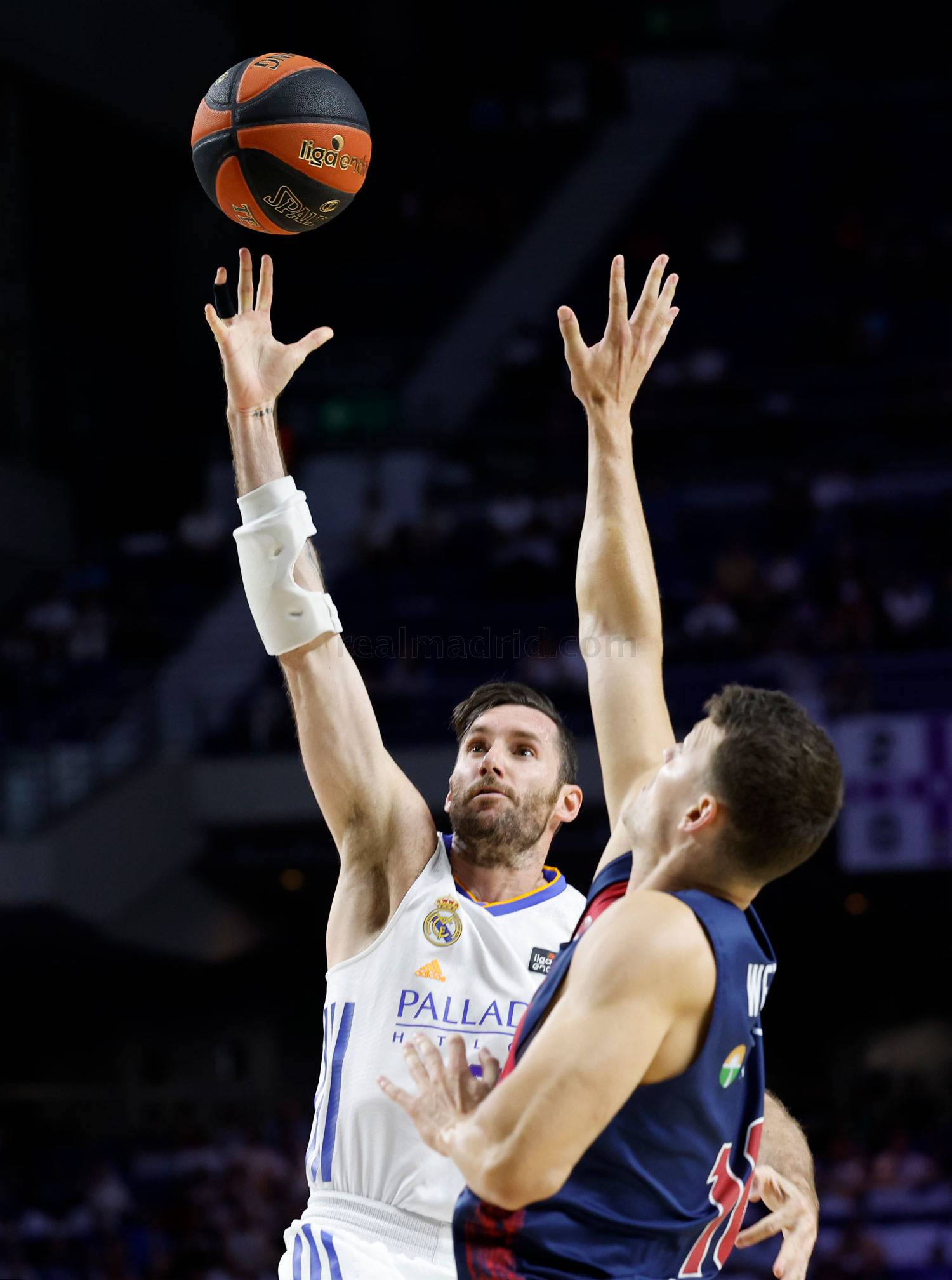 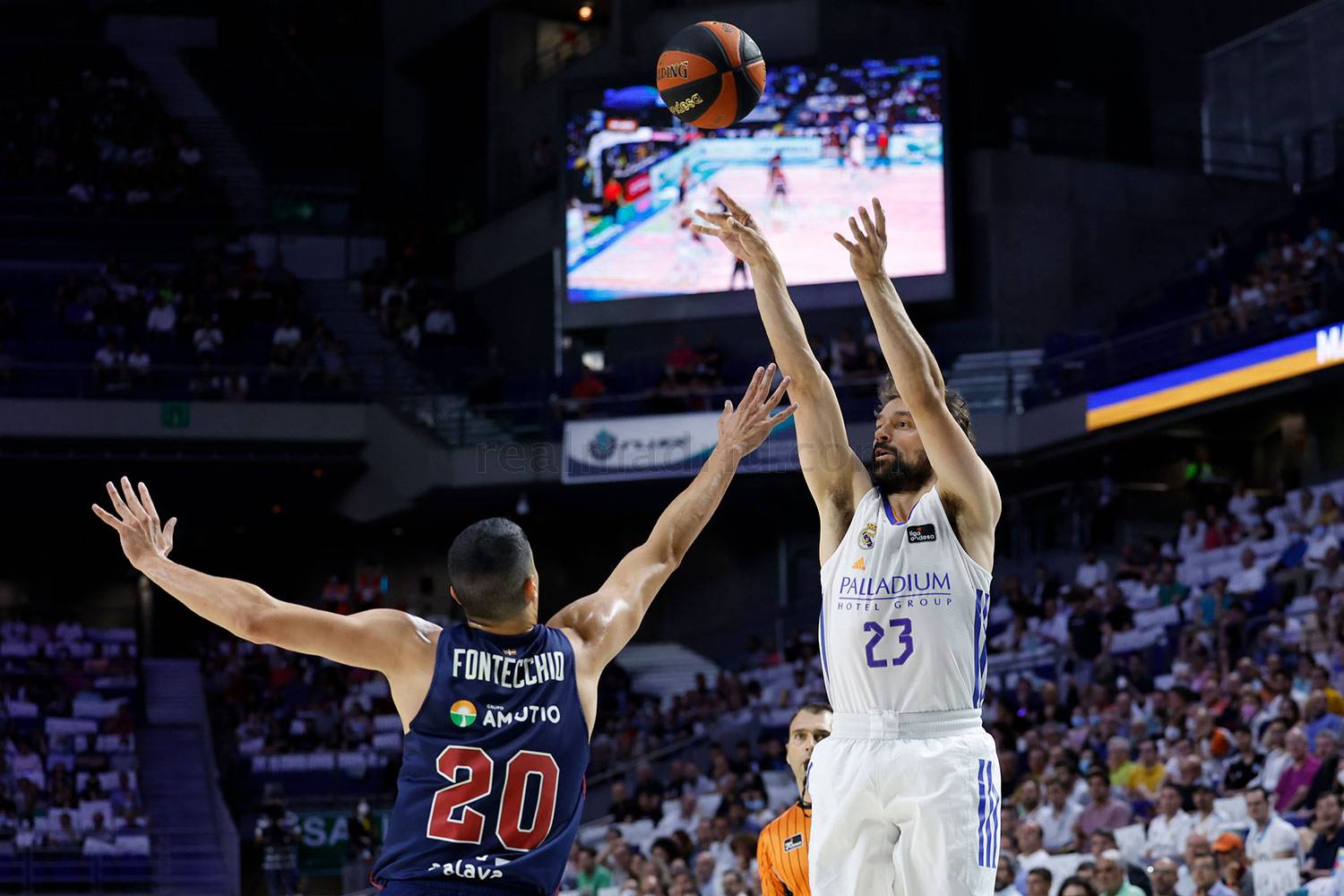 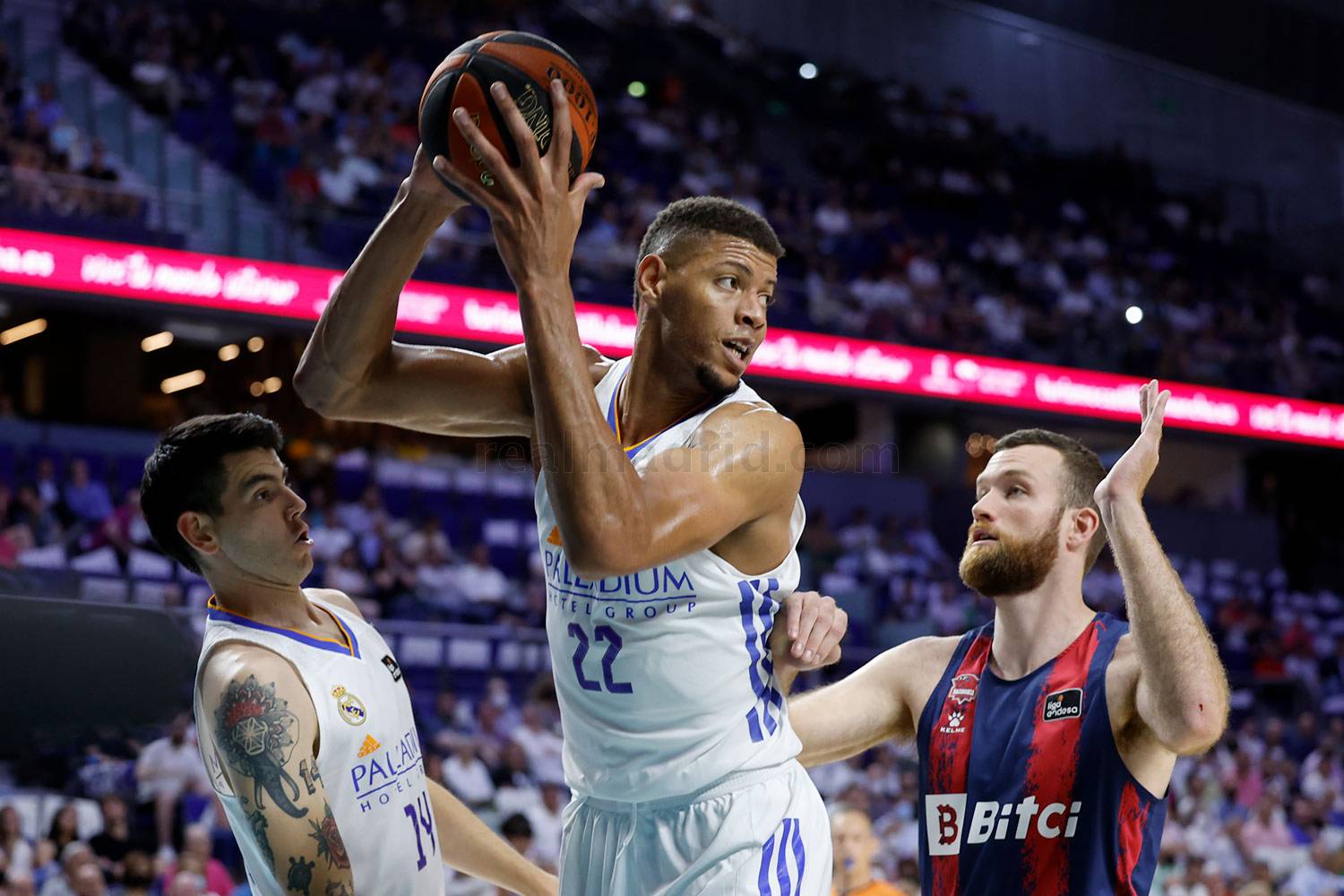 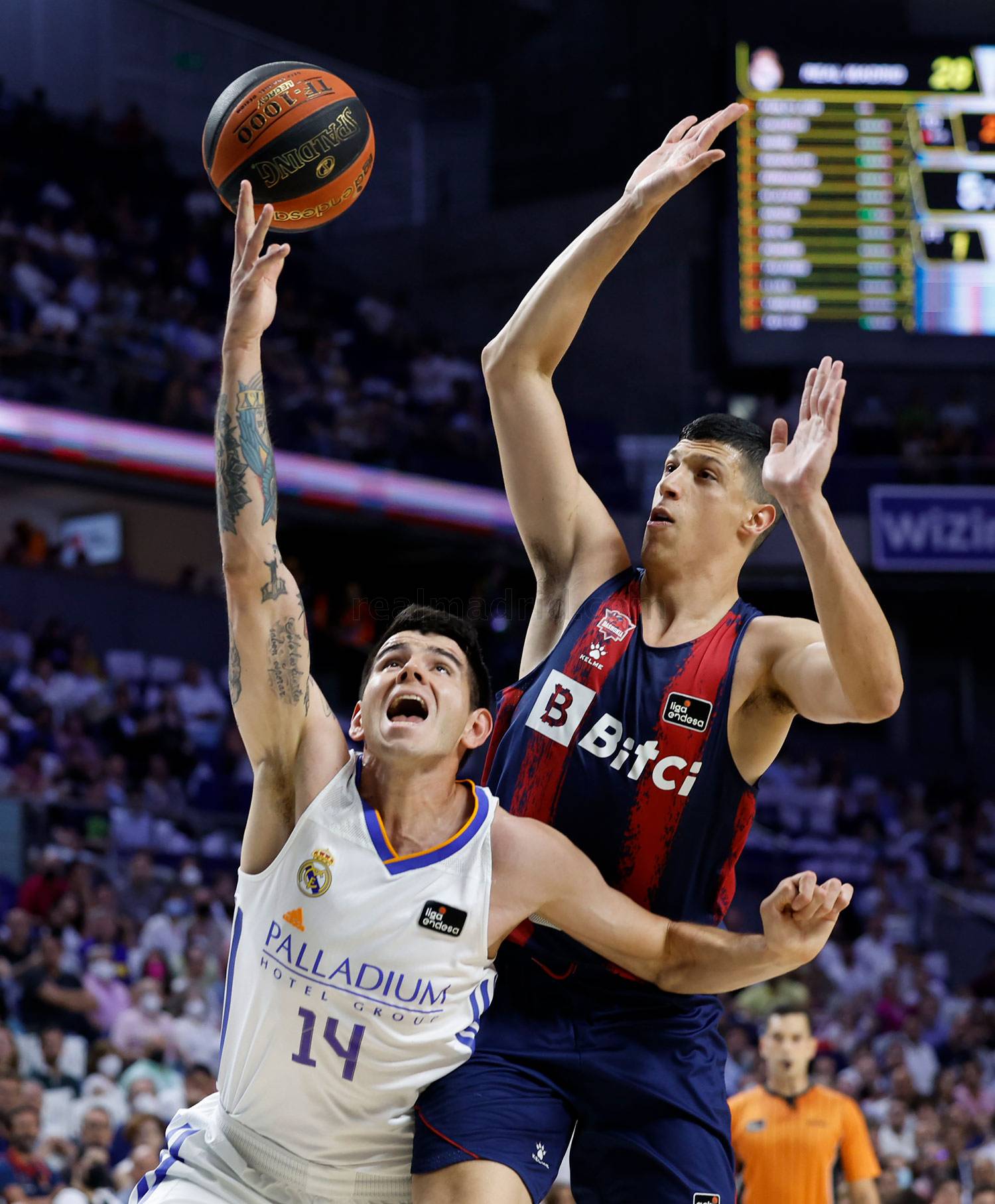 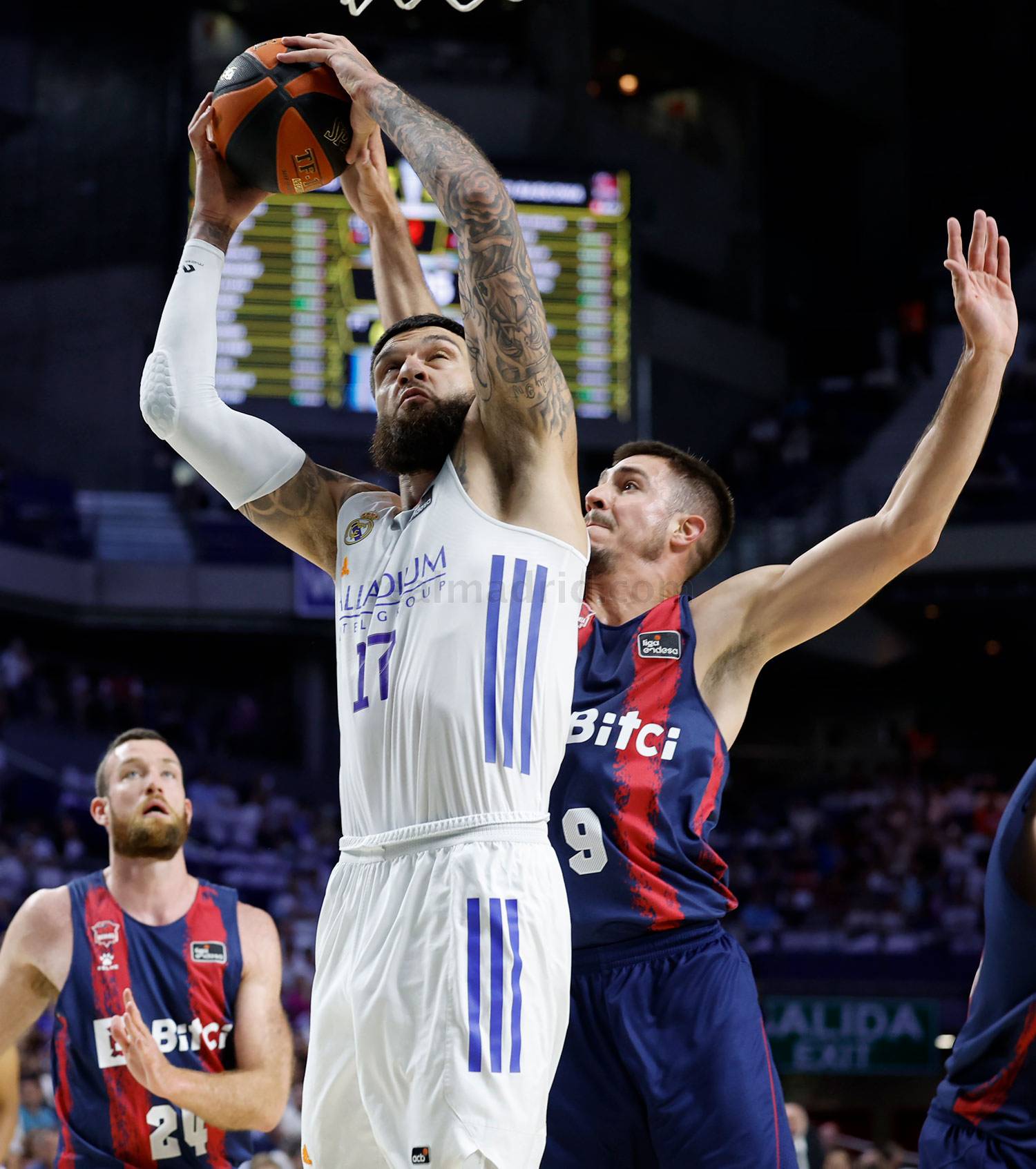 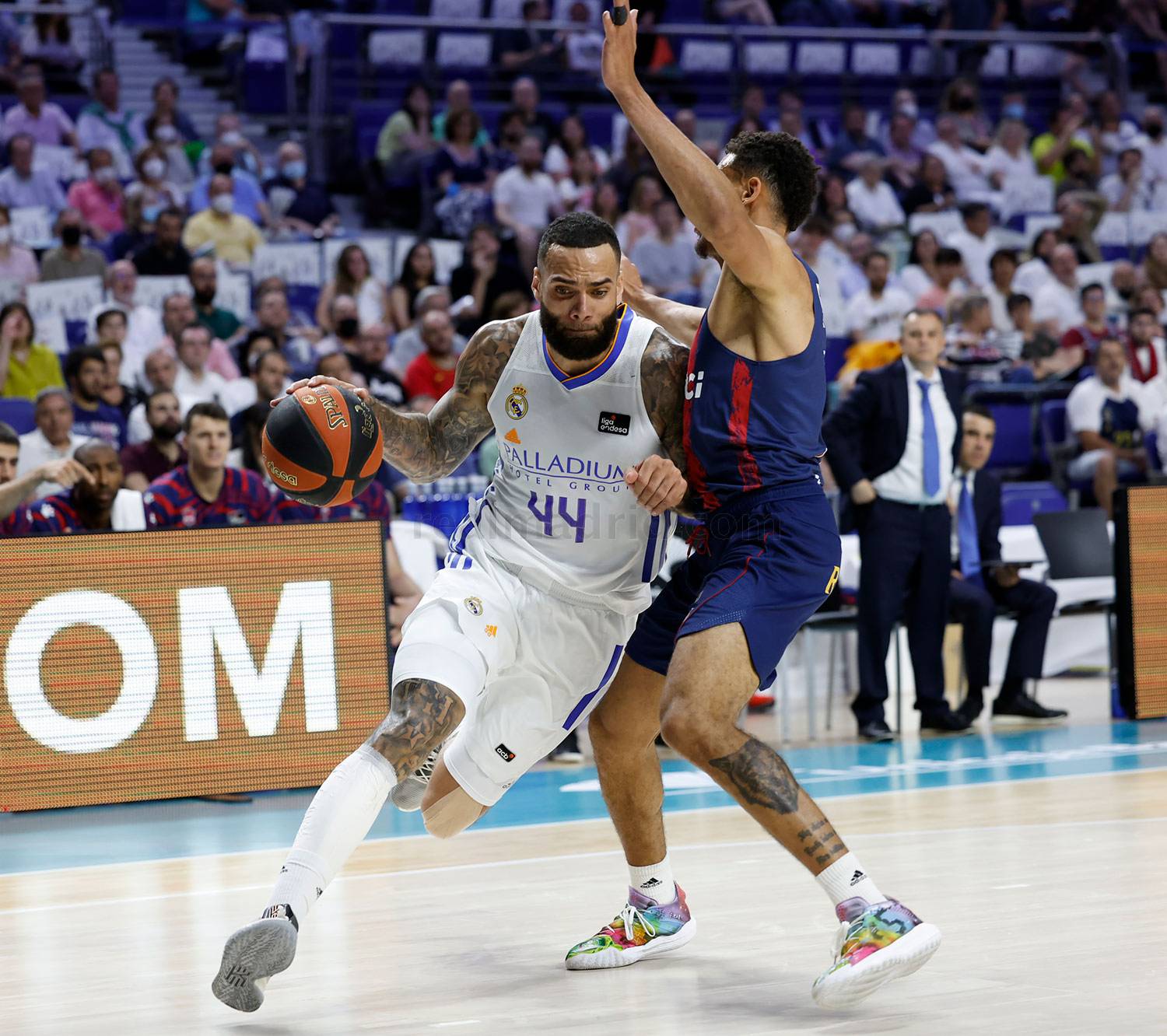 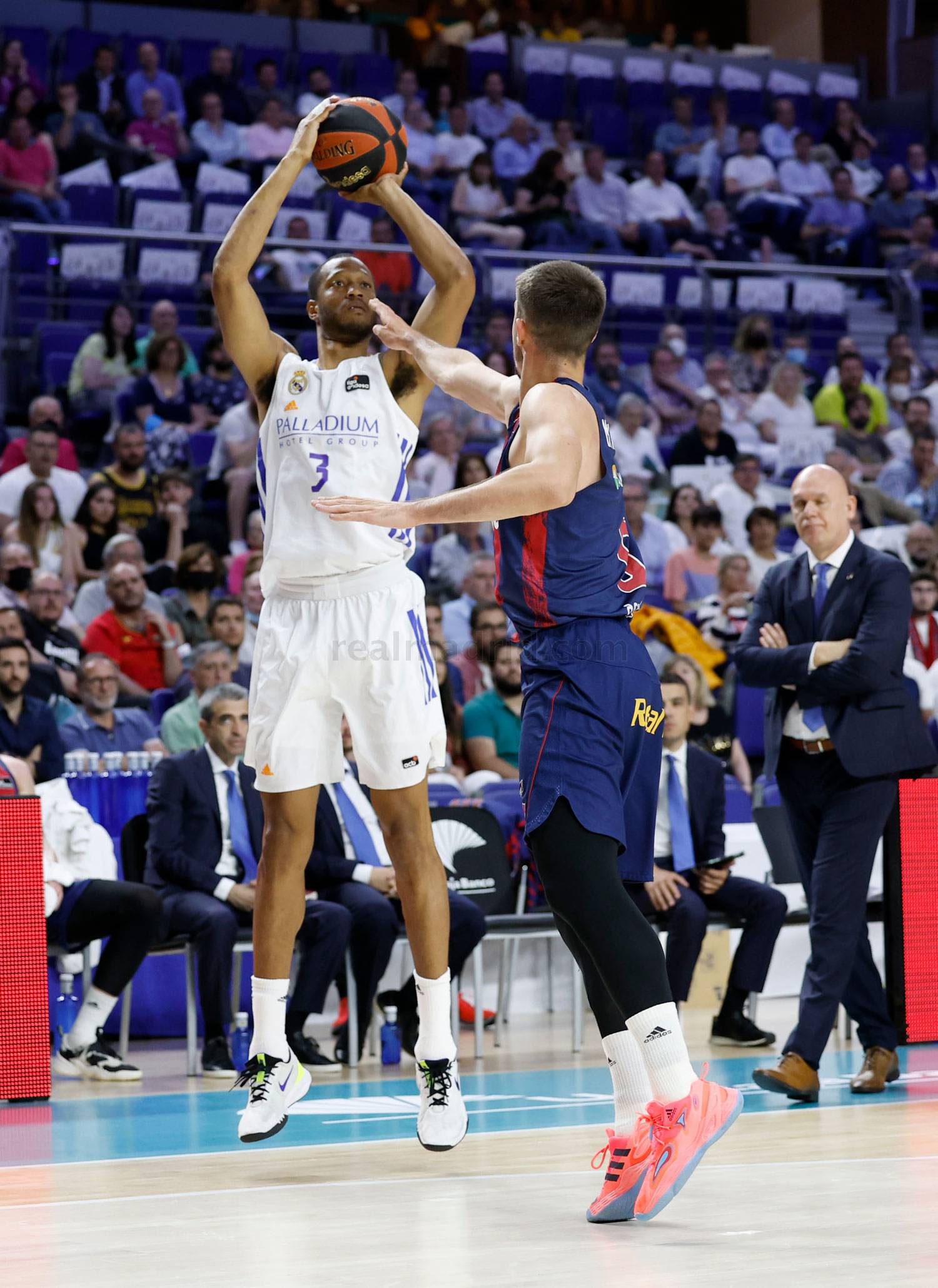 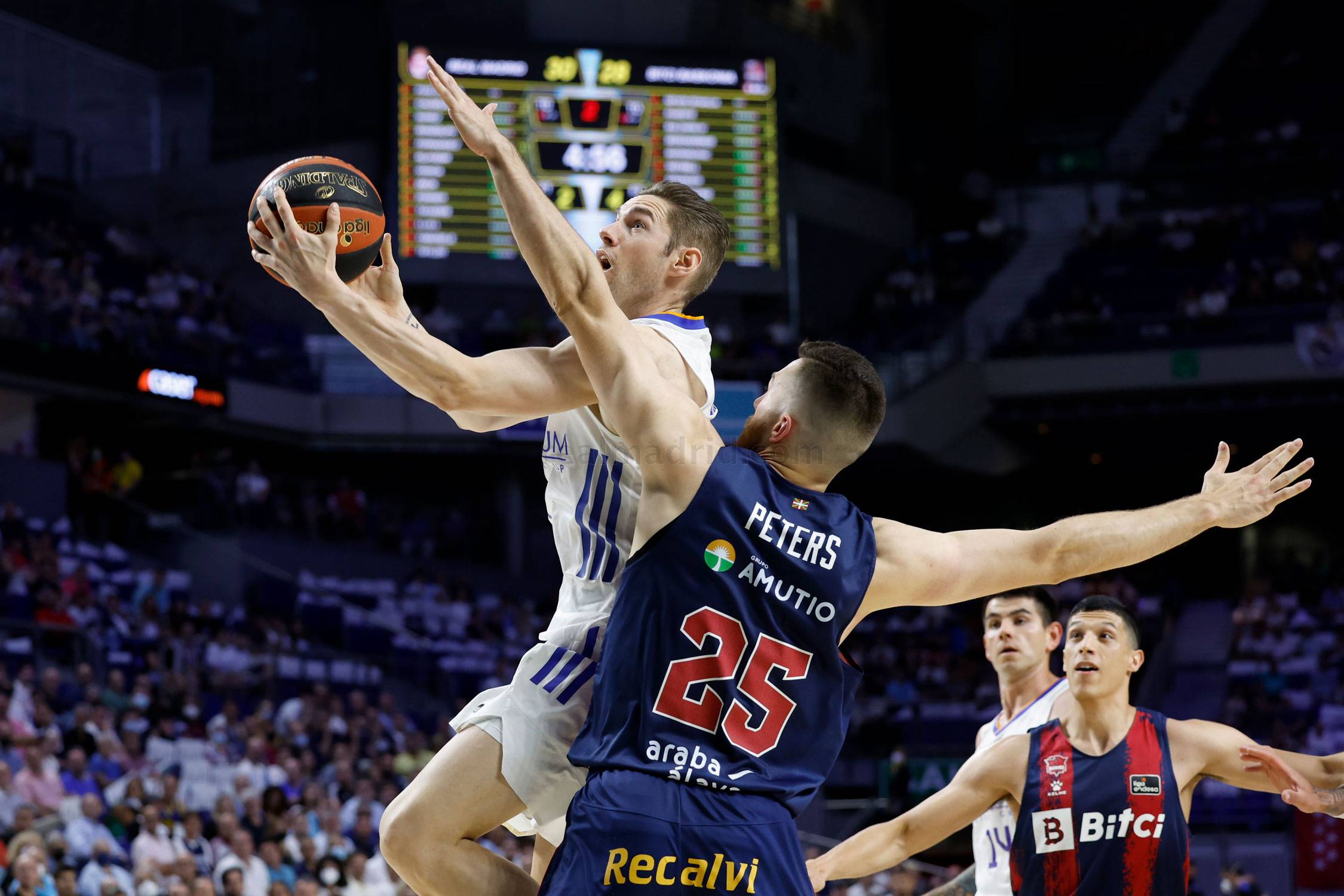 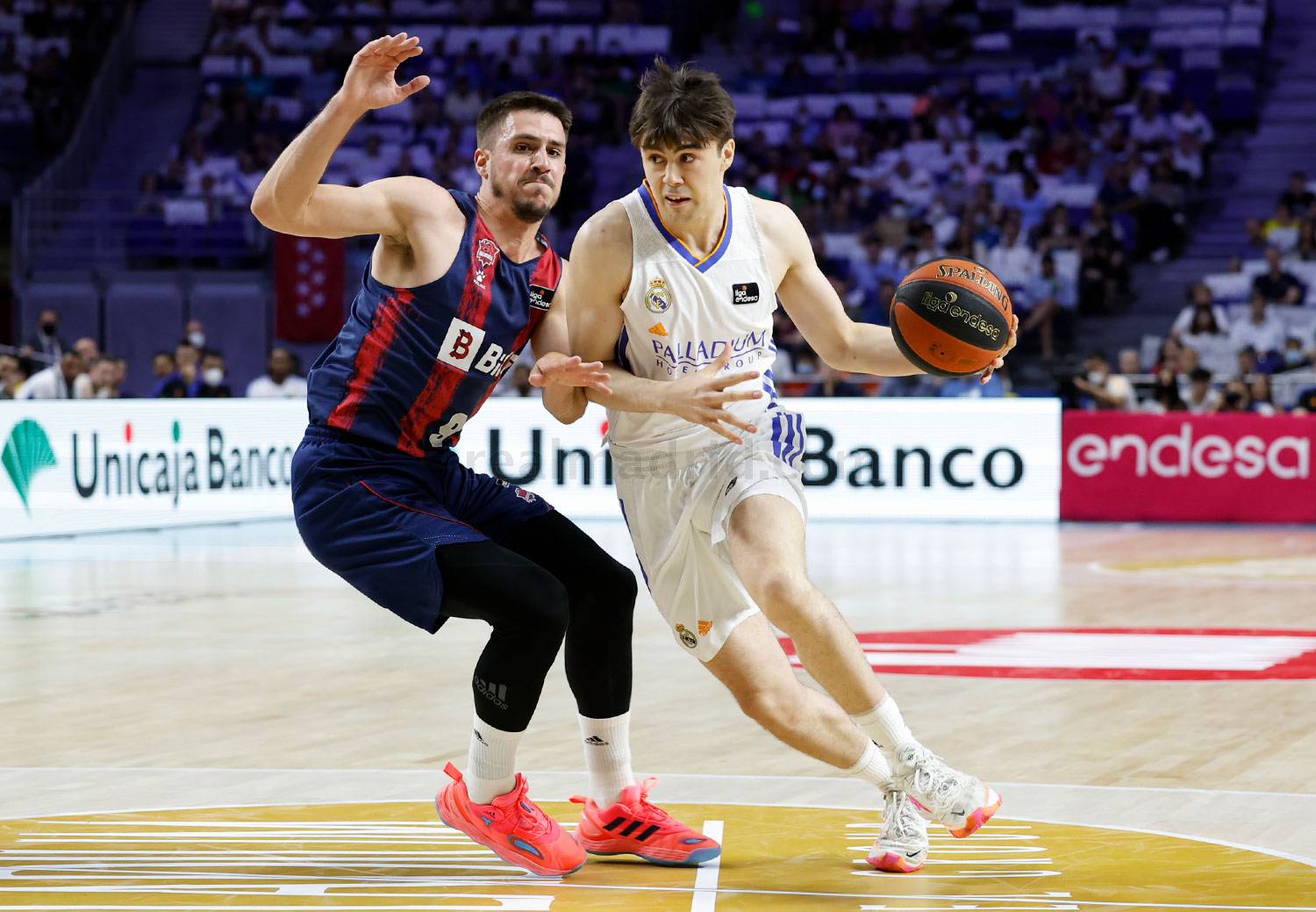 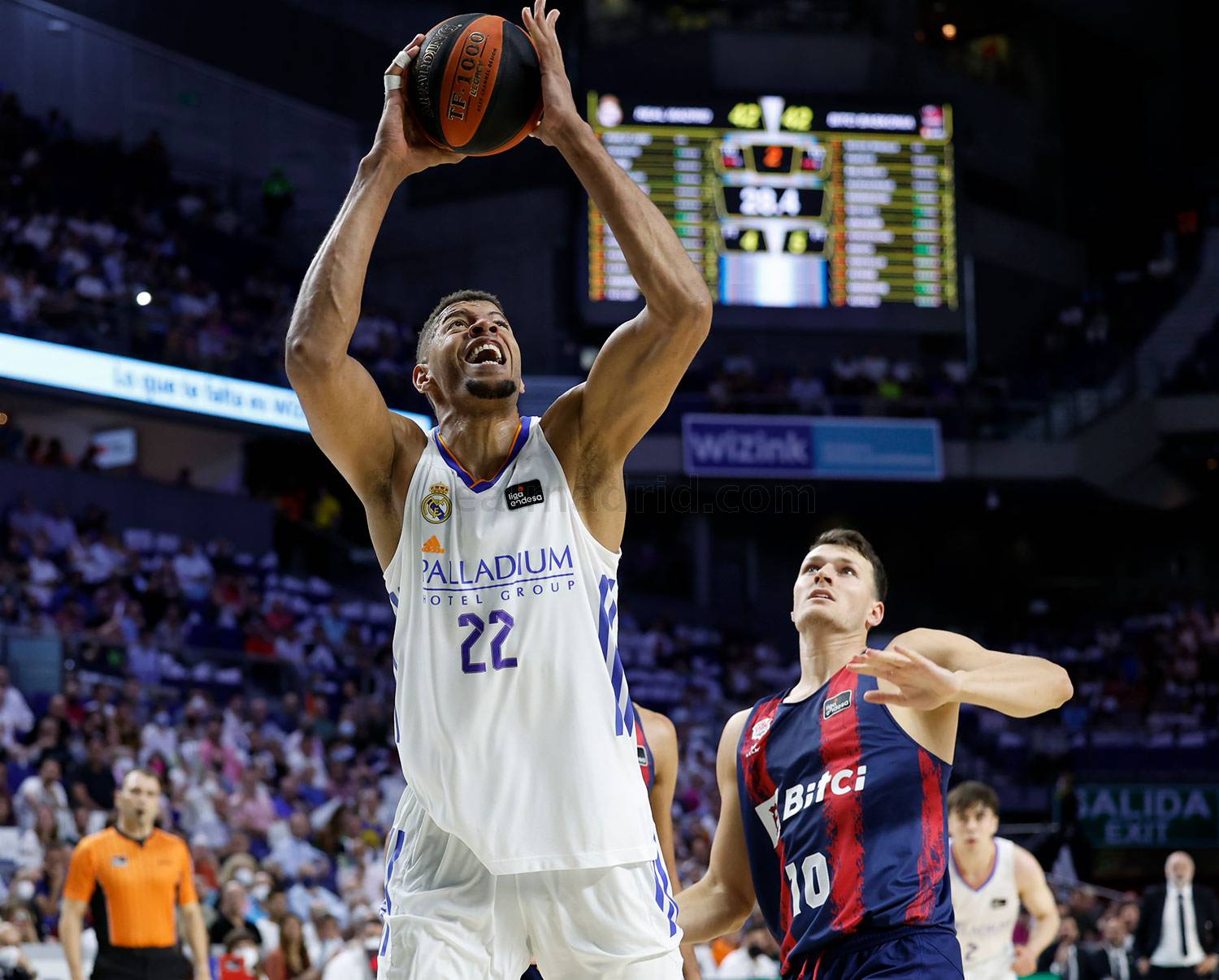