The squad, coaching staff and board of directors visited the Almudena Cathedral, the Community of Madrid headquarters and the city hall.

After being crowned European champions in Paris, Real Madrid shared the club’s 14th European Cup crown and 35th LaLiga title with the madridistas with a great party that began with visits to the city’s institutions. The squad and coaching staff, along with Florentino Pérez and the board of directors, took the trophies to the Almudena Cathedral, the Community of Madrid headquarters and the city hall. During the course of the parade, our players were joined by fans, who packed the streets to celebrate a success that is shared by every connected to Real Madrid.

The first stop-off was at the cathedral, where the team shared the trophies with the Virgin of Almudena in a ceremony in which Florentino Pérez gave an address:“This triumph has been based on the values that have forged our history over the course of 120 years. This group of great athletes are role models for millions and an example to young people. This team is one big family. We receive affection from society and the strength that gives us the motivation to continue to improve every single day. We dedicate all of these successes to our club members and friends.”

Monsignor Carlos Osoro, cardinal archbishop of Madrid, welcomed the team to the cathedral and had the following to say: “When I was watching the match last night, I saw what it means to build a team culture. It’s stimulating to share a journey with others, support each other in the search for success and put in effort to create a network of relationships that can make your life together an experience of fraternity and a caravan of solidarity. I sincerely thank you for what you've achieved.”

Party time in Sol
The next stop on the parade was the Real Casa de Correos, which is home to the Community of Madrid, where Isabel Díaz Ayuso welcomed the group, before a series of gifts were exchanged. Florentino Pérez and Marcelo presented the president of the Community with a replica of the Champions League trophy and a personalised shirt, whilst she gave them a commemorative plaque in return. Marcelo was the first to speak: “As the captain of the greatest team in the world, I have the satisfaction of being here and sharing these two trophies. I want to thank the Community of Madrid. This is a marvellous city and we all really enjoy it. Thank you also to all of the fans for your support throughout the season.”

Florentino Pérez: “Real Madrid have again rewritten the history books”
The president underlined the scale of the team’s achievement: “Real Madrid have again rewritten the history books. Here we are with the 14th European Cup crown and the 35th LaLiga title. The European Cup that we secured last night in Paris will be remembered as one of the greatest in history. Real Madrid have once again won the hearts of fans in every corner of the world after enjoying a journey in this Champions League campaign that enhances our club's legacy.”

Díaz Ayuso had words of congratulations for the champions: “The greatest team in the world is Spanish, Madrilenian and they've done it again. This club has once again flown the flag for Madrid right across the world and does so by filling the streets of this city and others across the world with joy and colour. We thank Real Madrid for reminding us of team values, effort and excellence. Thank you for bringing this cup back. How could I not love you?” Following on from the addresses, came one of the most eagerly anticipated moments as the players headed out on to the balcony to share the trophies with the fans who had descended on a packed Puerta del Sol.

The last stop on the visits to the institutions was the city hall, which witnessed another exchange of gifts. Florentino Pérez and Marcelo presented Luis Martínez-Almeida with a replica of the trophy and a personalised shirt and he offered the club a commemorative plaque in return. “As well as winning the club’s 14th European Cup crown, Real Madrid also won the LaLiga title and we've got to recognise what an achievement that is. This European Cup crown speaks volumes of the team, not only on account of the fact that it was able to beat the champions of Italy, England, France and the defending European champions. Of the 14 European Cups, it’d be very difficult to choose which has been the most special, but this is one that everyone will remember. Madrid don't contest finals, they win them. This squad has won the Champions League and the LaLiga on the basis of their togetherness,” commented the mayor.

Eternal team
Florentino Pérez rounded things off by commenting that: “Winning five European Cups in eight years reflects the character and essence of this club. This team, which features players who were already part of Real Madrid’s legend and a coach in Carlo Ancelotti who is part of the history of the game, is now an eternal team. What they’ve achieved this year will forever be remembered. They represent an example of how to live out our club’s values. This crest and shirt never give in. Quite the opposite, they grow in the face of adversity.” 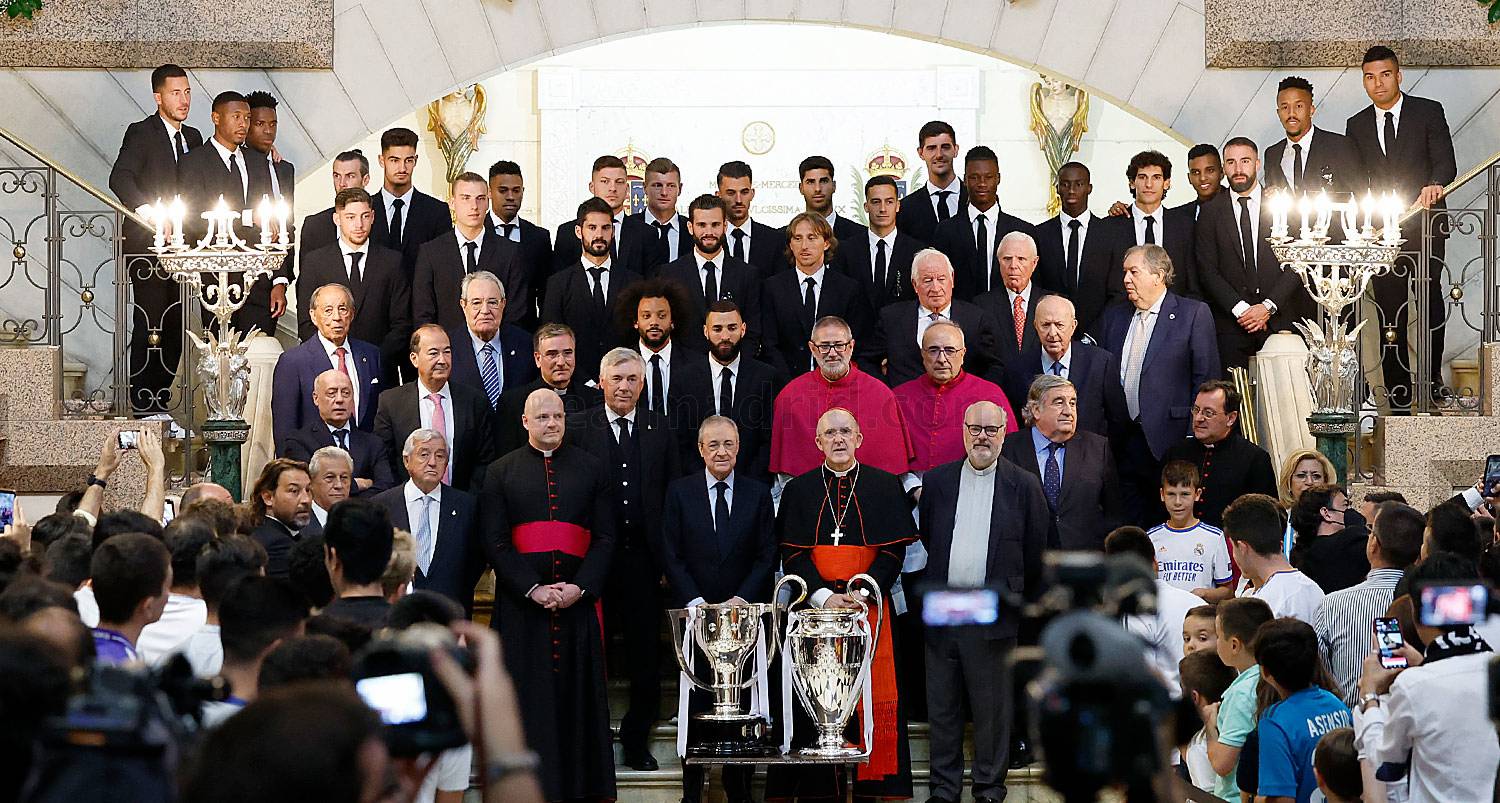 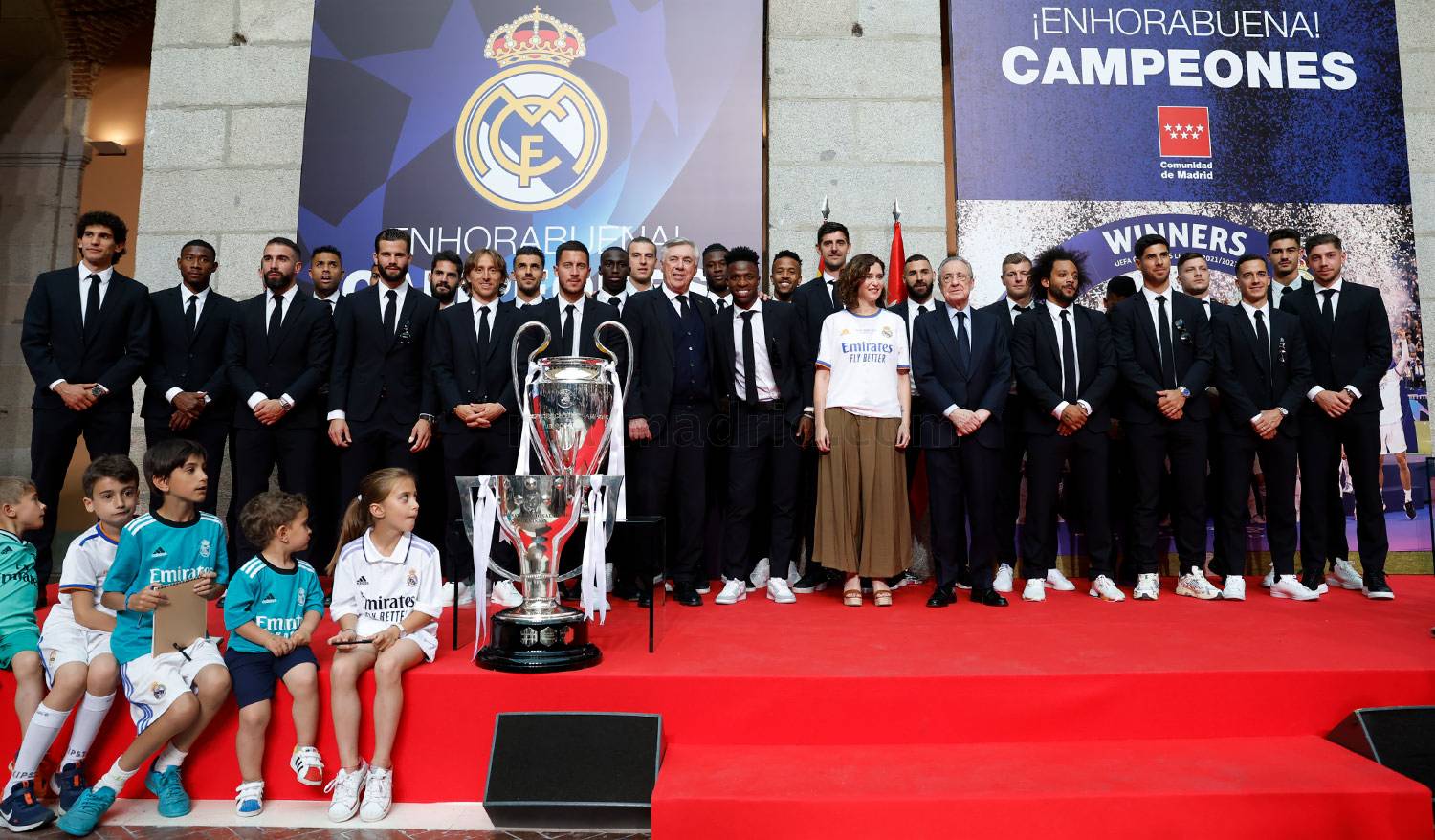 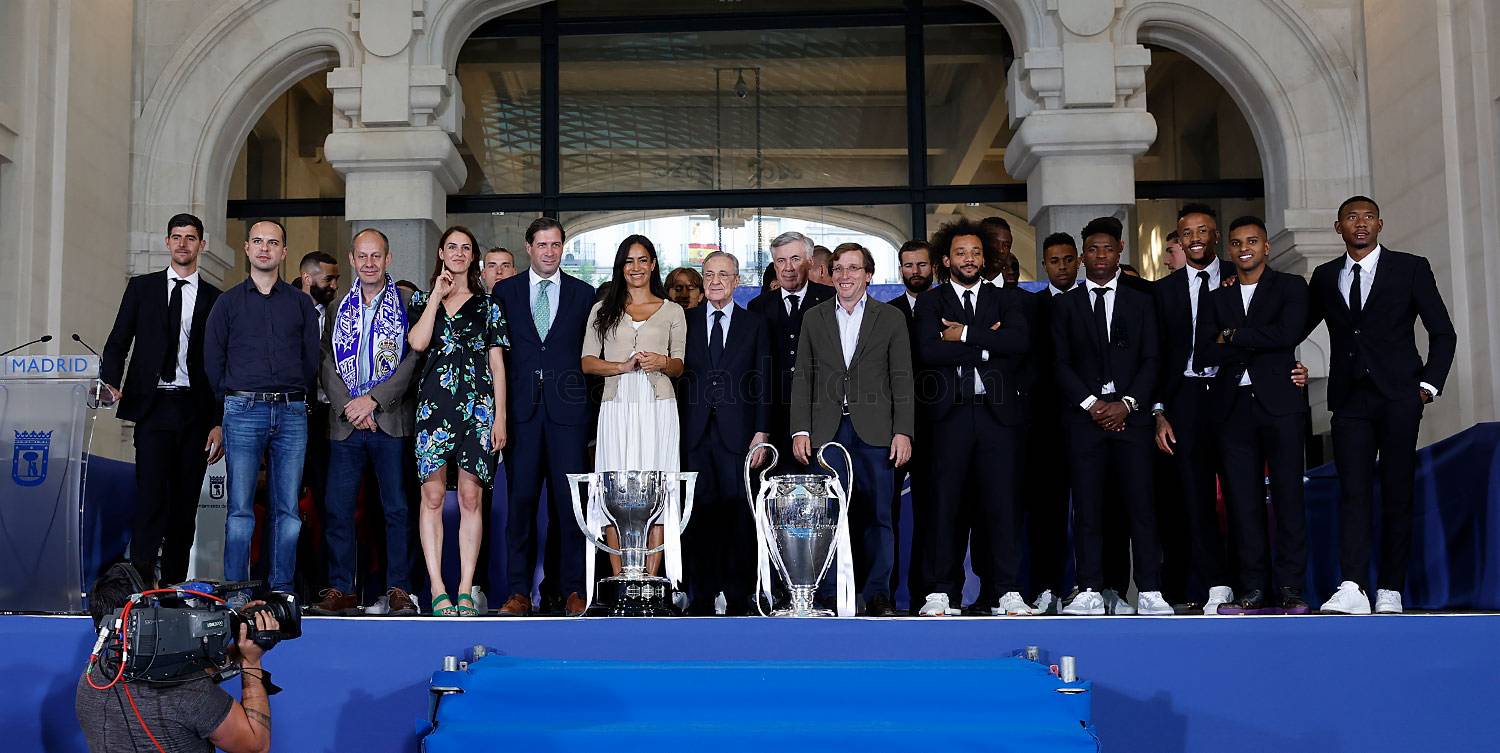 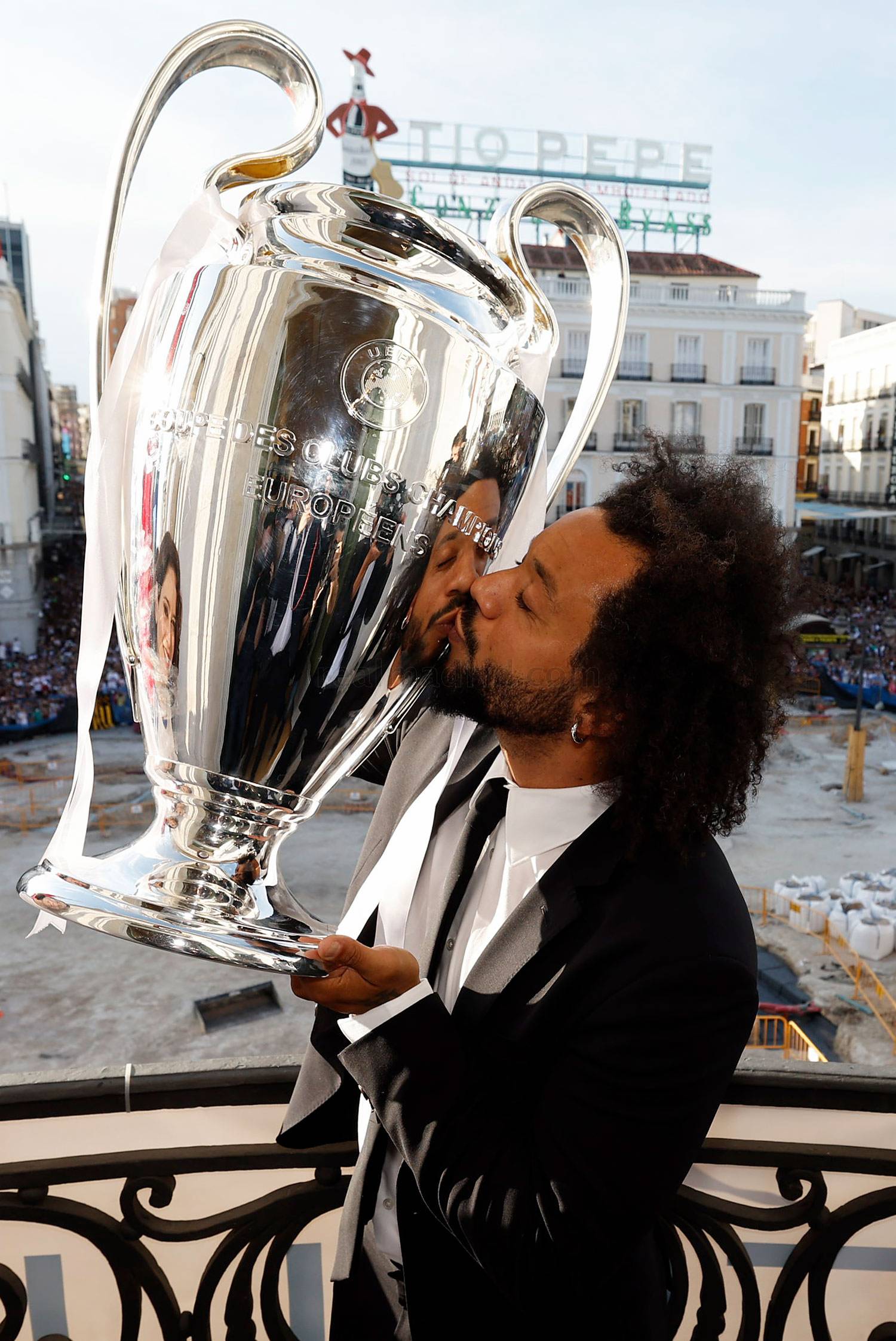 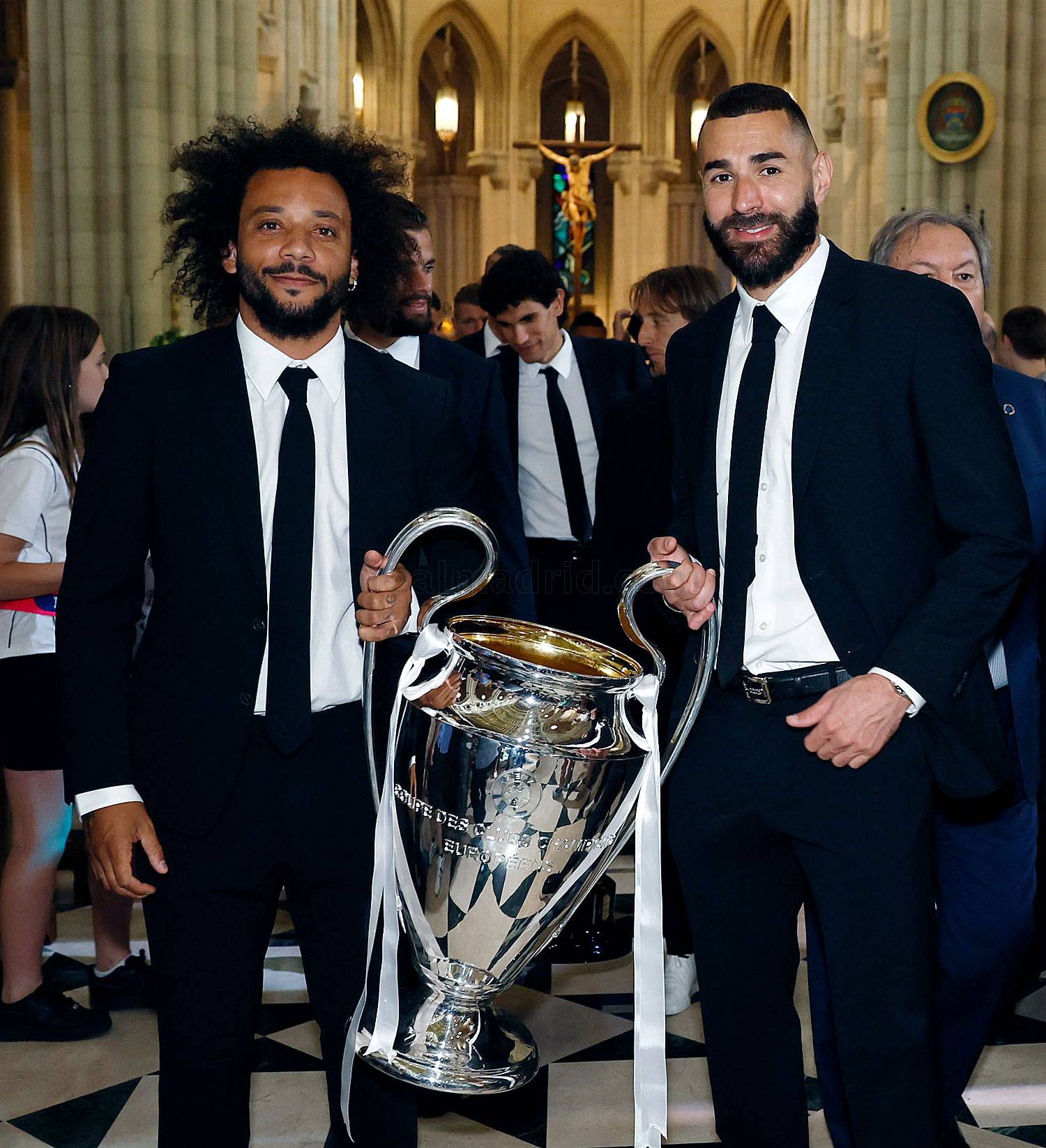 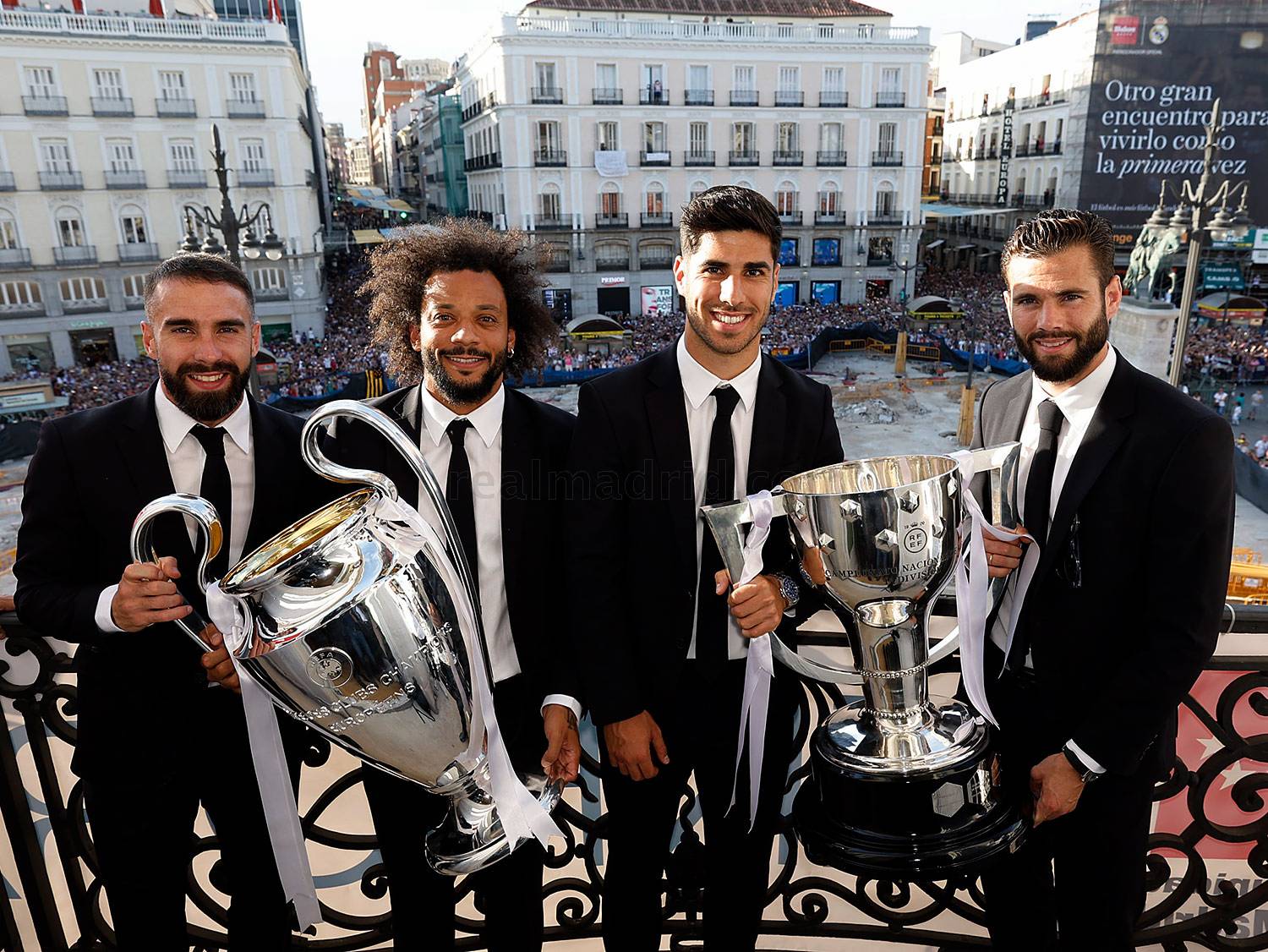 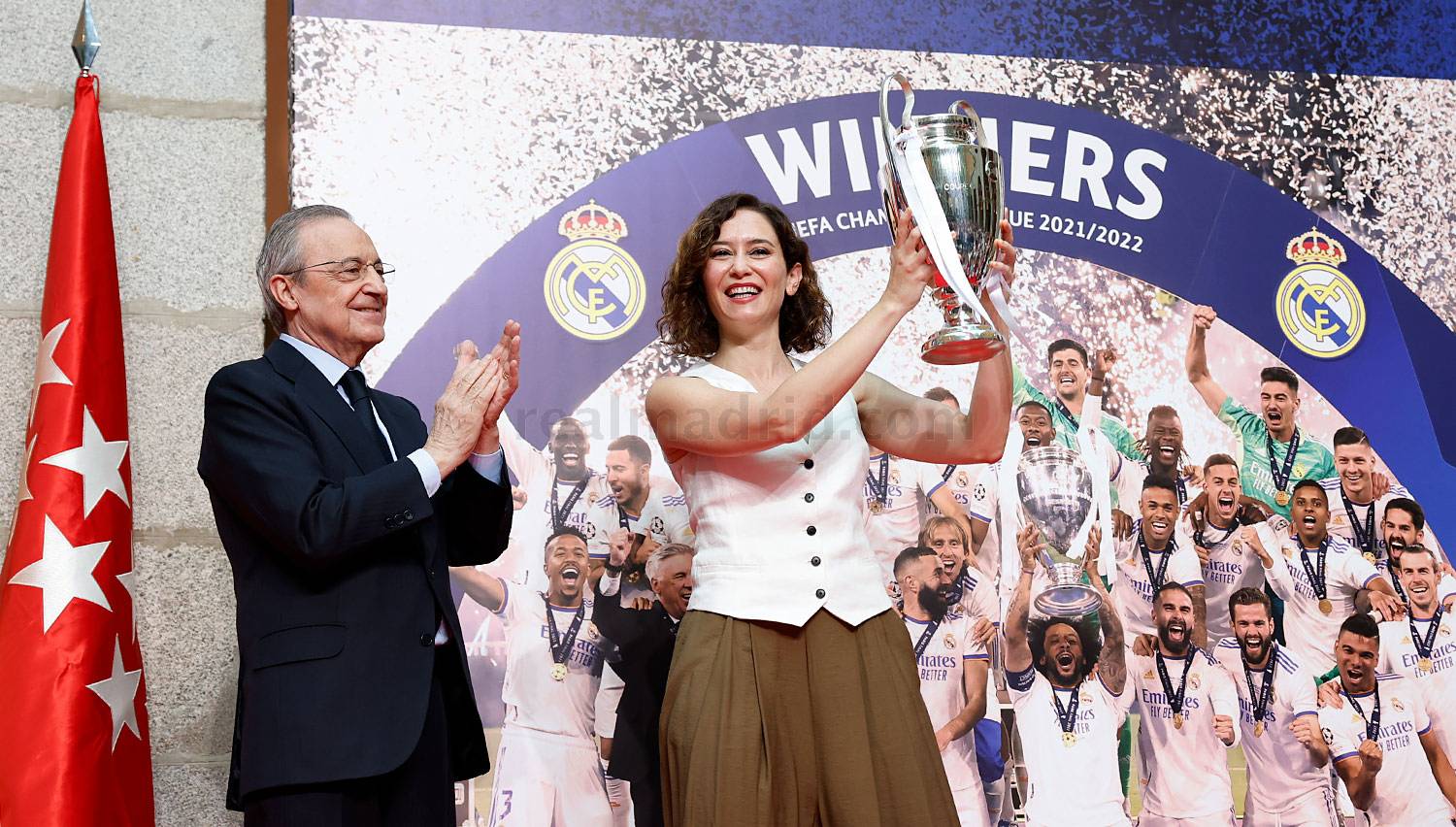 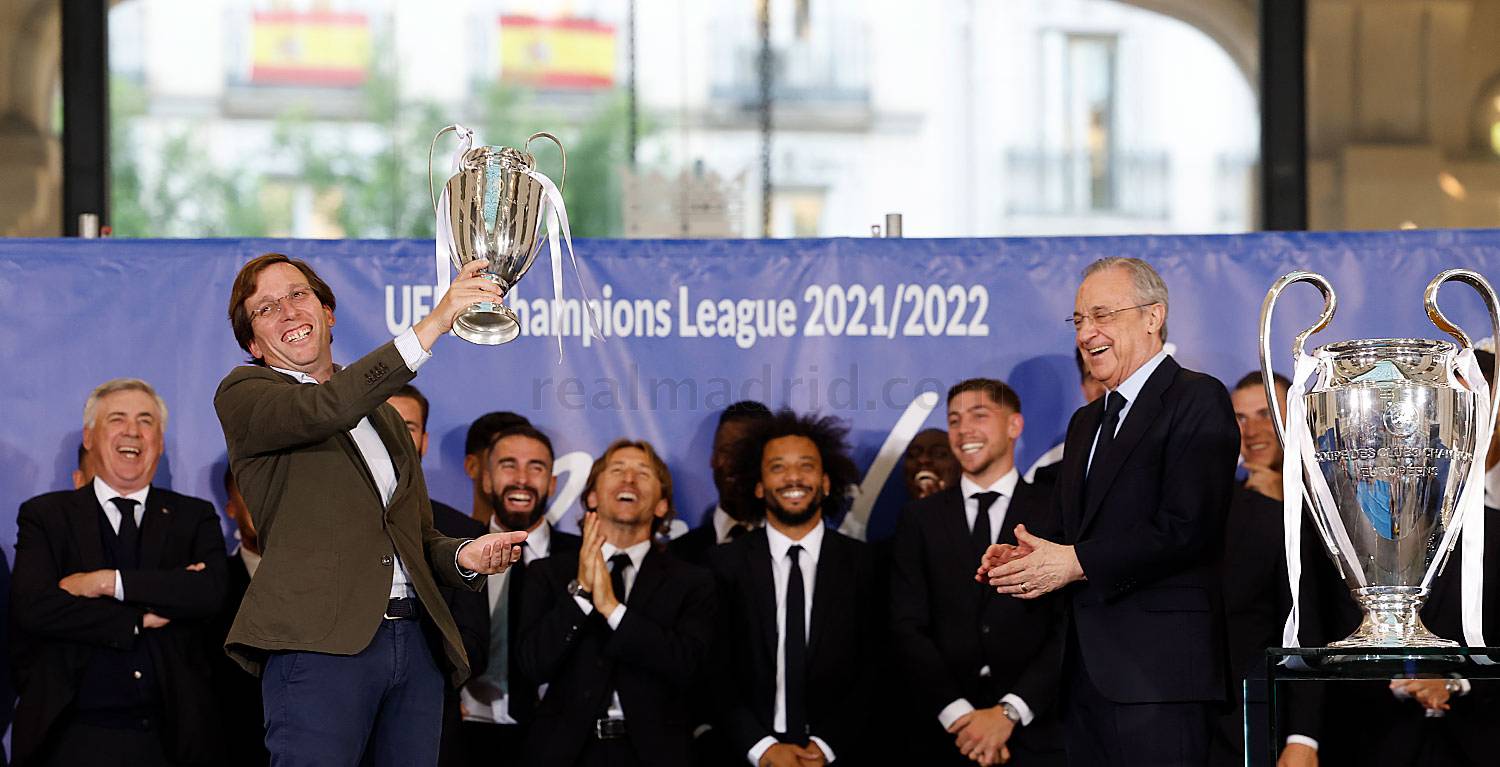 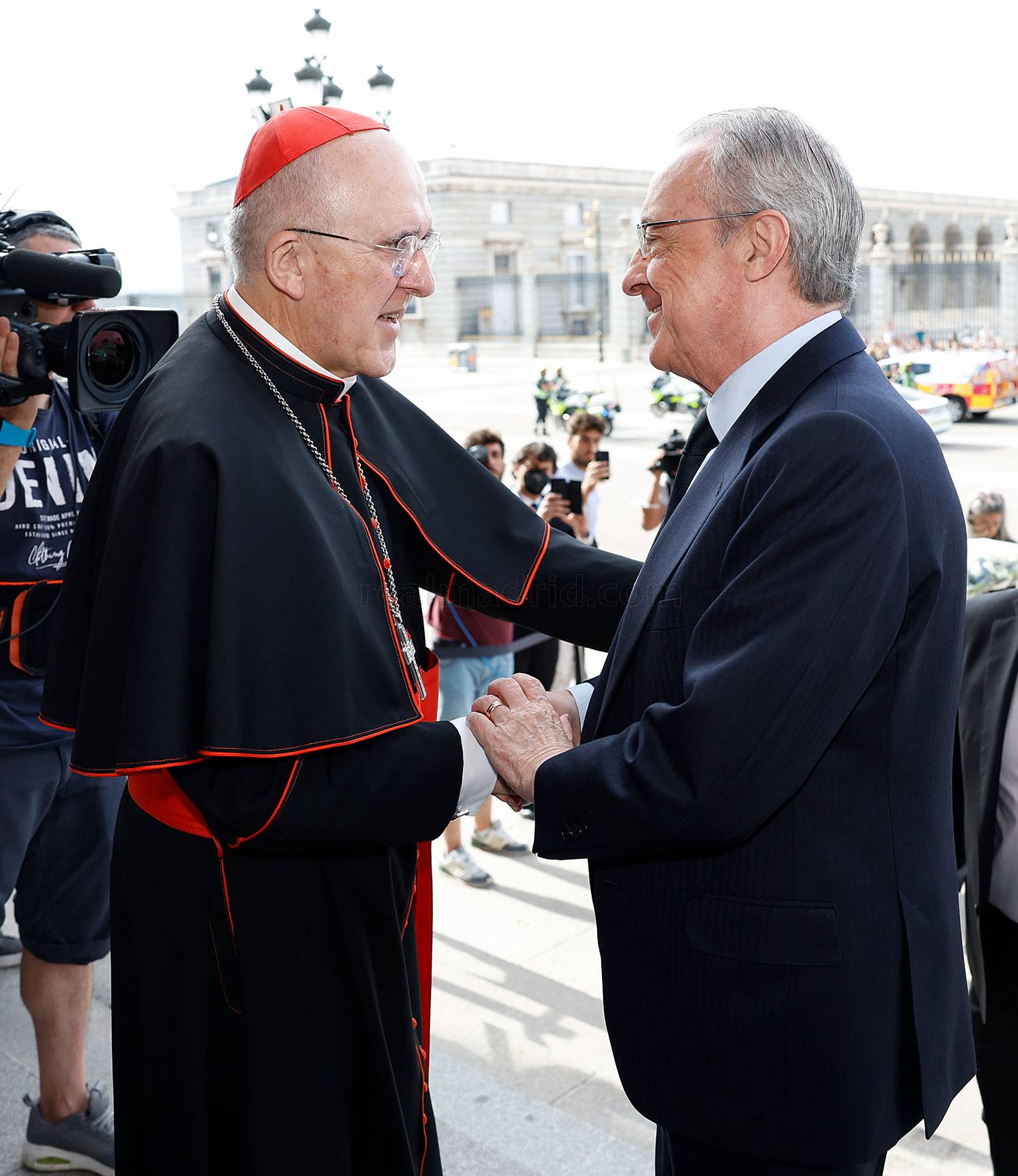 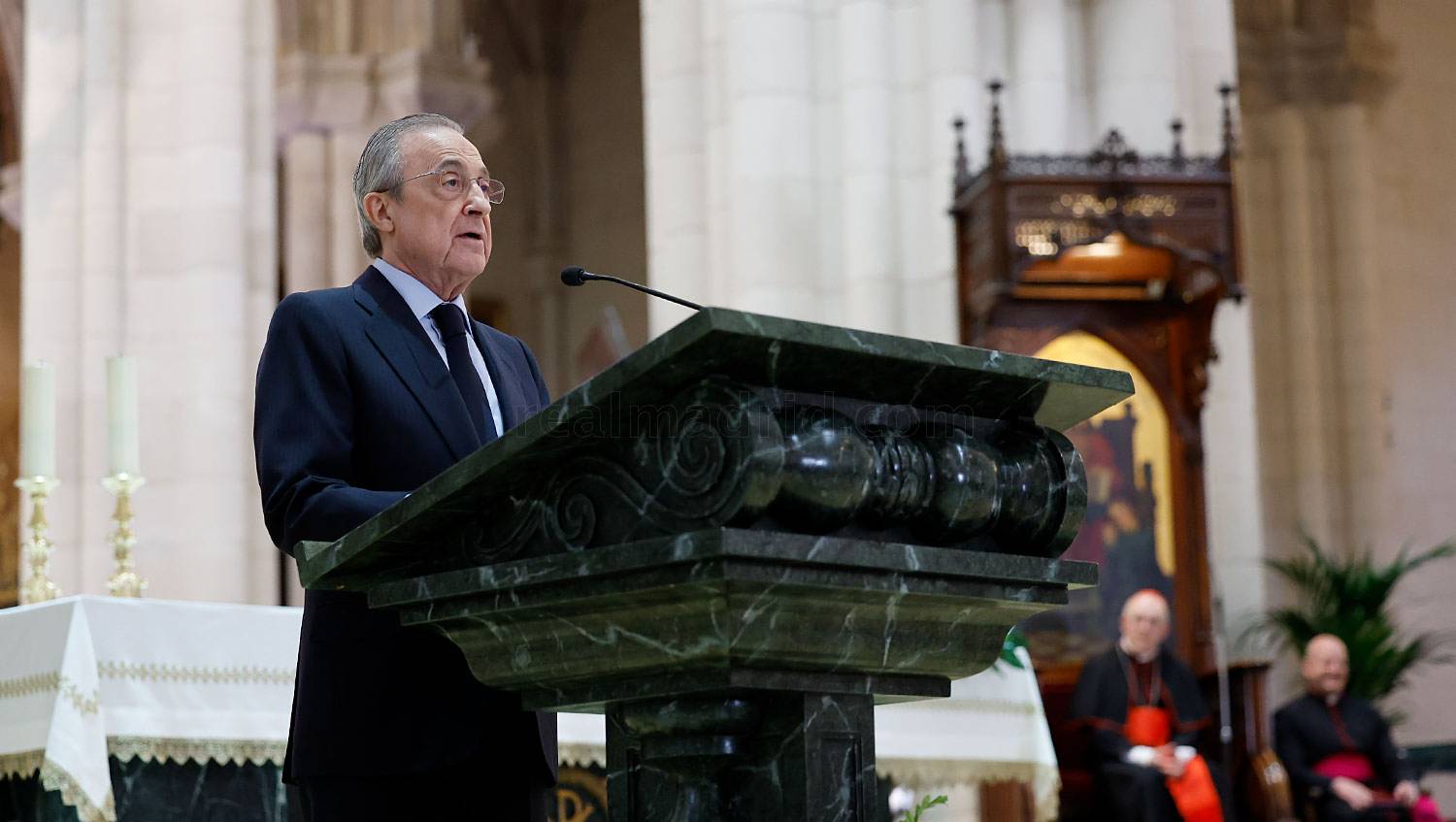 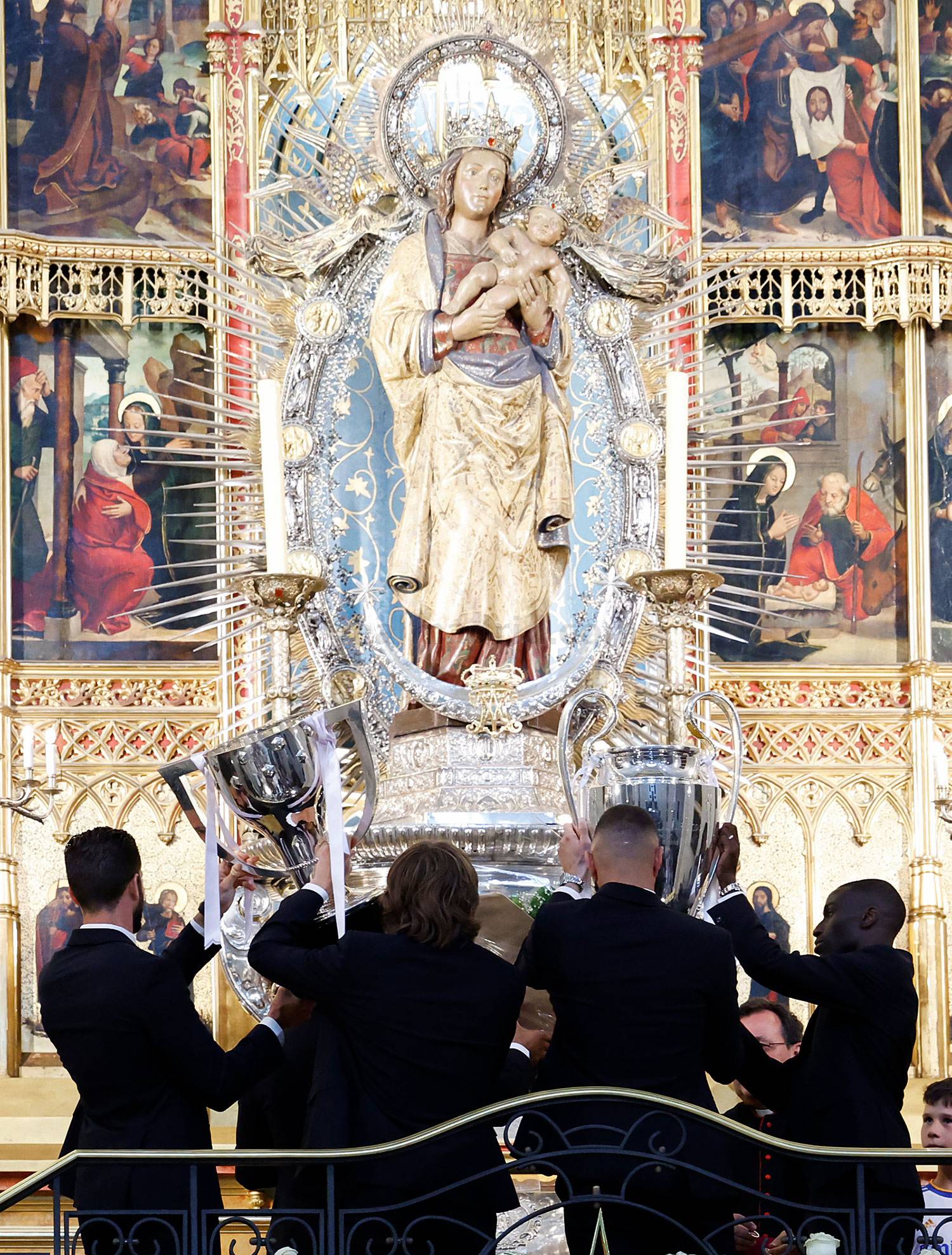 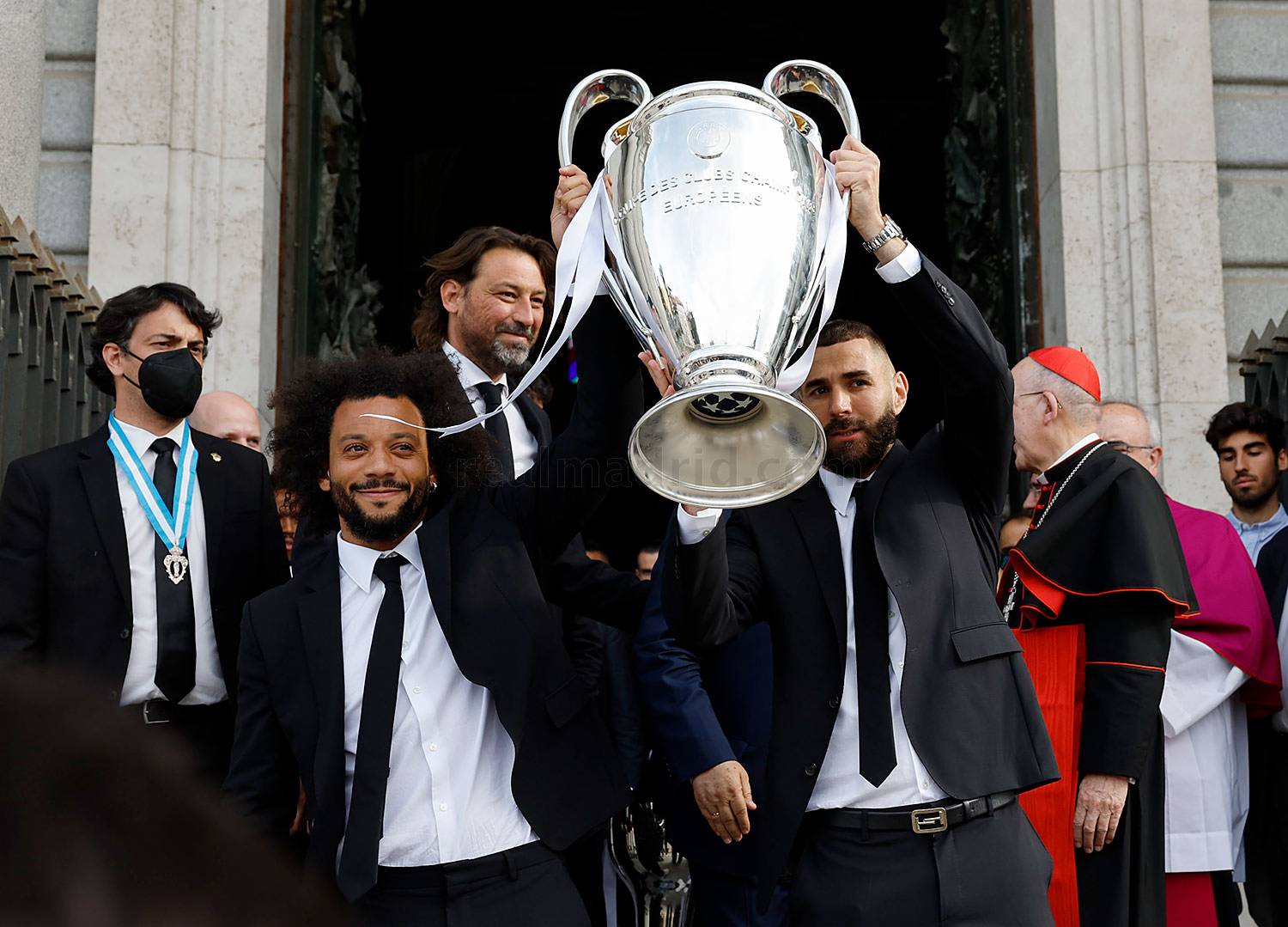 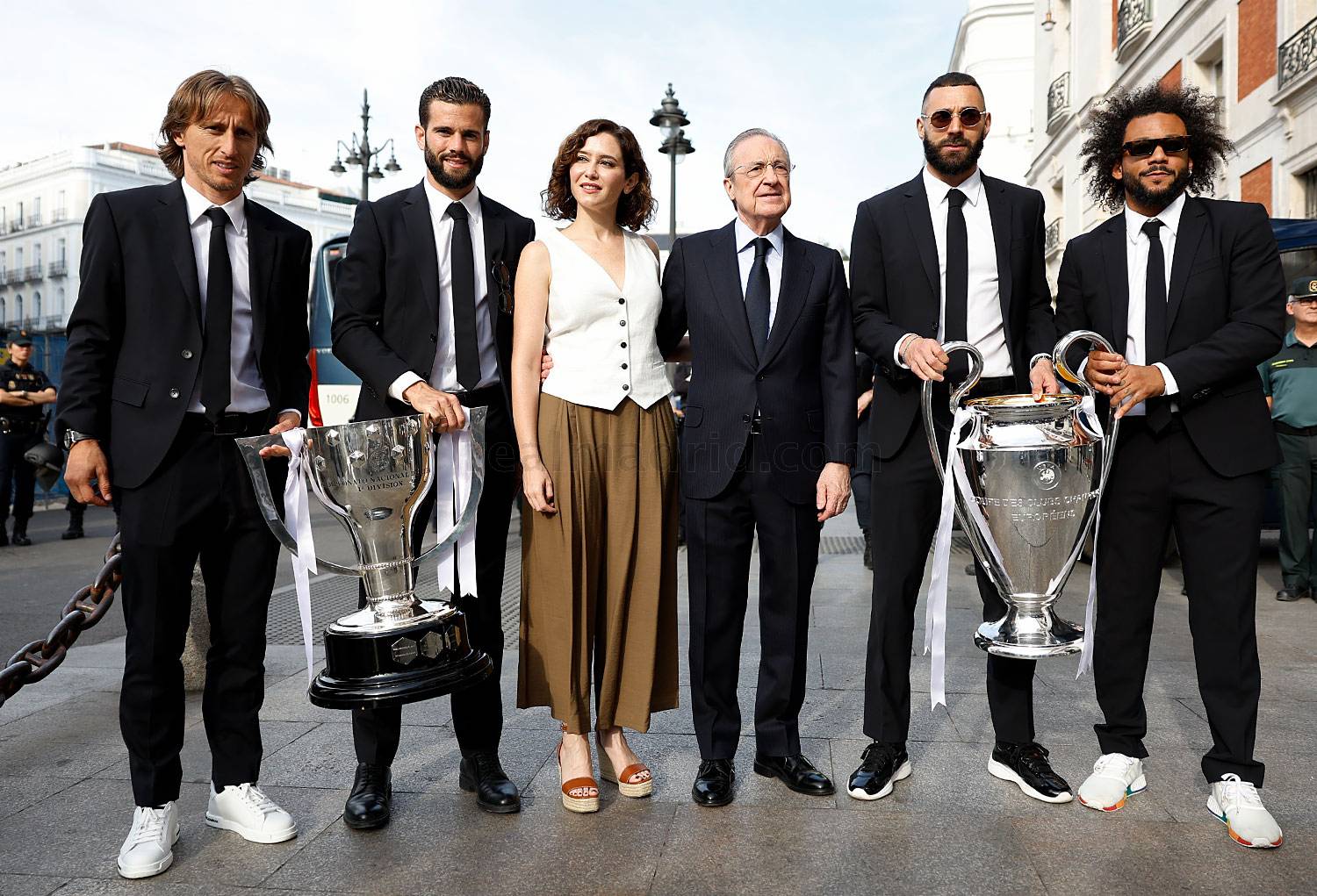 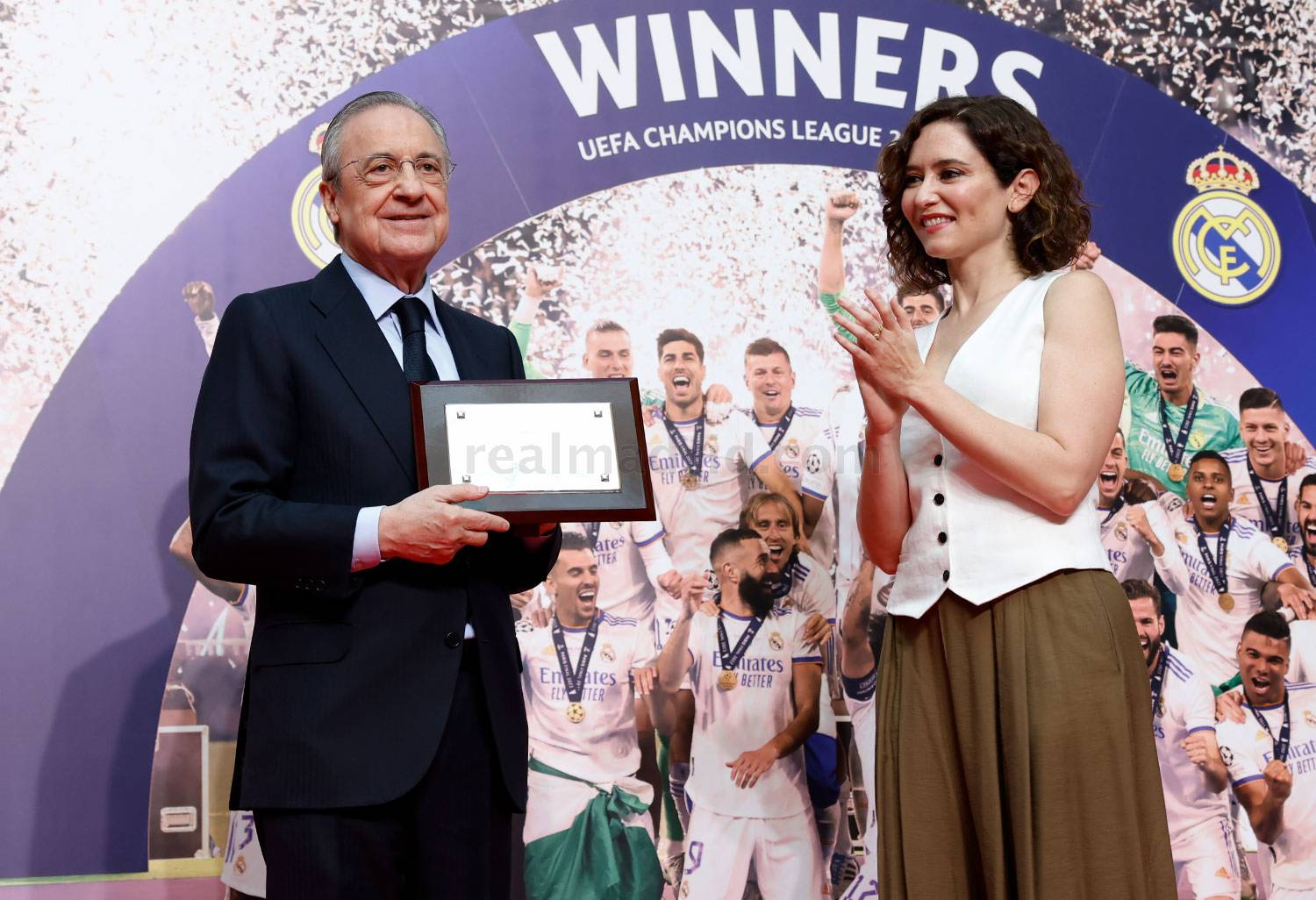 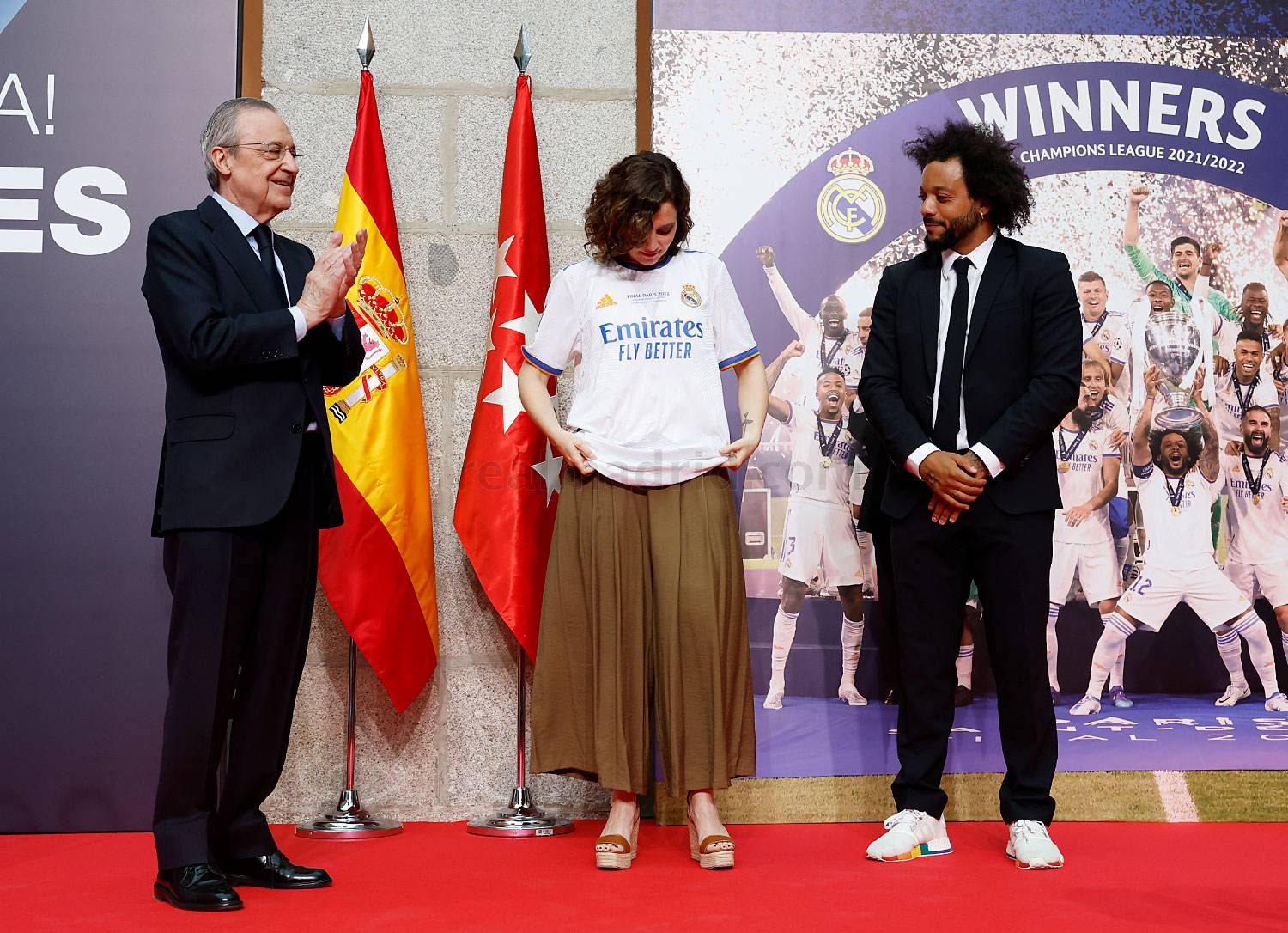