Laso’s charges host the Canary Islanders in an action-packed October, which will see the side play every two and a half days (6:30 pm CET).
After completing the first month of the season with a 100-record on the back of the side’s opening EuroLeague fixture against Anadolu Efes on Thursday, Real Madrid gets an action-packed month of October underway with matchday four of the Endesa League. Sunday’s match-up against Lenovo Tenerife will be the league leader’s first of eleven games in the space of 29 days, against a side who Madrid defeated two weeks ago in the semi-finals of the Spanish Super Cup, as the Whites go in search of their fourth league victory of the campaign.

It will be a stern test for Real Madrid who hosts last season’s league semi-finalists. Pablo Laso’s charges sit in first place after picking up three wins and are yet to taste defeat. They welcome the Canary Islanders, who occupy eighth place, with one win fewer to the name. Madrid’s sublime win over Anadolu Efes rounded off a perfect start in September, a month which saw the side claim six victories from official matches, after a series of solid performances, with the new inclusions quickly settling in.

Real Madrid boasts the league’s strongest defence, conceding an average of just 63 points per game, and the hosts will have to remain solid at the back if they are to prevail against high-scoring Lenovo Tenerife, who will be without Shermadini, after the player was injured on the last matchday. This week, the club signed Gamble as a replacement from Virtus Bologna. However, the team’s other key player, Huertas, will be on the court. He lines up with Fitipaldo and Salin on the outside, along with two very mobile and good-shooting number fours in Doornekamp and Wiltjer. Meanwhile, the madridistas will be spearheaded in attack by Poirier (10.7 points, 9 rebounds and 20 in PIR), in an offence with very much divided scoring, as six players average between 9 and eleven points.

Madrid already one up this season
Barley three weeks into the new season and both sides face each other for the second time. The teams went head to head in the Spanish Super Cup semi-finals on 11 September, with the Whites having to come from behind in the final quarter to clinch victory (70-72), after stand-out displays from Williams-Goss and Yabusele. In that game, Madrid contained Tenerife’s attack and limited the number of three-pointers conceded. Last season, the Whites won both match-ups (84-76 and 85-92) and this evening they will be vying to continue their winning streak at the WiZink Center. 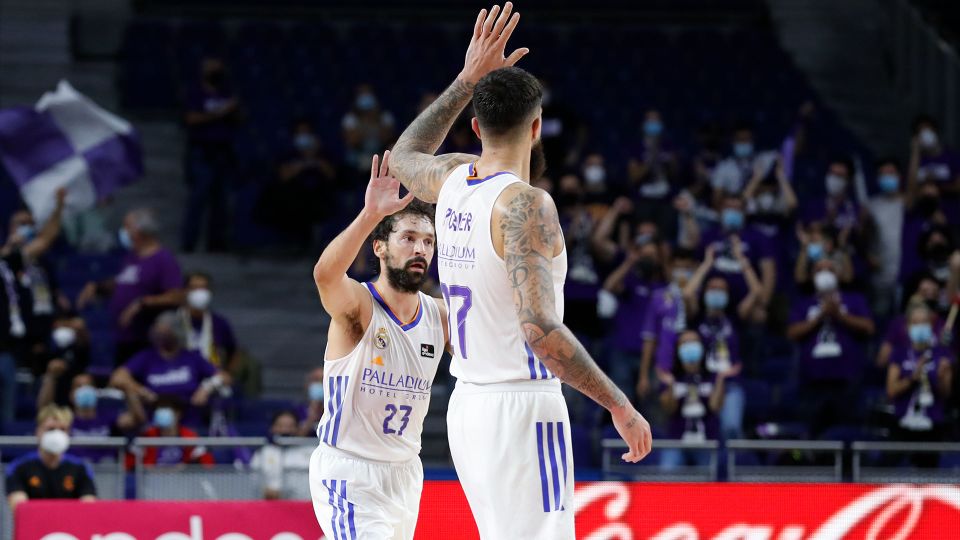