Poirier and Llull decisive in a third win in a row for Real Madrid against Monbus Obradoiro to move to the top of the table.
WiZink Center
78

Real Madrid will go in to Thursday's Euroleague opener on top of the standings after recording their third consecutive league win and edging out their nearest challengers in the basketaverage. Laso's team got the better of Monbus Obradoiro at the WiZink Center in an evenly contested game, winning it with a great last quarter with a 27-17 run, in which Llull was the standout performer with 9 of his 12 points. Poirier set the tone for the team with another great performance (13 points, 8 rebounds and 19 PIR). Causeur (11), Williams-Goss and Yabusele (9 each) and Rudy (8) also played their part in the win. Abalde made his return from injury.

Real Madrid needed five minutes to take the initiative in the game. Monbus Obradoiro deserved credit for their aggressive start, seeing them led 6-9 from the centre Hellenson, but as soon as the defence was adjusted, they started to run and move the ball in attack, changing the dynamic of the first quarter. Causeur (5 points) and an unstoppable Yabusele around the hoop, lifting the crowd with two spectacular dunks, spearheading a 9-0 run that later increased to 14-4 to conclude the first 10 minutes with another great defensive display (20-13).

Poirier drives the team
The Frenchman came off the bench and scored two baskets in succession, letting his intentions be known. As the Galician team closed the gap to 24-22, with their two towers Birutis and Hellenson on the court, he carried the team on his back, contributing positive plays with dunks, hooks and defensive rebounds (11 points and 4 catches in the second quarter). Together with Rudy, he sparked the team into life and they took control of the game, establishing a maximum lead of 36-25 in the 19th minute, a quarter that saw the return of Abalde after his injury.

Moncho Fernández's men were always in the game going in at half-time 6 down before chipping away Real Madrid's lead until they went up in the 38th minute at 45-46, after Laso's men had gone 10 up thanks to Tavares (who was sent to the bench due to 4 personal fouls) and the first two three-pointers of the game from Causeur. The visitors grew in to the game after errors on the free throws and hasty shooting from the hosts. Llull levelled the score at 51 at the end of the third quarter with a three-pointer on the buzzer.

Llull leads the way to victory
The captain's breakthrough gave Real Madrid the impetus they needed to turn the tide of a very difficult game. The three pointer was followed by another 6 points for a total of 9 in 3 minutes. A though set back for Monbus Obradoiro who never gave up. Our team, however, drew all its firepower in the crucial stretch, finding their longed for outside shooting, picking up points in threes. Williams-Goss and Rudy backed Llull up in attack with 7 and 6 points respectively during a 13-4 run which, together with an improvement in defence, crushed the Galicians' hopes.

With two minutes to go, Llull's three-pointer made it 74-60 and put the seal on a hard-earned victory with a final difference of 10 points (78-68, min. 40). A league double-header wrapped up with two wins as the team now turns its attention to a new and exciting Euroleague campaign with the big game in four days' time in the visit of the current champions (Thursday, 8:45pm CEST). 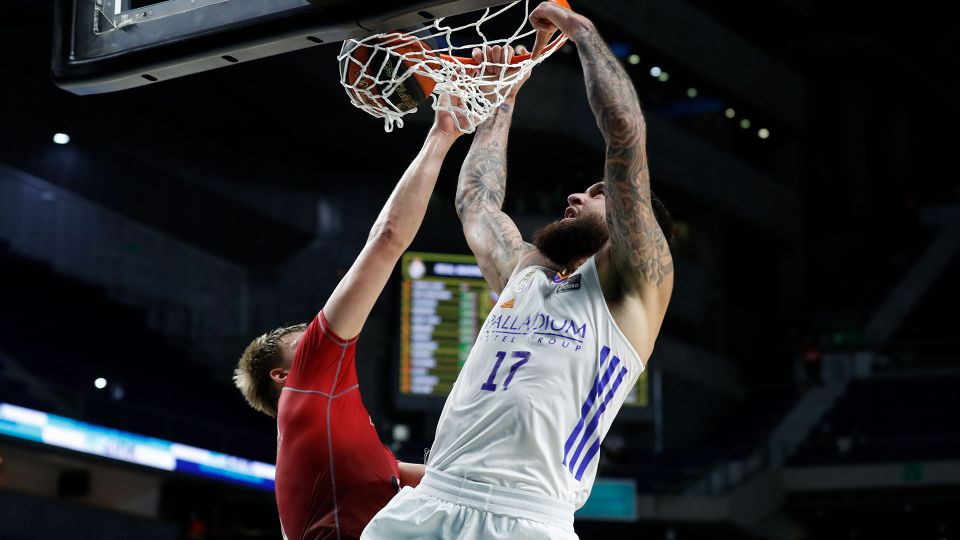 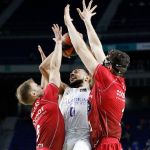