The team beat Sparta Prague in their opener at the Leoben Trophy thanks to goals from Cardona, Kenti Robles and Rocío.
Donawitz Stadium

0
Real Madrid started their pre-season campaign off on the right foot with a 3-0 win over Sparta Prague (3-0) in their Leoben Trophy opener in Austria. Our team delivered an impressive performance to pick up the first win of the tournament, thanks to goals from Cardona, Kenti Robles and Rocío.

Wearing the 2021-22 away kit and with some new summer arrivals in the starting line-up, Madrid looked focused as they took to the pitch. David Aznar's team fired off a warning shot on 12 minutes, when Kaci raced through one-on-one before Cardona tried her luck with a back-heel. It was the Whites' forward who went on to open the scoring just nine minutes later from a corner. The madridista onslaught continued and on 37', Teresa threaded a pass in behind the defence for Kenti Robles to make it 2-0. Before the break, Rocío made it three when she pounced on a loose ball in the box following a Zornoza corner.

Goalless second half
The team showed no signs of letting up when they returned from the dressing rooms and Rocío again had the chance to add to the Whites' advantage but her shot crashed back off the crossbar. As the minutes ticked by, the intensity from both teams began to wane and the scoreboard operators were not troubled again in the second half. It's a fine start for Real Madrid, who got their pre-season campaign underway with a win. Tomorrow sees David Aznar's team play their second clash of the competition against Celtic (7:30pm CEST). 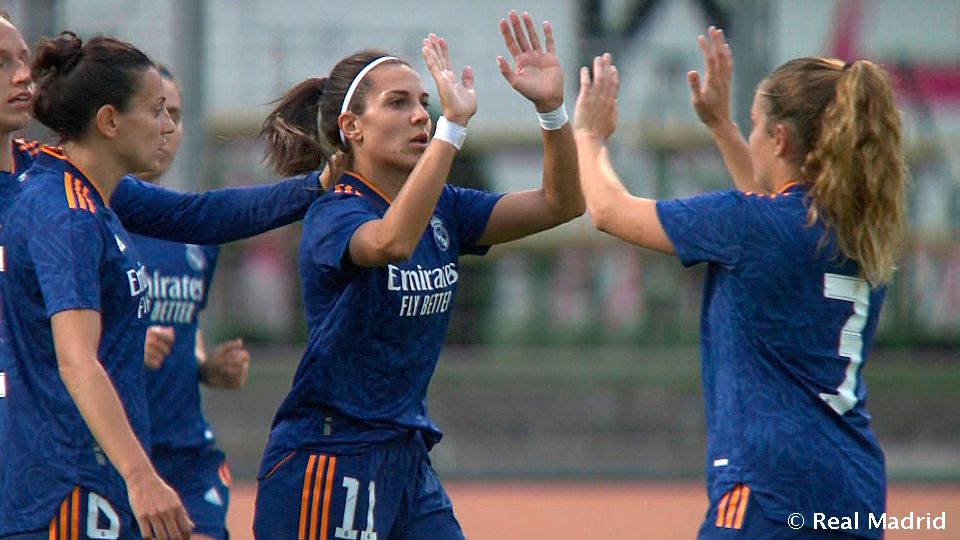