Zidane's side go in search of a win against the current league leaders (4.15pm CET).
It’s derby day once again and today’s match will be eagerly anticipated by football fans all around the world. Atletico and Real Madrid go head to head at the Wanda Metropolitano (4:15pm CET) in search of three crucial points in the race for the league title. Zinedine Zidane's side will be vying to come away with a victory in order to close the gap at the top of the table, whilst improving their goal difference against the hosts.

However, as the derby will be played on matchday 26 of LaLiga, there will still be more than two months to go before everything is decided. This will be the thirtieth battle between Madrid and Atlético in the last eight seasons, meaning Atlético are the opposition that Real Madrid have faced the most times since the 2013/14 season. In this series of matches the teams have gone head-to-head in LaLiga, the Champions League, the Copa del Rey, the Spanish Super Cup and the European Super Cup, with Real Madrid unbeaten in the last six derbies.

“Everyone wants to see a great game of football and we're all set to take on Atlético”, said Zidane in the press conference ahead of the clash. The Whites go into the match in fine form and are unbeaten in their last eight away matches in LaLiga. The French coach has named a 20-man squad for the derby.

Unbeaten at the Metropolitano stadium
This will be Real Madrid's fourth visit to the Wanda Metropolitano, a stadium where they are yet to taste defeat despite Simeone's side's dominance at home. But maintaining this record will not be straightforward, as Atlético have been top of LaLiga since matchday 9 and have only lost one game at home, the last encounter against Levante. Luis Suárez is one of the top scorers in the league, with 16 goals.. 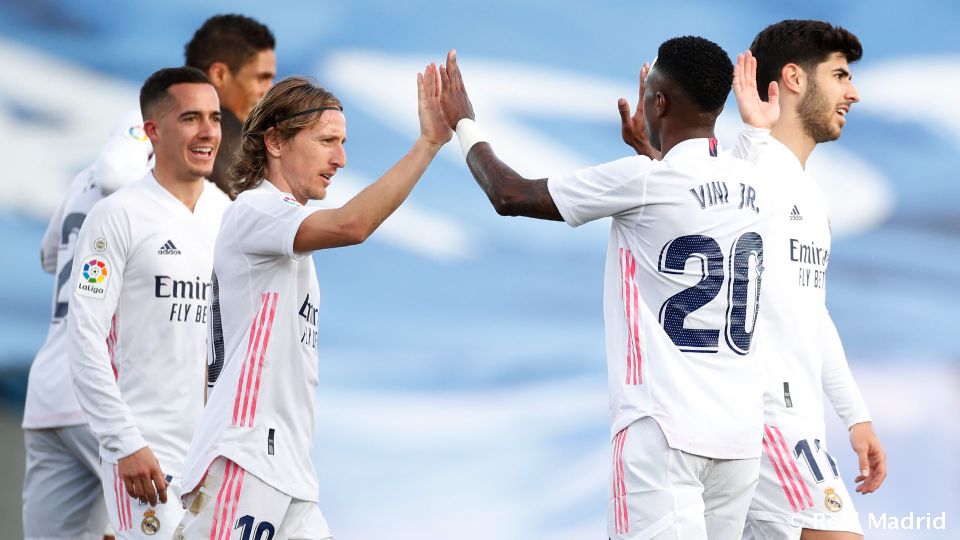