The team heads to El Alcoraz for the second time in its history (4:15pm CET).
Real Madrid are back in action this afternoon on matchday 22 of LaLiga, which sees the Whites take on Huesca at El Alcoraz (4:15pm CET). It will only be the team’s second visit to the stadium and the fourth meeting between the two sides in their history - with Madrid coming out on top overall.

Madrid kick off February with the trip to Huesca in a month that will see the Whites in action five times in the league and once in the Last-16 of the Champions League against Atalanta. The visitors will be vying for their seventh away win and to do so will need a repeat performance of the first meeting between the two sides this campaign when they ran out 4-1 winners.

Zinedine Zidane returns to the dugout to lead the team after testing positive for COVID-19. “We’ll fight until the final game”, said the coach in the virtual press conference ahead of the clash for which the Frenchman has named a 17-man squad.

All to play for
The trip to El Alcoraz will be far from a straightforward affair. Huesca go into the match after picking up their second league win in impressive from against Valladolid. The hosts currently lie at the foot of the table, but will be aiming to collect valuable points to bolster their chances of survival and close the gap of three points. Huesca have drawn 10 matches so far this season. 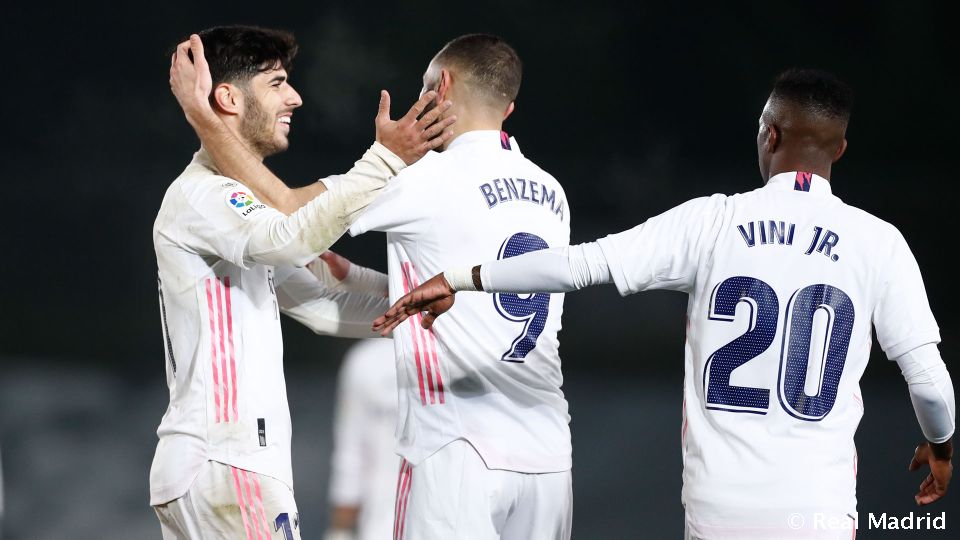