“We're happy and we must try to stay on this path”, said Brahim.
Dani Ceballos, Odriozola and Brahim spoke to the media after the win over Huesca. The Sevilla-born midfielder, scorer of the second goal, said: "We knew the importance of the three points today and the team believed until the end. It was crucial to get the win because we could not afford to draw at home".

"The team rushed a little when attacking and forgot a bit about defending our goal. In the second half we played more calmly, we tried until the end and thanks to a work of art from Benzema, we got the three points. Whenever there are possibilities you have to keep fighting. Our goal is to go step by step and keep winning until the end of the season. On Wednesday we have a difficult match at Mestalla".

Trust
"Zidane made it clear from the first day that we were all going to have opportunities and he is being fair to everyone. I’m very happy because in the first match I was able to play and today I played the whole match and contributed a goal to the team, and that's the best way to restore the confidence that he's given me since he arrived".

Benzema
"He's having his best season at Real Madrid. He's carrying the team at crucial moments. Today he was involved in the three goals: he got the better of their man in the first, got the assist in the second and score a fantastic goal for the third to give us the win".

Brahim: "We had a good game"
"There are things to improve but in general we put in a good performance. We're happy as a team and I am personally. I must keep going and convincing the coach because anyone can play. In the end the fans are the ones that says if they're happy or not. You have to give your best because they deserve it and they’re incredible fans. You have to show the coach that anyone can play. We train for this and to give our best for this club. We're happy and we must try to stay on this path".

"I'm really grateful to have started the game and to have been able to provide Isco with the assist, although there are things that I can improve on. I'm really pleased with the win and for the whole team. I feel very comfortable with Zidane and hope to continue to play my part and give my all for this club. There's great unity within the dressing room and there are a lot of good players and world stars and we're all happy that we're all involved. You learn new things from them every day and I feel right at home".

Giving your all
"All of our opponents are good sides and when it's  11 v 11 anything can happen out there. Huesca did well but we produced a good performance and ultimately went on to win. There were some spells during which we weren't comfortable in the game, but I think that the team performed to a good standard. We're at the best club in the world and we've all got to give our all if you want to play. We're focused on the here and now and trying to earn the coach's trust. Benzema is a really impressive player and a great guy".

Odriozola: "It was a struggle but we won"
"We're happy to have got the win in the final stages. Every team comes and competes here and that's what makes this the best league in the world. They made life very tough for us, Huesca are fighting for their lives and so are we. It was a struggle, you've got to admit that. There are things that we can improve on but we won the game and that's the most important thing".

"Very often in football there are no logical explanations, you get days when things go for you and others when they just don't. We gave our all out there to ensure that things went for us and we performed far better in the second half. In the first half, we gave the ball away a lot and that gave them a boost. However, we managed to address that ahead of the second 45 minutes. We weren't as impressive as we would have liked to have been, but the important thing was to win and we did just that".

Less regular starters
"At this club every single player has amazing quality, they all perform to a high standard and I don't think that it was down to a lack of game time. Sometimes things don't go as you expect them to and you've also got to take the opposition into consideration. We've got to congratulate Huesca, because, in view of their situation, they've delivered a top performance. Benzema is the best No.9 in the world and that's nothing new to me. When you need him, he steps up and he scored a stunning goal tonight". 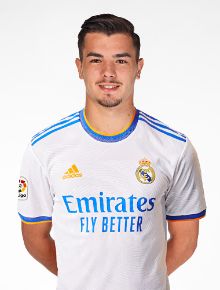