The Whites ended the 2017/8 campaign having secured the seventh European Cup and league double in the club's history.

Real Madrid took the Endesa League title for the 34th time after prevailing over Baskonia in Game 4 of the final at the Buesa Arena to secure a 3-1 triumph. The Whites, who end the campaign with the seventh European Cup and league double in the club's history, continue to be Spanish basketball's most decorated team (in both the National League and ACB eras).

Laso's charges reached the showpiece after downing Iberostar Tenerife in the quarters and Herbalife Gran Canaria in the semis. Baskonia claimed victory in the series opener at the Palacio (90-94) before Real Madrid tied things up in Game 2 (98-91). The Whites clinched the title by winning the next two contests in Vitoria: 78-83 and 85-96.

The Mallorca-born player shone just as brightly as the rest of a roster which continues to etch its name into the history books. After securing the club's 10th European Cup crown in Belgrade, the Whites once again did the double, a feat they previously achieved in 1964, 1965, 1968, 1974, 1980 and 2015. Since taking over the reins, Laso has led the team to 15 titles.

"The obstacles made us stronger as a team", noted Llull after lifting the title. Indeed, the Whites prevailed in what was a tough season in terms of injuries. This explains why the team celebrated the triumph in such spectacular fashion. Firstly in the Buesa Arena locker room with the congratulations of club president Florentino Pérez and, the following day, at the city's institutions. 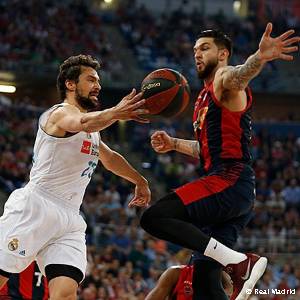 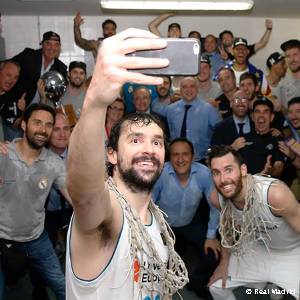 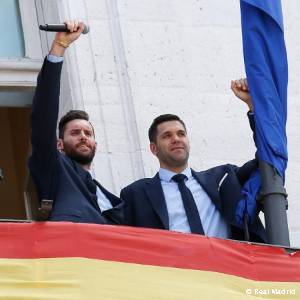