Two Bale goals, the first a wonderful overhead kick, and another from Benzema, clinch the win over Liverpool to give the Whites their third consecutive Champions League trophy.
The Olimpiyskiy Stadium in Kiev

1
Thirteen-time European champions. The greatest club of all time continue to build on their legendary status. Kiev was the setting as Real Madrid got their hands on their third consecutive Champions League title, running out 3-1 winners over Liverpool in the final. This group of players, led by Zidane, are leaving an indelible mark on footballing history. The passing of the years will do little to mute talk of the current Real Madrid side as one of the greatest teams ever assembled. Gareth Bale was the star of the final, coming off the bench with the scores tied at 1-1 to net a brace, with one of his goals a sublime overhead kick. Benzema opened the scoring for the madridistas before Mané levelled for the English side.

The game began at a stuttering pace, with the respect between the two sides all too evident. Real Madrid were looking to play out from the back, while Liverpool went for a more direct approach, moving the ball to their front men with impressive speed. One such move saw Mané nip through with seven minutes gone but Raphaël Varane got across well to snuff out the danger. Not long after, the madridistas had their first sight of goal when Marcelo's shot was deflected wide. With both sides looking well-drilled, the only real threat came as a result of errors in possession. That's exactly how Dani Carvajal robbed the ball in the middle of the park on 15' and fed Cristiano, who unleashed a powerful drive which flew just over the bar.

Injuries
Trent Alexander-Arnold produced a near-exact replica from the right which forced Keylor Navas into action for the first time. Both teams were then befallen by some rotten luck in the form of injuries to key men. Mohamed Salah and Carvajal had no choice but to abandon the pitch. Nacho came on to fill in at right-back and the closing stages of the half were all about the madridistas. On 43’, Karius stopped a Cristiano bullet header and Benzema was on hand to turn home, but the referee ruled the goal out for offside. On the cusp of half-time, Nacho smashed an effort into the side netting before Benzema tried his luck from range, but the scores remained level as the sides headed for the dressing rooms at the break.

The second half left off where the first ended, with Real Madrid probing as they sought to make the breakthrough. Isco came the width of a crossbar away from doing so after he pounced on a loose ball in the area, before seeing his effort agonisingly come back off the woodwork. Madrid duly took the lead in the 51st minute, when Karius looked to throw the ball out and get Liverpool moving quickly, however an alert Benzema flung out his right foot to divert the ball into the back of the empty net. However, the Whites' joy proved to be short-lived, as just four minutes later Liverpool restored parity following a corner that was headed goalward by Dejan Lovren and stabbed home by Sadio Mané. The game had now become a far more end-to-end affair and this saw Isco presented with the chance to restore the Whites' lead, only to be denied by Karius.

Bale's bicycle kick
Zidane opted to shuffle his pack and turned to Gareth Bale. In his very first involvement, the Welshman connected with Marcelo's cross and conjured up a stunning bicycle kick to make it 2-1 with 64 minutes on the clock. It was a strike that'll go down in history and brought those inside Kiev's Olimpiyskiy Stadium to their feet. Liverpool didn't crumble and soon produced a reaction, with Mané's drilled effort shaving the upright. Madrid, meanwhile, had the chances to put the game out of sight on the counter-attack. Cristiano found himself clean through in the 74th minute, and just as he was about to pull the trigger, Robertson produced a last-ditch challenge to save the day.

The game continued to be an open contest right up until the death. Liverpool pushed forward in search of an equaliser, but it was Zidane's men who were carving out the most clear-cut chances. Benzema brought the best out of Karius in the 81st minute after he was picked out by an exquisite Bale cross. Two minutes later, the Welshman put the result beyond all doubt with an effort from range that Karius was simply unable to deal with. In the wake of the third goal, chants of "Campeones, Campeones" reverberated around the stadium. The Decimotercera is now ours. 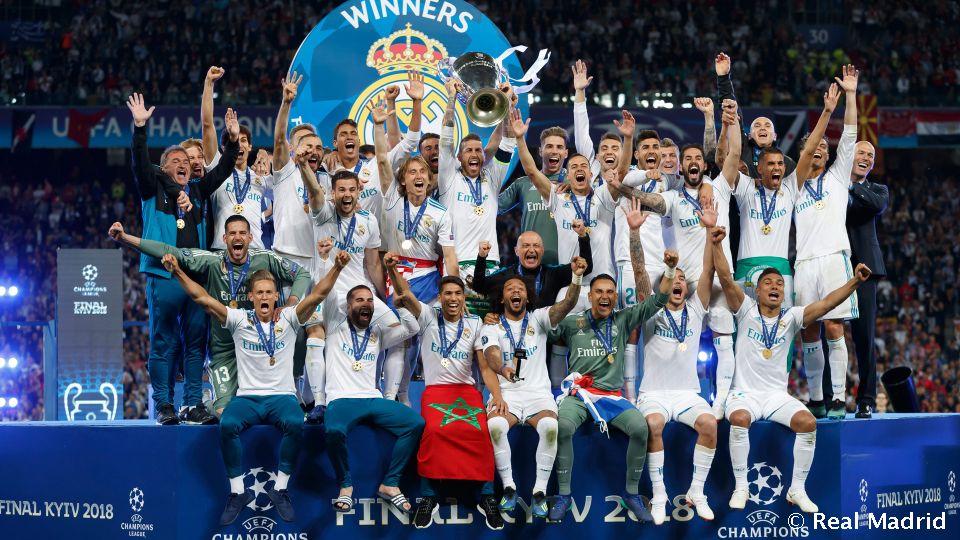 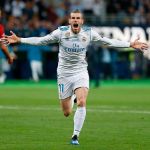 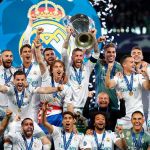