Relive the highlights of the victory in Morocco. A title that capped off an unforgettable year and saw Real Madrid crowned world champions.

Real Madrid added the Club World Cup to their trophy collection and put a cherry on top of a great 2014. Cruz Azul (Mexico) and San Lorenzo de Almagro (Argentina) were the opponents the Whites faced on their way to winning the club's fourth ever intercontinental title. The tournament took place in Marrakech and saw the squad confirm their enviable status by being crowned world champions.

Sergio Ramos was the hero of the competition, opening the scoring in both the semi-final as well as the final. The Andalusian man's importance in the final win earned him the Club World Cup Golden Boot. The defender showed his ability in the air with two headed goals, a reminder of his glorious goal in the final of the Décima. Cristiano Ronaldo was awarded with the Silver Boot.

Ramos, Golden Boot at the tournament

Bale also demonstrated his status as a finals specialist during the encounter against San Lorenzo de Almagro by making it 2-0. The Welshman added a goal in the intercontinental competition to his historic finishes in the Copa del Rey and Champions League finals. Prior to the decisive game, Madrid beat Cruz Azul 4-0 in the semi-finals. Ramos, Bale, Isco and Benzema were the scorers, with the Frenchman also being named man-of-the-match.

Real Madrid also displayed their solidity in defence in Morocco by finishing the tournament without conceding. Casillas was pivotal during the match against the Mexicans with a penalty save, while he made history with the Whites during the final by playing his 700th game. The captain lifted the last title of 2014 and collected the Fair Play award. Following the ceremony, the celebrating continued in the dressing room, where the players took photos with the Club World Cup.

“2014 has been a fantastic year, unforgettable” was how an elated Ancelotti described things after the title win. The Whites' fans were able to relive their team's victory up close thanks to the exclusive videos on Realmadrid.com during the team's stay in Morocco. The triumph was praised by the international press and Real Madrid supporters were treated to another unforgettable moment in the history of the world's greatest club. 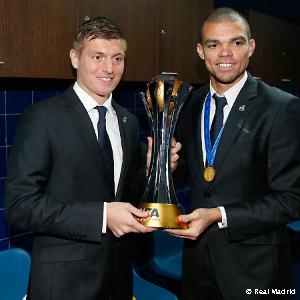 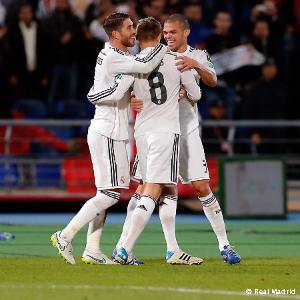 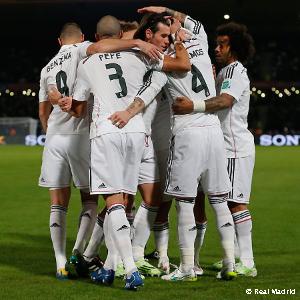