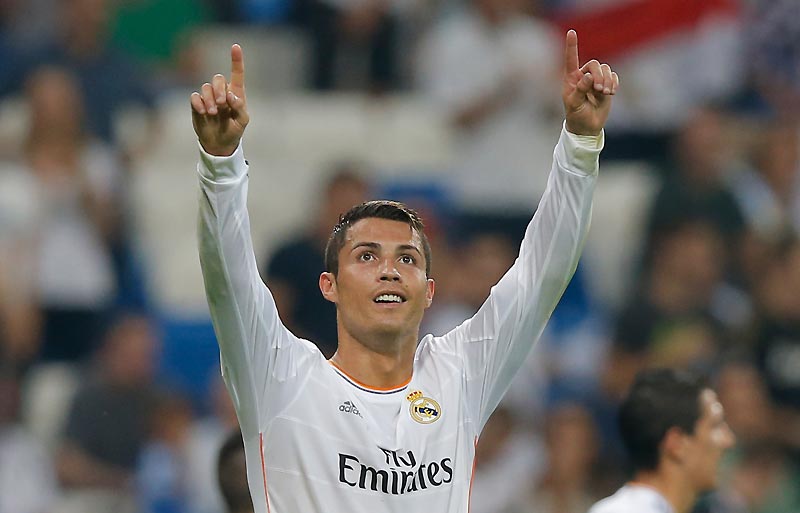 Cristiano Ronaldo scored in the last match of the season against Valencia to take his total to 59 in 2013. The Portuguese has not stopped amazing the world with his goal-scoring stats since he joined Real Madrid and he has improved his record every year. Cristiano Ronaldo has found the back of the net in all of the competitions that the team played in in 2013; scoring 38 goals in La Liga, 15 in the Champions League and six in the cup. He also made history in this season’s Champions League by becoming the first player in the history of the competition score nine goals in a group stage.

The Portuguese footballer began the year by scoring twice against Real Sociedad in the first match of January and has not stopped scoring since. Among his notable Real Madrid performances are six hat-tricks. They came in La Liga against Getafe, Sevilla twice, and Real Sociedad, against Galatasaray in the Champions League, and Celta in the cup.


Including his ten for Portugal, Cristiano Ronaldo scored 69 goals in 2013. That means that the Real Madrid forward has also beaten his previous best overall scoring record of 63 in 2012. The Real Madrid player’s goals were particularly important in securing Portugal a spot in the World Cup in Brazil.
Search