Jorge Valdano, Fabio Capello and Vicente del Bosque were the names to remember this decade. The three successful coaches took Real Madrid to the top in La Liga and in Europe and they were helped on their way by some superstars. Players such as Redondo, Laudrup, Seedorf, Suker, Mijatovic and Roberto Carlos all arrived at the club in the 90s. 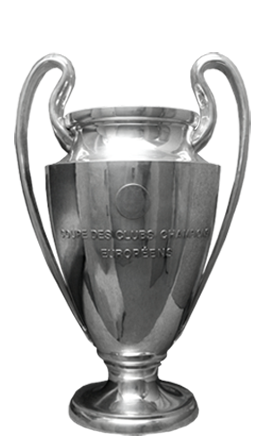 Having demonstrated his abilities at the helm of Tenerife, where his team played an attractive and efficient brand of football, Valdano returned to Real Madrid in 1994. With new signings Redondo, Laudrup, Amavisca and Cañizares, the Madrid side went on to win the league title. That same season, youth-academy player Raúl made his debut. On the 29th of October at 17 years of age, the young player from Madrid filled in for Martín Vázquez in La Romareda, where he would put in a stunning performance. A new legend was born.

Early in 1995, Valdano's Real Madrid beat Johan Cruyff's Barça 5-0 in the Santiago Bernabéu. It was a magical game that was televised and followed by more than 10 million viewers. But the bad results in the 95-96 season forced Lorenzo Sanz to bring in Fabio Capello, one of the most sought-after coaches in European football. The Italian had a dream squad. The signings of Seedorf, Suker, Mijatovic and Roberto Carlos, together with Raúl, Hierro and Redondo, took Madrid to a new league title.

The 20th of May 1998 was a historic day for the club. After 32 years, and under the orders of Jupp Heynckes, Real Madrid conquered Europe once more by beating Juventus in the final of the Champions League. A goal from Pedja Mijatovic in the 66th minute brought number Seven from the Amsterdam Arena to the Santiago Bernabéu trophy room. In December that year, this time at the hands of Guus Hiddink, Madrid won its second Intercontinental Cup.

In 1999, and after a lifetime connected to the club as a player, Vicente del Bosque returned as the first-team manager. The man from Salamanca managed to instil a philosophy in the team that made them the best in the continent. His first title came in 2000: the Eighth European Cup. In the same year, Florentino Pérez (enlazar ficha) took over the presidency and signed one of the best players on the planet, Luis Figo

On the 2nd of April 1992, a tragic traffic accident cut short the life of Juanito, a Madrid idol. The player from Malaga had been at the UEFA Cup match between Real Madrid and Torino in the Santiago Bernabéu. He was on his way back to Mérida, where he was the manager, when the sad event took place. Madrid's siete was always well-loved in the Whites' stadium, and he is the inspiration behind the song "Illa, illa, illa, Juanito Maravilla", which is sung in the seventh minute of every match.

An end to the Dutch teams' unbeaten record in Europe

In the 1991-1992 UEFA Cup, Real Madrid brought an end to a Dutch tradition. Their teams had not been beaten at home in European competition for more than a decade. The Whites beat Utrecht away (1-3), with an own goal from Roest and one each for Prosinecki and Villarroya.

The best club in history

The club's more than fifty titles led FIFA to name Real Madrid the ‘Best Club in History’ in 1998. Di Stéfano and Puskas were chosen among the best ten players. Roberto Carlos, Raúl, Suker and Mijatovic were also given accolades as the 18 standout players of 1997. After winning another European Cup in 2000, Real Madrid was chosen as the ‘Best Club of the Twentieth Century’.

After more than twelve years serving the club as a player and a coach, Alfredo Di Stéfano was named honorary president of Real Madrid in 2000. The decision was made during the first session held by the new Board of Directors headed by Florentino Pérez. It was approved by the Delegate Members General Assembly on the 5th of November.