Real Madrid were able to keep their star players, however year upon year their opponents became stronger, thanks to the ‘basketball boom’ of the 1980s. This period is noted for the creation of the Liga ACB and two legendary names of the sport: Fernando Martín and Drazen Petrovic. 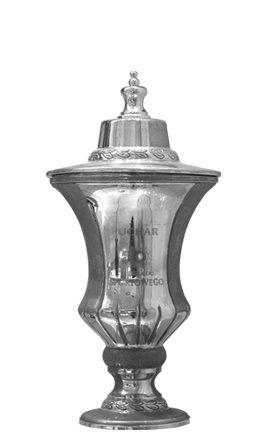 In 1983 the Asociación de Clubes de Baloncesto was created, and it took over the responsibility of organising the league from the Federation. The number of participating sides grew considerably, and the type of competition changed. For the first time, the title was decided in a playoff format.

Real Madrid, who had won 22 of the 27 editions of the National League (between 1857 and 1983), continued to dominate, winning the first three ACB titles (1984-1986). They were the years all bowed down to Fernando Martín, Romay and Iturriaga. The side, who celebrated its golden anniversary in 1981, was enjoying an enviable state of health.

From enemy to ally

In the eighties came rivals who added colour to history. In this period there is one name that stands out above the rest: Drazen Petrovic. The young Croat shows his dominance on the continent through talent and a strong personality. In 1985 he won the European Cup with Cibona Zagreb, against Real Madrid, who were one of the sides who really motivated him. In 1986 Petrovic scored 90 points in two games against Madrid. Real took revenge in 1988 by winning the Korac Cup. With this success, Lolo Sainz became the first coach to win the three continental titles (European Cup, Saporta Cup and the Korac Cup). The following season the Croatian magician was to wear the white of Madrid.

A night of glory in Athens

The 1988-89 season started full of hopes and dreams. Madrid organised the McDonald’s Open, where The Whites faced off against the Boston Celtics. Months later, they won the Copa del Rey against Barça. The season’s critical moment came on the 14th of March 1989. This day Real Madrid won the Saporta Cup in one of the most memorable finals in the history of European basketball. Drazen Petrovic scored 62 points as The Whites downed Oscar Schmidt’s Snaidero Caserta 117-113 in an incredible match.

After 15 years as The Whites’ coach, Lolo Sainz moved into the position of technical secretary at the start of the 1989-90 season. In his place, NBA coach George Karl was appointed. Drazen Petrovic went the other way, so expectation at Real Madrid fell onto the sturdy shoulders of Fernando Martín. However, destiny had other ideas. On the 3rd of December 1989 the Madrid-born pivot was involved in a fatal car accident on the way to a game at the Palacio de Deportes. His sudden loss had a huge impact on Spanish society. Thousands of people visited the chapel installed at the pavilion at the training ground. Real Madrid retired the number 10 in his honour, and nobody has worn the jersey since.