A Win and Top-Spot with a Benzema Brace 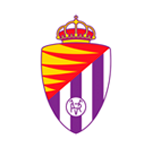 The Ballon d’Or’s brace furnishes Madrid with three important points in Valladolid on their return to league action.

Real Madrid returned to league action after the World Cup with an important win in Valladolid. They bid farewell to a sensational 2022, in which they won LaLiga, the Champions League, the European Super Cup and the Spanish Super Cup, with three points that put them top of the table with a game to spare. The victory was clinched in the dying embers of the game with a Benzema brace. The Ballon ’Or winner first converted Javi Sánchez's penalty and then finished off Camavinga's great build up with a top class finish.

The first half was entertaining and the chances were shared. The first of which came after ten minutes and it was for the Whites, who came out dominating. Benzema’s subtle back-heel fed Asensio whose curling shot from the edge of the area forced Masip into making the save. Ceballos collected the rebound, beat Fresneda and pulled the ball back. Asensio shot again and the ball hit Javi Sánchez’s arm inside the area. However, Munuera Montero did not award a penalty. Ancelotti's men had an even clearer chance seven minutes later when Vini Jr. made a run into the box and shot, but was again met by an inspired Masip. The rebound fell to the left foot of Benzema, who shot over the bar from within the six-yard box. Madrid had already deserved to take the lead and tried again in the 32nd minute with a Vini Jr. move, which ended in a close-range shot that was blocked by Masip once again.

Video.0-2: A Win and Top-Spot Thanks to Benzema Brace

The home side responded as Aguado tried his luck with two long-range efforts in quick succession. Courtois pulled off a spectacular save to keep out the first one with 36 minutes on the clock, and the second one skimmed the post. The second half got underway with our team creating another good opportunity, this time from a set-piece. In the 50th minute, Kroos whipped in a corner and Rüdiger headed just wide of the target. Ancelotti replaced Asensio and Carvajal with Rodrygo and Lucas Vázquez just ten minutes later. The Valladolid fans got behind their team and they could also have gone ahead from set-pieces. Aguado tried his luck in the 66th minute, but Courtois kept him out, and a minute later our goalkeeper was called into action again with a wonderful save from Sergio León's header from a corner.

Benzema settles the game
A close-range effort from Benzema in the 78th minute could have been enough to put our team ahead, but Masip was again at his best to keep the ball out. The goal finally arrived two minutes later as the reigning champions took the lead. A corner swung in by Kroos was headed goalwards by Rüdiger, but Javi Sánchez turned the ball away with his hand. Munuera Montero pointed to the spot after consulting the VAR and Sergi León was given his marching orders after complaining. Benzema fired home the spot-kick and in the 89th minute got his second thanks to a brilliant finish after a piece of excellent individual skill from his countryman Camavinga. Ancelotti's men secured all three points in a stadium where Valladolid have previously picked up three consecutive wins. 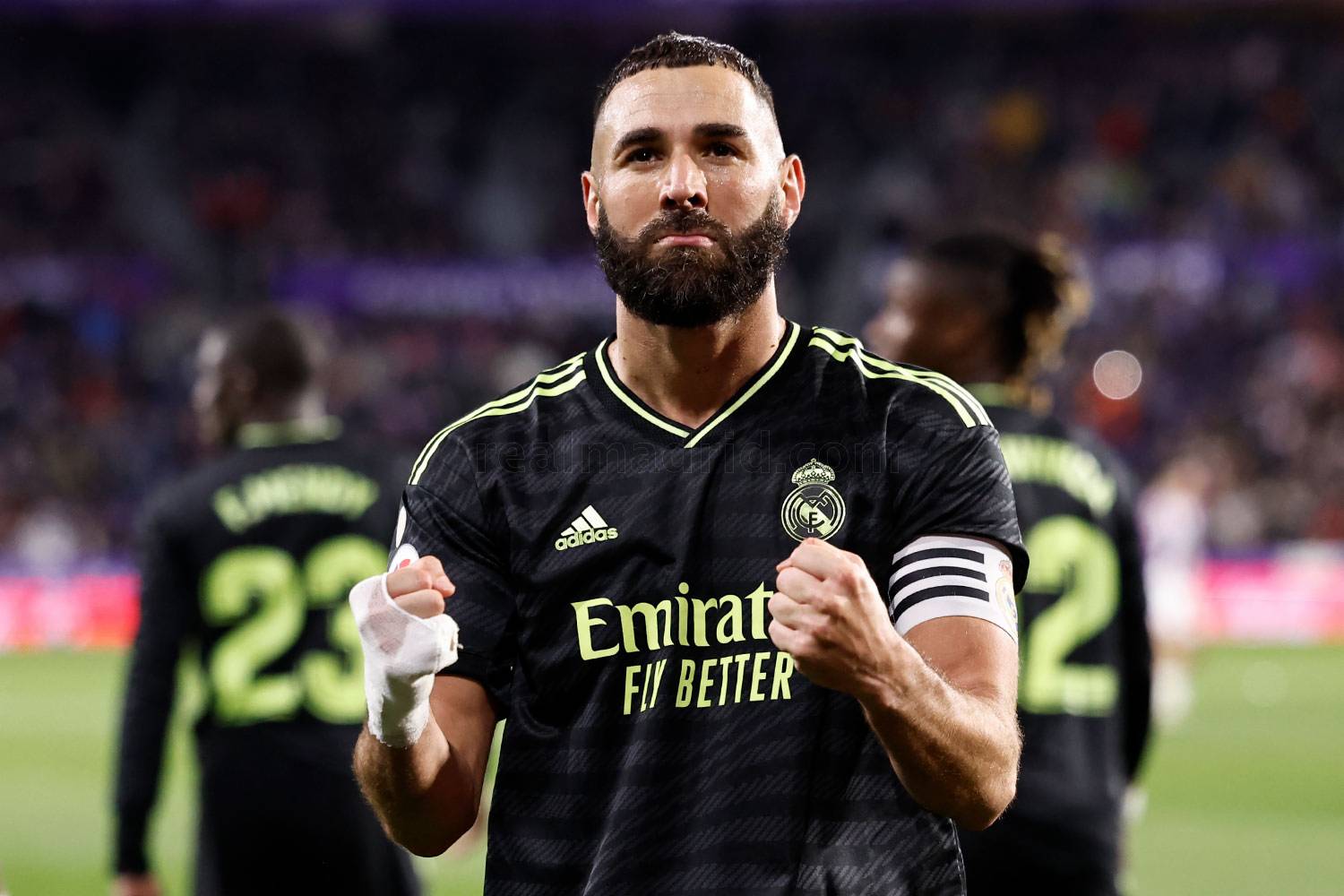 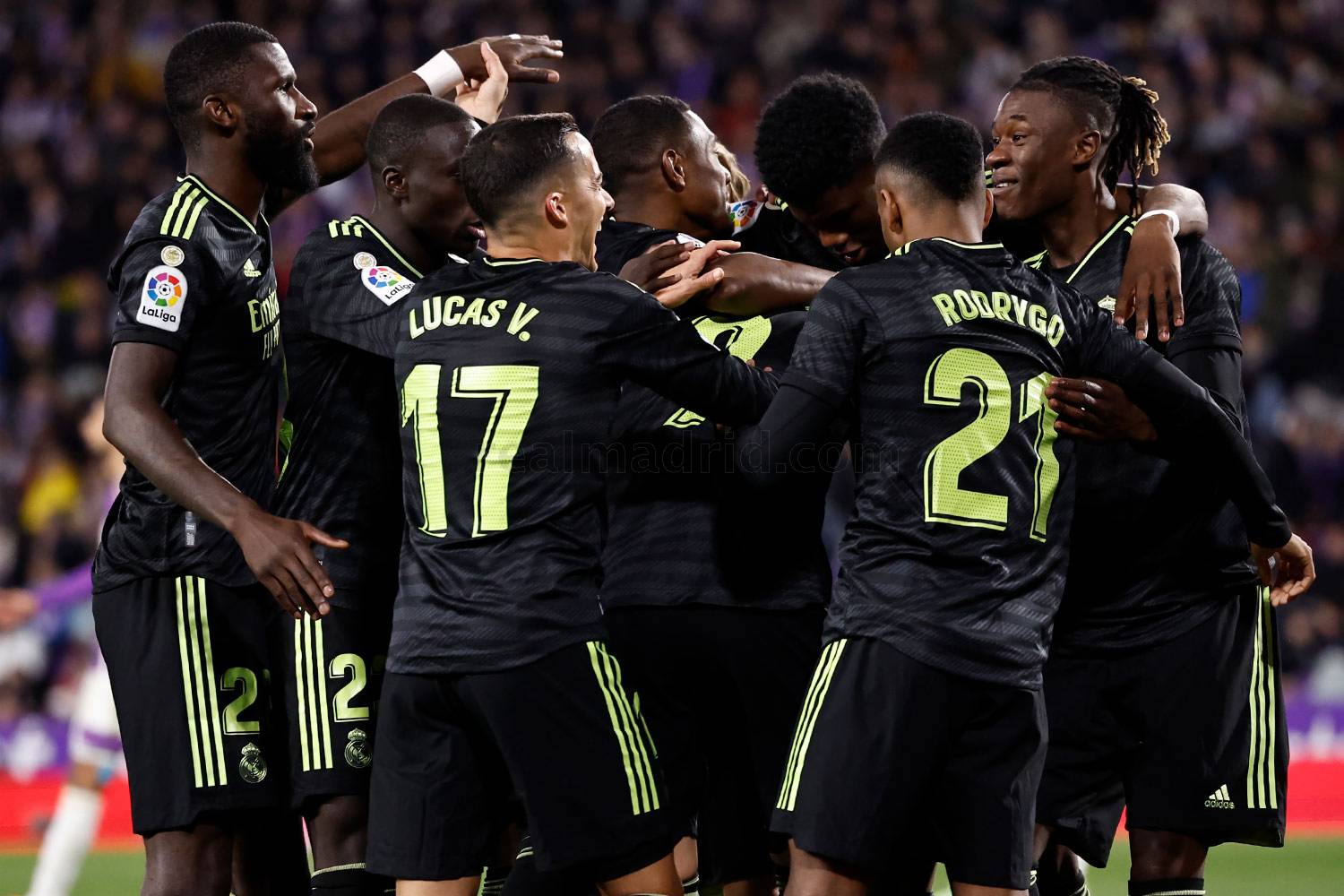 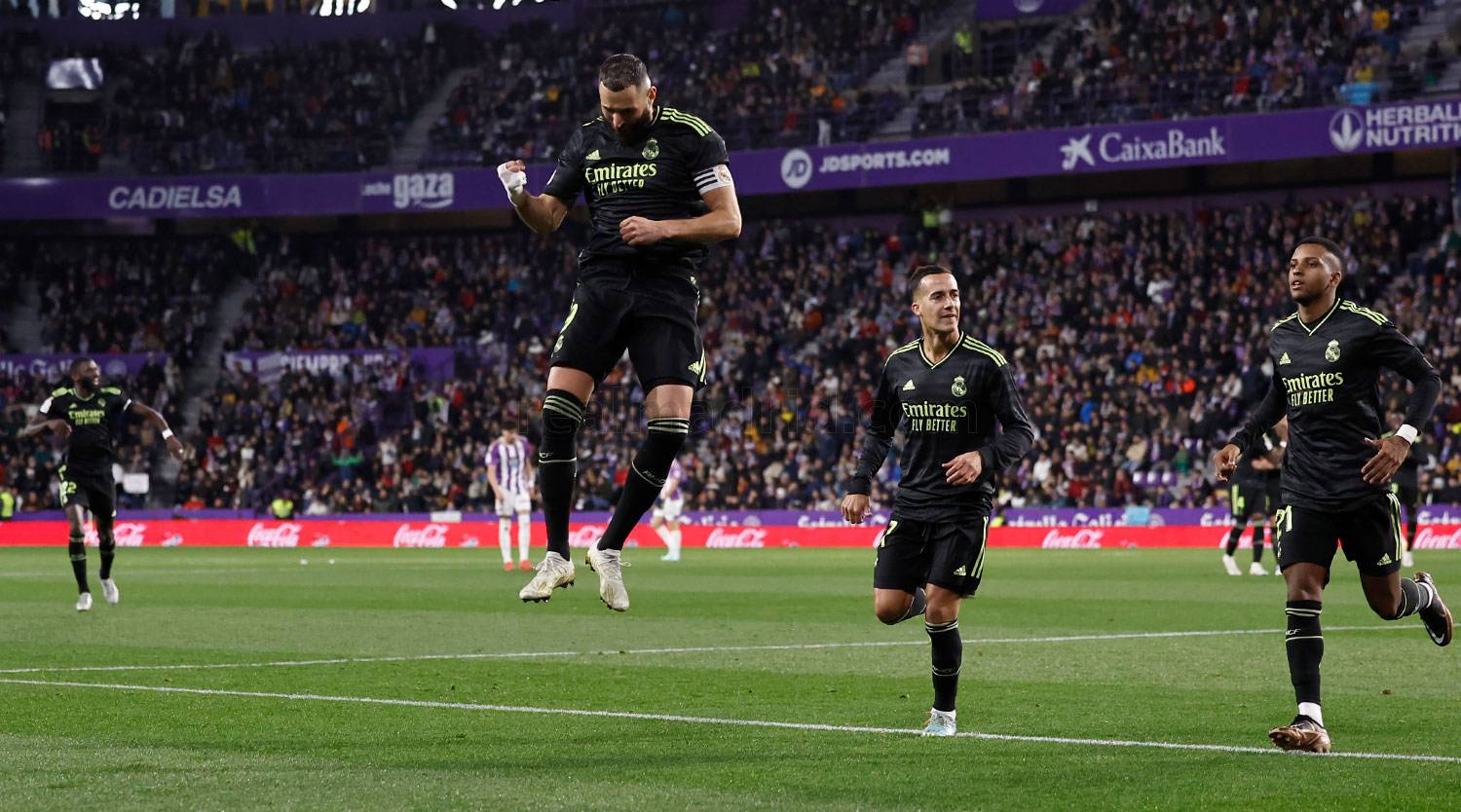 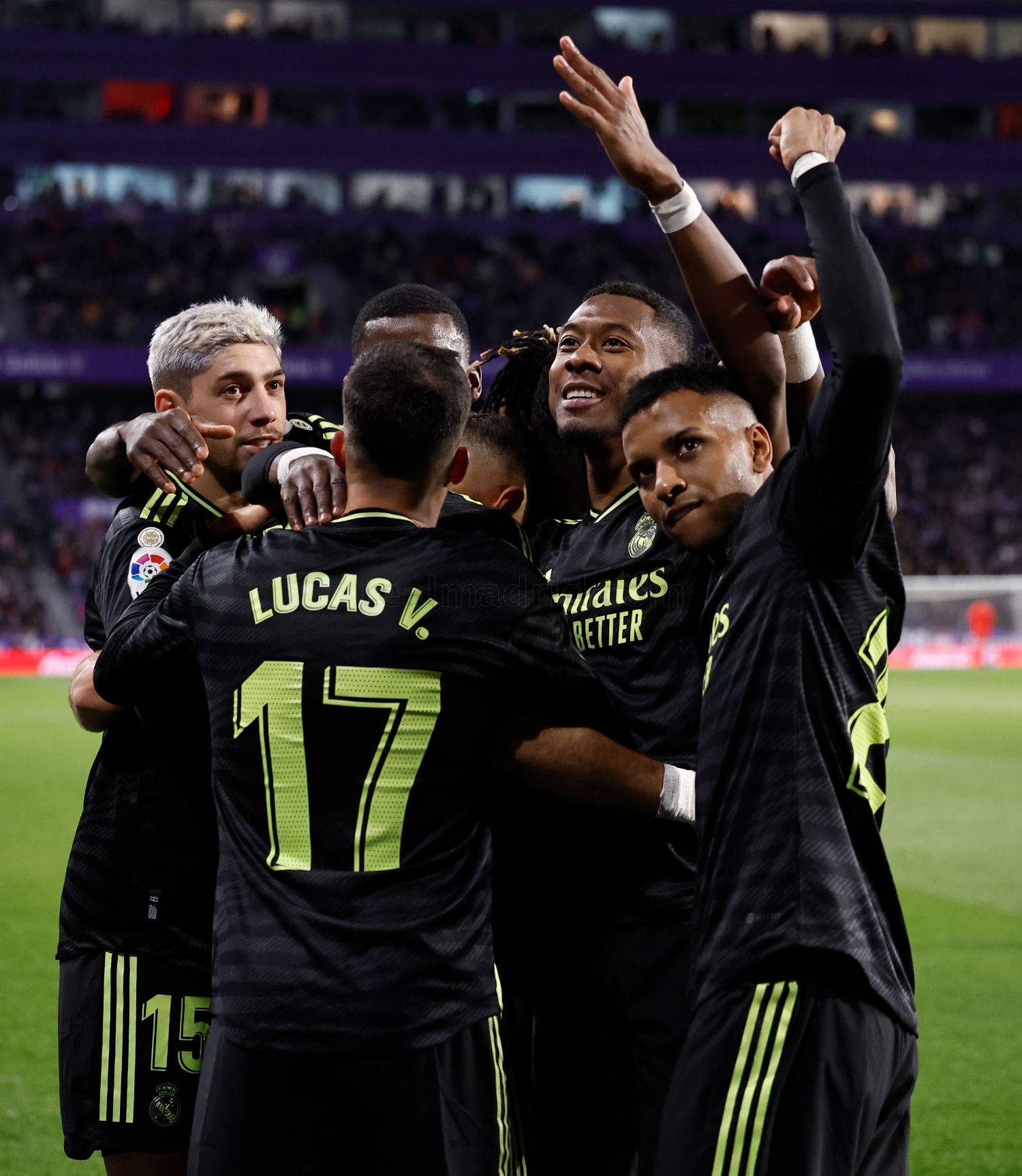 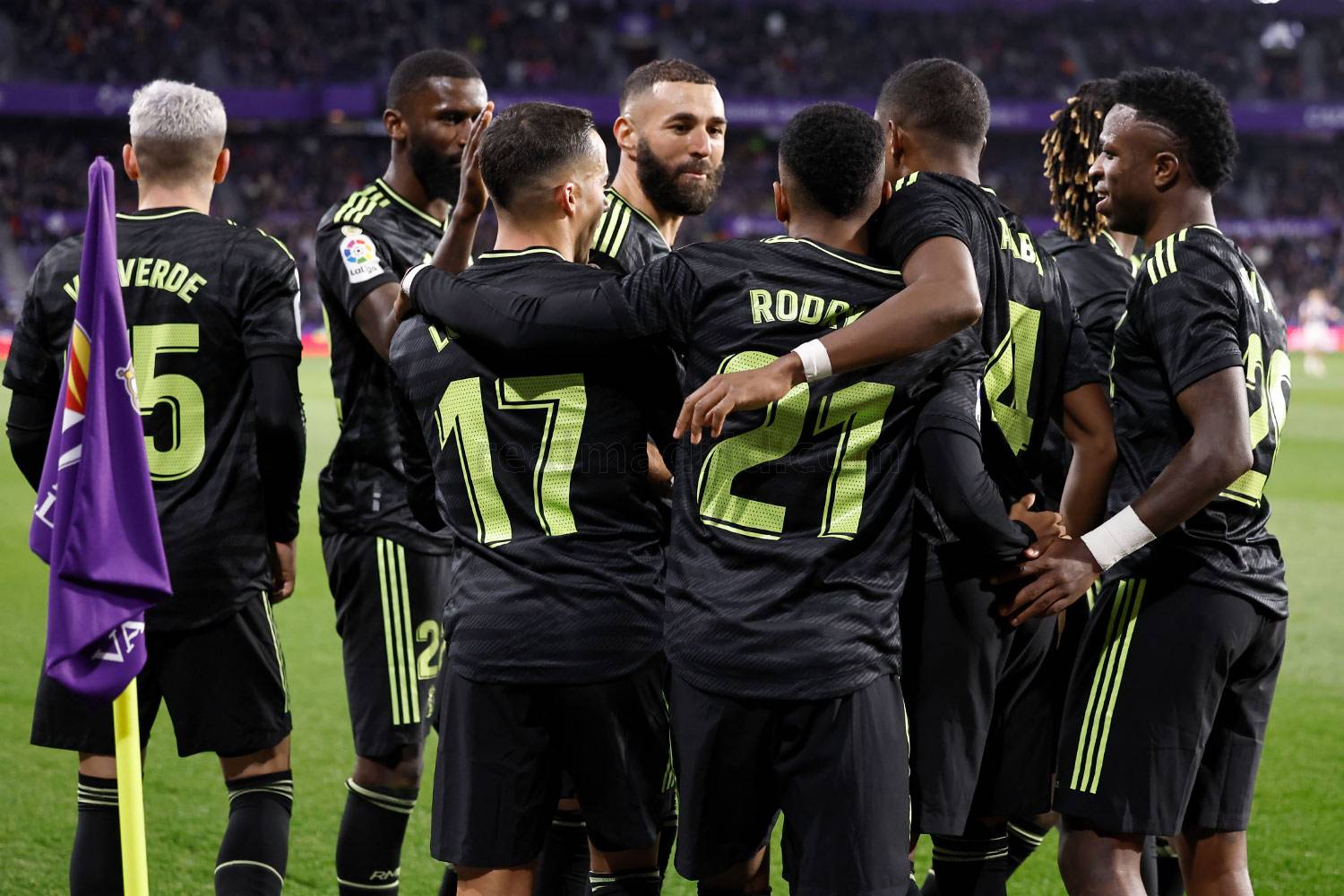 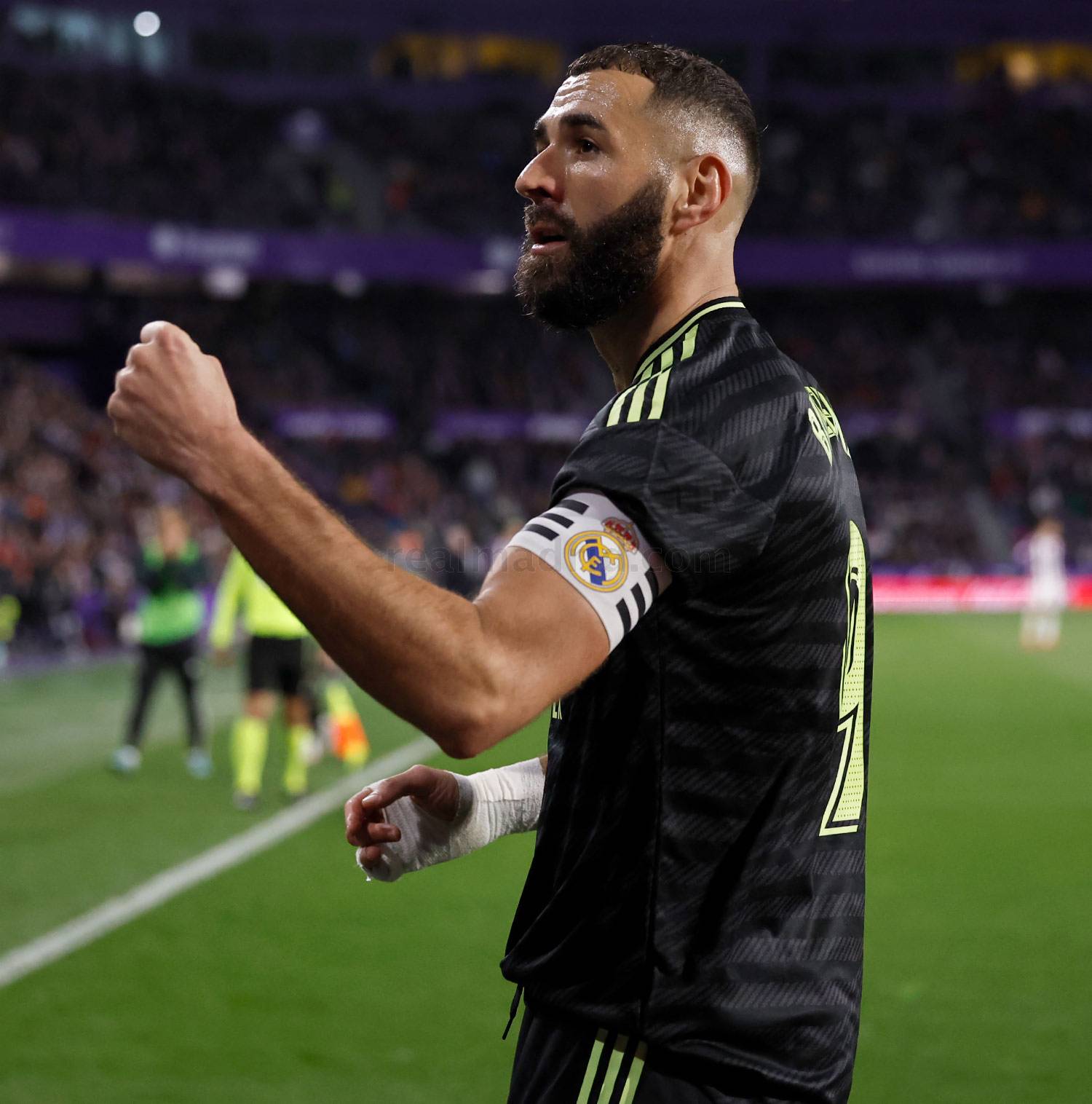 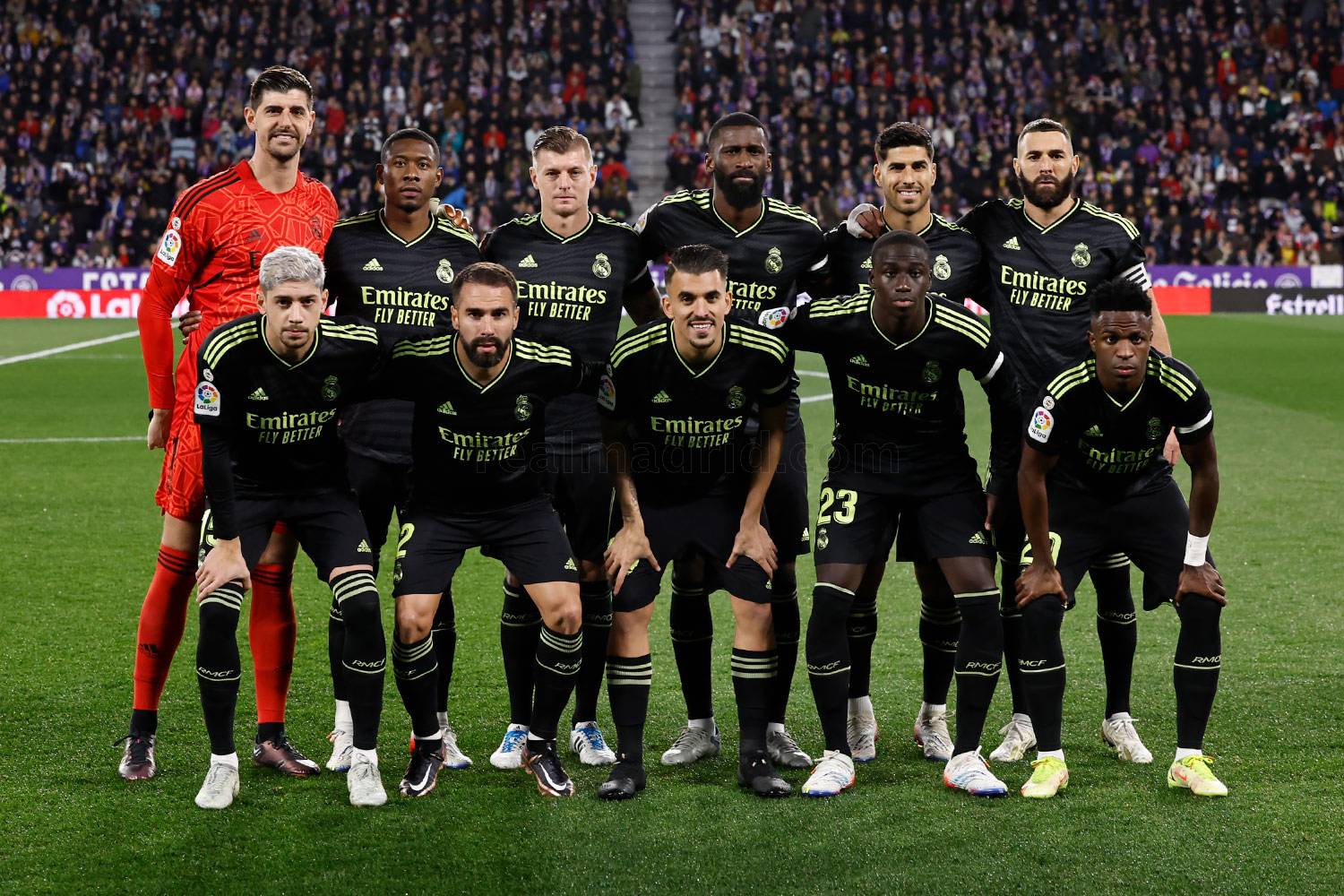 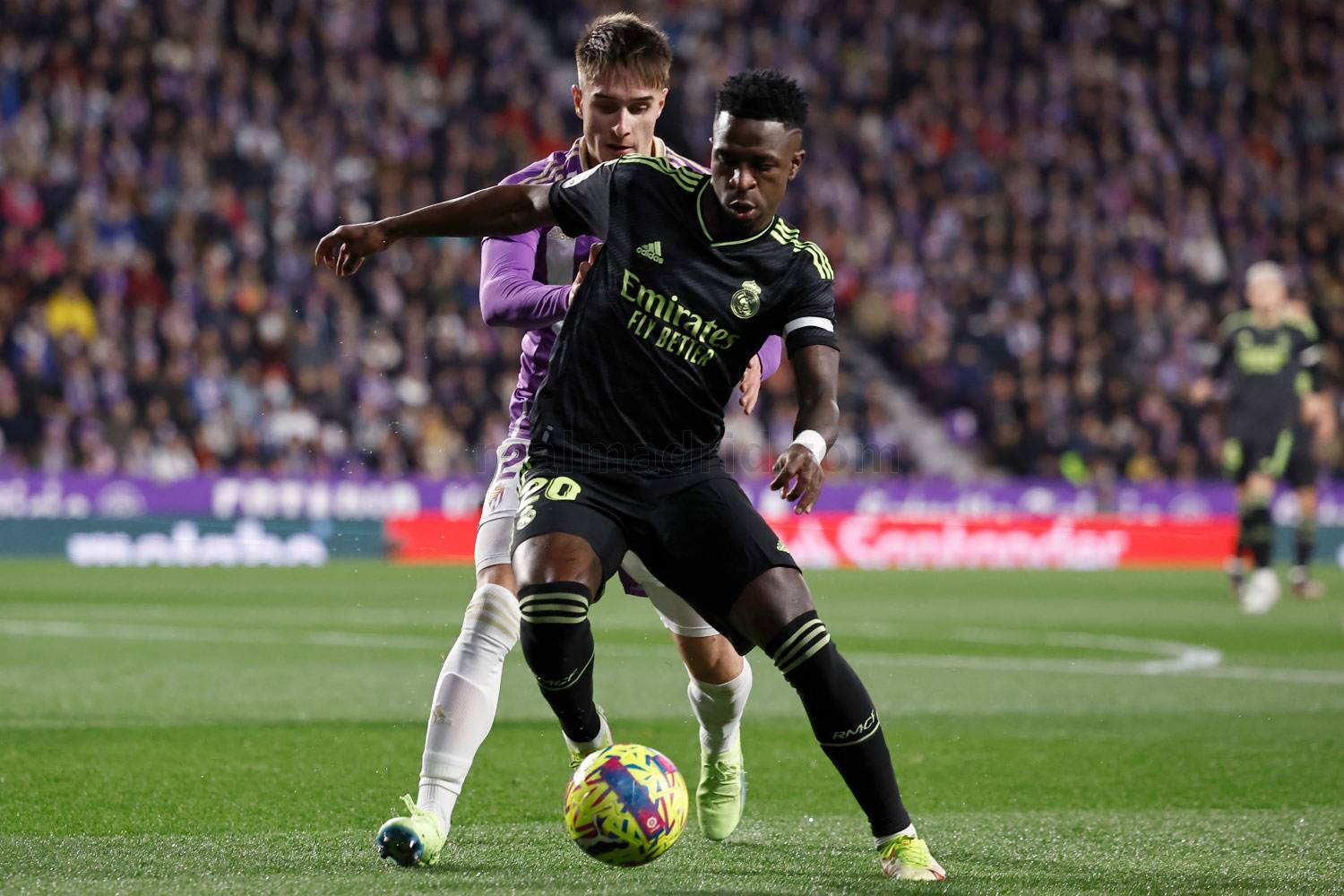 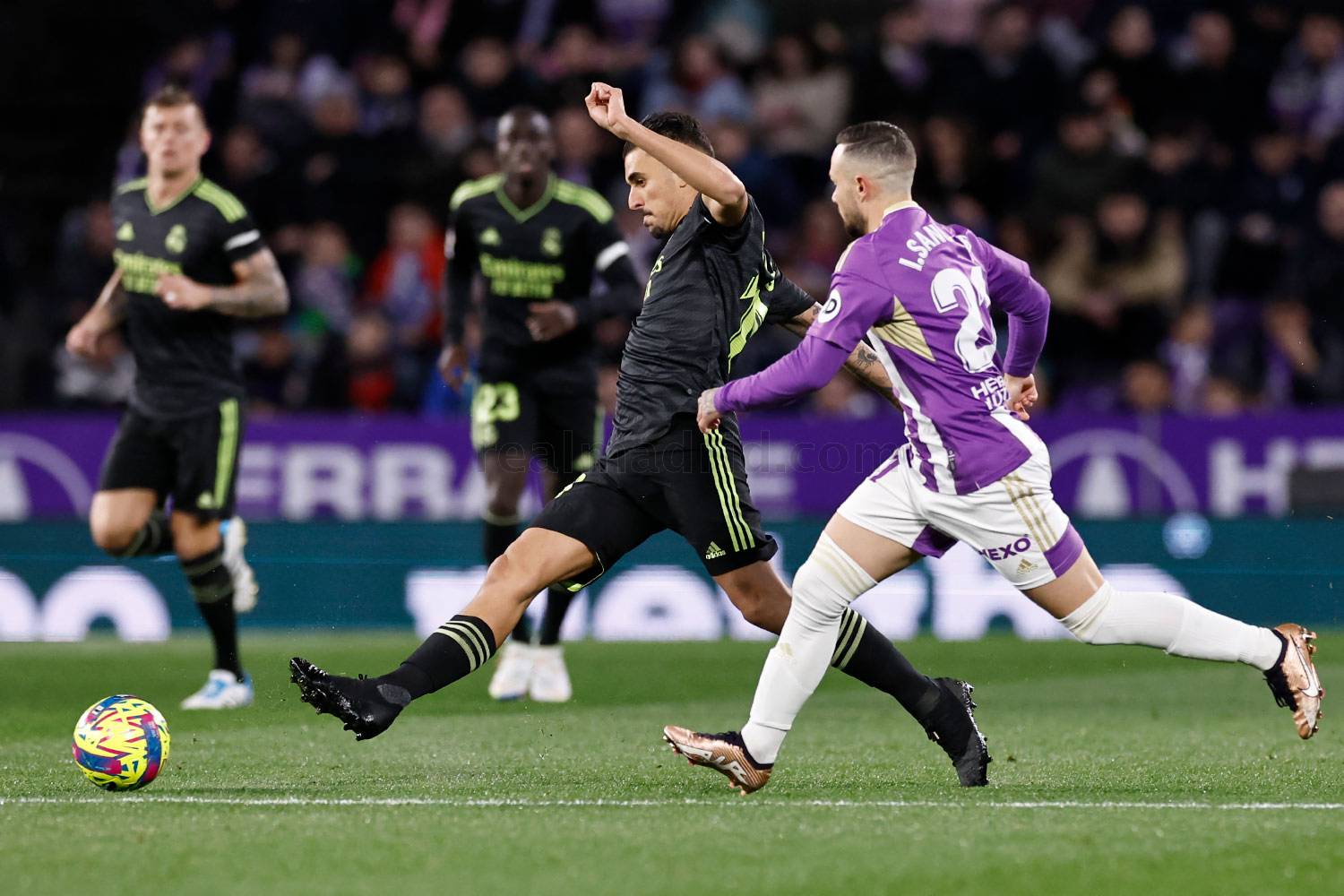 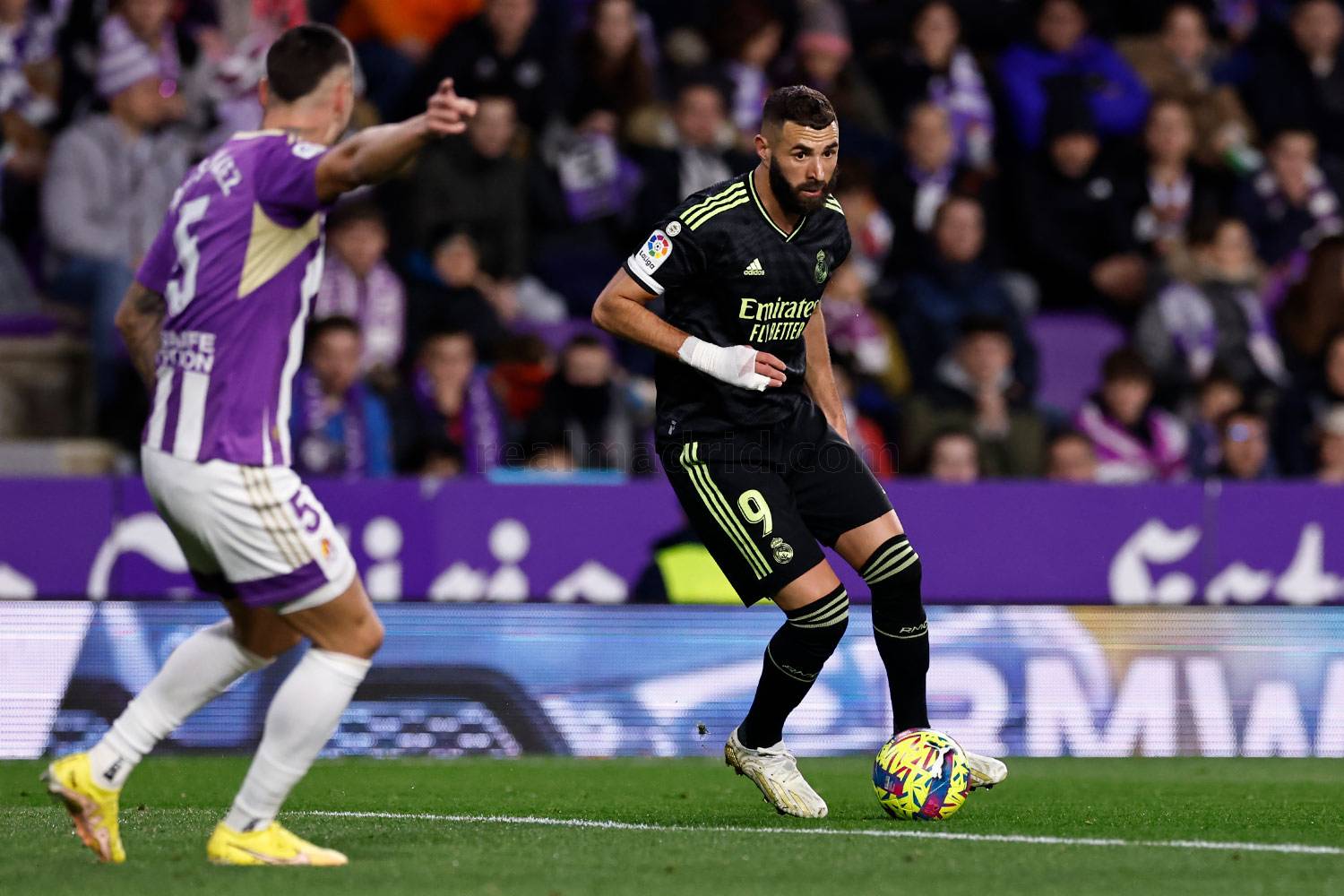 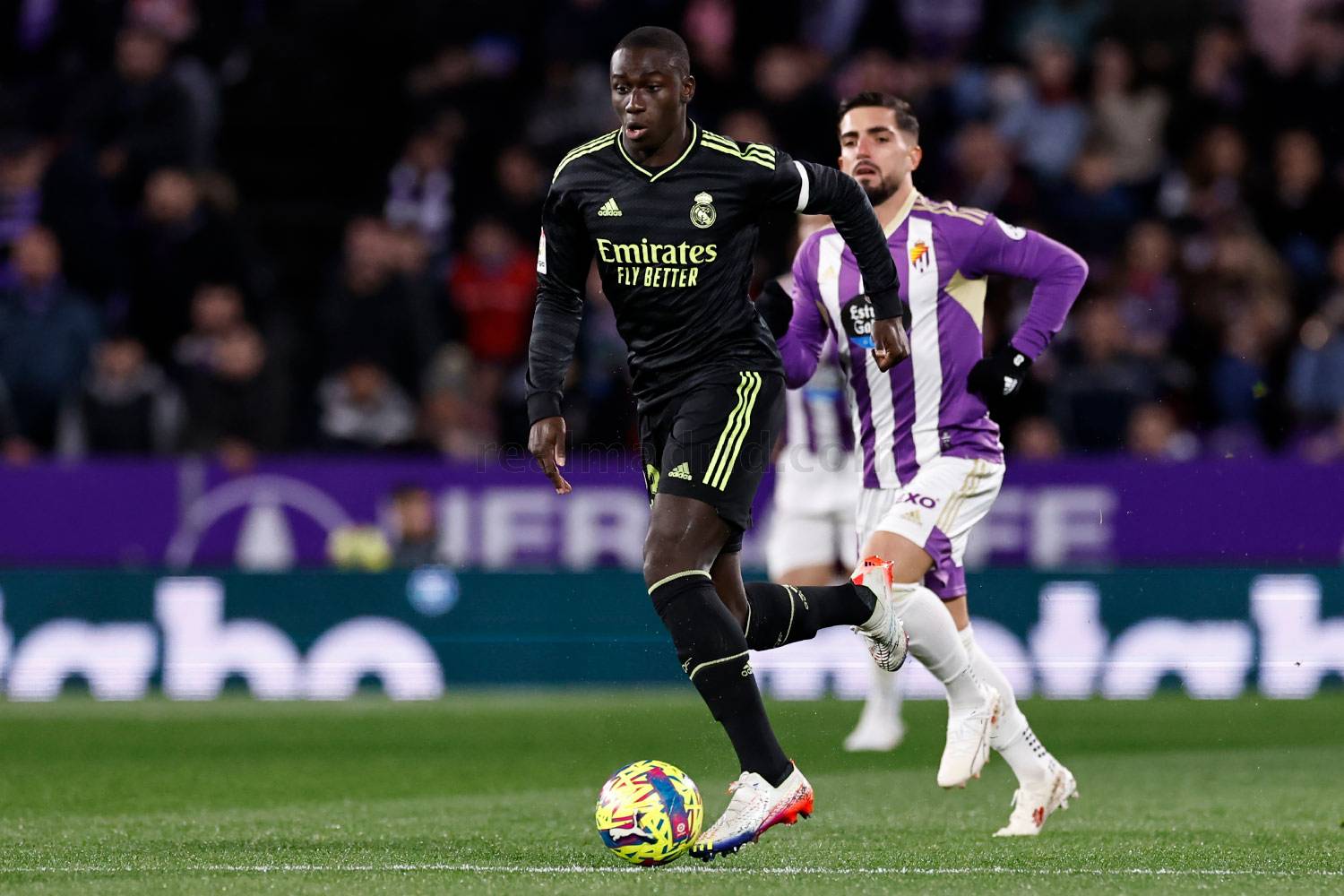 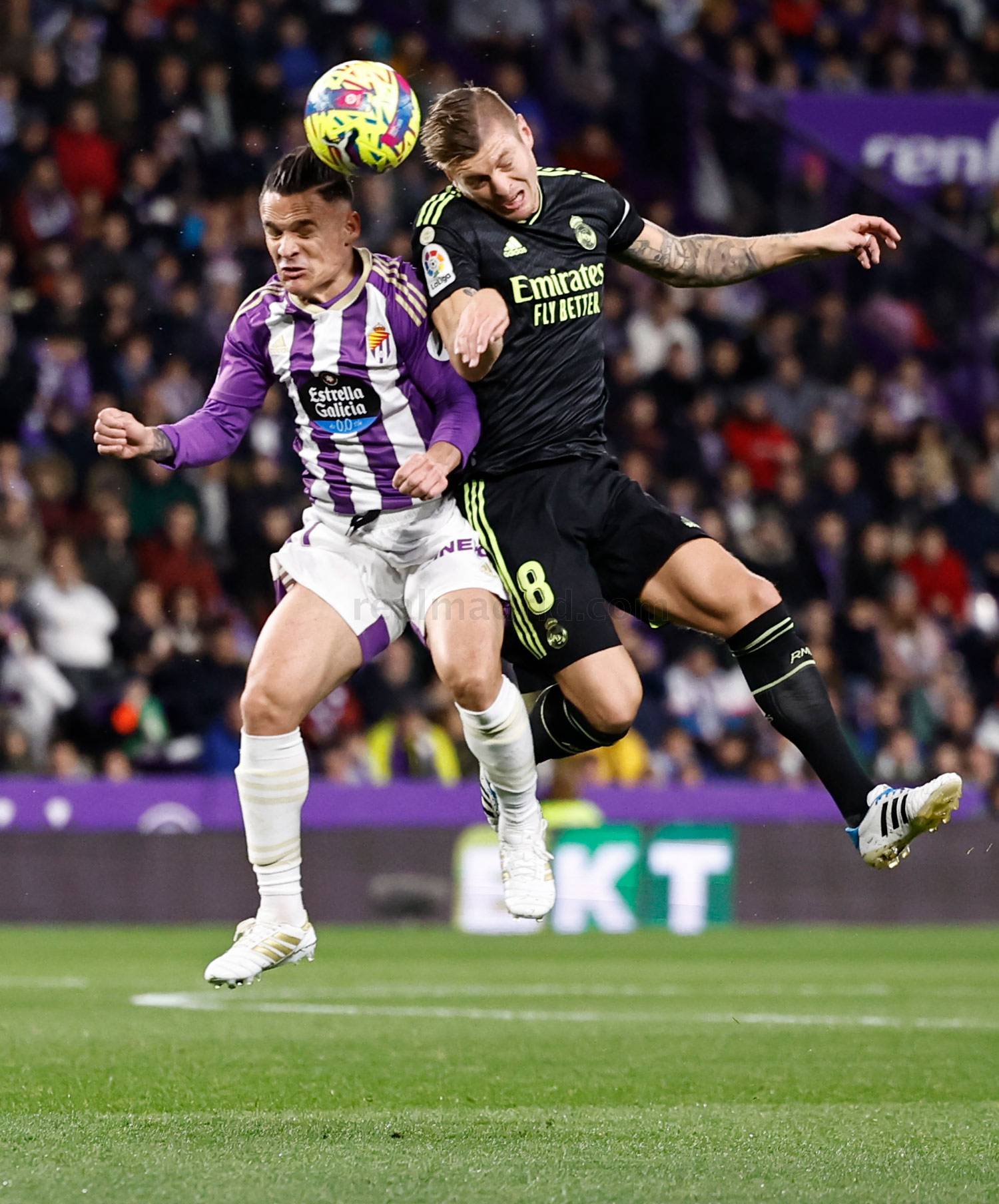 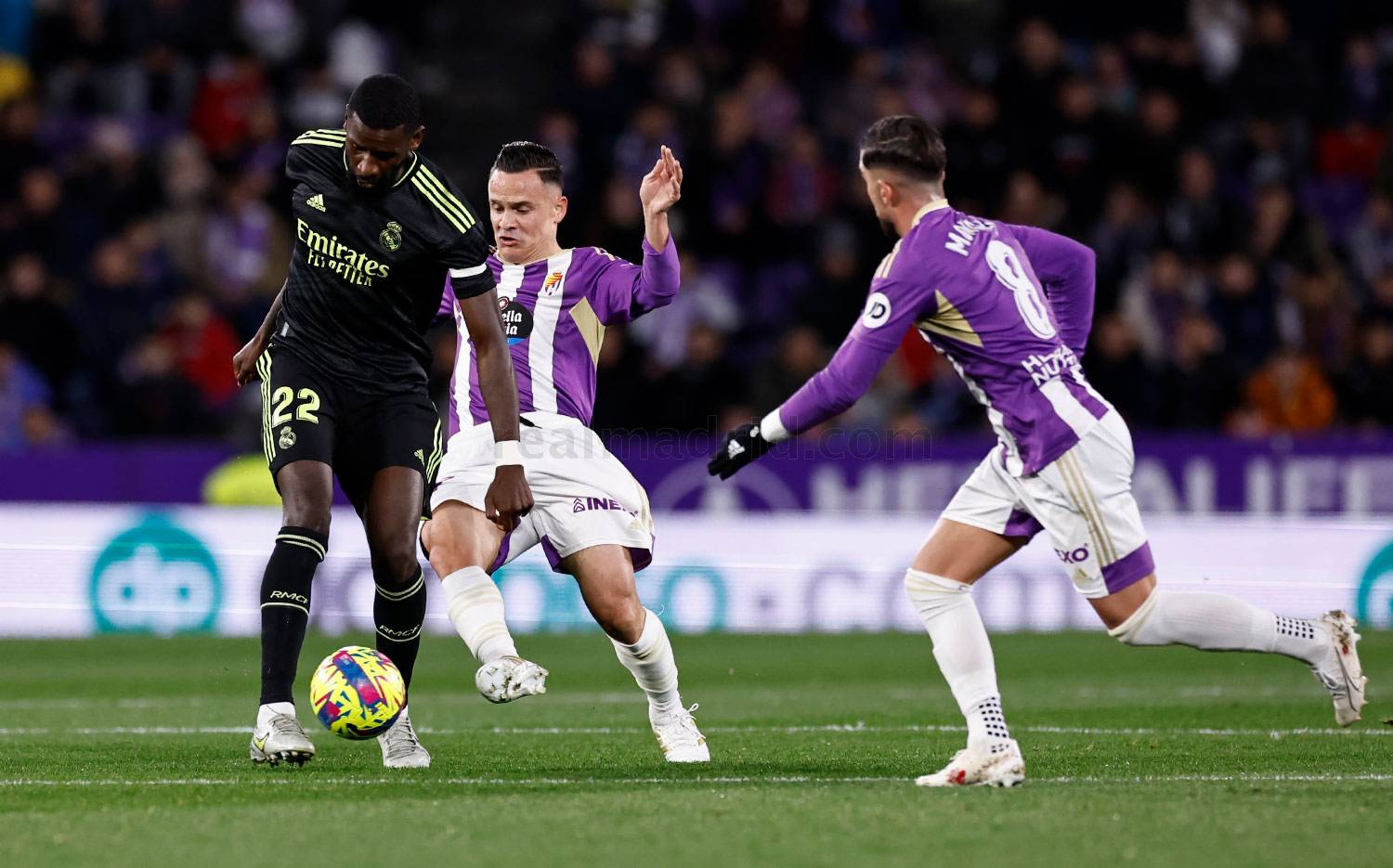 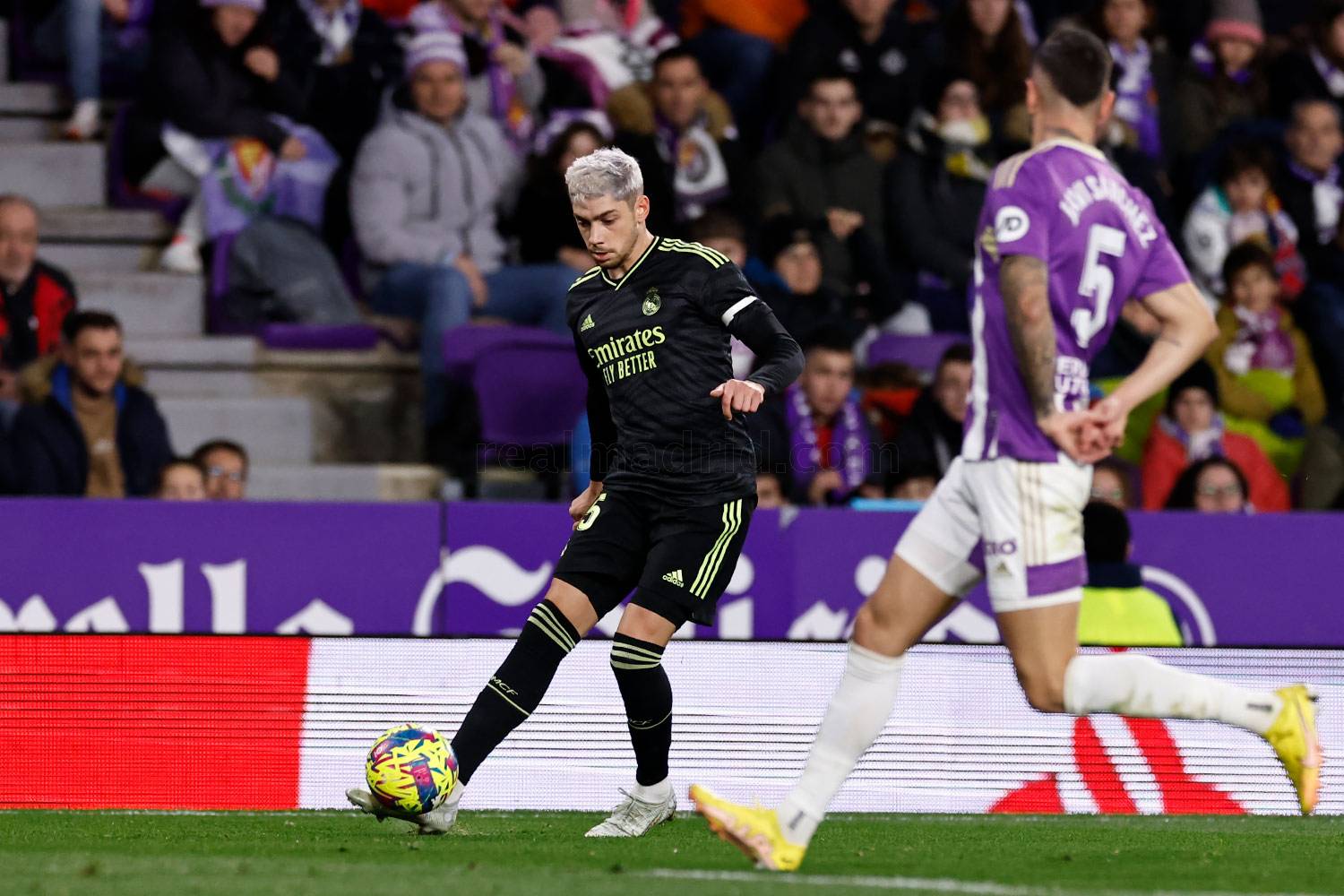 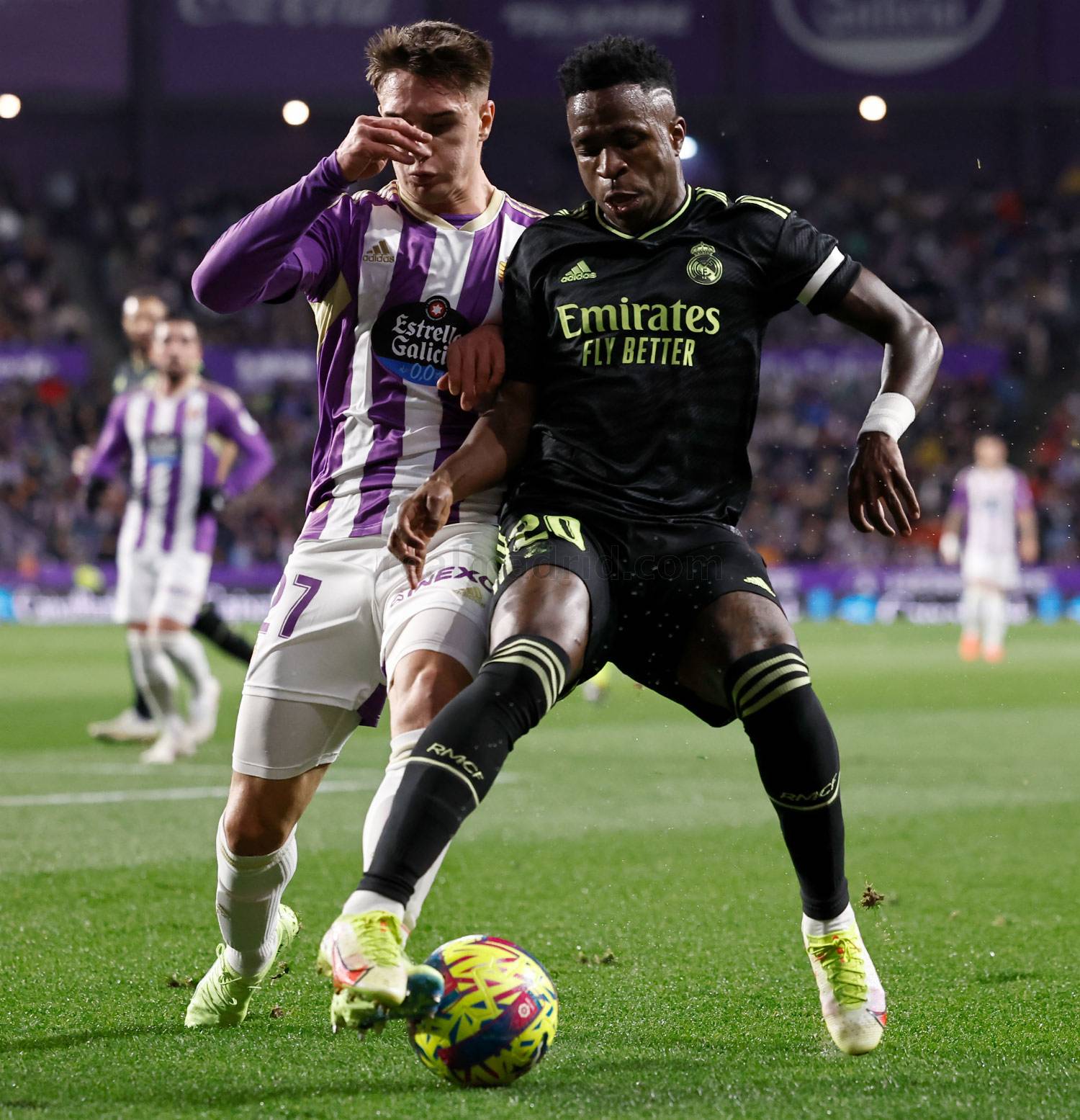