They beat Barcelona at the Santiago Bernabéu with goals for Benzema, Valverde and Rodrygo.

Real Madrid move to the top of the LaLiga table after the Clásico win at the Santiago Bernabéu. Our side defeated Barcelona thanks to goals from Benzema, Valverde and Rodrygo, and extended their unbeaten run this season to 14 game. Ancelotti's men are the only unbeaten side in the league.

The Clásico kicked off with both teams looking to control possession and it was Barcelona who fired the first warning shot with 5 minutes gone through a long-range effort from Raphinha. Real Madrid hit back soon after after Mendy made a run down the left before playing in Vini Jr. whose shot narrowly missed the target. The Whites were comfortable and took the lead in the 12th minute. A swift counter-attack initiated by Kroos with a great pass to Vini Jr., and the Brazilian cut inside the area but his shot was blocked by Ter Stegen, before Benzema picked up the rebound and made it 1-0.

Valverde doubled the lead
The tempo dropped as the minutes ticked by and Barça created the occasional chance. The best chance came in the 25th minute when Lewandowski shot over at the back post after a cross from Raphinha. Ancelotti's men injected more pace into the game and Valverde doubled the lead on the half-hour mark. A team goal involving Vini Jr, Tchouameni, Mendy and the Uruguayan, who struck a right-footed shot just inside the post from the edge of the area, leaving Ter Stegen with no chance.

The script remained the same following the restart, as Real Madrid enjoyed two fine chances to extend their lead to 3-0. First, Kroos fired over the crossbar, before Benzema had the ball in the back of the net with the very next move, a gorgeous curling effort which was ultimately ruled out by VAR for offside against the Frenchman (52nd minute). Ancelotti’s team had the azulgranas pinned back now and with 70 minutes on the clock, Benzema shot high after a nice piece of link-up play between Modrić and Valverde.

Barcelona get one back
As the game moved into the closing stages, Barcelona pushed up in search of a goal. Ansu Fati tried his luck from outside the box but his strike flew over, before Ferran Torres did cut the deficit on 84' (2-1). In the 90th minute, Eric García brought down Rodrygo in the box and VAR beckoned the referee to the monitor, where he pointed to the spot. The Brazilian forward, who had replaced Vini Jr., converted from the spot to make it 3-1 at the end. 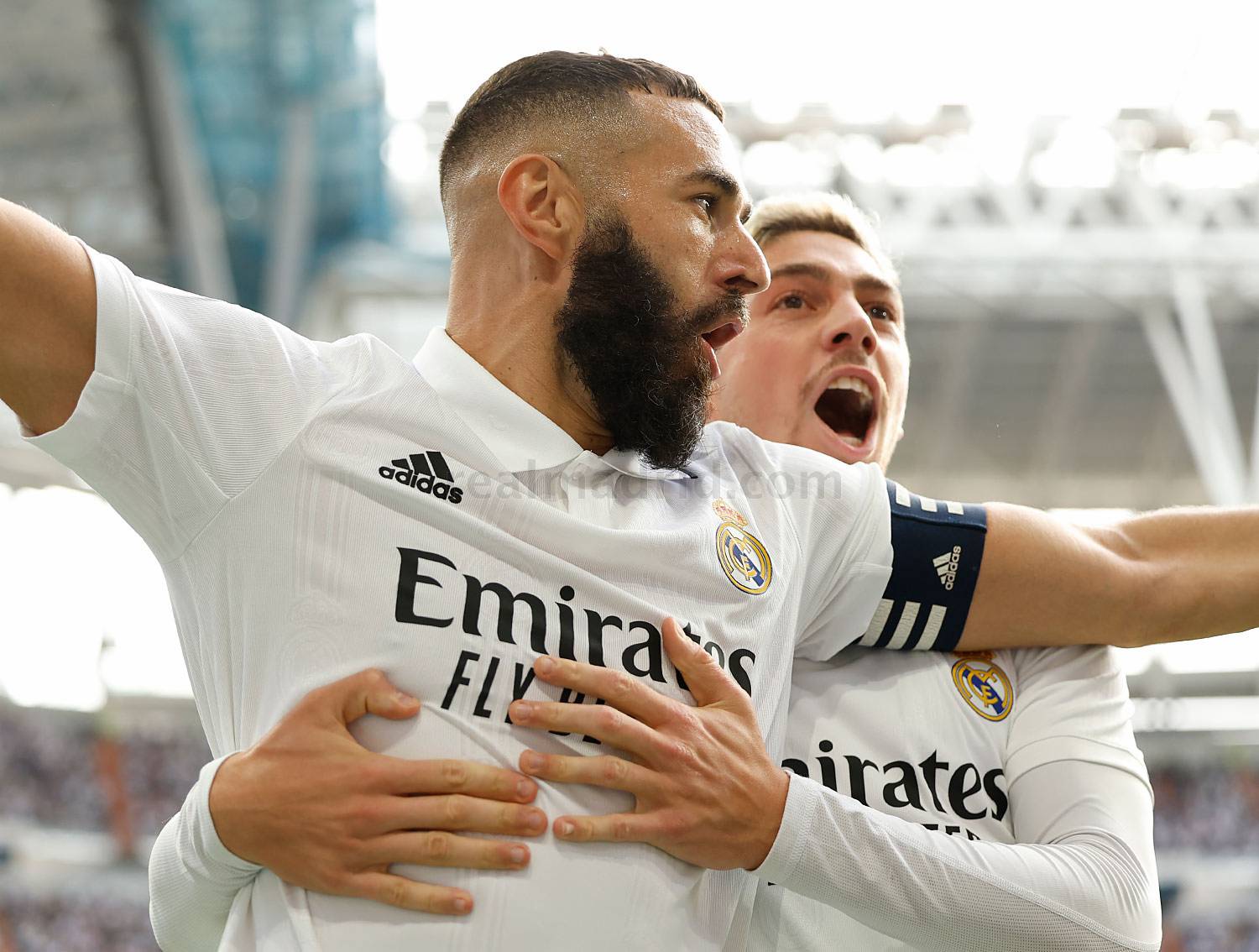 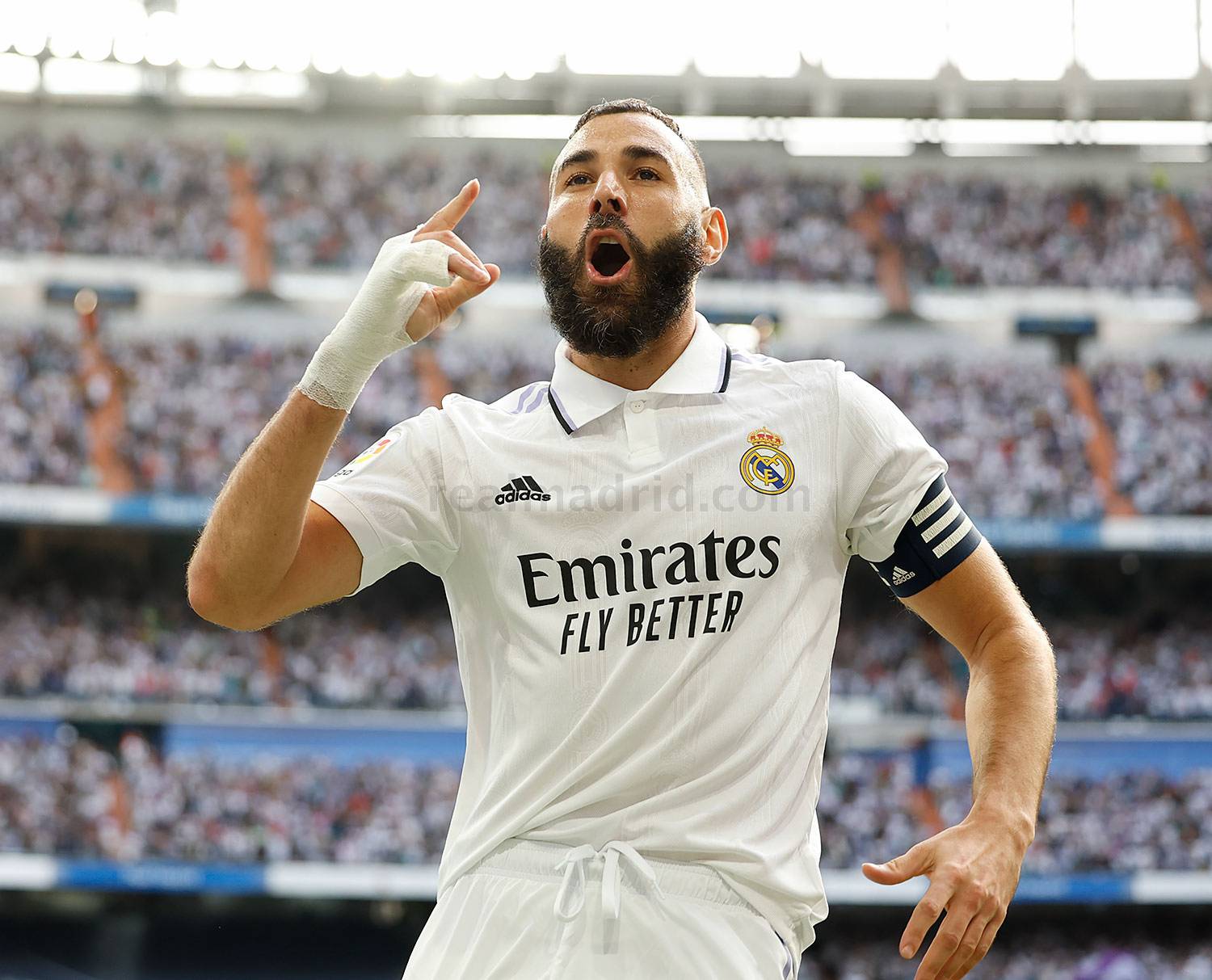 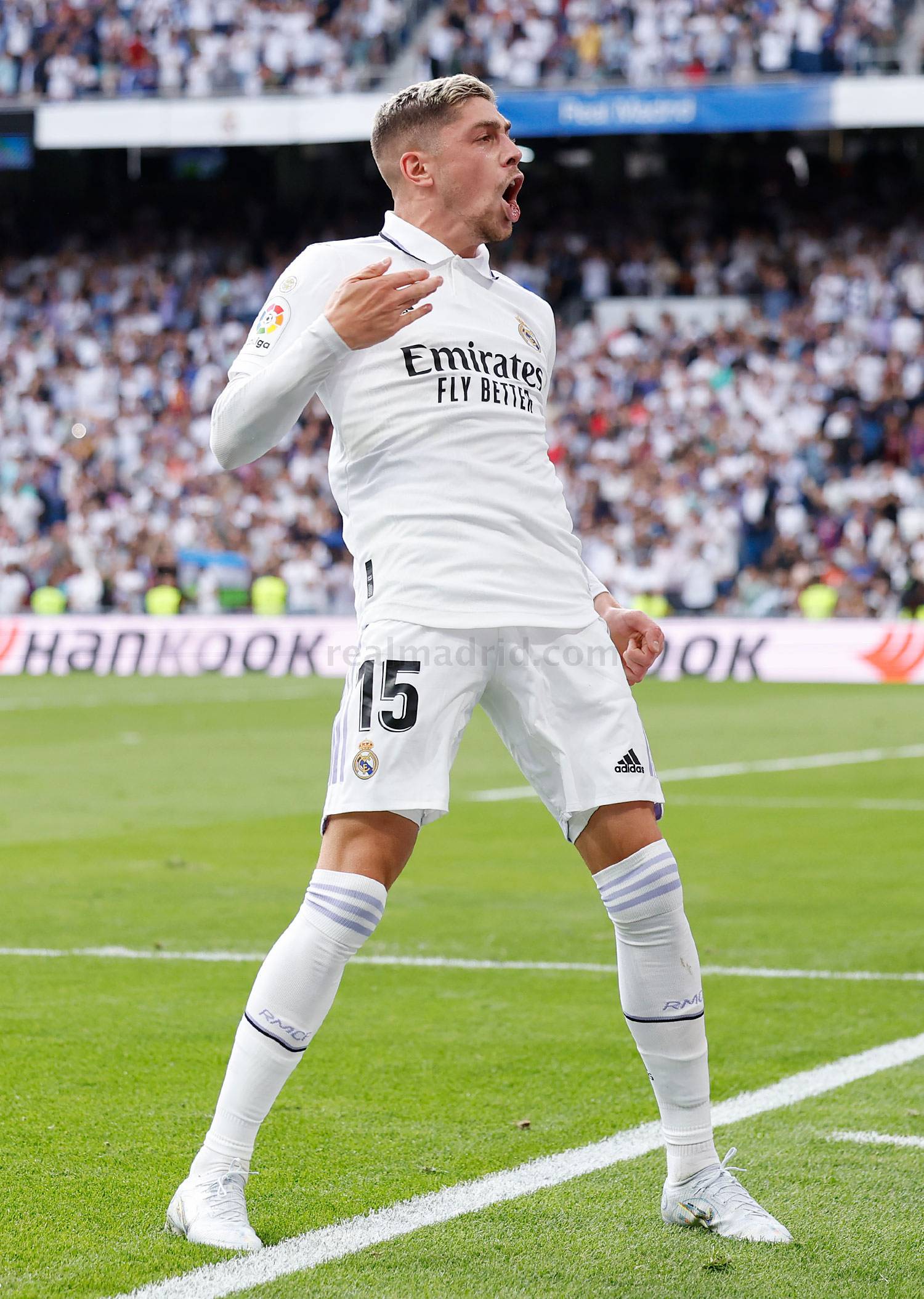 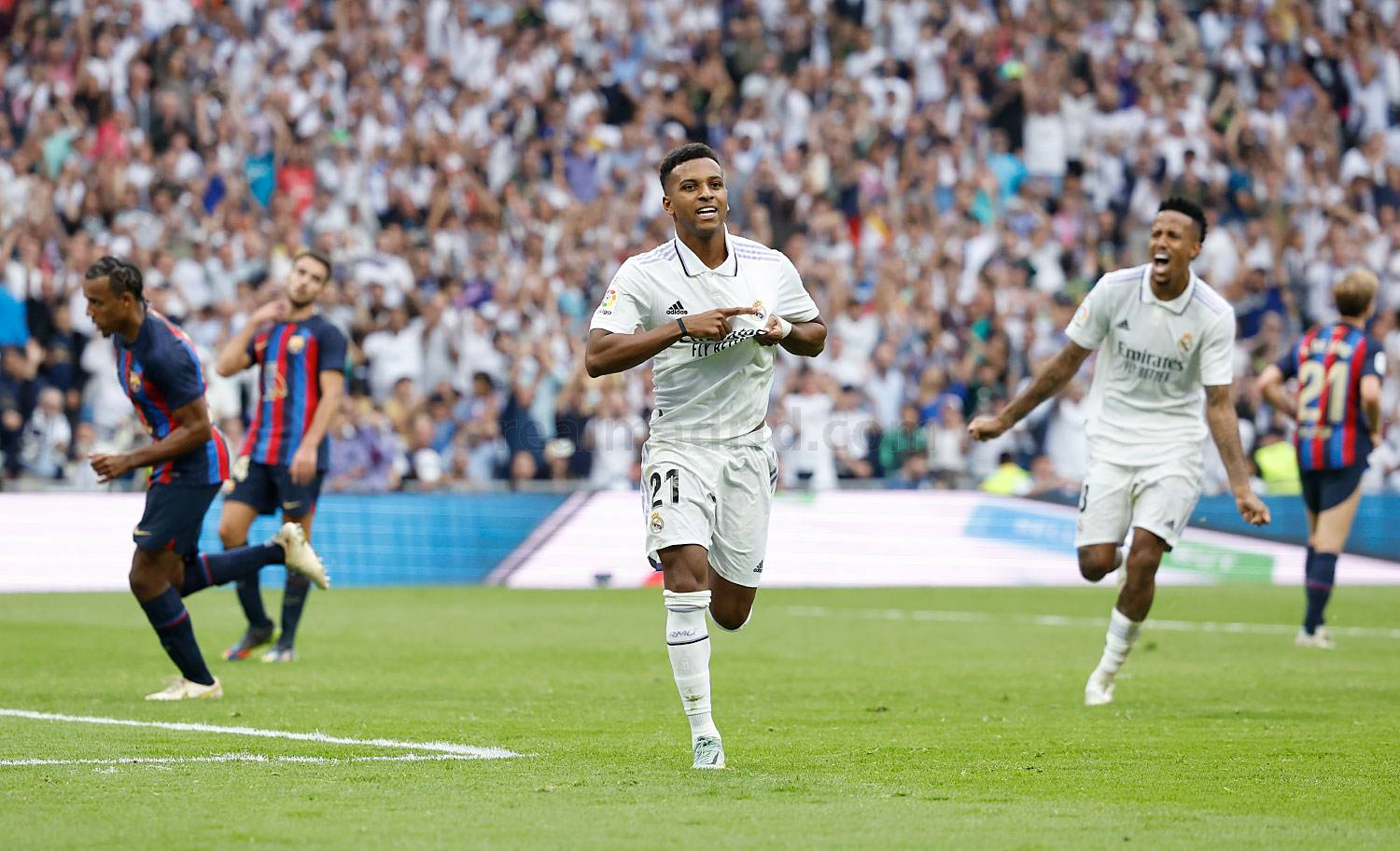 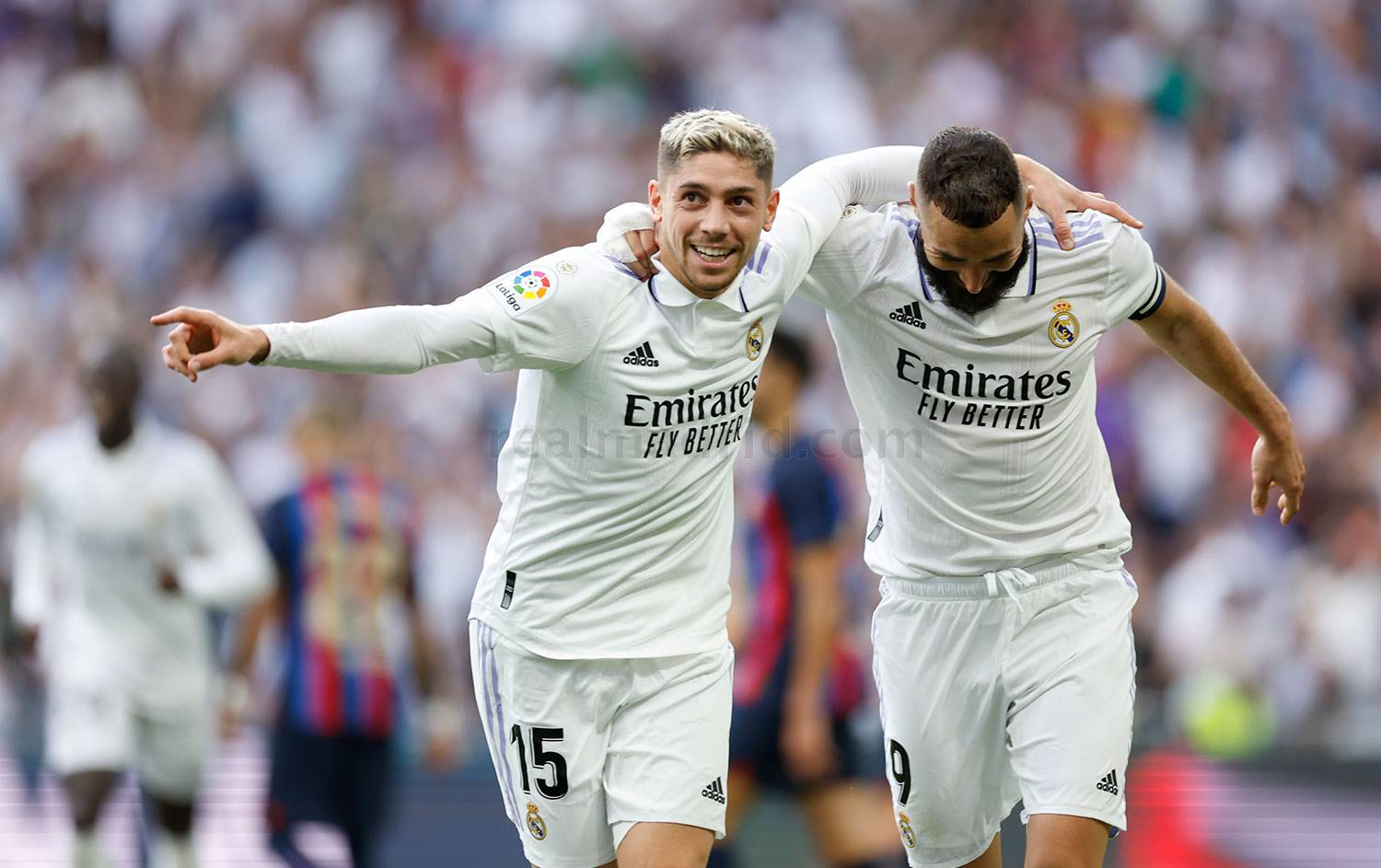 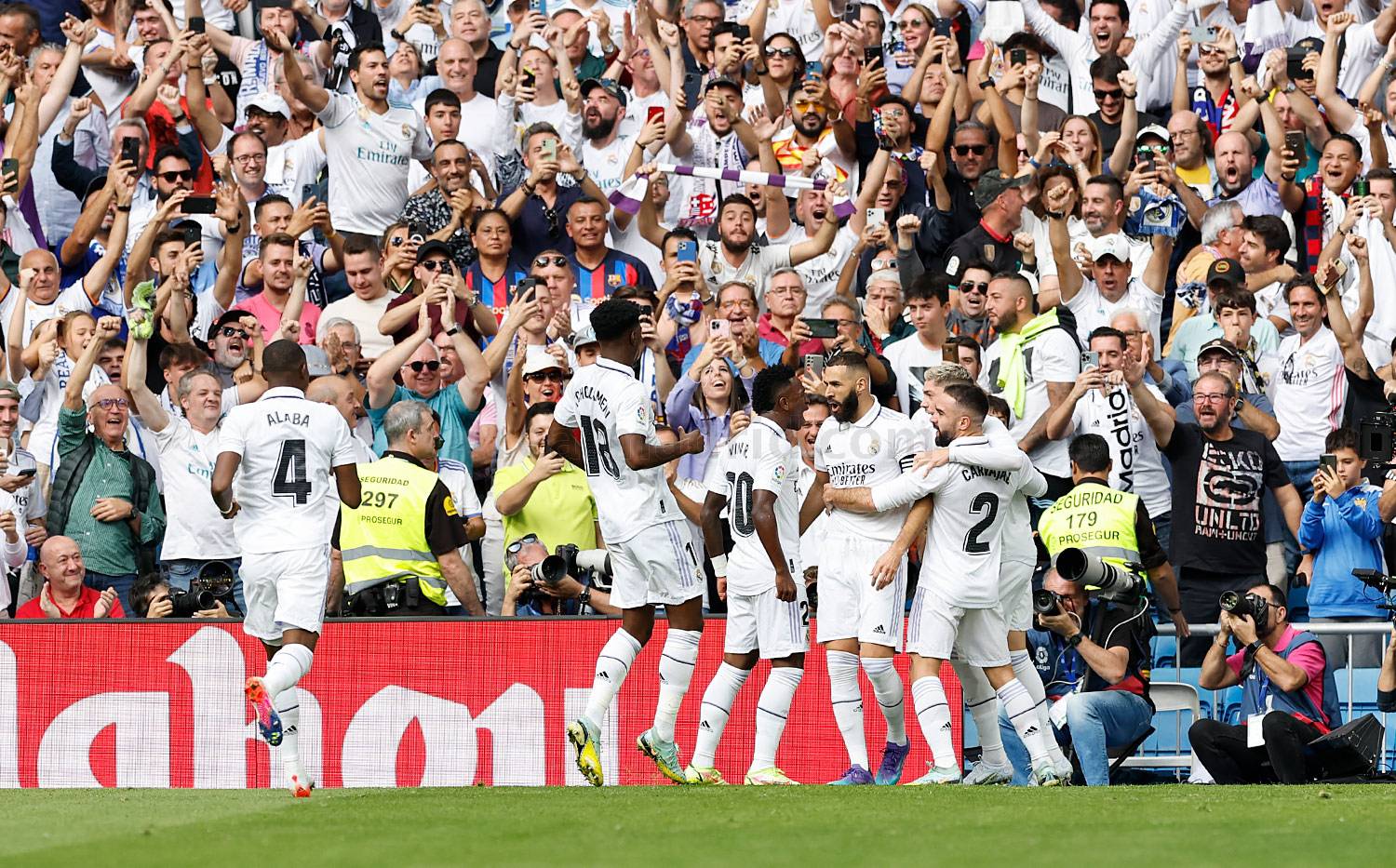 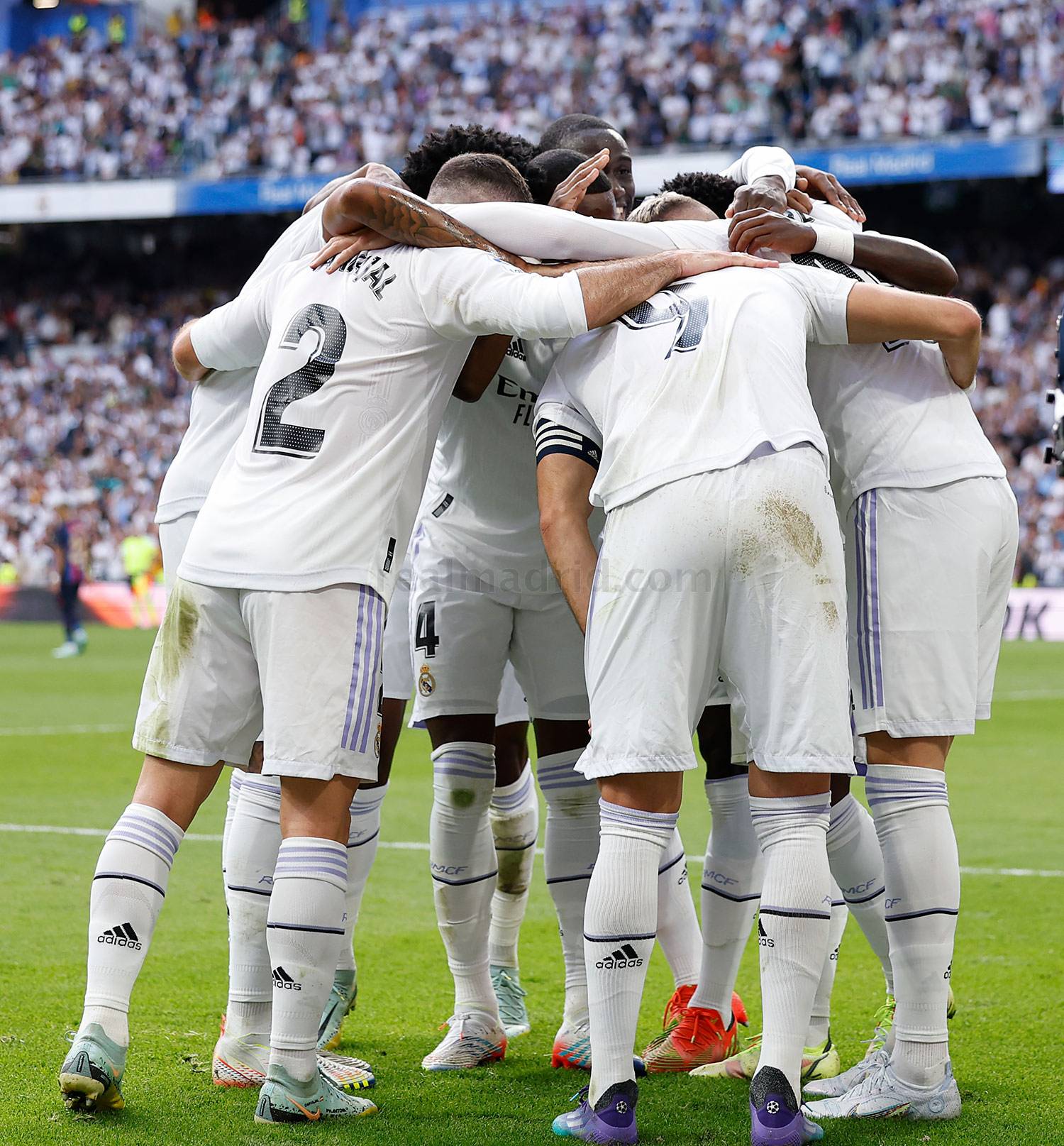 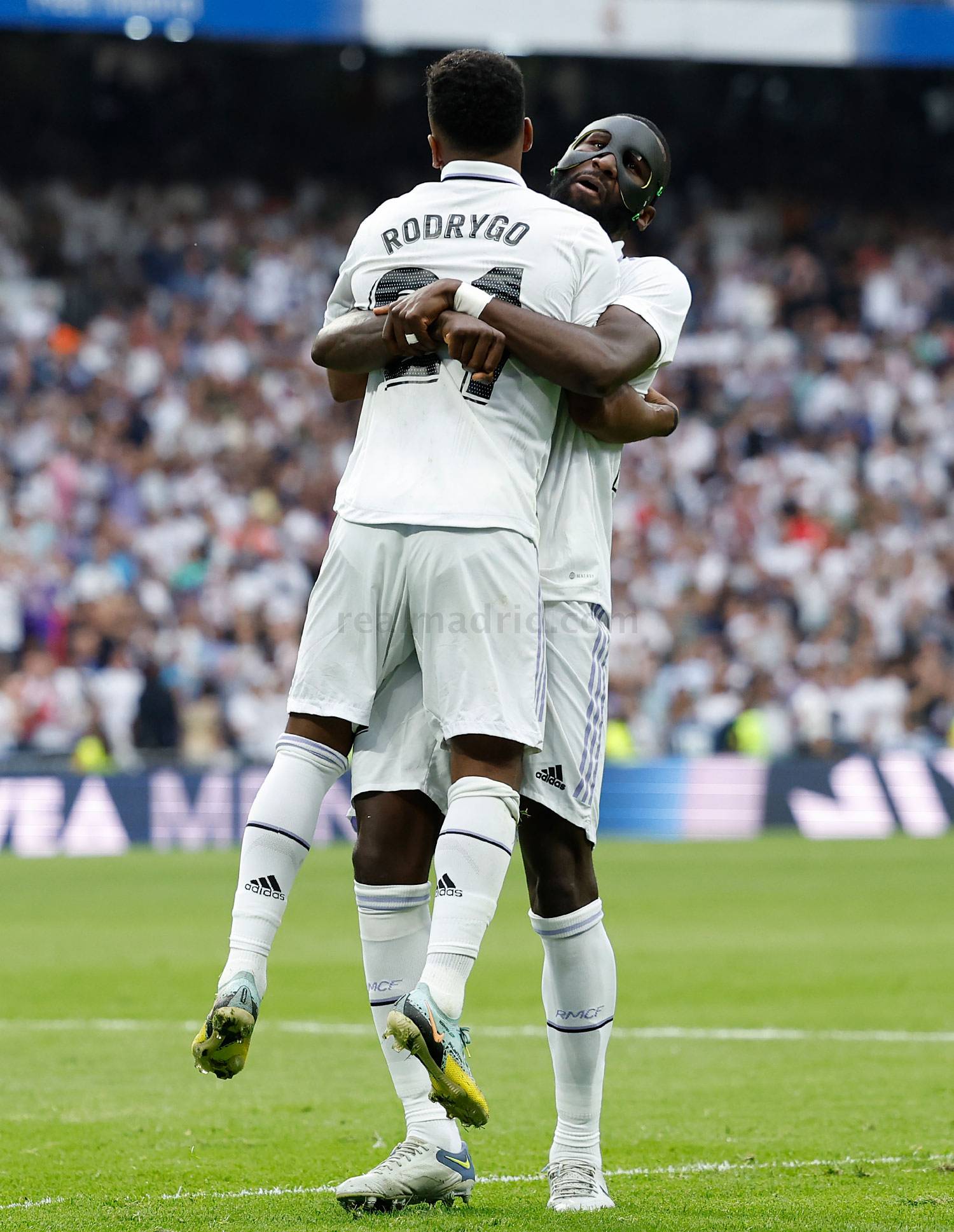 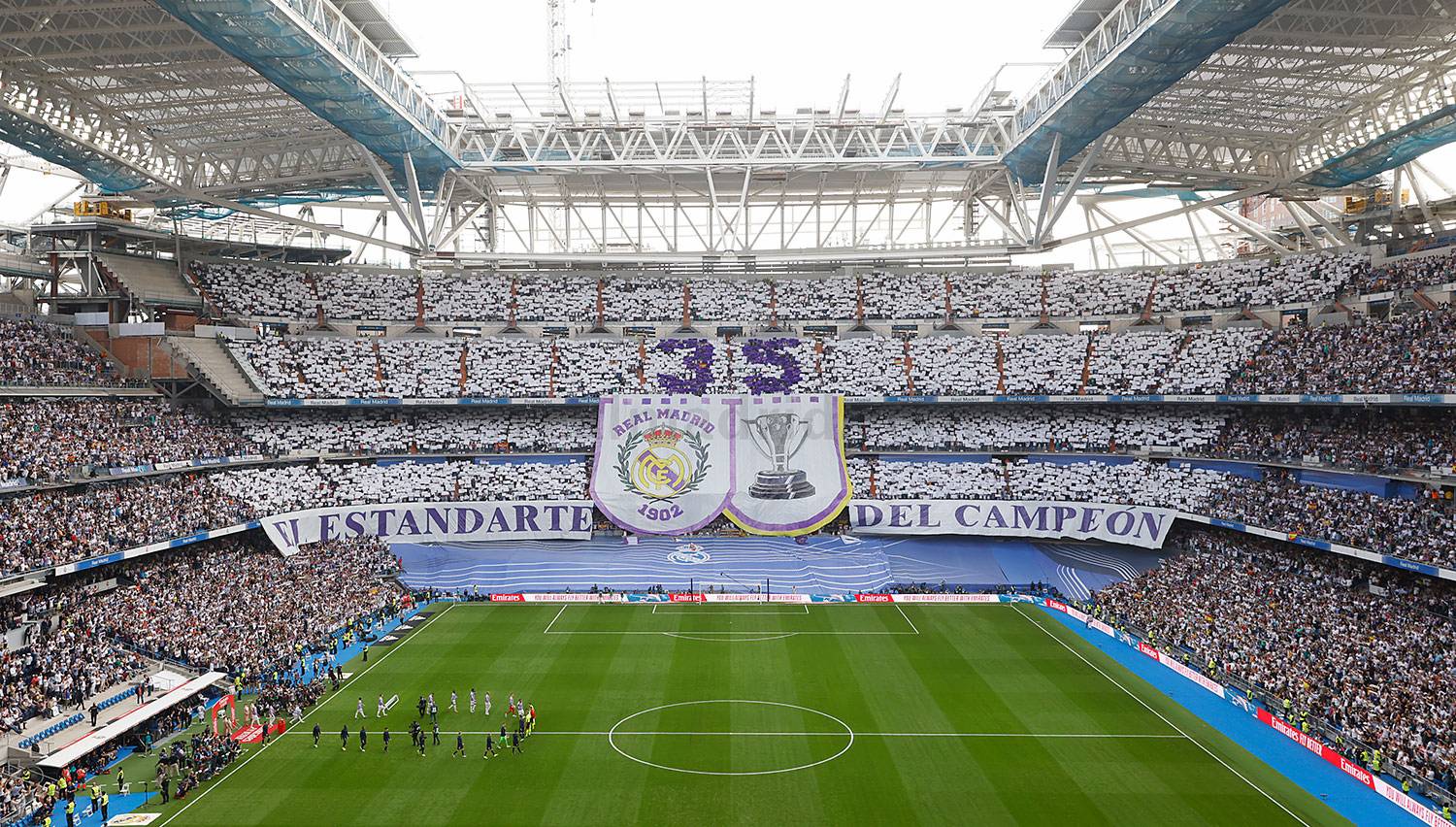 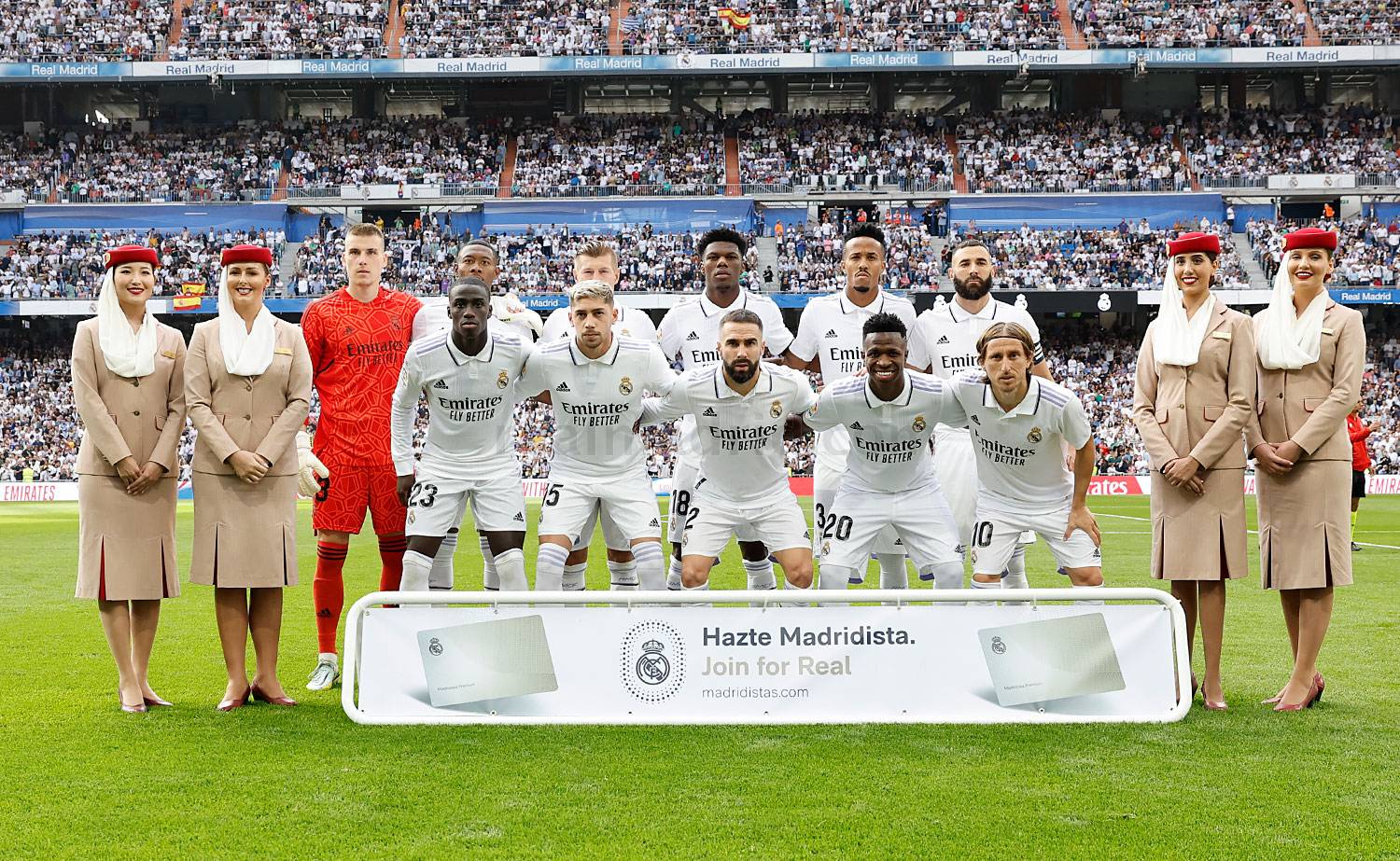 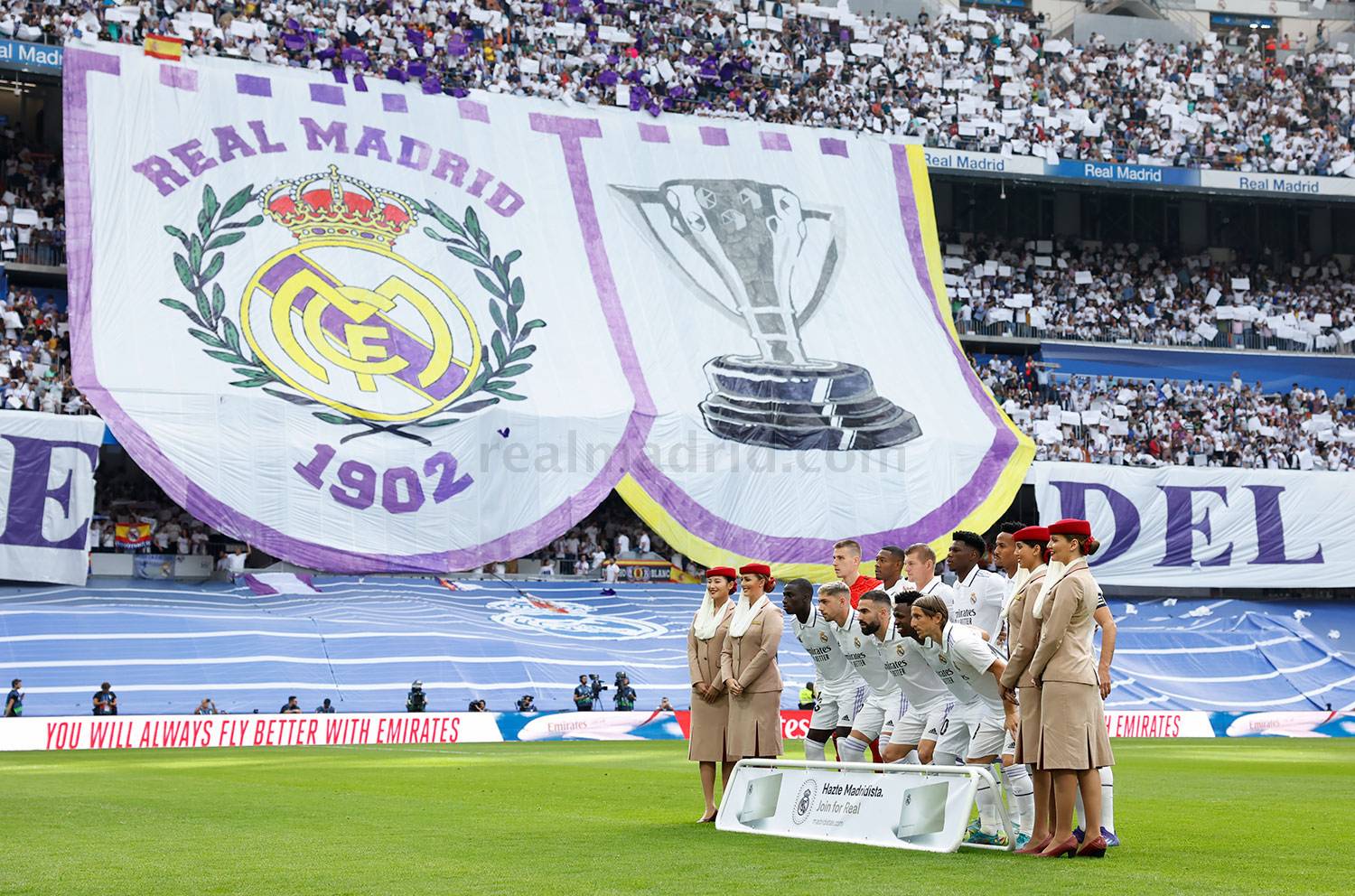 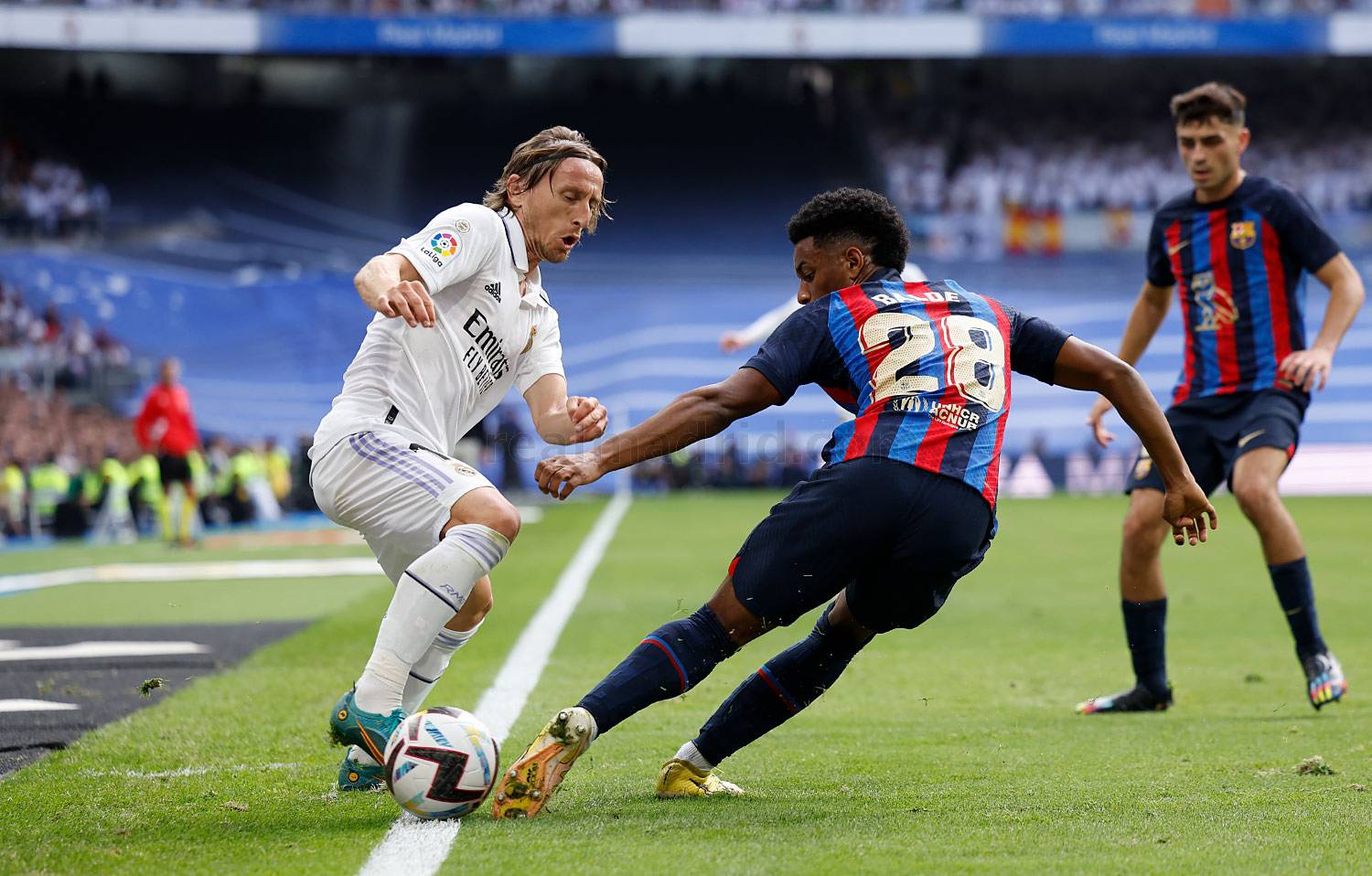 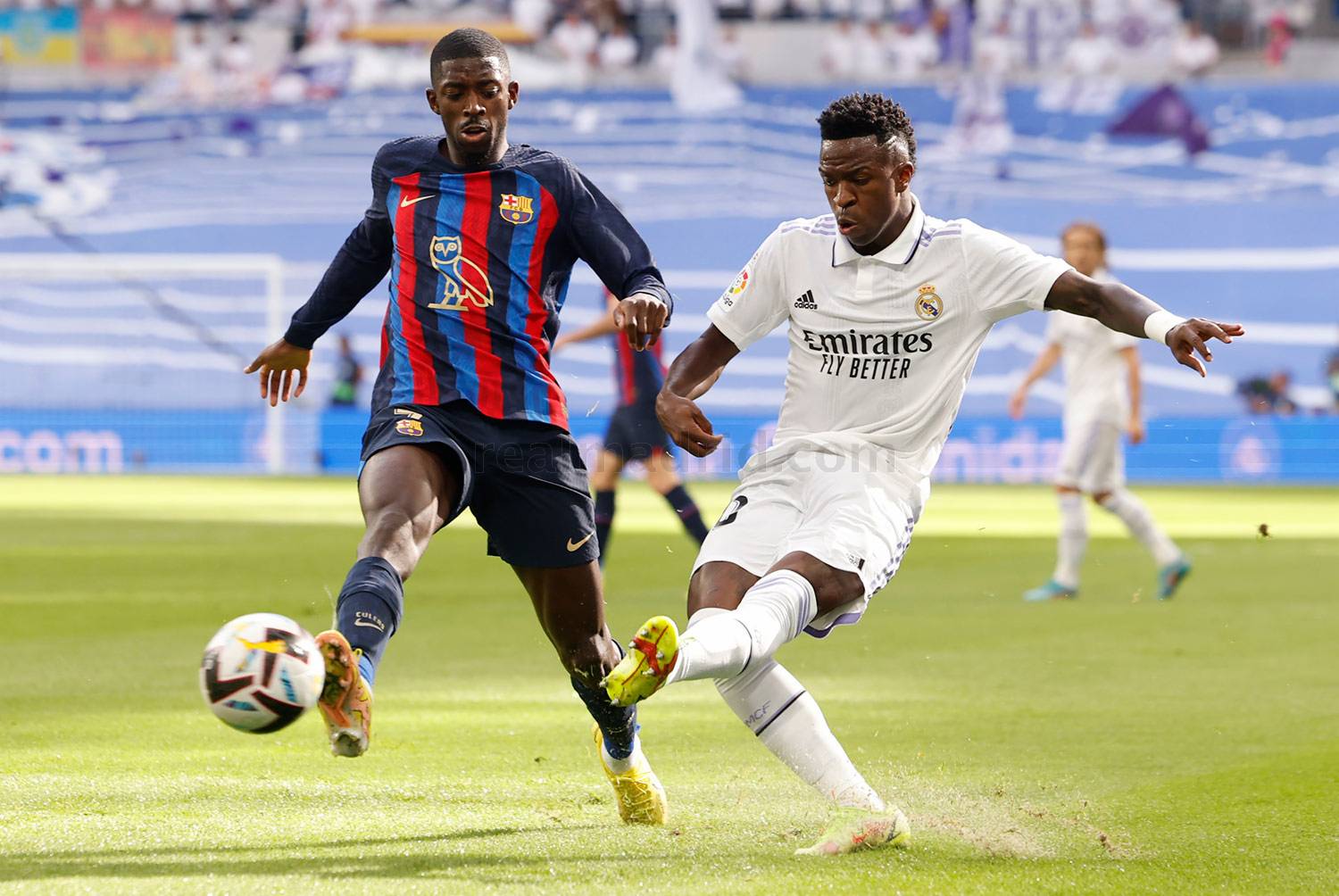 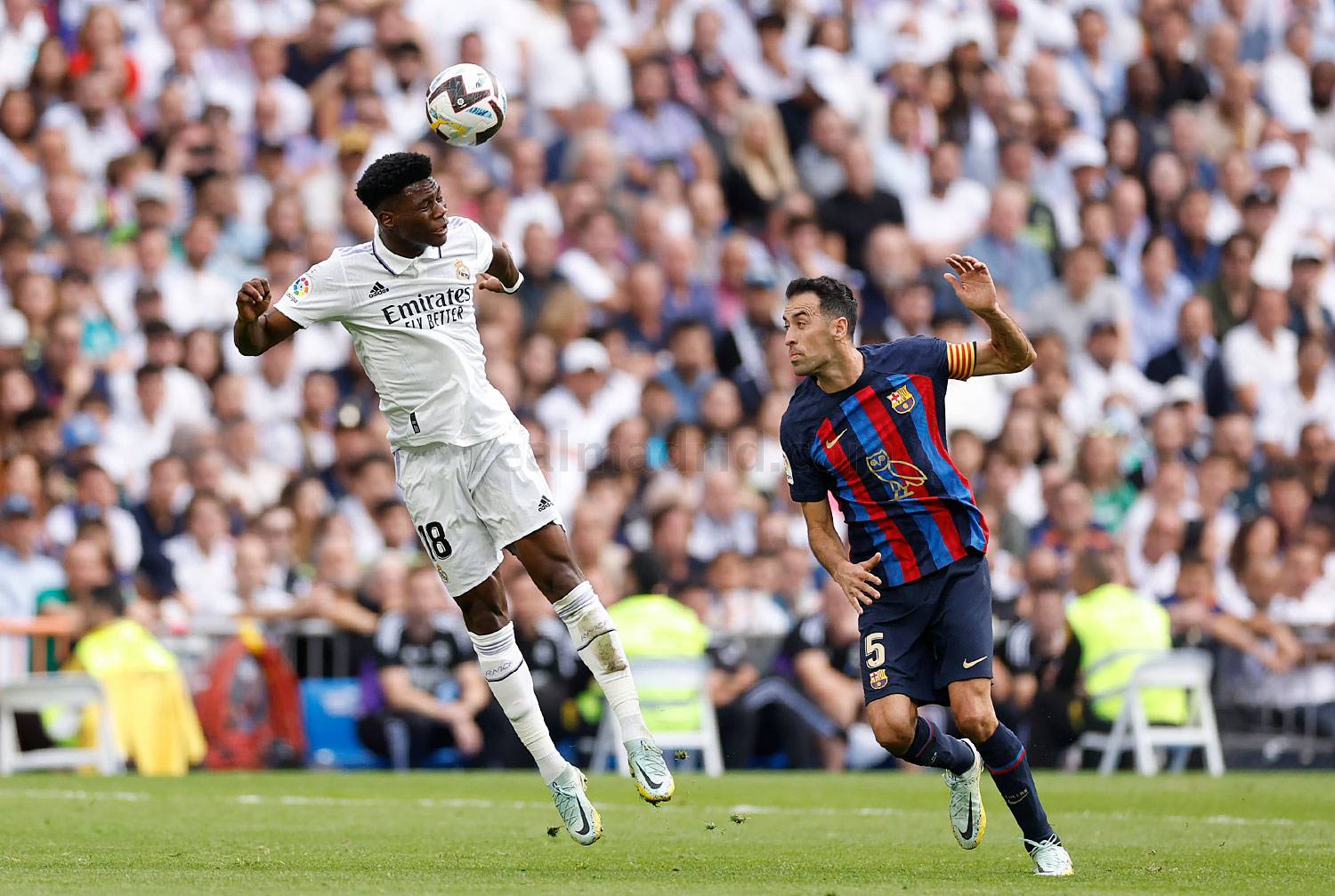 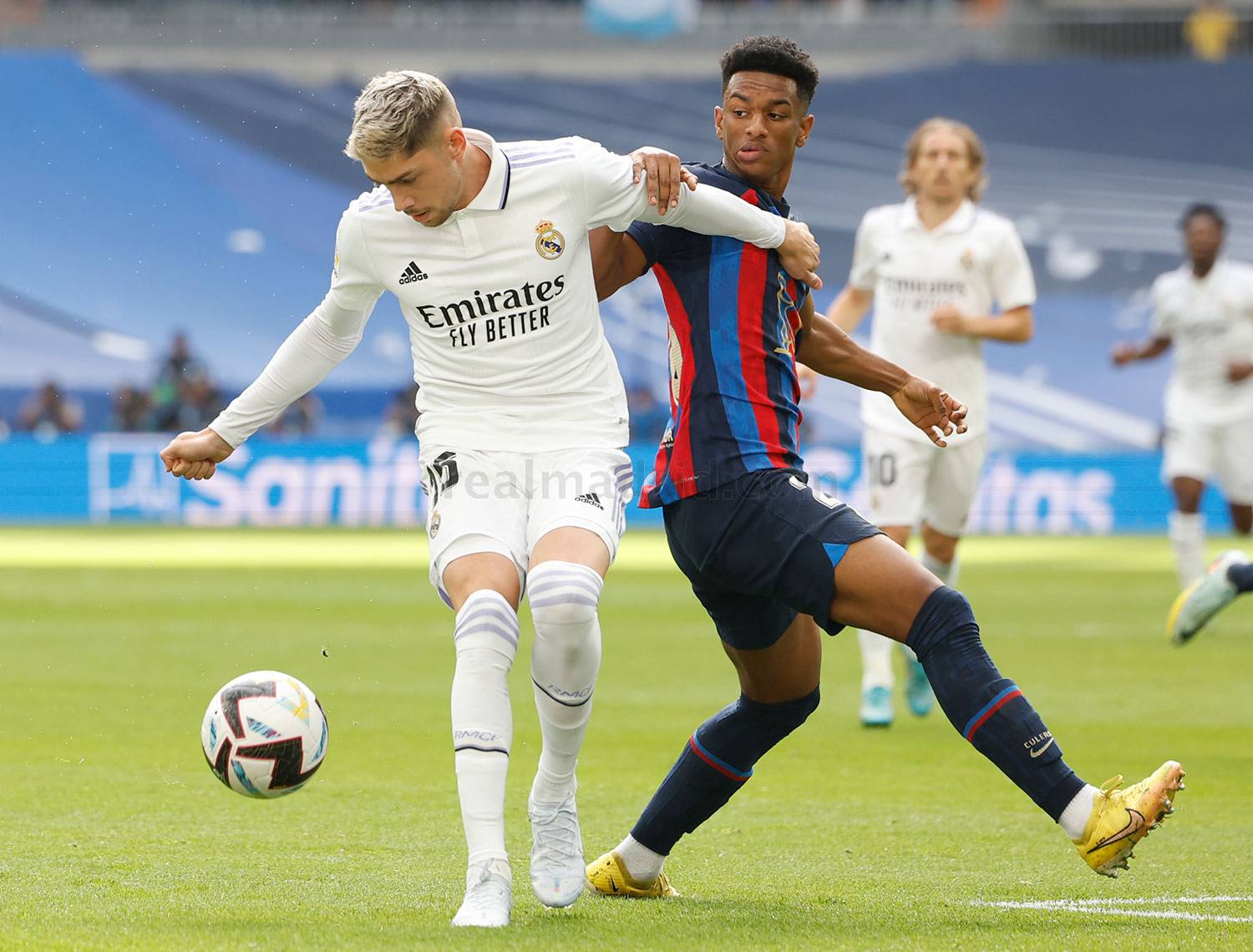 Kroos made his 250th LaLiga appearance.

The German midfielder played his 250th LaLiga game for Real Madrid in the Clásico at the Santiago Bernabeu. During his time with Real Madrid, Kroos has won 164, drawn 50 and lost 36 games in the competition.