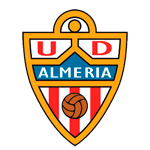 Almería hit the front in the first half, but efforts from Lucas Vázquez and a delightful free-kick strike from the Austrian handed Madrid the first three points of the LaLiga campaign.

The reigning LaLiga champions began the defence of their title by coming from behind to beat Almería. Lucas Vázquez's goal and a gorgeous David Alaba free-kick were enough to overturn a 1-0 deficit and seal all three points for Ancelotti's boys in the opener. It would be an uphill task from early on, after Ramazani beat Thibaut Courtois in a one-on-one with just six minutes gone. From then on, the chances began to flow for Madrid, the first coming on 10’ when Vini Jr. crossed from the left and Karim Benzema shot over from inside the six-yard box. Six minutes later, Fede Valverde's fierce drive from the edge of the area was well repelled by the fists of Fernando.

Our team continued to look dangerous in and around the opposition box and there was chaos when Toni Kroos whipped in a corner with 20 minutes gone but Benzema's effort was blocked by Babic. The same duo were at it again eight minutes later, Kroos floating in an inch-perfect cross which was met by a powerful Benzema header, but the hosts' inspired goalkeeper was on hand to keep the Frenchman at bay once again. Fernando's impressive performance continued as he saved his team on another couple of occasions, first when Vini Jr. raced in behind and second, by containing a Rüdiger header from Kroos' corner. On the stroke of half-time, Lucas Vázquez had the ball in the back of the net but saw his strike ruled out for off-side.

Madrid made a real statement of intent after the restart, with a Vini Jr. cross-shot on 47’ flying past Fernando, only to crash against the frame of the goal. Five minutes later, Benzema picked out Valverde with a cross and the Uruguayan’s effort was gathered in by the goalkeeper. It seemed as if it was only a matter of time before Madrid would level terms and Benzema again came close on 55’ after being teed up by a fine pass from Vini Jr., but Fernando was once again equal to a thumping left-footed shot by the Frenchman from inside the box.

The deserved equaliser duly materialised with an hour played. Vini Jr., heavily involved throughout, conjured up a delightful pass to himself inside the box to evade the attentions of two home defenders and Fernando parried the ball, but following a series of ricochets, Lucas Vázquez sent the ball into the back of the net with a left-footed finish. The contest was now all square and the reigning LaLiga champions had half an hour on the clock to secure the spoils and they did just that with a tremendous strike. David Alaba, who had only just entered the fray, unleashed a blockbuster of a left-footed strike from the edge of the area. The visitors had completed the comeback and saw out the rest of the game courtesy of some sound game management to claim the first three points of the campaign. 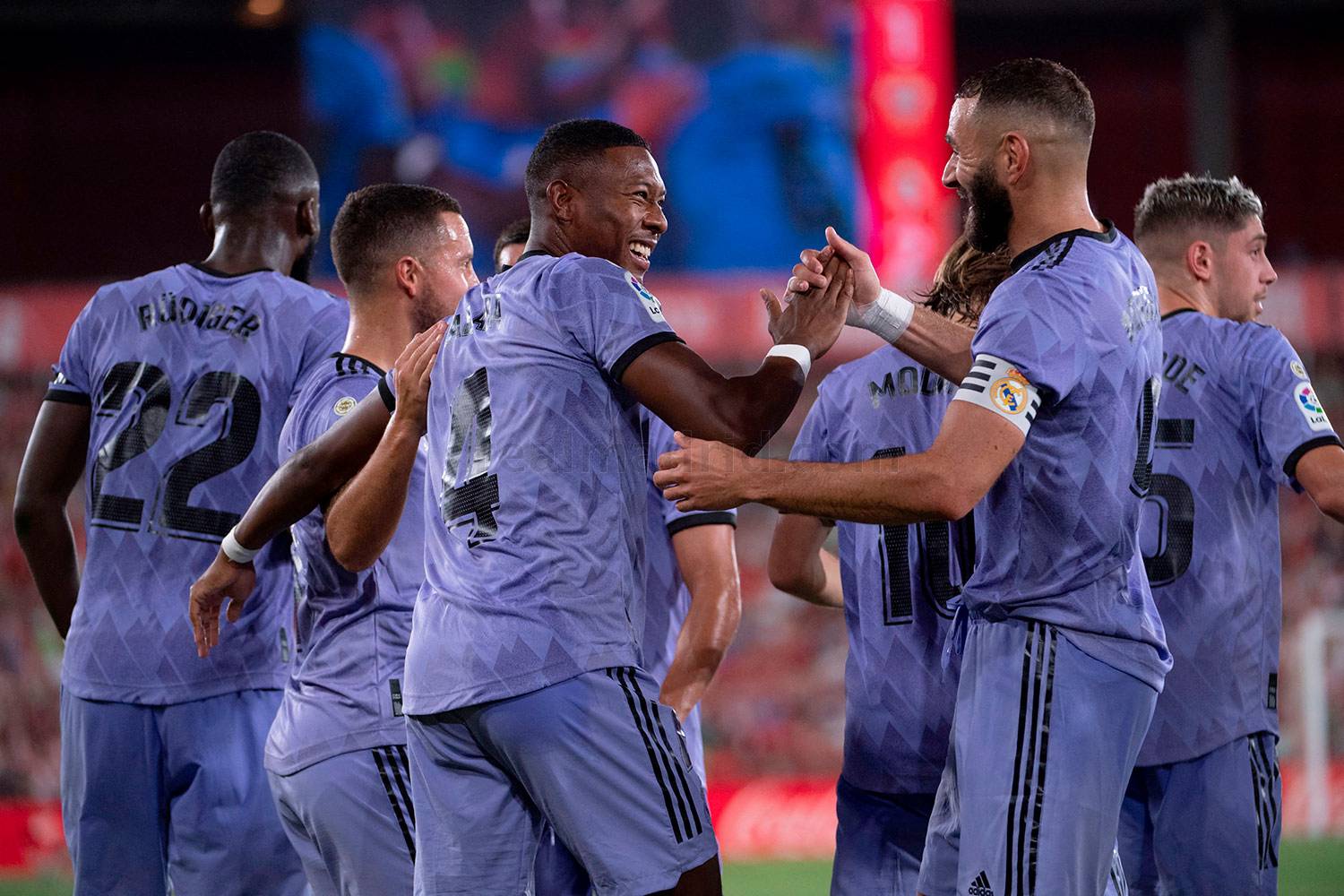 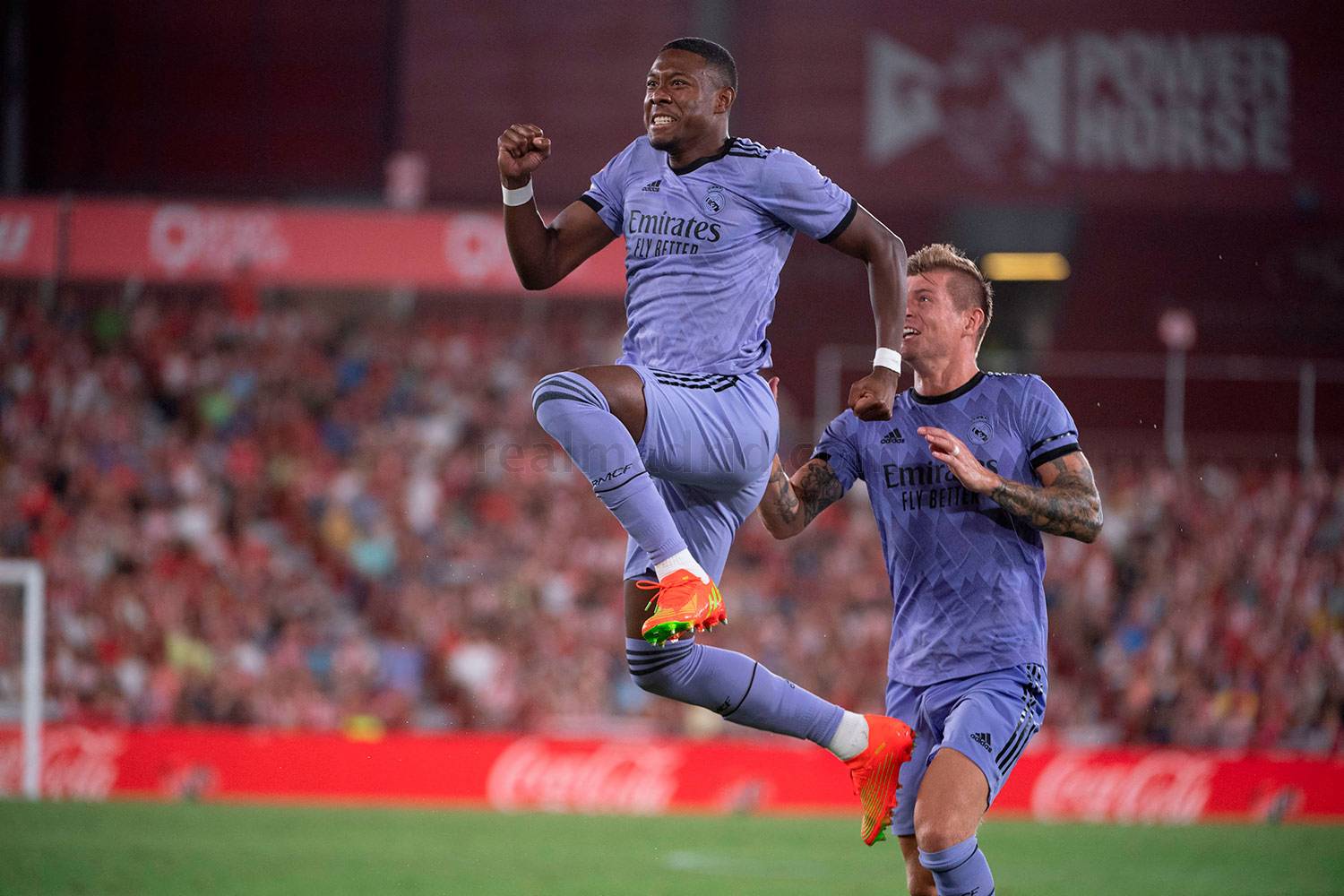 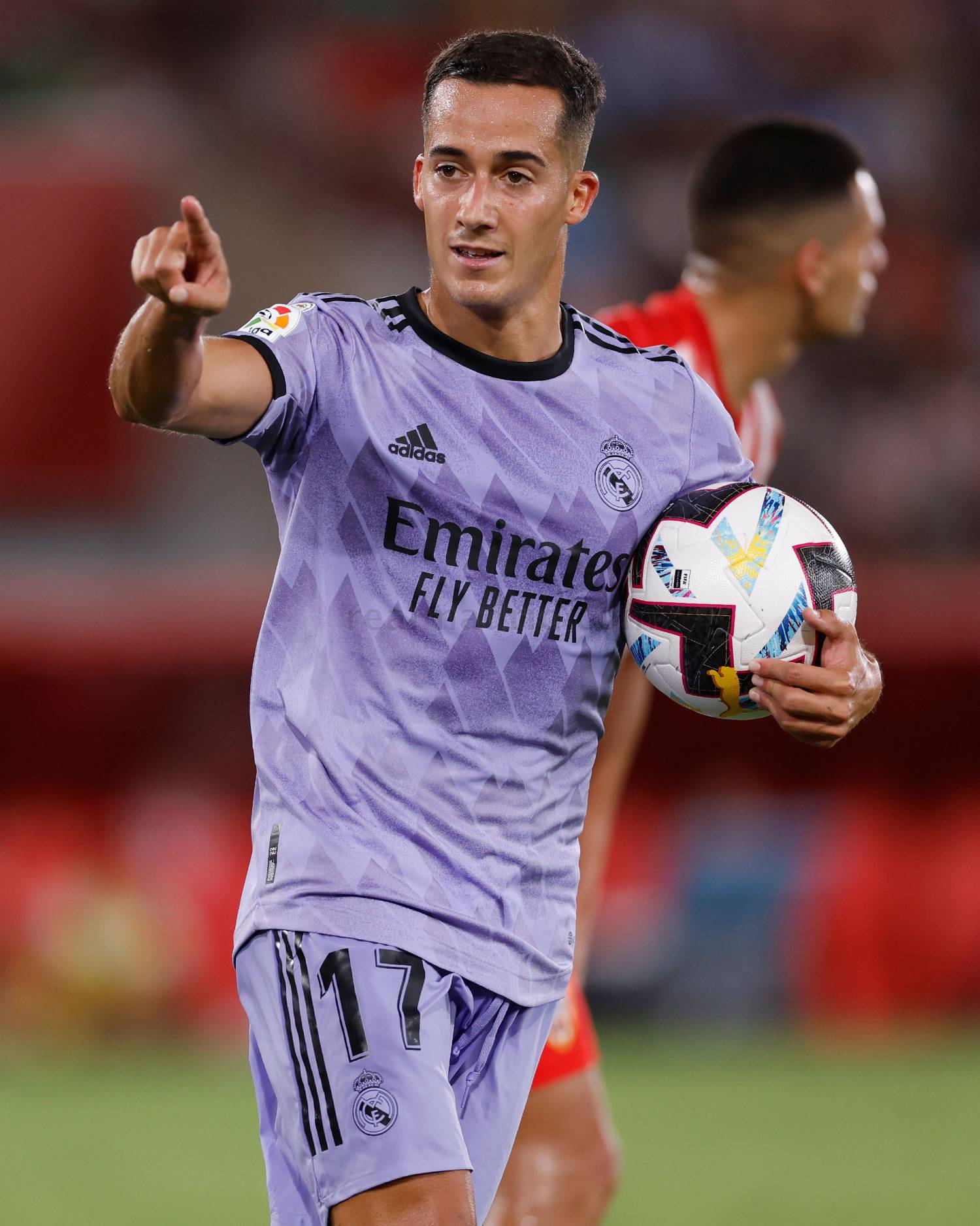 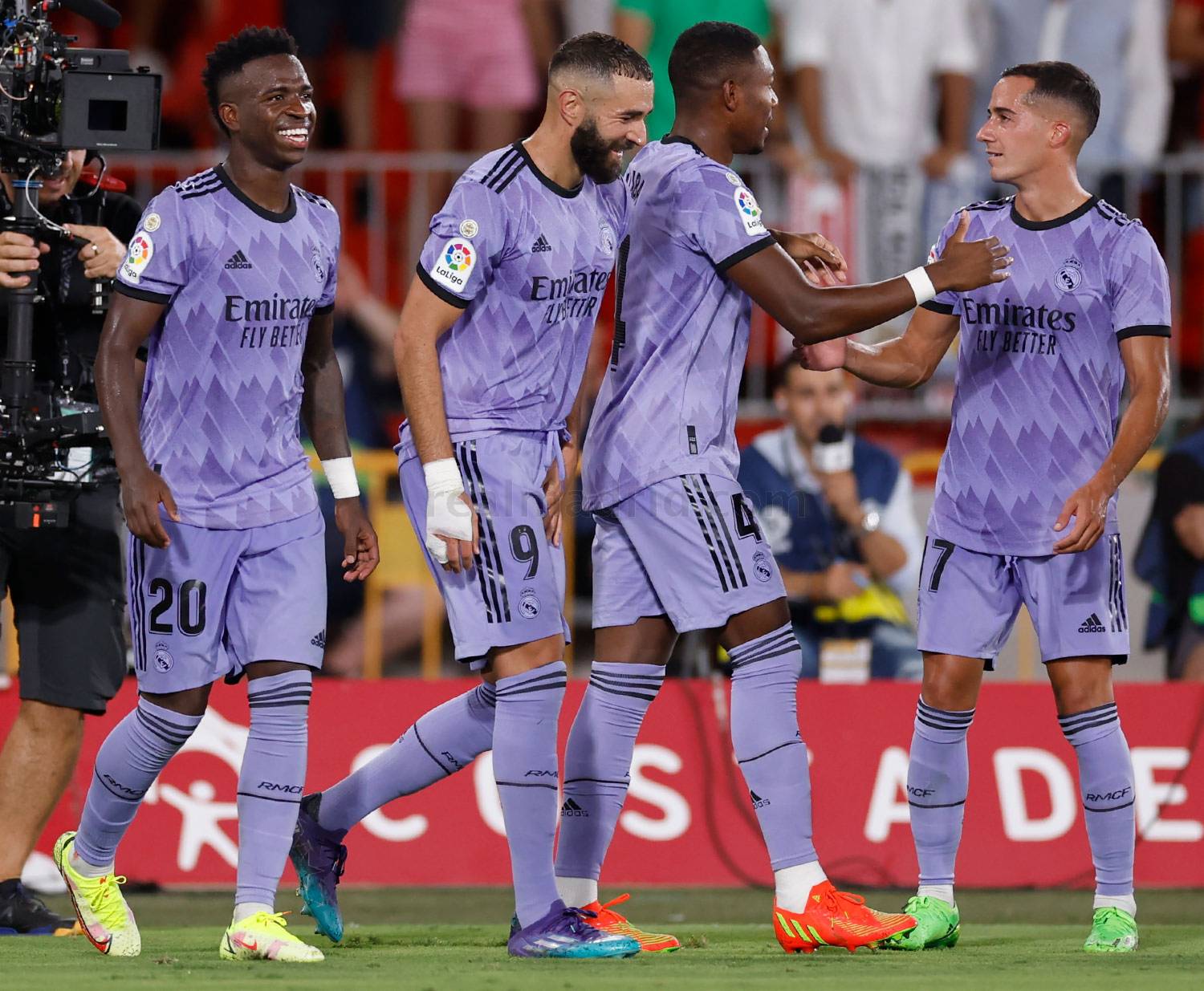 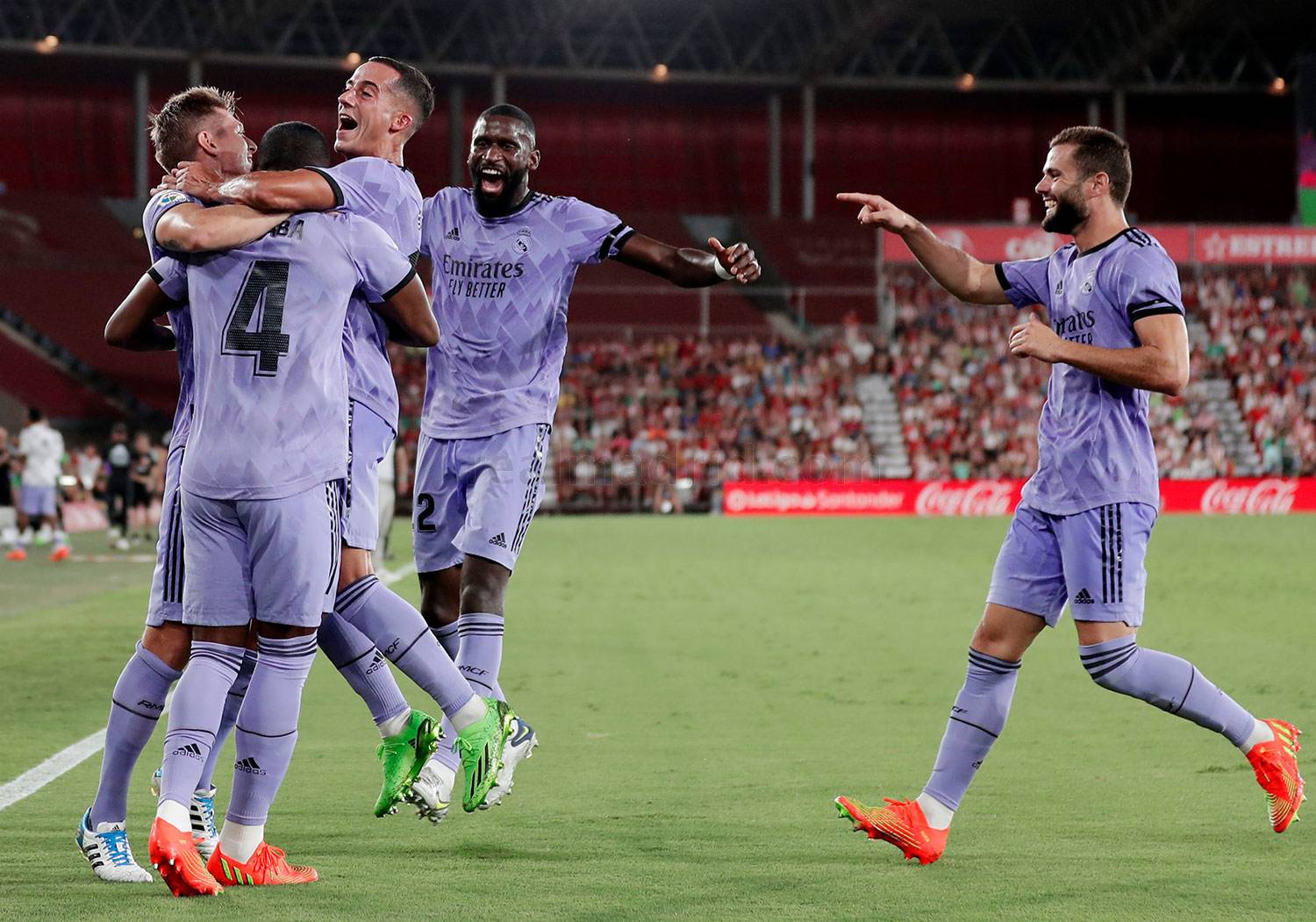 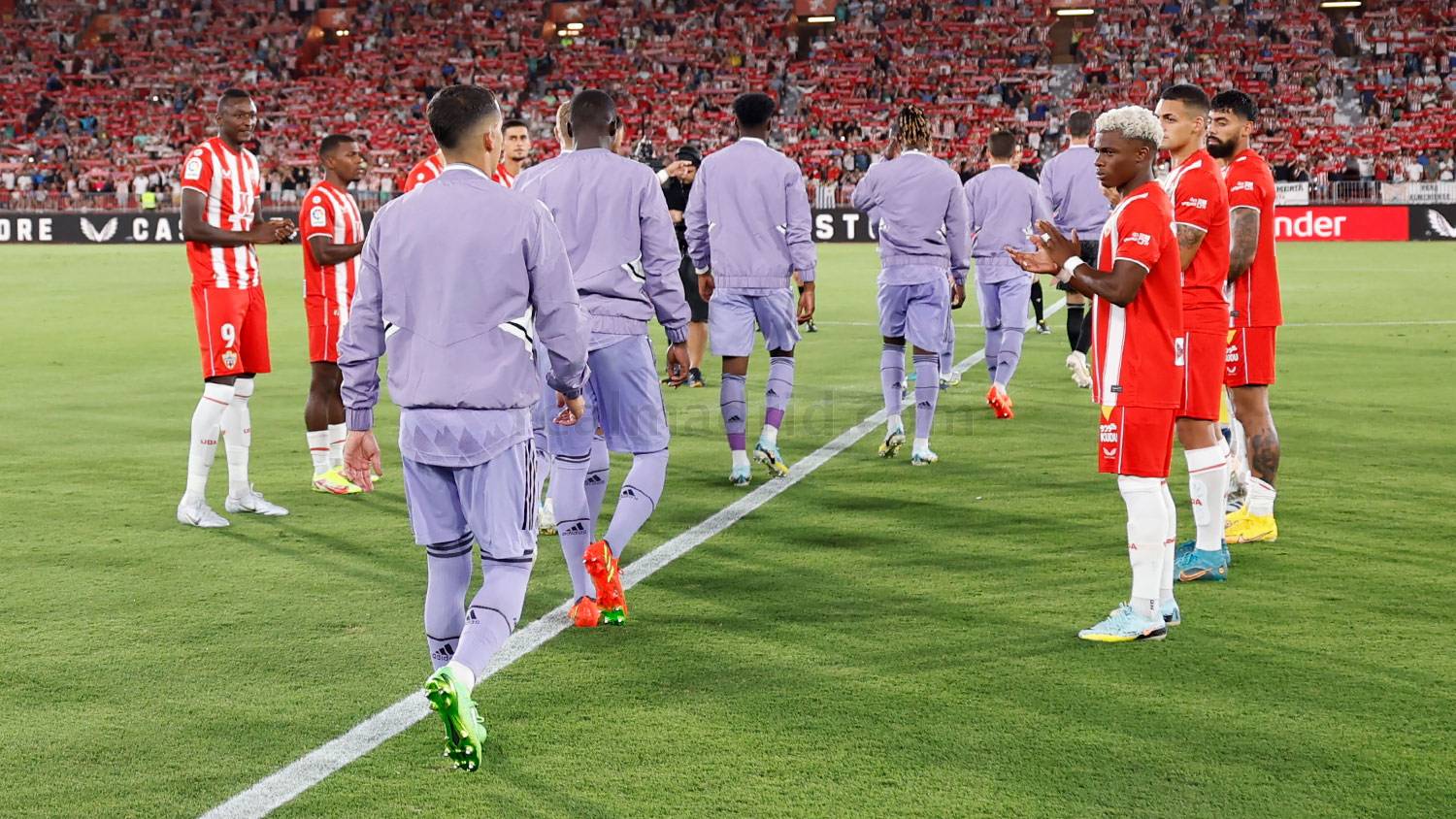 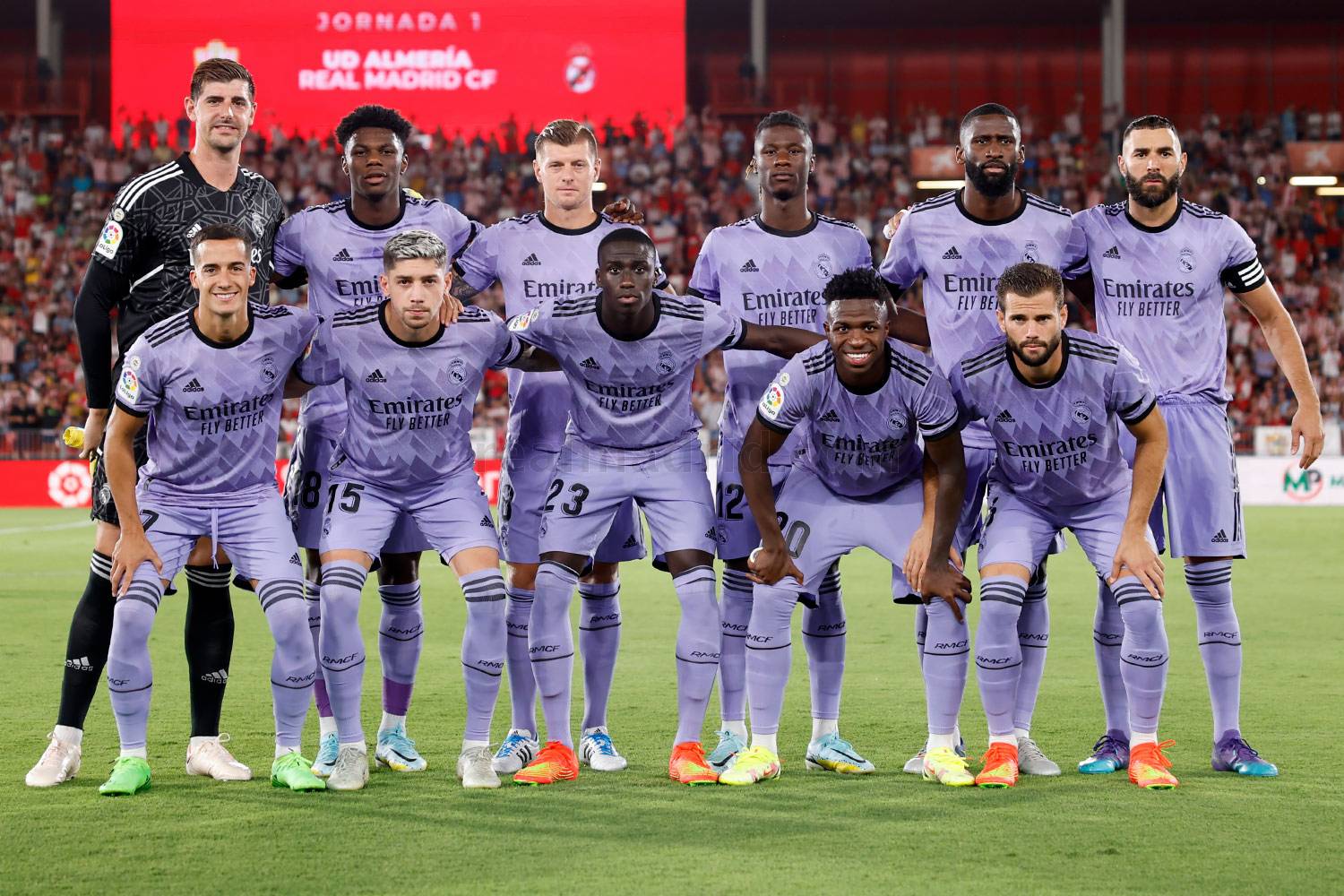 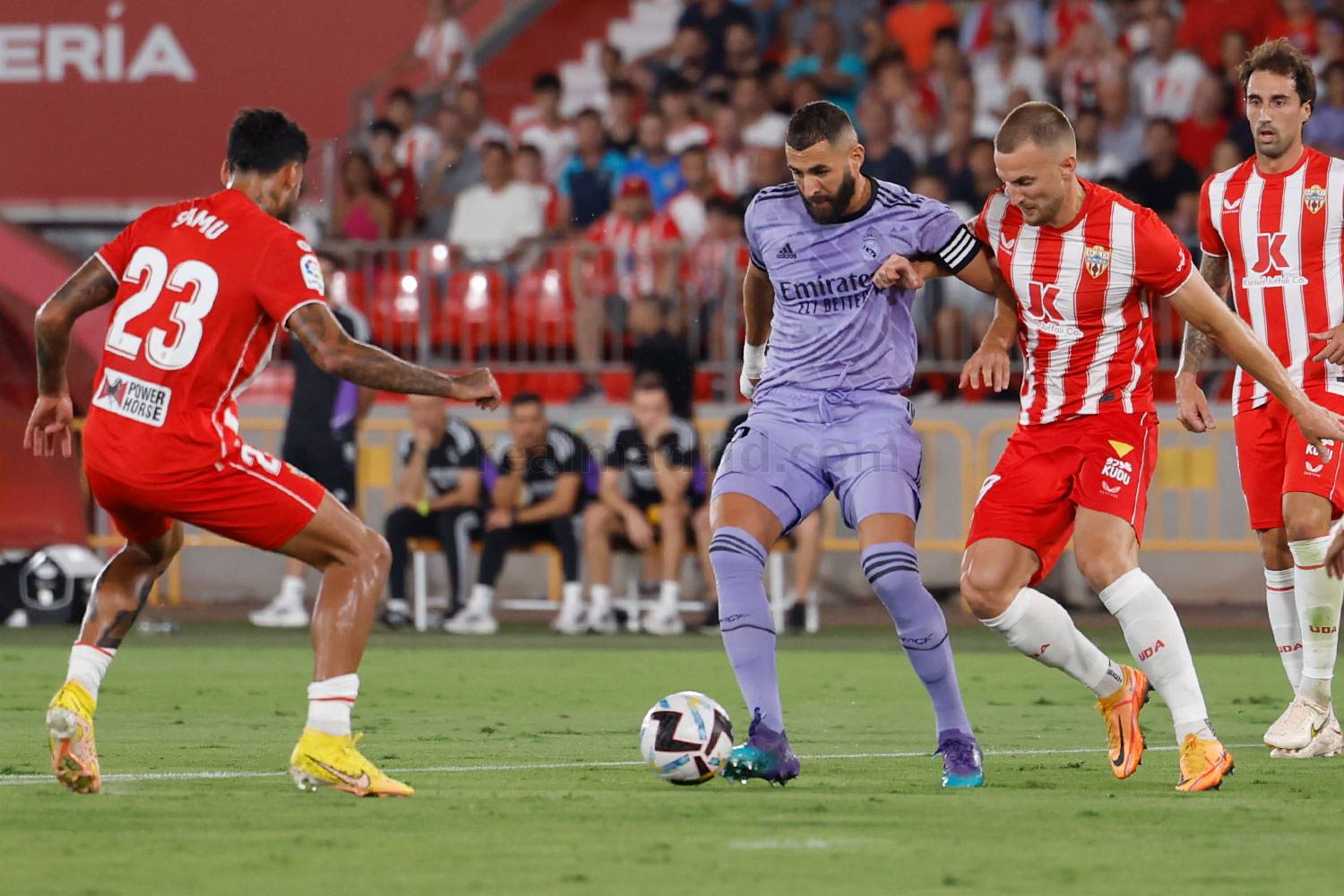 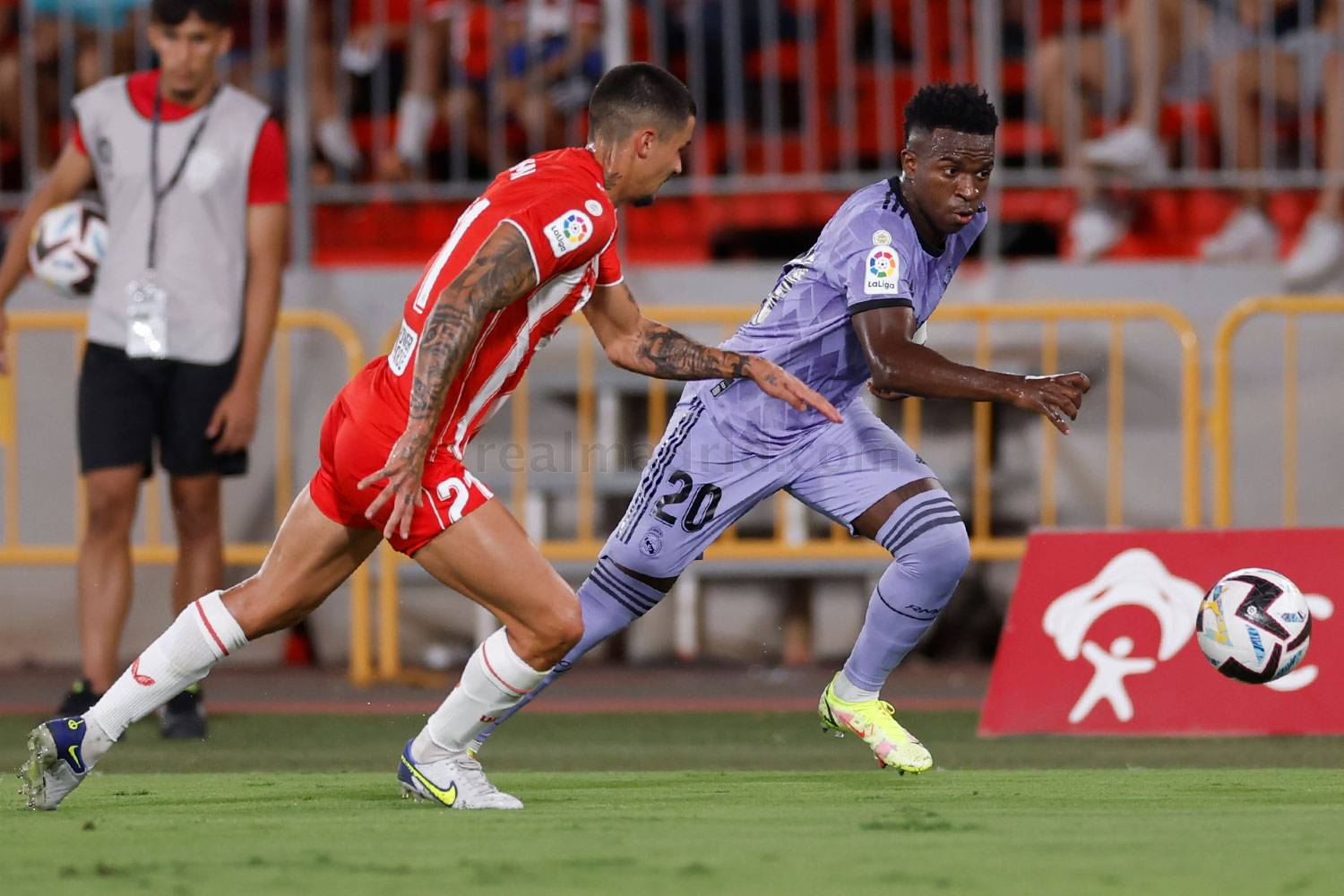 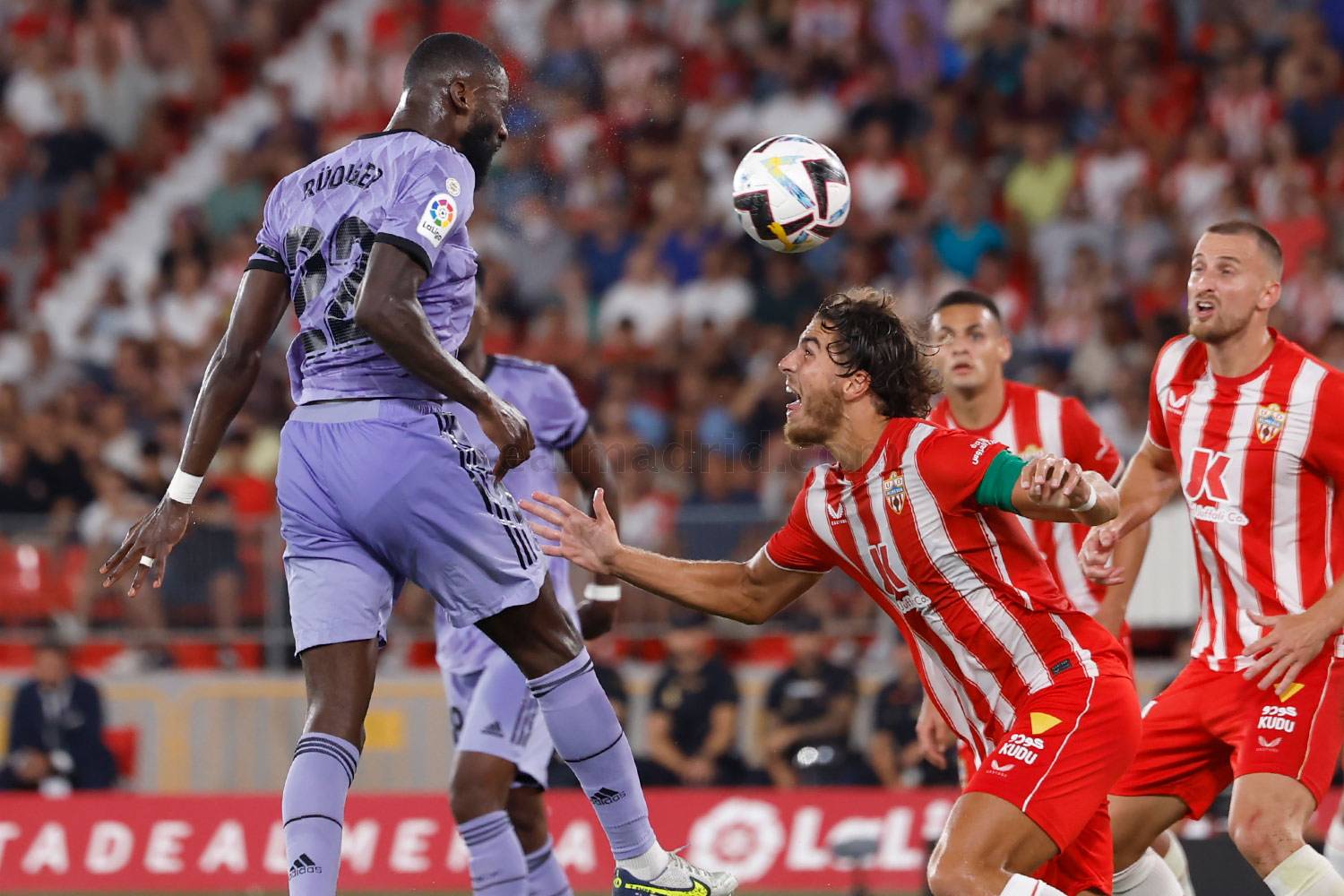 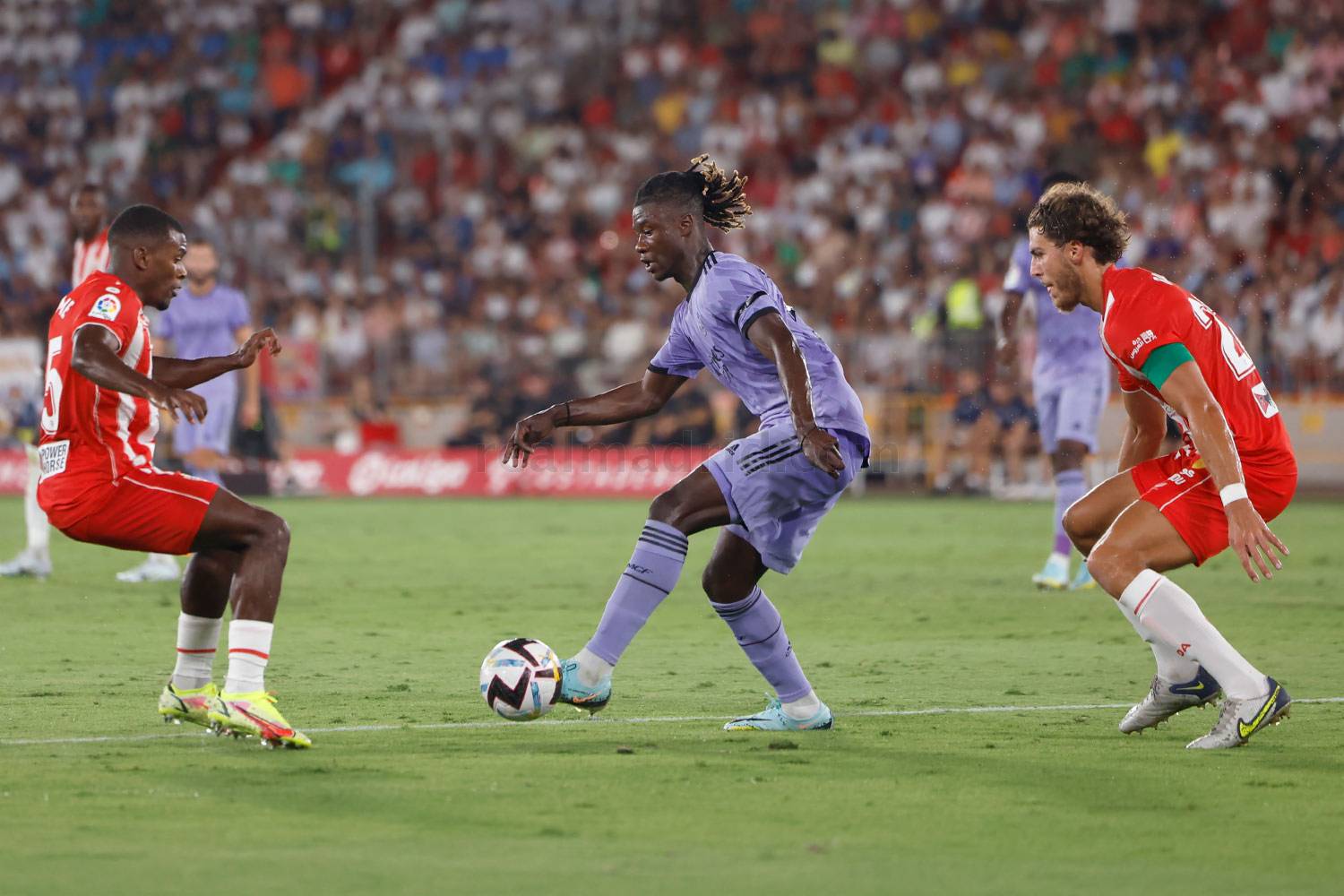 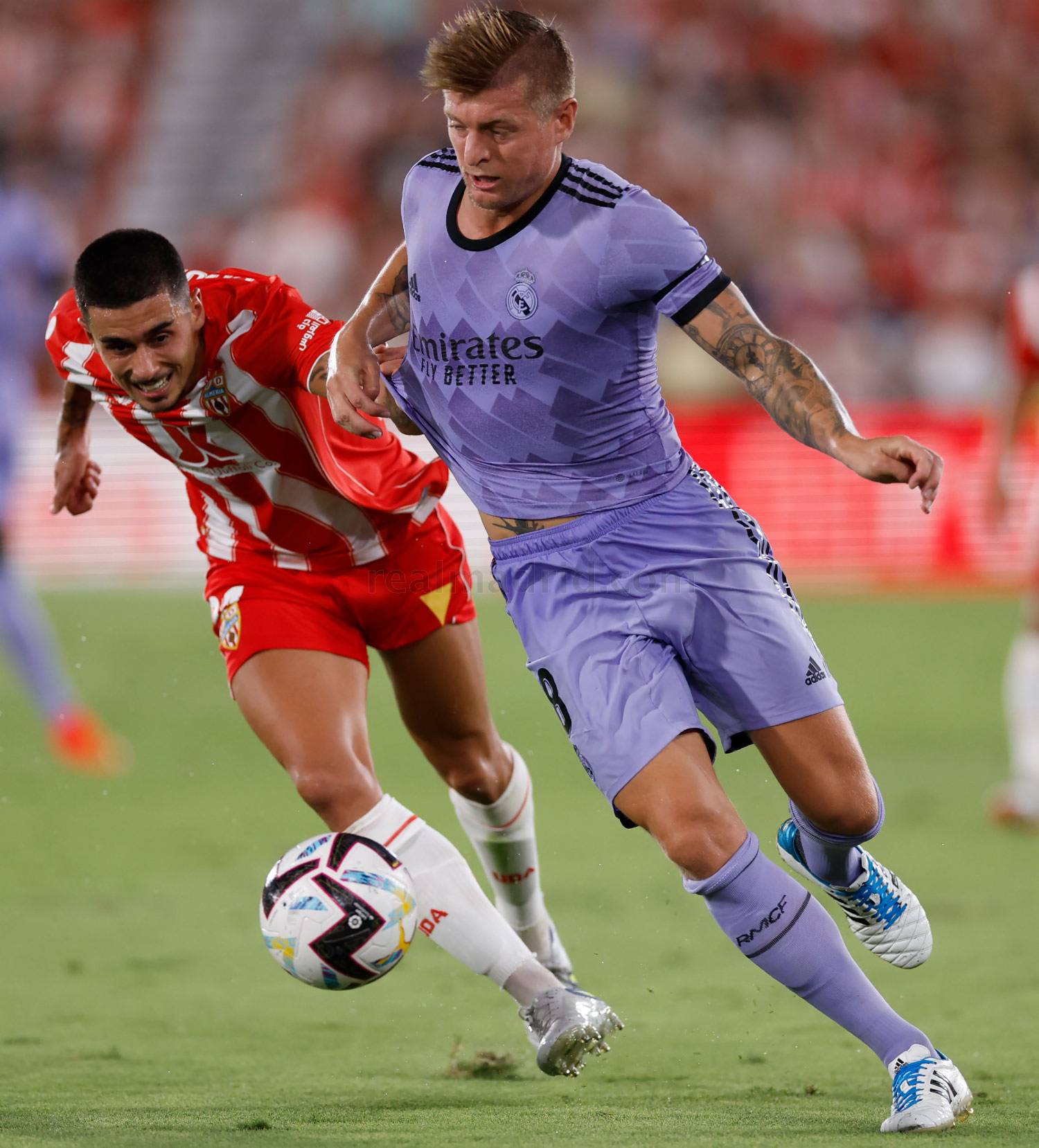 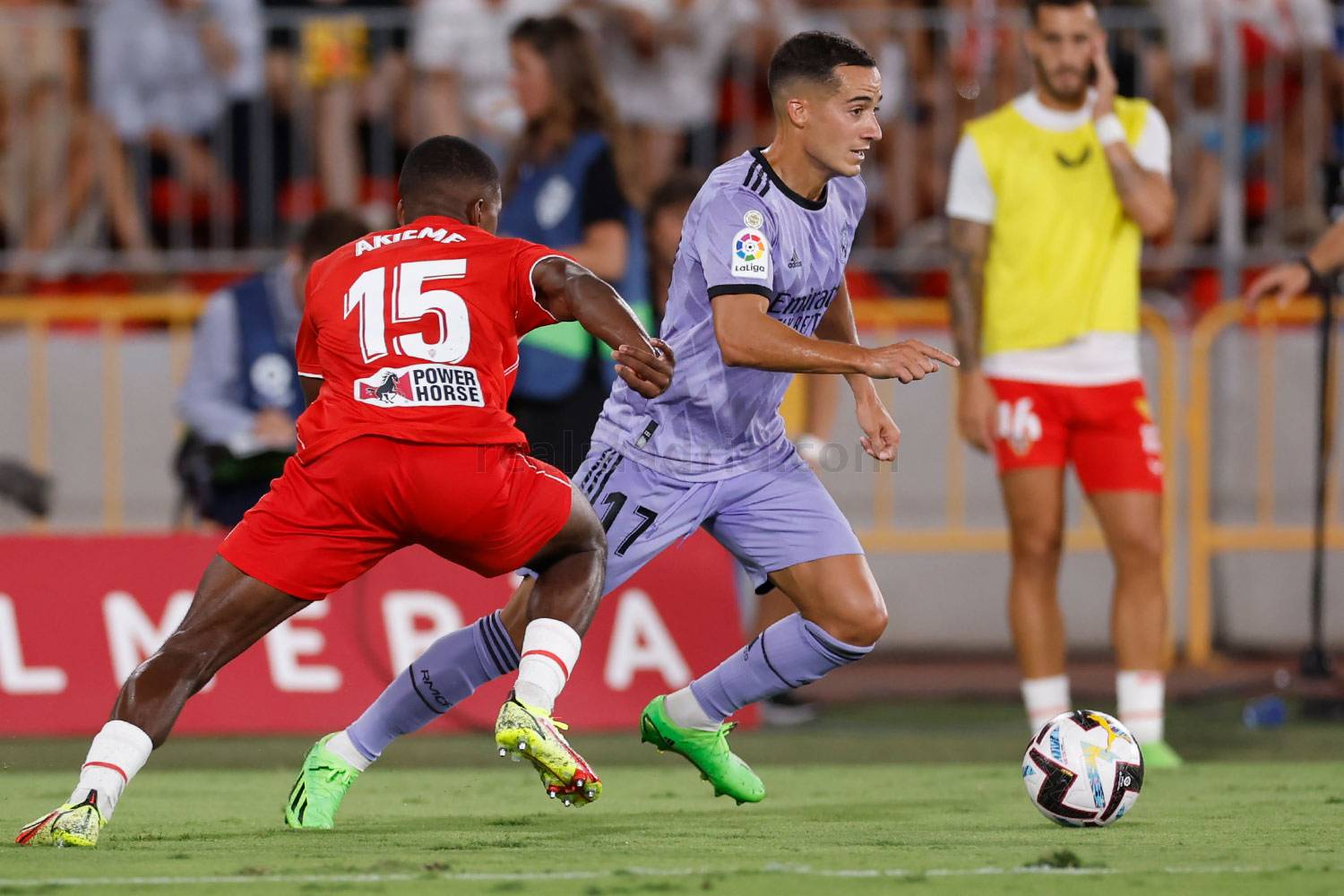 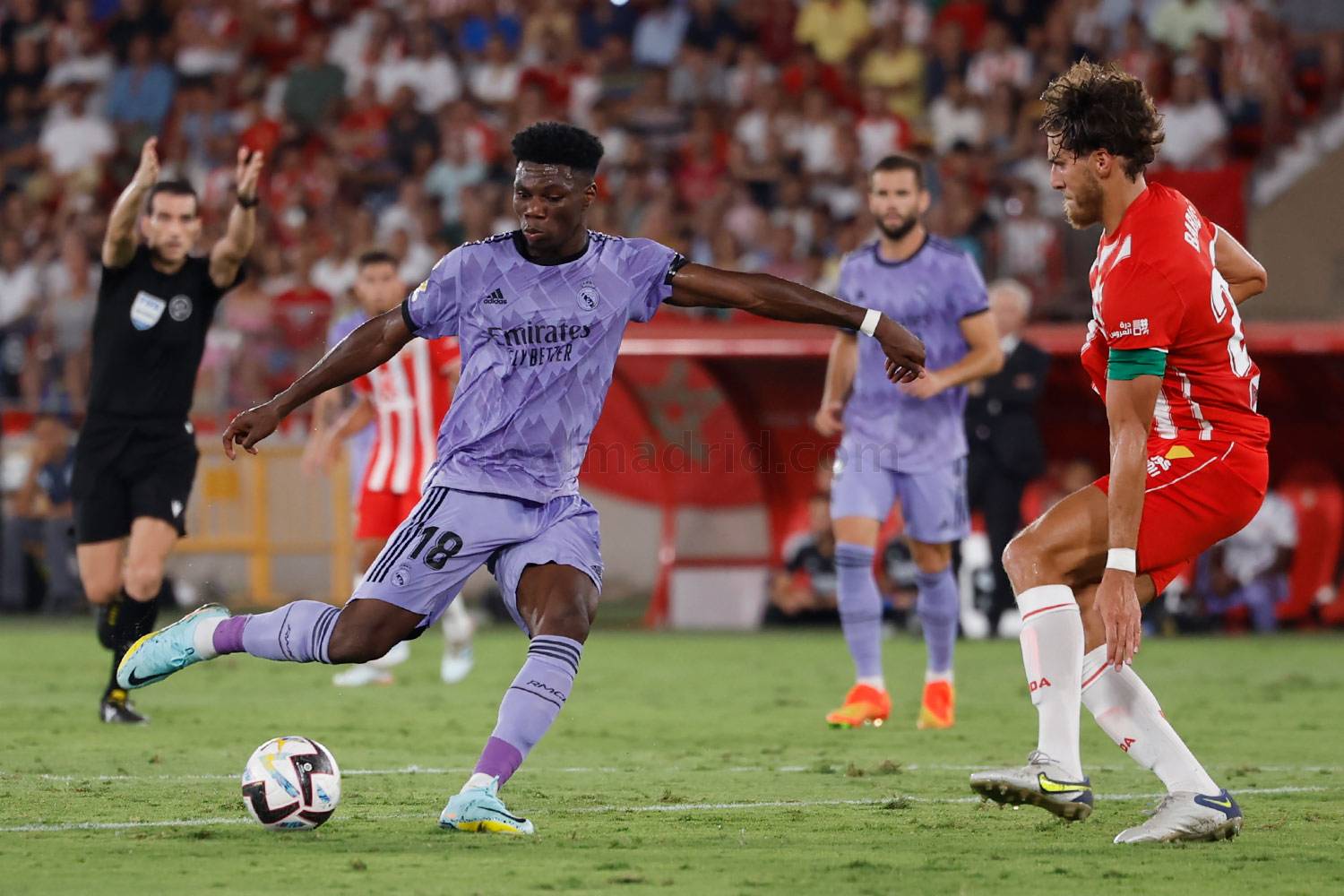 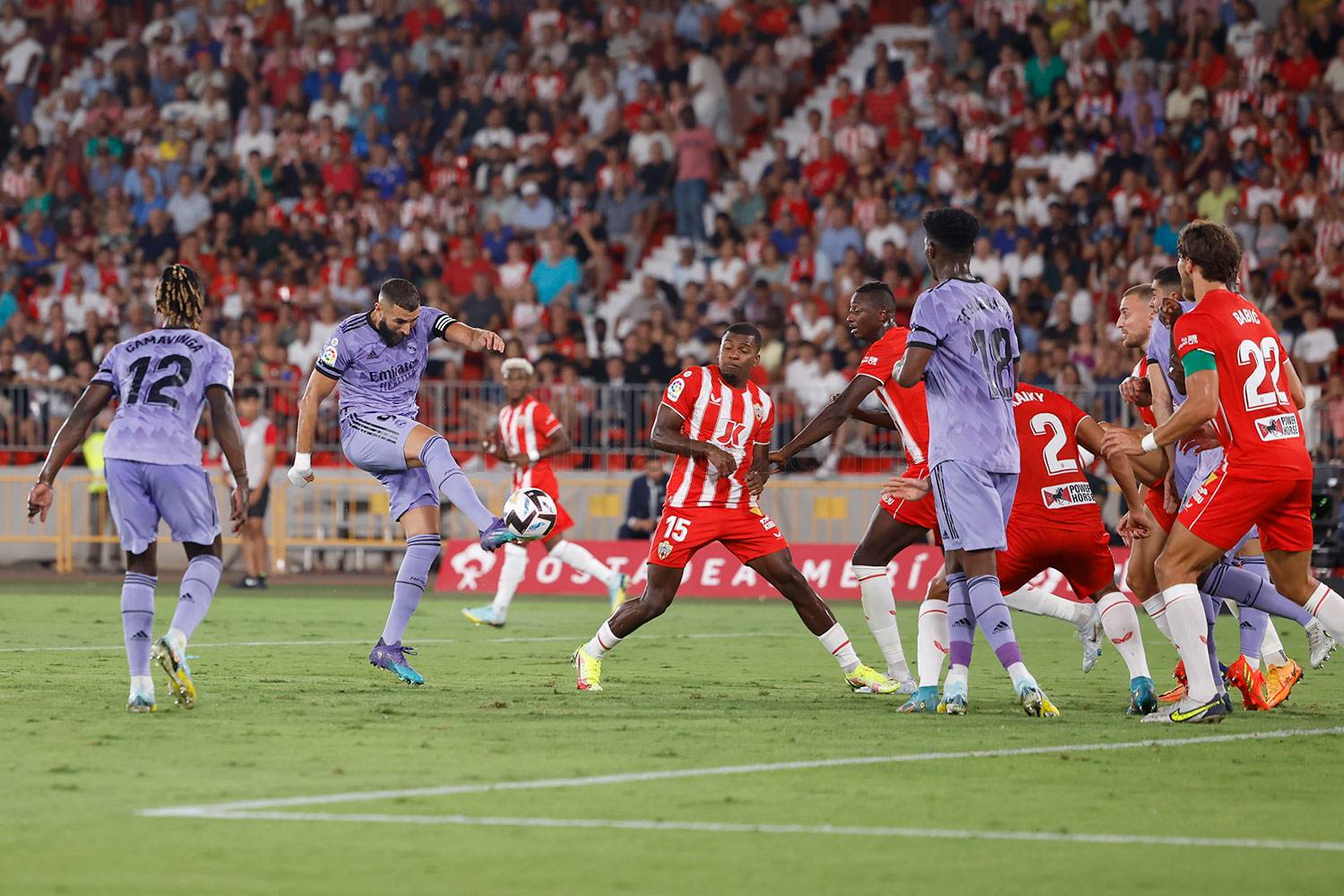 The win over Almería at the Power Horse Stadium was particularly special for Fede Valverde. The Uruguayan central midfielder notched up his 150th competitive game for Real Madrid, edging closer to a century of wins (98).