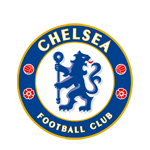 Strikes from Rodrygo and Benzema were enough to send us through after extra time.

Right until the end, come on, Real! You’d be hard-pushed to find a game that defines our team’s character and the role that the Santiago Bernabéu faithful have in the European Cup quite as well as this one. Just when it looked like Madrid had a mountain to climb at 3-0 down with 79 minutes on the clock following goals from Mount, Rüdiger and Werner, the stadium’s magic and the strength of a team that is always prepared to keep going until the end shone brightly. Rodrygo sent the contest into extra time with his 80th-minute effort following a sublime outside-of-the-boot pass from Modrić, before Benzema sent us through to the semi-finals on 96’ as he once again showcased his goalscoring instincts. Real Madrid now await to learn their semi-final opponents, which will be the winner of the tie between Manchester City and Atlético.

The first chance of the night went our way, when Vini Jr. picked the ball up on the edge of the area on 11’ and nutmegged James, who resorted to upending the Brazilian. Benzema took the resulting free-kick and contrived to send it over the bar. Four minutes later, Mount put the visitors ahead after the ball had fallen to him off Werner’s knee. Carlo Ancelotti’s charges were rocked by the goal, although Madrid remained in the driving seat. From that point until the half-time interval, the only chances involved two long-range efforts, one at each end. Benzema tried his luck with 23 minutes played with a thumping left-footed effort that swerved after striking Thiago Silva on the head. Chelsea’s response came on 34’ through a fierce Rüdiger effort that failed to hit the target.

Benzema hits the crossbar
The second half couldn’t have got off to a worse start for the hosts. James unleashed a shot from the edge of the area and the referee awarded a corner, despite the ball not having struck a Madrid player on its way through. The resulting set piece brought the visitors’ second of the night as Rüdiger powered home a bullet header on 51’. The tie was now all level and Real Madrid almost put themselves back in the ascendency, but Édouard Mendy pulled off a superb diving save to deny a Kroos free-kick on 56’. With 62 minutes on the clock, Marcos Alonso had the ball in the back of the net, but the effort was chalked off after the Chelsea man was adjudged to have handled in the build-up. Our team produced a response and could have scored just four minutes later when Benzema met Ferland Mendy’s cross, only to be denied by the crossbar.

With 75 minutes gone, the goal from Werner seemed to complicate things and it could have been even worse had Courtois not pulled off a wonderful save three minutes later from Havertz's header. Ancelotti brought on Marcelo and Rodrygo as the Whites looked to freshen things up. In the 80th minute, Rodrygo got on the end of a spectacular pass from Modrić with the outside of his right foot and the Brazilian turned it home to make it 3-1. With the match in stalemate, Modrić looked to finish things off with a strike from the edge of the area two minutes later but Mendy kept it out. An injury to Nacho forced a change as Ancelotti brought on Lucas Vázquez, moving Carvajal to centre-back. Chelsea began whip crosses in to take advantage, but the match went to extra time.

Extra time
The match was decided in extra time as the Santiago Bernabéu stadium stepped up to work its magic and give our side that little extra push. In the 96th minute it was clear to see as Camavinga won back the ball in the opposition half and released Vini Jr. The Brazilian took the ball in his stride on the edge of the box, before lifting it in to Benzema whose header made it 3-2 to the visitors. The semi-finals were on the cards as Camavinga looked to level up the score on the night with a shot from the edge of the area that sailed over the bar. Ancelotti's side were made to dig in, as Courtois pulled of a great save from Ziyech's in the 114th minute, sealing the home sides place in the semi-finals. This was a magnificent effort that produced a well-deserved result for our team. 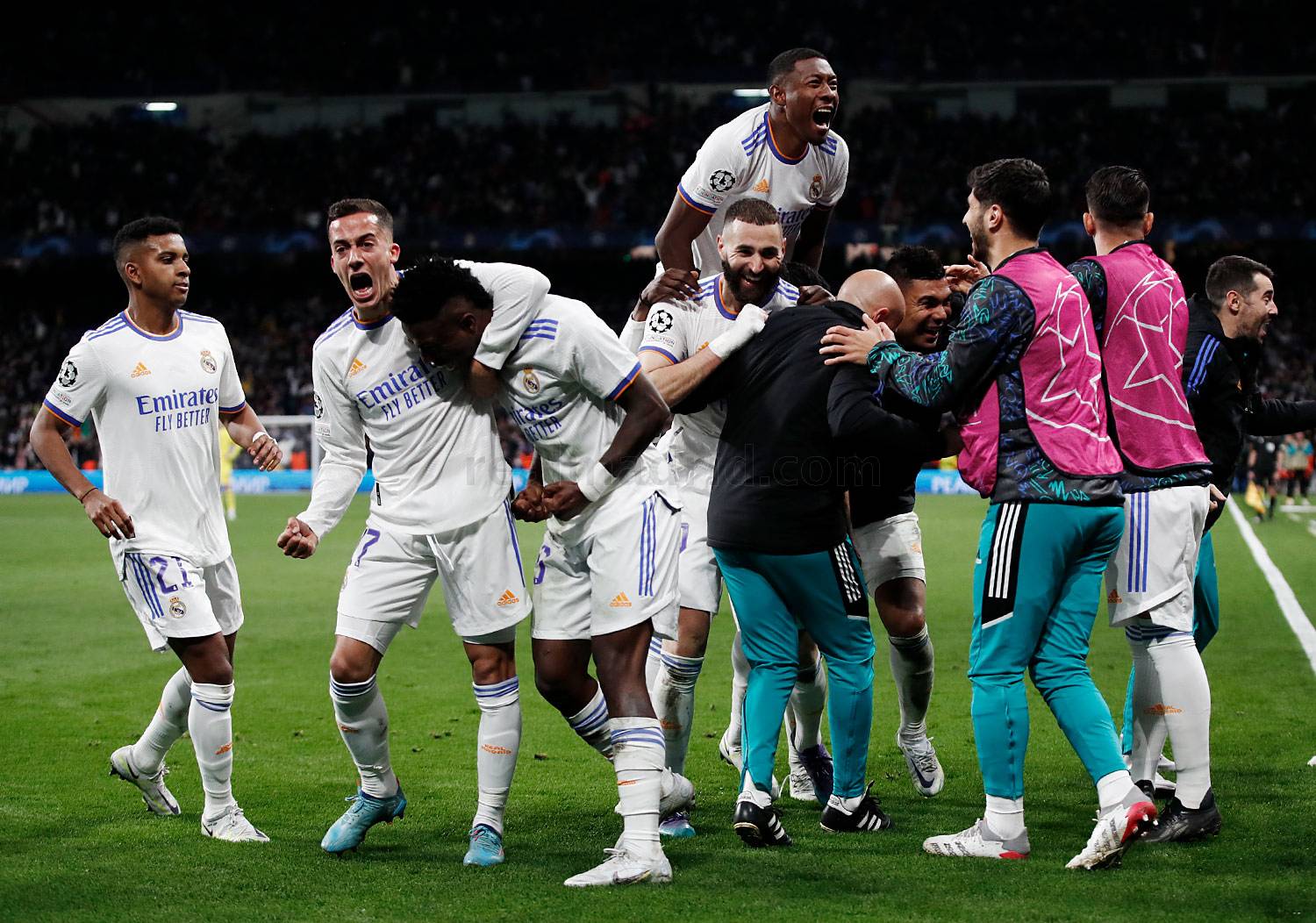 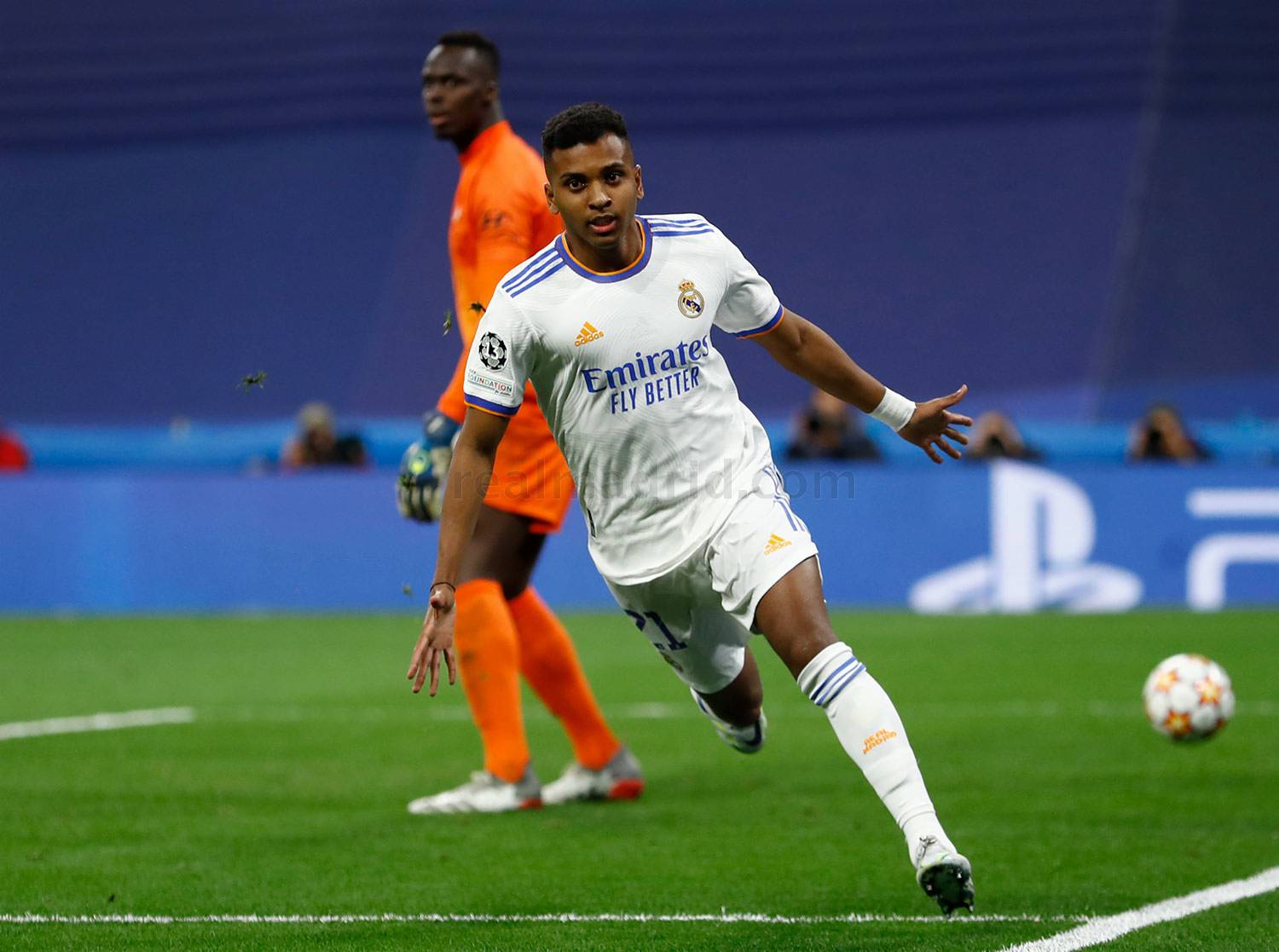 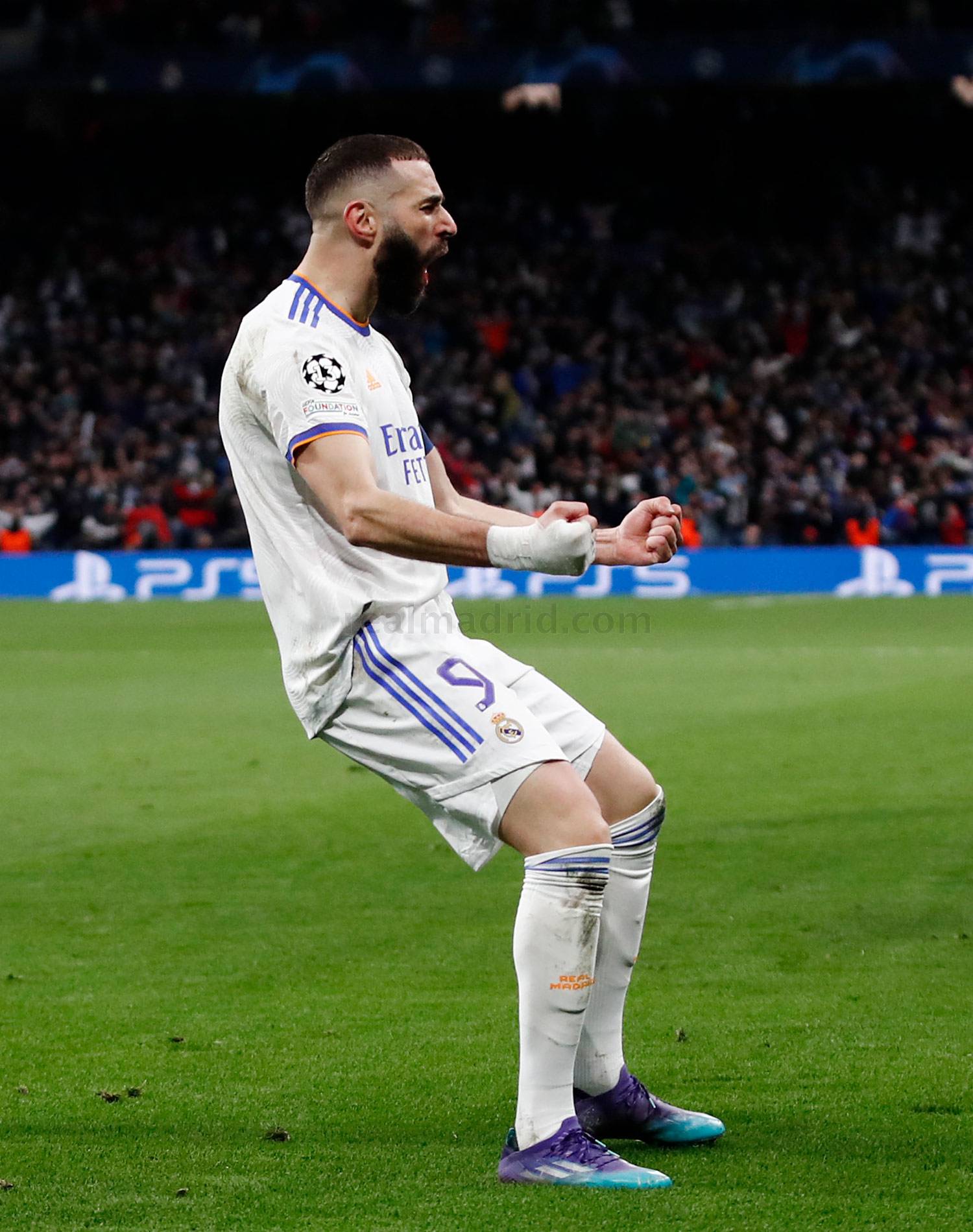 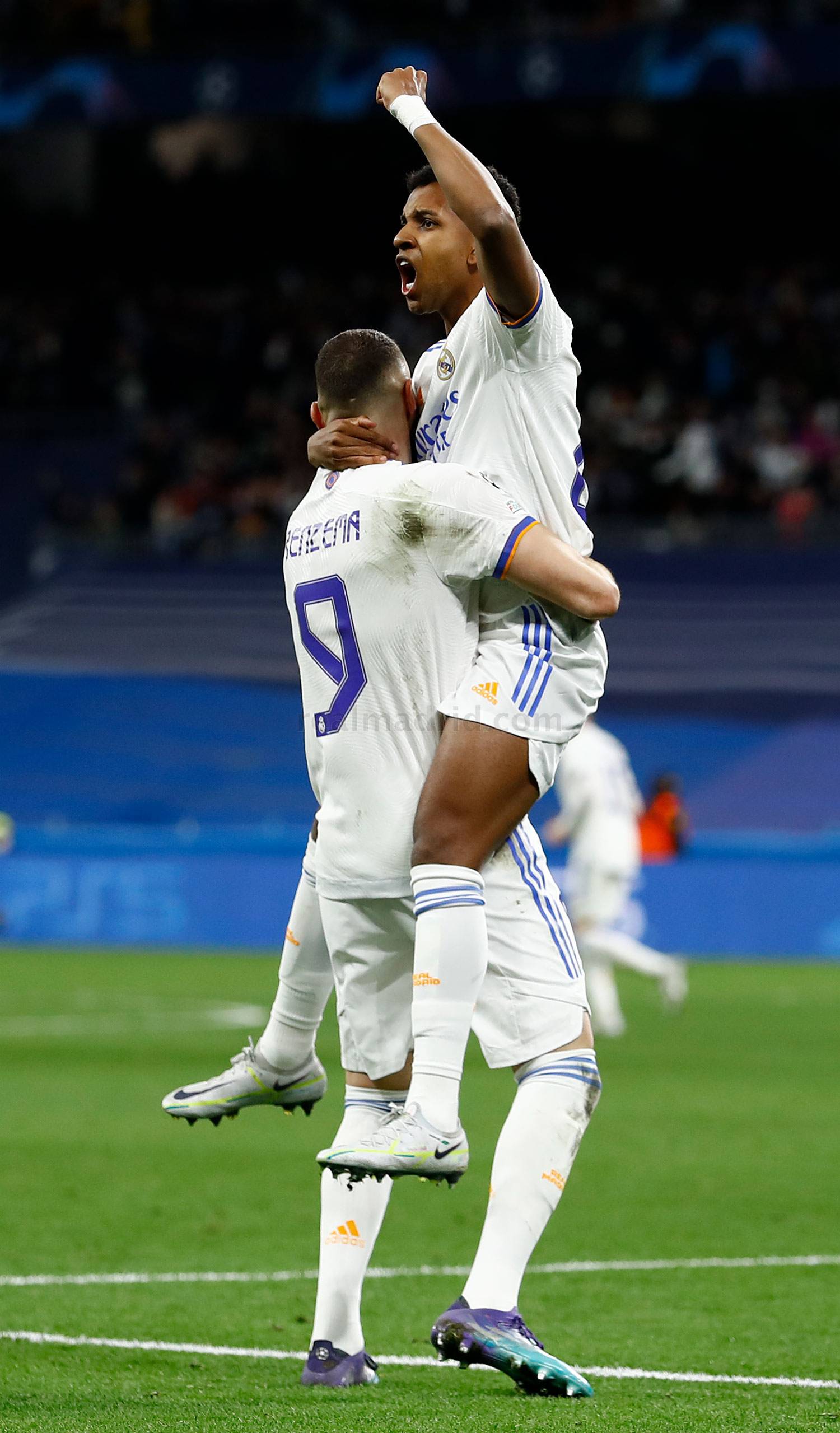 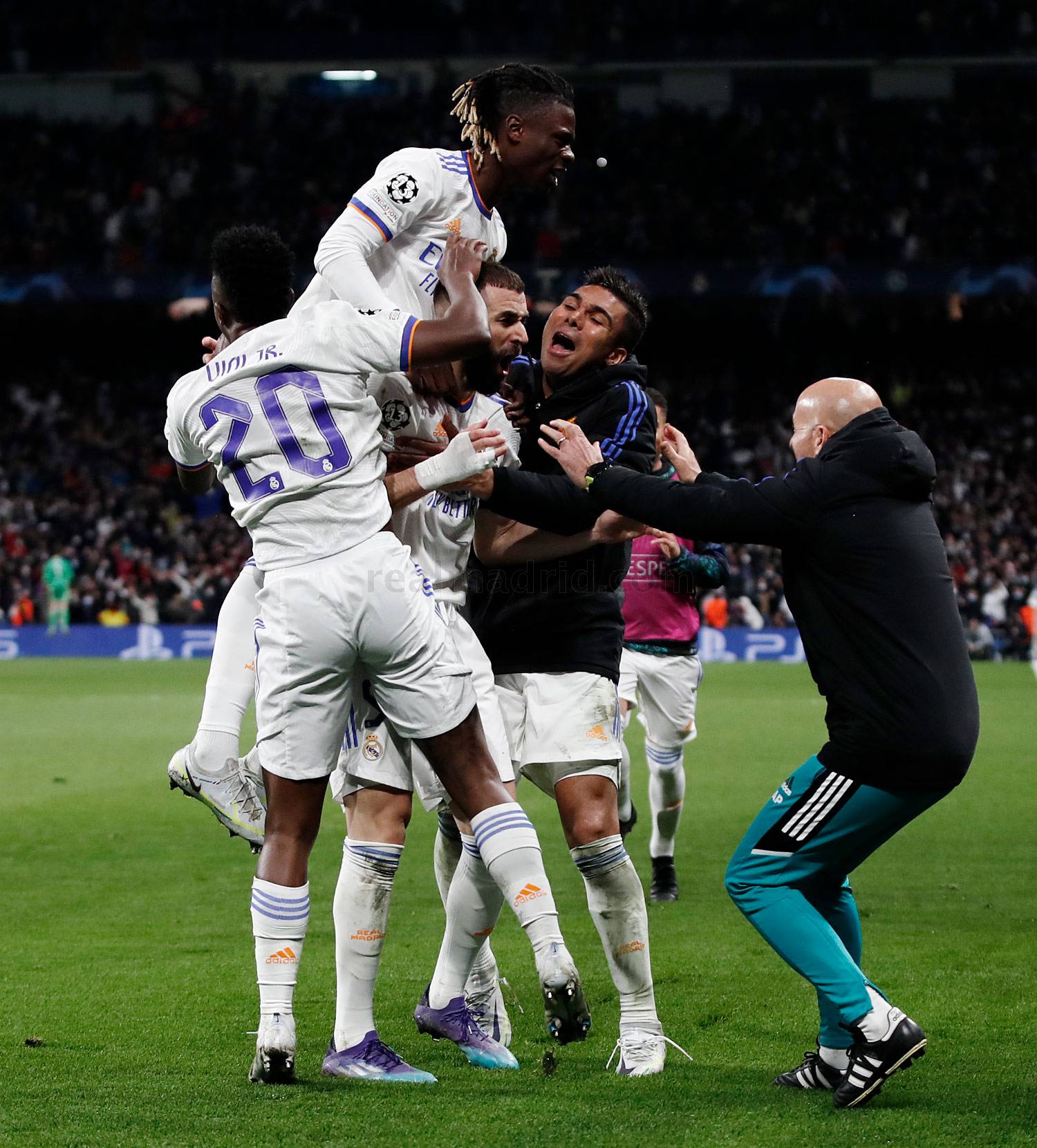 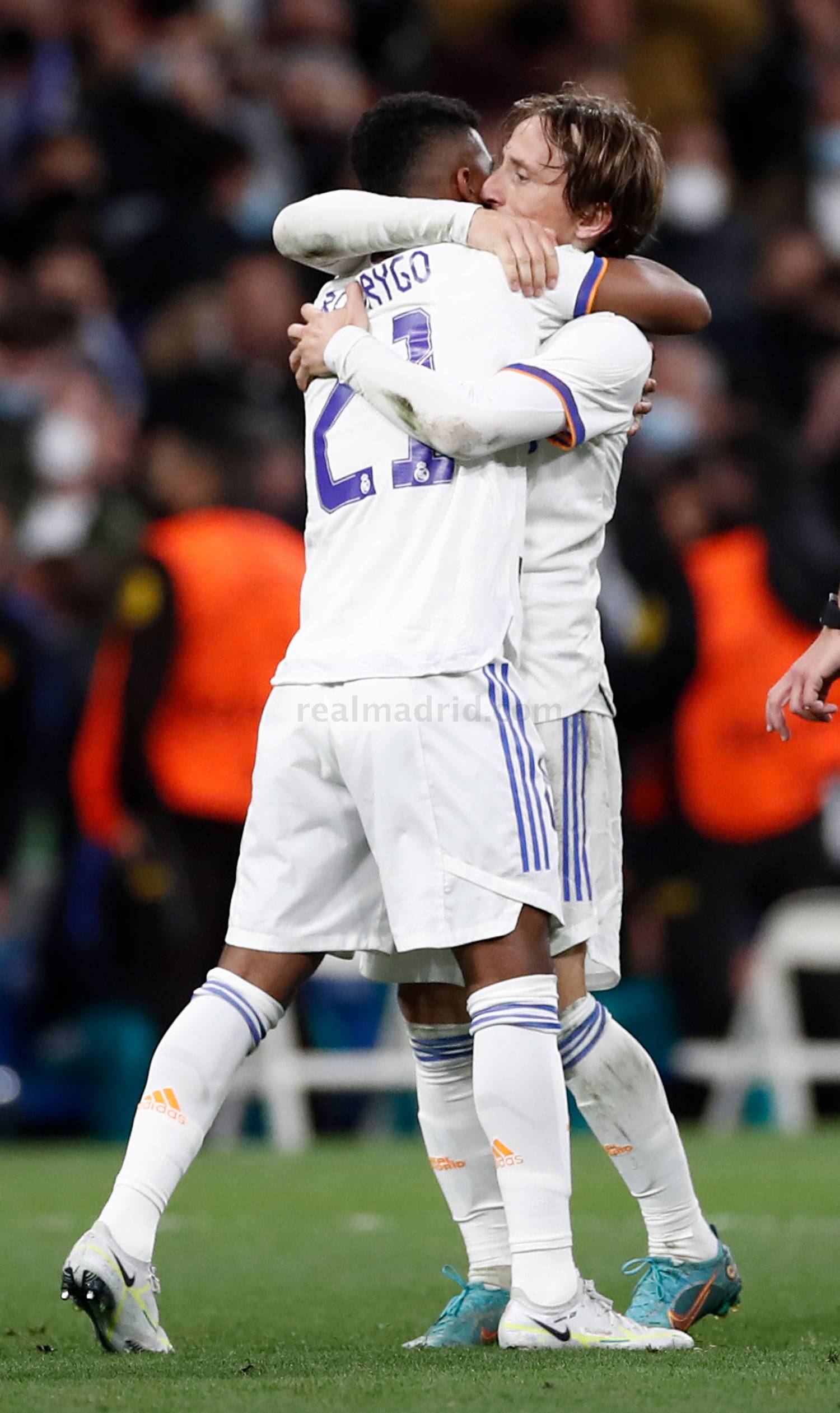 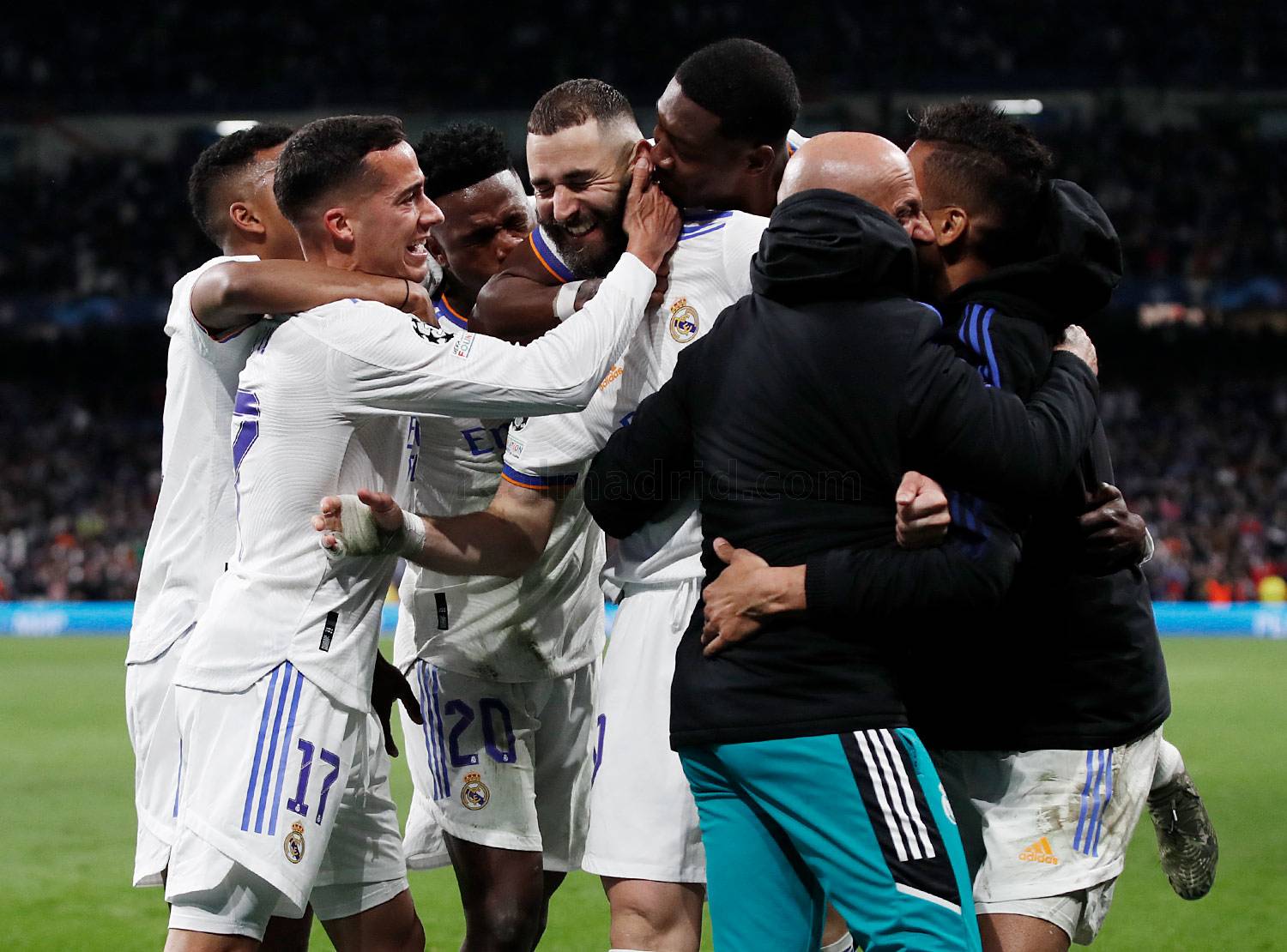 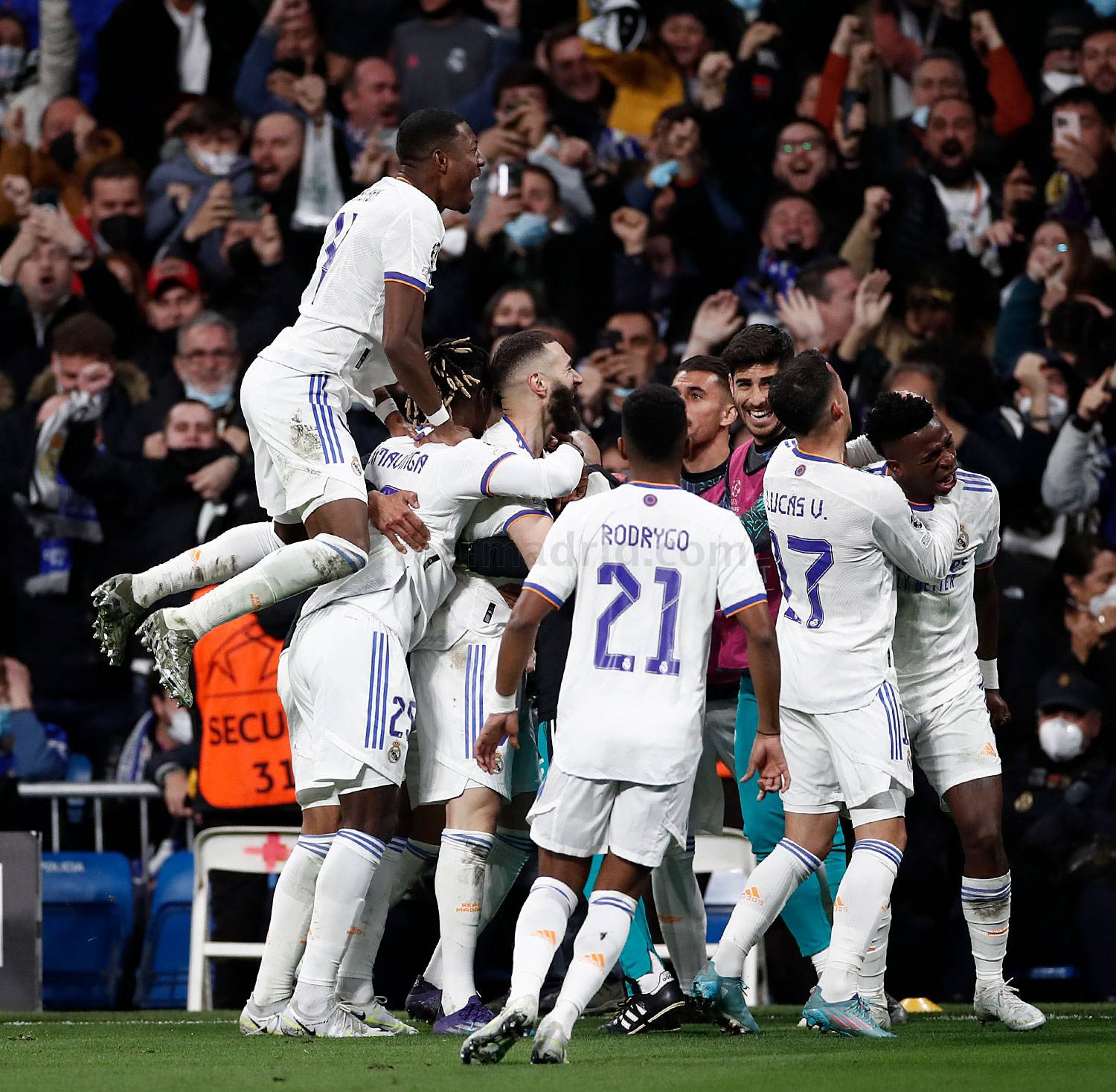 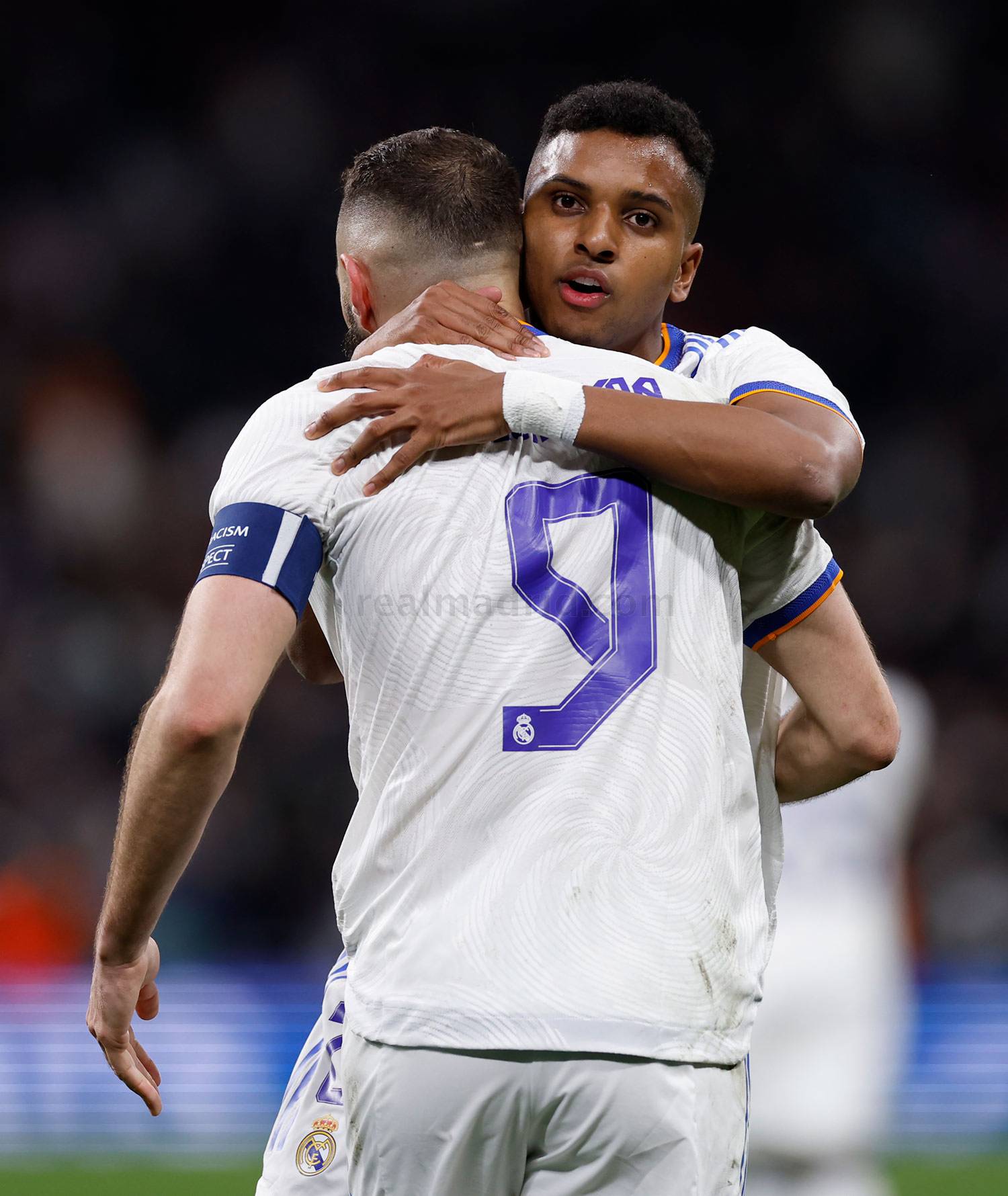 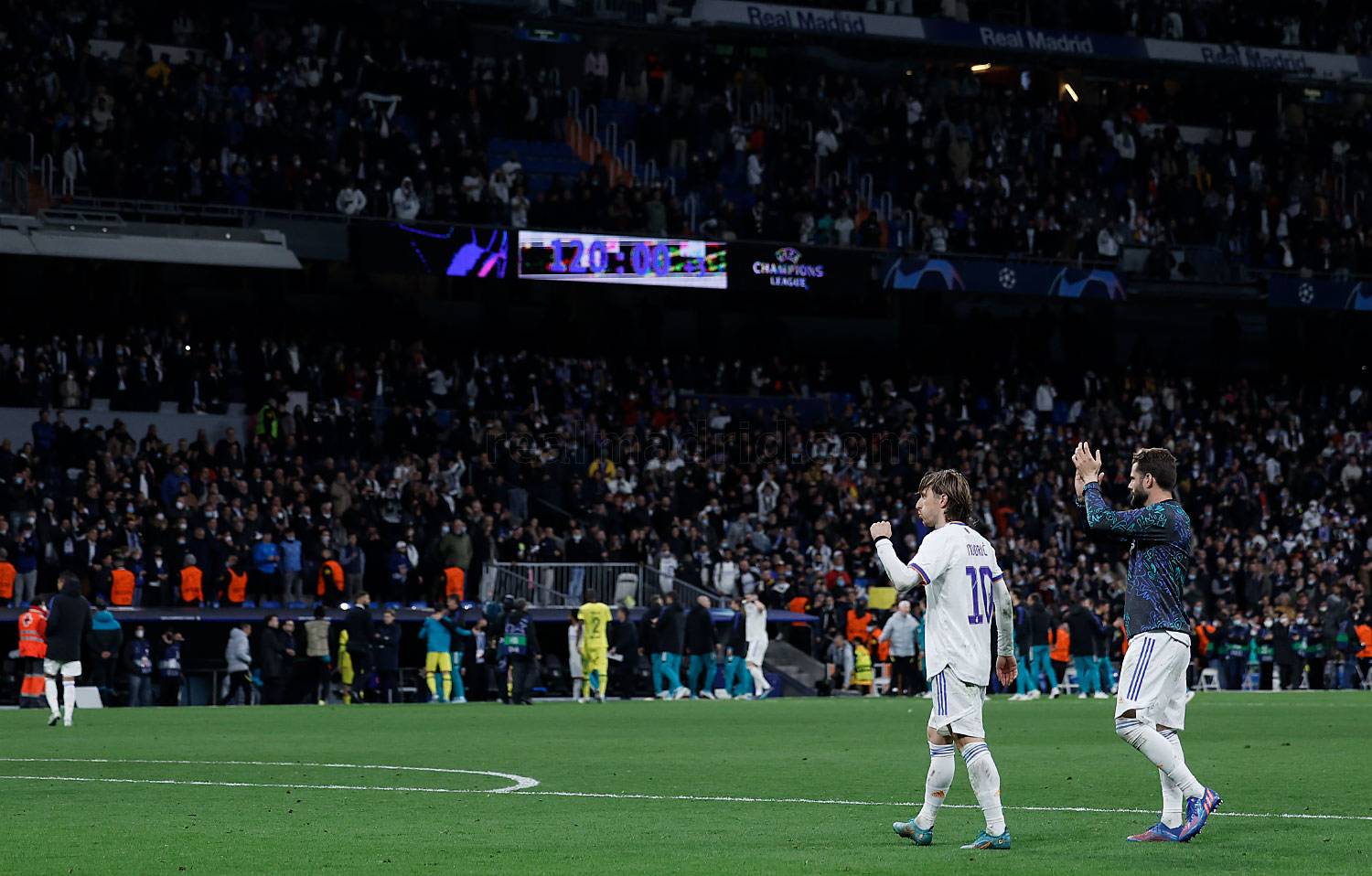 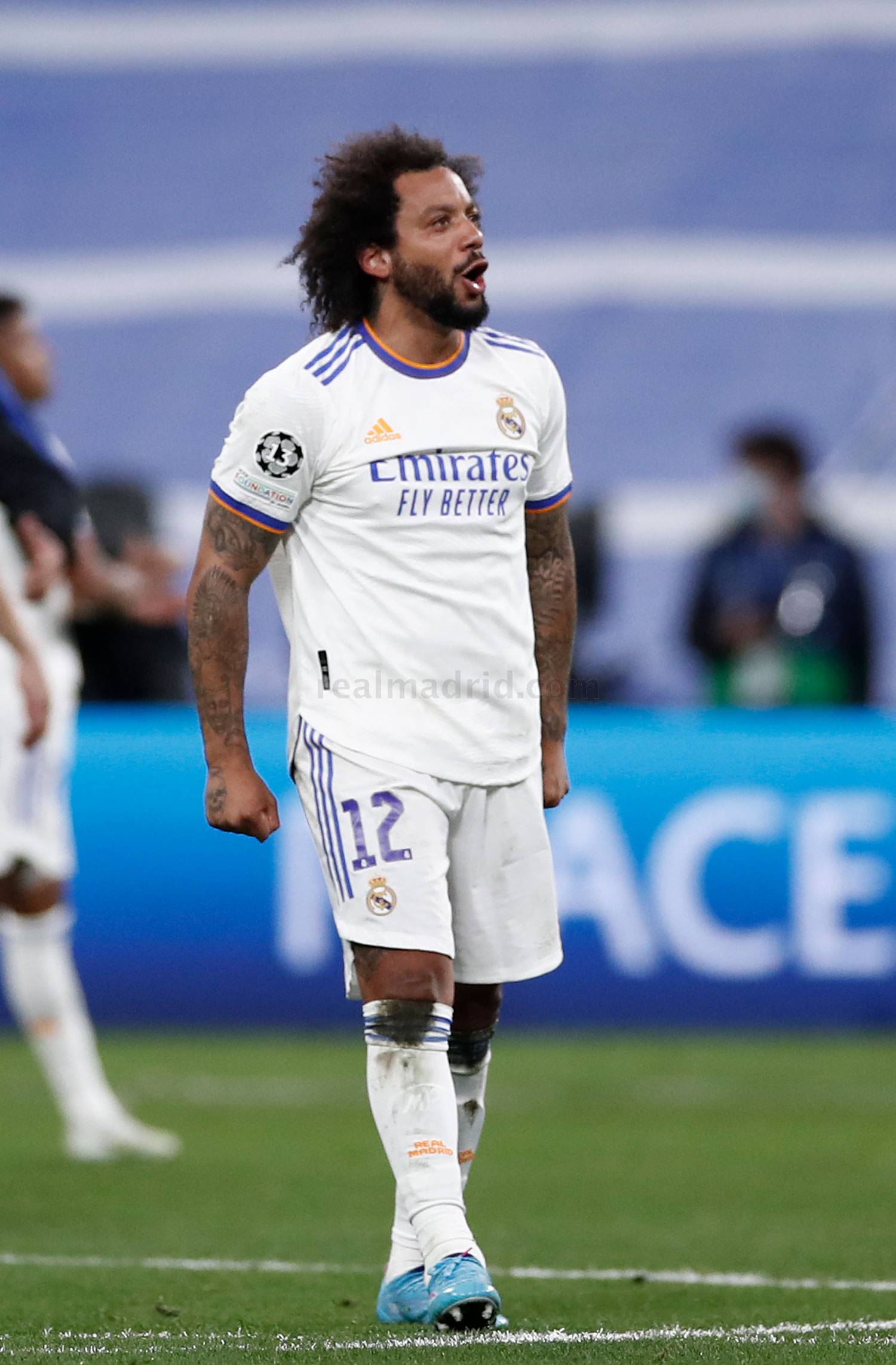 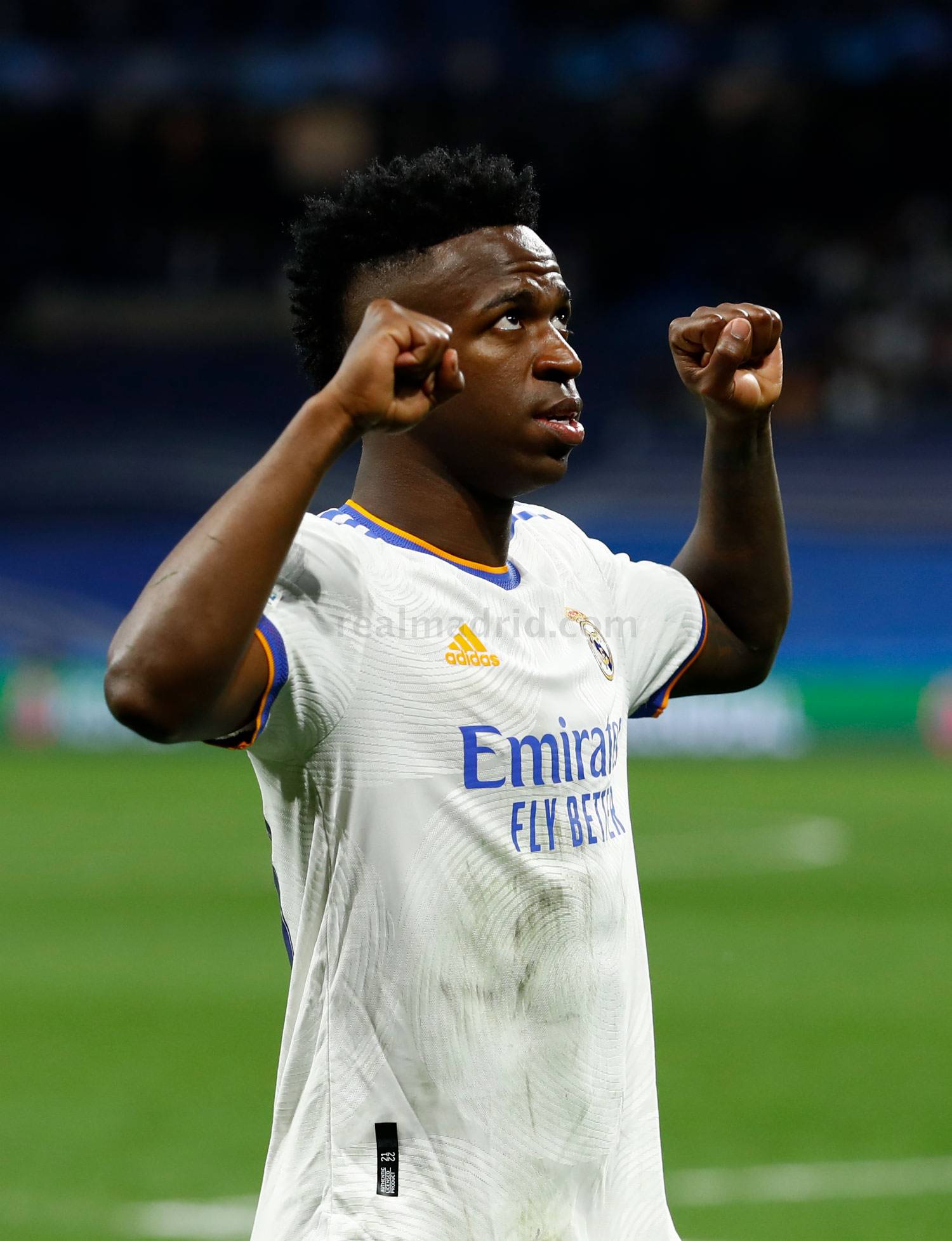 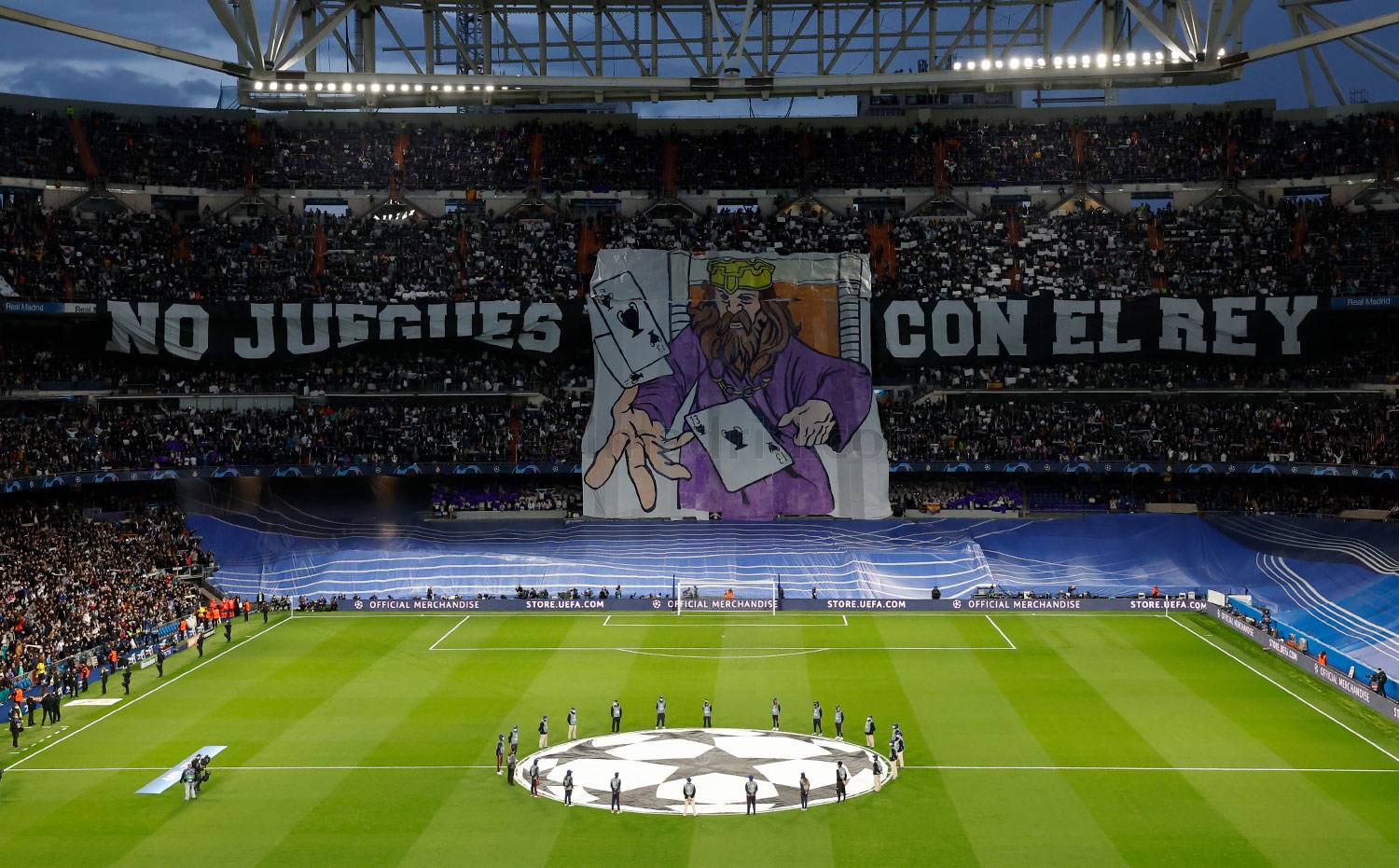 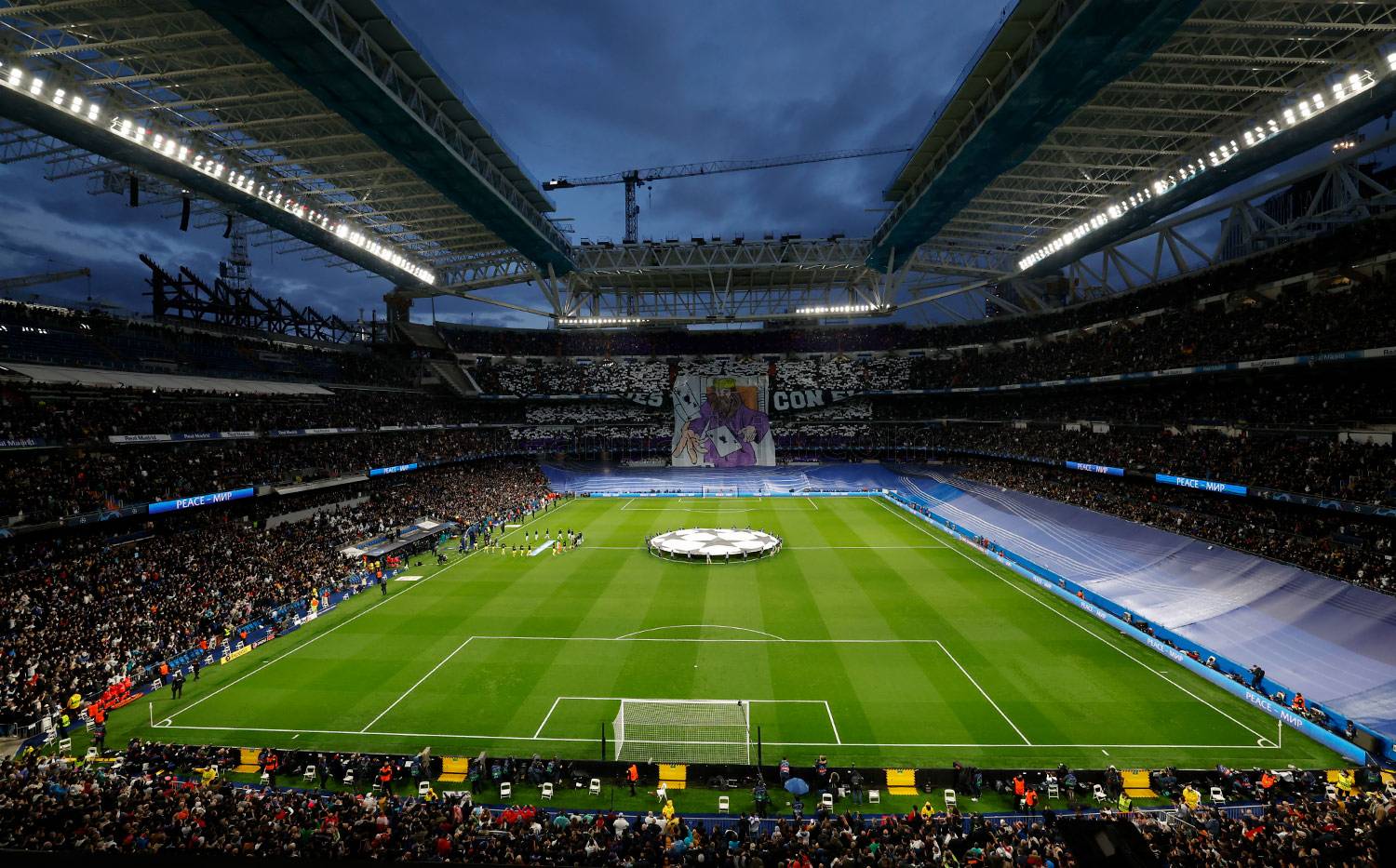 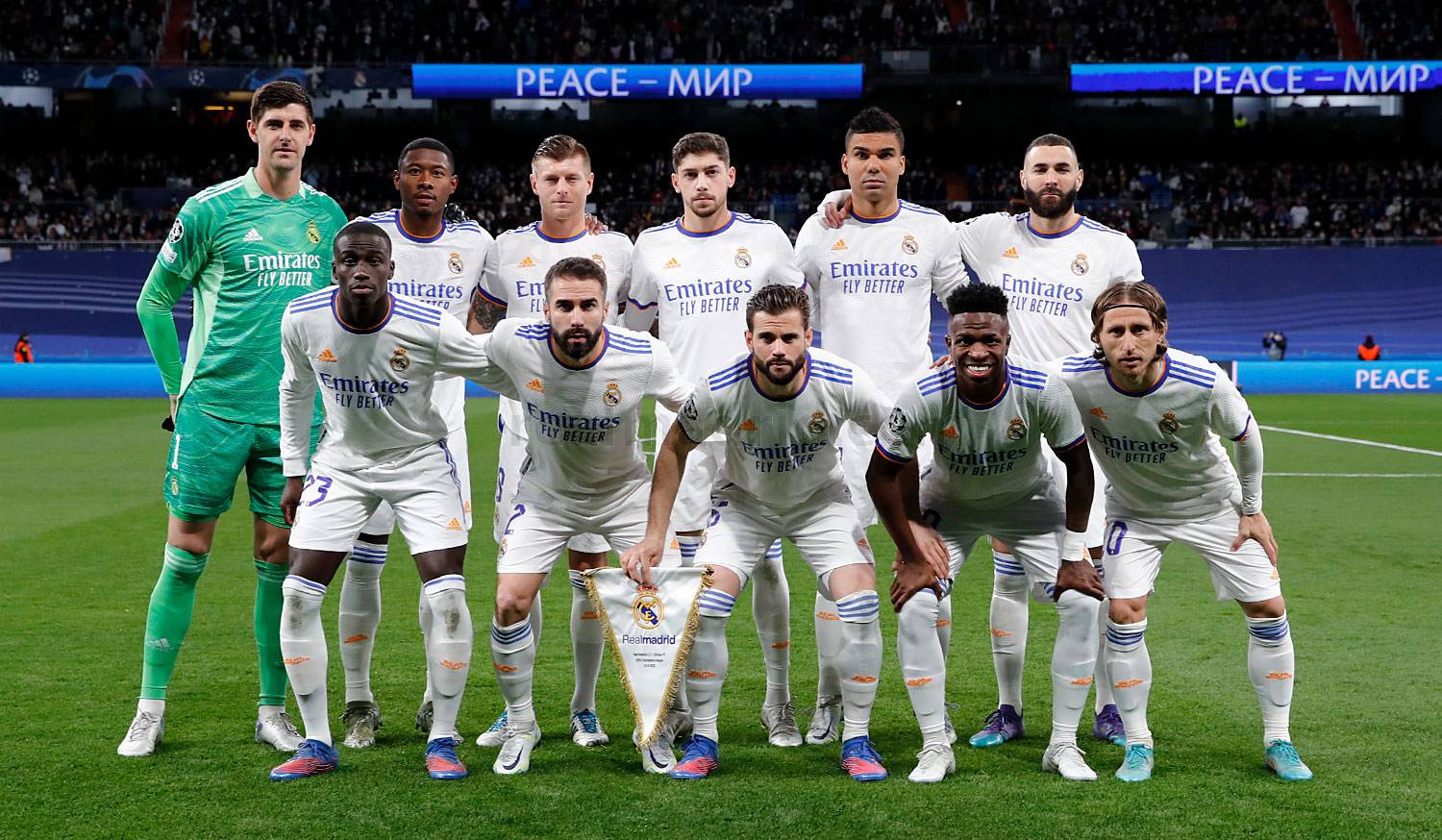 Karim Benzema added to his tally as the Frenchman sealed his team's place in the semi-finals thanks to a clinical header after a great ball from Vini Jr., recording his seventh goal in the last three Champions League matches after two hat-tricks, against PSG at the Bernabéu and Chelsea in London. The French forward has now netted 12 goals in the competition.