Laso's men host the Greek side two days on from beating Monaco at the WiZink Center (9:00pm CEST).
Less than 48 hours after their last encounter, Real Madrid are set for their second Euroleague clash of the week. The double-header got underway at the WiZink Center on Wednesday with a win over Monaco, and tonight presents another tough game against Panathinaikos, in a continental rivalry which has really become a classic over the last decade. Our team, who are unbeaten on home turf so far this campaign, have beaten today's opposition on their last 12 meetings.

Real Madrid's relentless schedule rumbles on, with 3 games in 5 days this week, finishing with a trip to Lugo to face Río Breogán this Sunday. Laso's men, in the chasing pack behind the leaders with 2 wins and a loss, welcome Panathinaikos who sit in 11th place with 1 win from 3 games, having failed to pick up a point on the road. The madridistas meanwhile are unbeaten at the WiZink Center, where they've won 5 consecutive games between LaLiga and the Euroleague. Last time out against Monaco, they reacted well in the final three minutes to salvage a win they had set up with a stunning opening quarter.

It's sure to be another demanding game both physically and mentally. The Greeks boast an aray of athletic talent in every position, with a dangerous perimeter made up of Papapetrou, Nedovic and Macon Jr., one of their new faces, while they have also signed former NBA ace Ferrell. Inside, they have a strong offensive rebound with White, Evans and Papagiannis. Real Madrid will have to call on their strength as a unit, with four players average above 10 in PIR (Tavares, 20.7; Yabusele 17.3; Heurtel 13.7 and Williams-Goss 11.3). Defense and the three-point line will also be key aspects in claiming victory.

Latest chapter of a historic rivalry
This particular head-to-head has become a more regular occurrence as they years go by. This will be the 32nd time the two teams meet in the Euroleague, with 21 Real Madrid wins to Panathinaikos' 10. Our team boasts even greater dominance over the last 8 years, with 17 victories in 23 matchups, the last 12 in a row, stretching back to April 2018. Indeed, on home soil, the madridistas have come out on top in the last 10 encounters with Panathinaikos, unbeaten since 2013. Long may that run continue… 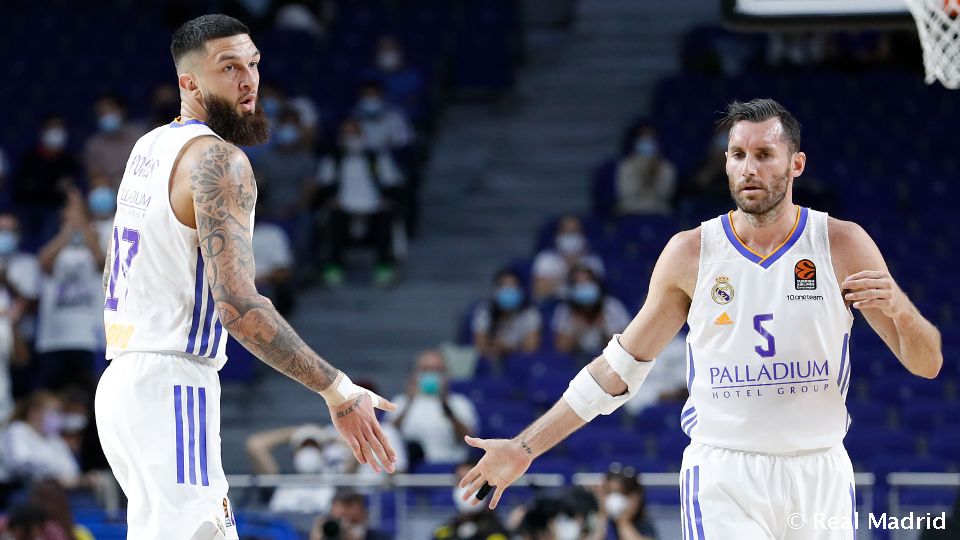