Manchester City took the lead at the start of the second half, but Kenti levelled matters with a last-gasp equaliser.
Real Madrid City

1
Real Madrid Women secured a draw against Manchester City at the Alfredo Di Stéfano in the side’s first-ever taste of Women’s Champions League action. The English outfit hit the front at the start of the second period, before Kenti struck a 92nd-minute leveller. Well before the thrilling finish to this contest, Misa was heavily involved in the opening skirmishes after she denied the visitors on no fewer than three occasions. With six minutes on the clock, she palmed away Beckie’s effort from the left side of the box and just four minutes later, she was again called into action as she produced a magnificent diving save to clear an inviting cross-shot, whilst on 12’ she intervened to turn away a shot from within the six-yard box. From that point on, the madridistas began to dominate in the final third.

With the game now 22 minutes old, Esther received a pass from Nahikari inside the box, only for Taieb to turn her effort behind for a corner. From the ensuing flag kick, Esther produced a bullet header that found the side-netting. Our team continued to fashion chances and Esther once again came a whisker away following a fine pull-back from Kaci but her shot flew narrowly wide of the upright. With 44 minutes gone, David Aznar’s charges had a chance to take the lead when they were awarded a penalty after a challenge on Ivana, but Esther failed to convert her spot-kick.

Until the end
Just two minutes after the restart, Weir picked up a deflected ball on the edge of the area and rattled the ball home to make it 1-0 to the visitors. The Madrid response didn’t take long in coming, with Esther’s headed effort from an Olga centre rattling the crossbar. In the 75th minute, Kaci sent in a cross to the far post, where Nahikari came close to restoring parity with a fine header, but Taieb gathered the ball in. Shortly after, Teresa tried her luck with a thumping shot from the edge of the box that ended up sailing over the bar. Real Madrid, who never give in, reaped the rewards their dogged determination deserved in injury-time courtesy of a Kenti Robles goal. Athenea played a ball into the box and when Esther failed to connect properly, Kenti was on hand to gobble up the rebound to draw the hosts level. Aznar’s side now turn their attentions to the return leg, which is to be played on 8 September at the Manchester City Academy Stadium (8pm CET). 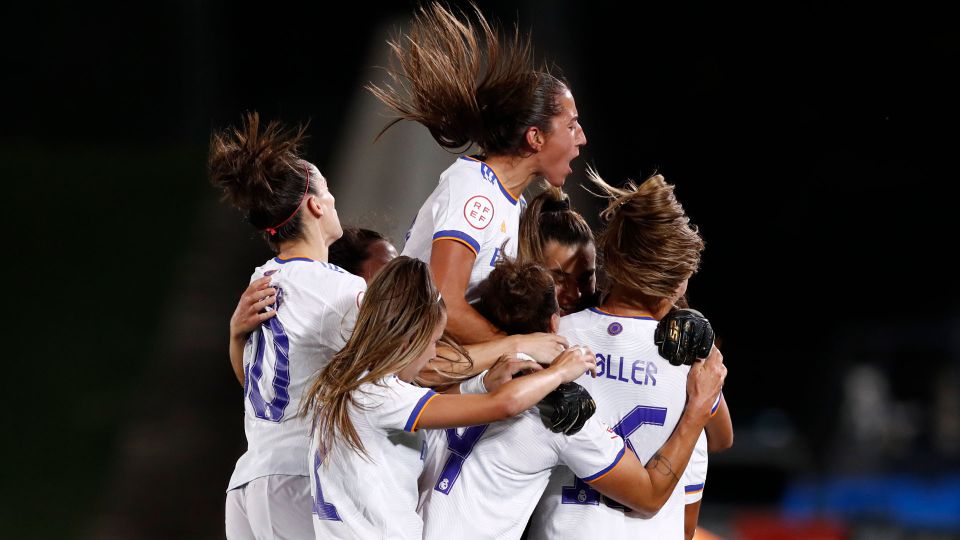 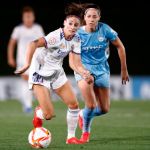