The attacker, who joined the academy in 2007, has clocked up 240 first-team appearances and netted 26 times.
Lucas Vázquez has extended his stay at the club that saw him take his first steps in the game. The academy graduate, who turns 30 on 1 July, has now been at Real Madrid for 13 seasons, six of which have been as a member of the first-team squad, with whom he has lifted 12 pieces of silverware: three Champions League and Club World Cup crowns apiece, two UEFA Super Cups, two LaLiga titles and a pair of Spanish Super Cups.

The Galician player checked in at the Real Madrid academy in 2007, initially joining the Juvenil C squad. He went on to turn out for the Juvenil B, Juvenil A and Real Madrid C sides, before representing Castilla, where he enjoyed a three-season stint. Following a year out on loan at Espanyol, he returned to Real Madrid and made his first-team debut on 12 September 2015, when he incidentally came up against the Catalan outfit at Cornellá.  Several months later, Lucas converted the first penalty in the Champions League final shootout in Milan as he clinched his first trophy: La Undécima (the club’s 11th European Cup crown).

His statistics
Lucas Vázquez has racked up 240 appearances for Real Madrid and has plundered 26 goals. His appearances have come in the following competitions: LaLiga (164), the Champions League (45), the Copa del Rey (19), the Club World Cup (six), the UEFA Super Cup (three) and the Spanish Super Cup (three). 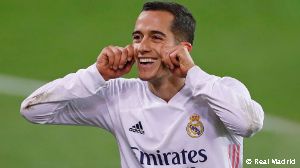 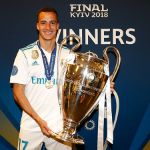