The Italian returns to our club after rewriting the history books during his first spell in the Real Madrid hotseat.
Carlo Ancelotti (Reggiolo, Italy, 10/06/1959) has been named as Real Madrid’s new coach. The Italian tactician, 61, checks in from Everton and returns to our club after having written his name into the history books in his first spell in charge. He managed Real Madrid for a two-season spell between 2013 and 2015 and led the team to the club’s 10th European Cup crown. Under Ancelotti’s stewardship, the team reigned supreme in Europe 12 years on from the last continental triumph following an unforgettable win over Atlético in the Lisbon showpiece.

Ancelotti secured four pieces of silverware during his tenure at Real Madrid. In addition to the Champions League crown, he lifted the club’s 19th Copa del Rey trophy in his maiden season in the dugout after seeing off Barcelona in the final. In his second year, he achieved a further two trophy successes, getting the better of Sevilla to land the UEFA Super Cup and beating San Lorenzo in the Club World Cup final. Meanwhile, he is the Real Madrid coach to have recorded the most wins (78) in his first 100 competitive games at the helm.

Honours and experience
The new coach boasts vast experience and an impressive trophy haul. He has won silverware in Spain, Italy, England, France and Germany. After calling time on a superb playing career, which yielded 14 trophies, his first successes in management came during his time at AC Milan, where he picked up two Champions League and UEFA Super Cups apiece, a Club World Cup, a league title, the Italian Cup and the Italian Super Cup. Meanwhile, during his spell in the Chelsea hotseat, he secured the treble in his first year (Community Shield, Premier League and FA Cup), after which he led PSG to league title glory before joining Real Madrid.

Success in Europe’s five major leagues
After enjoying success in Spanish football, he claimed further silverware in Germany, where he clinched the Bundesliga and twice lifted the German Super Cup with Bayern Munich. Following his latest stints in management at Napoli and Everton, Ancelotti returns to Real Madrid aiming to continuing to rewrite the history books with the greatest club in the world. 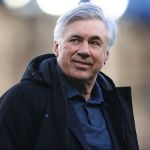