The team will be looking to secure victory on the penultimate match of the league competition (6:30pm CET).
For the second time this week, Real Madrid play away in the league as the Whites head to Bilbao to take on Athletic at San Mamés (6:30pm CET) on the penultimate matchday of LaLiga. Everything is to play for in the final straight of the domestic competition and Madrid know that only a victory will do if they are to keep their title hopes alive.

On Thursday, the side once again refused to throw in the towel by producing an impressive display to overcome Granada at the Nuevo Los Cármenes stadium, with Luka Modrić, Rodrygo, Álvaro Odriozola and Karim Benzema all getting their names on the scoresheet. Several Madrid players have chipped in with the goals in recent weeks to help the team’s cause, and they also include Marco Asensio, Eden Hazard, Casemiro and Éder Militão. In the reverse fixture against Athletic, the Whites secure a 3-1 victory.

“My players are giving their all and I'm very proud of them”, said Zinedine Zidane in the press conference ahead of the clash. On his side’s last five visits to San Mamés, they have picked up three wins and two draws. The Frenchman has named his squad for the match as they go in search of three essential points to keep their run going against the Basque side.

Spanish Super Cup winners
Athletic have had an impressive campaign, which has seen the Basque outfit lift the Spanish Super Cup. They sit comfortably in mid-table on 46 points and the European places are out of their reach, but in recent weeks they have defeated the likes of Sevilla and Atlético. Marcelino’s side will look to its top scorers Berenguer (8 goals and 4 assists in LaLiga) and Williams (6 and 6) to add to their tallies. 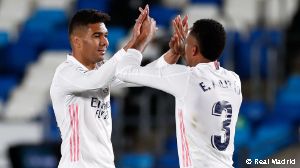