LaLiga will be decided on the final day of the season 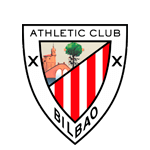 Real Madrid got the win at San Mamés, but LaLiga will be decided on the final matchday. Only Zidane's team and Atlético, currently two points ahead of Real Madrid, can be crowned league champions next Saturday. Our team host Villarreal, whilst Atlético visit Valladolid.

The first chance of the match in Bilbao fell to Real Madrid as Modrić whipped in an inswinging cross that Unai Simón collected, before the arrival of Benzema in the 27th minute. Odriozola's cross from the right struck Morcillo's elbow inside the area two minutes later, but the referee didn't point to the spot after consulting VAR.

The final chance before the break went Athletic’s way as Álex Berenguer’s direct free-kick on 43’ narrowly missed the target. The madridistas looked brighter after the interval and began to pose a threat on the hosts’ goals. In the 48th minute, Militão met Modrić’s corner but his headed effort sailed over the bar. Nine minutes later, Unai Simón rescued the home side with a fine diving save following a rasping effort from Modrić from the edge of the area.

It now looked as if it was only a matter of time before Madrid would break the deadlock and another Modrić free kick saw Casemiro’s towering header crash back off the crossbar in the 66th minute. However, the visitors did make the deserved breakthrough three minutes later following yet another corner. The ball fell out to Casemiro, whose cross was fired home by Nacho. From that moment on, Real Madrid managed the game well and held on to the lead, affording Athletic just one chance as Vesga’s header whistled wide of the upright in the 83rd minute. The hosts were reduced to 10 men on 89’, when Raúl García was shown a straight red. This result means that the LaLiga title race will go right down to the last day. 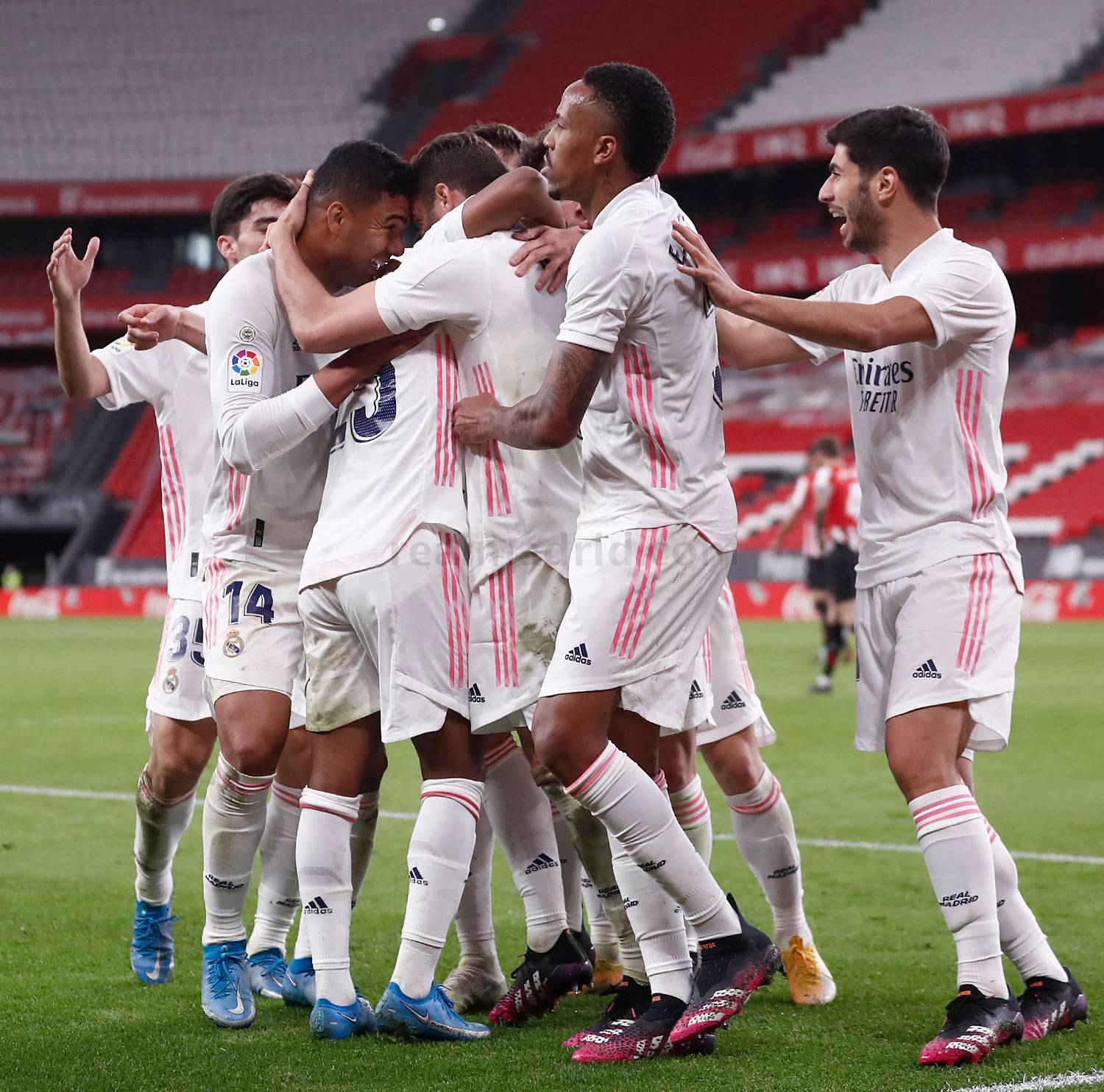 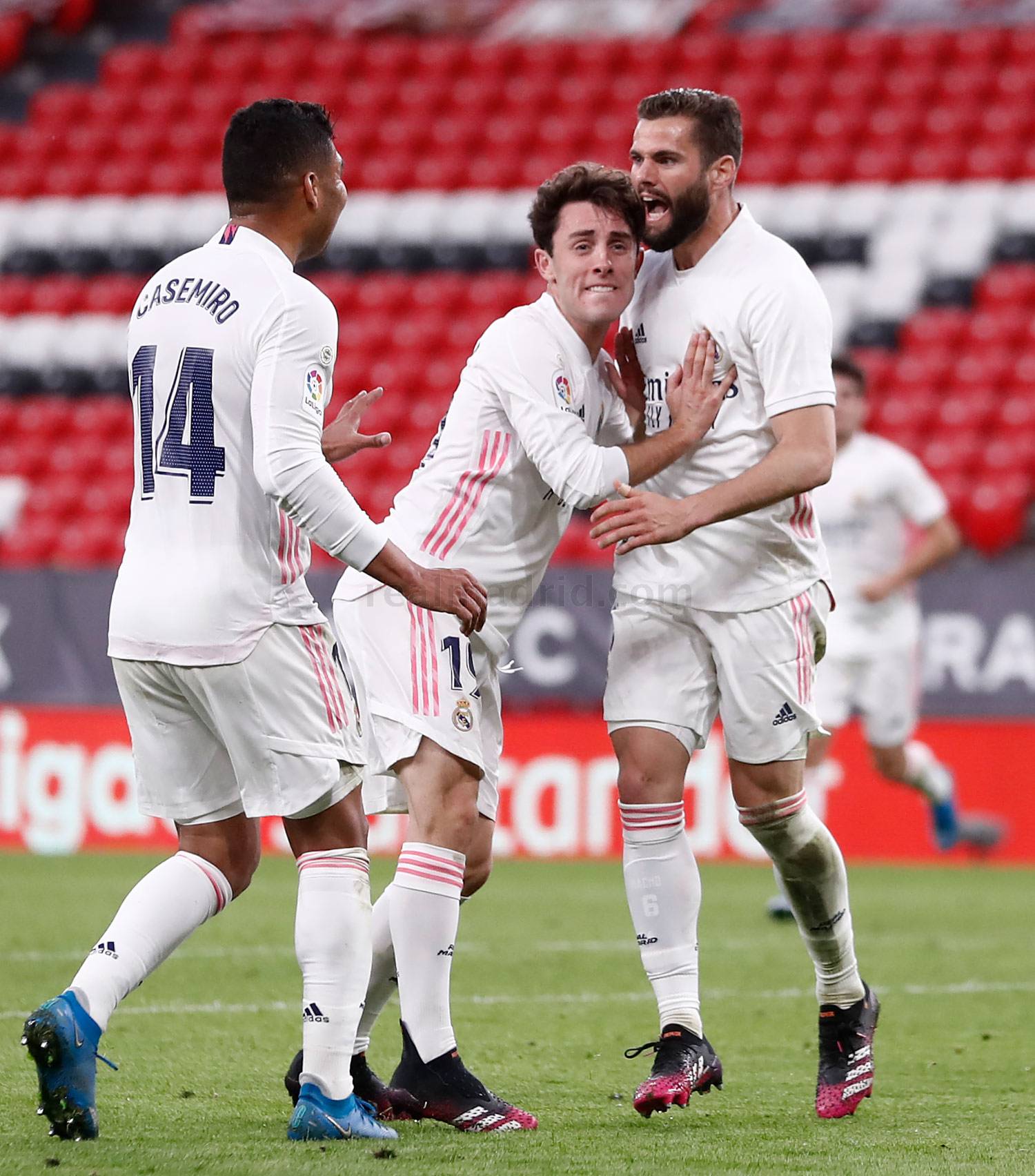 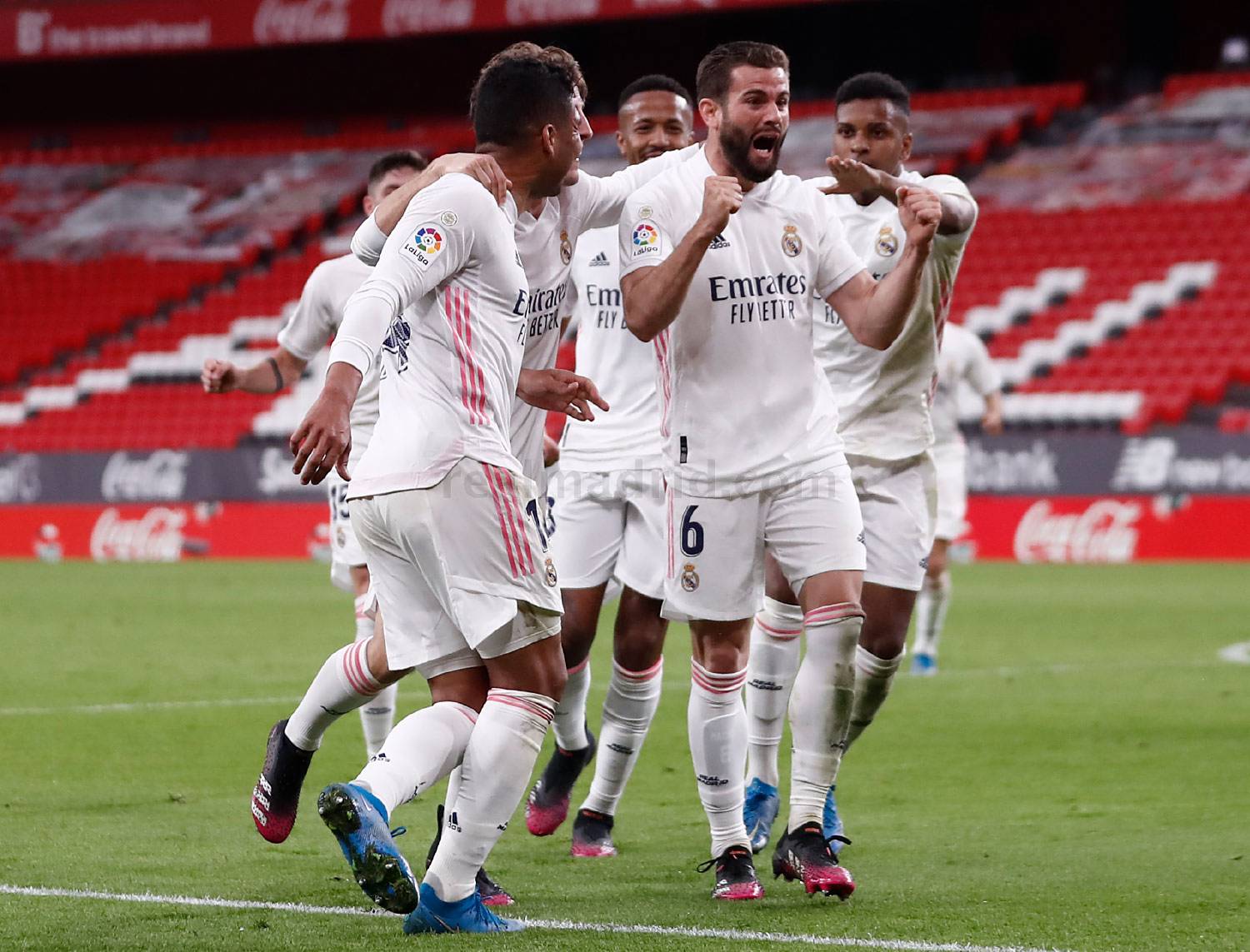 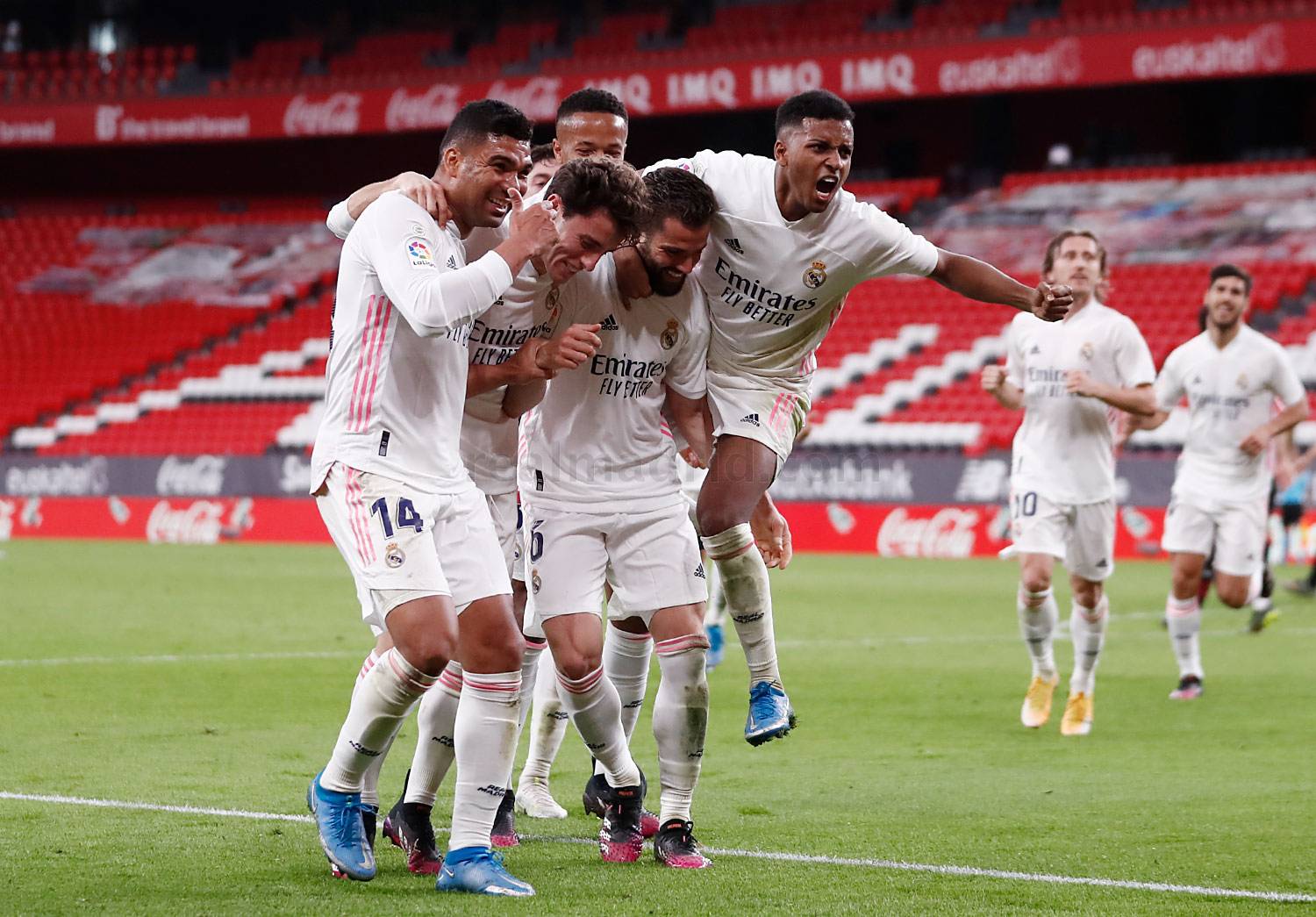 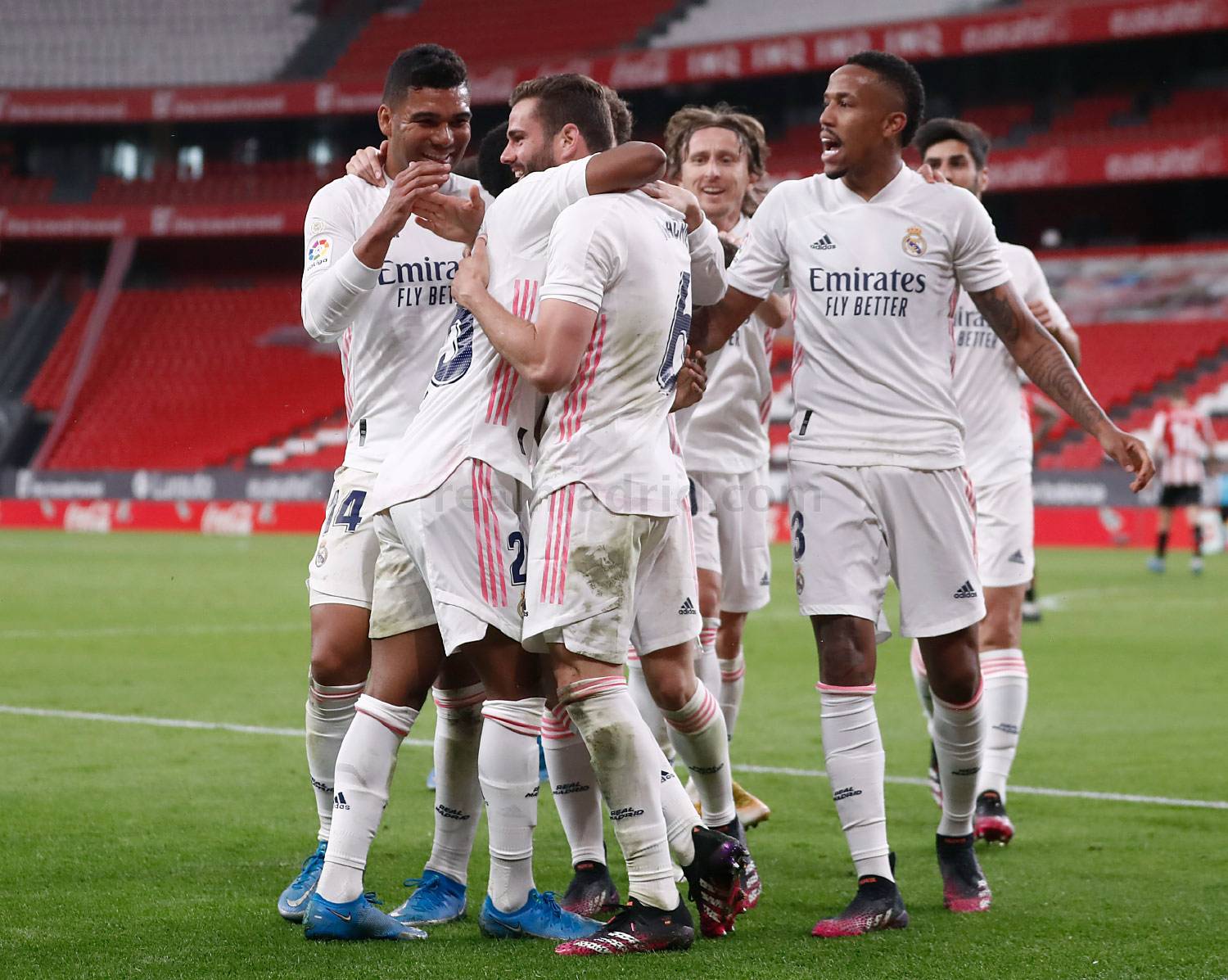 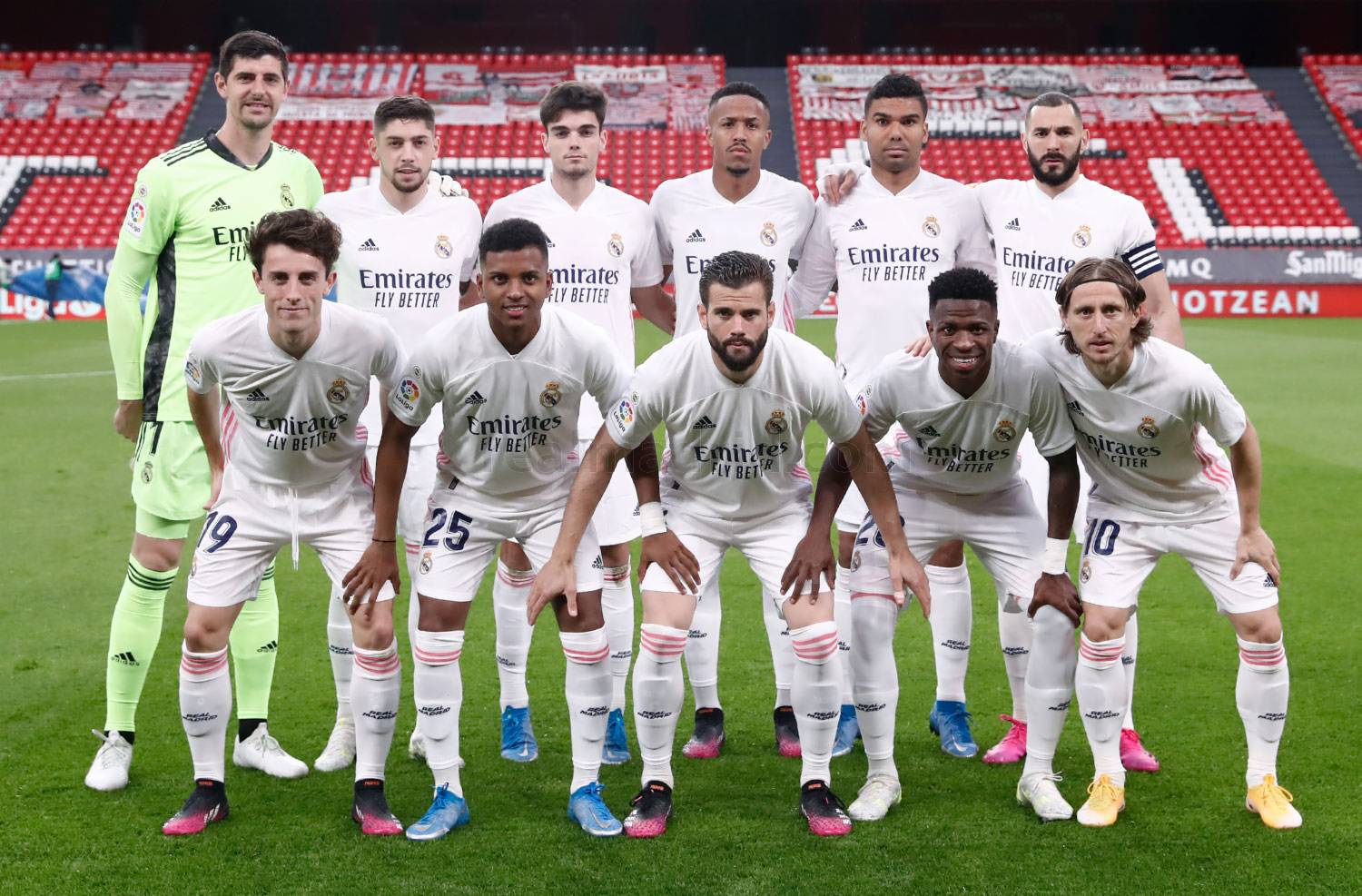 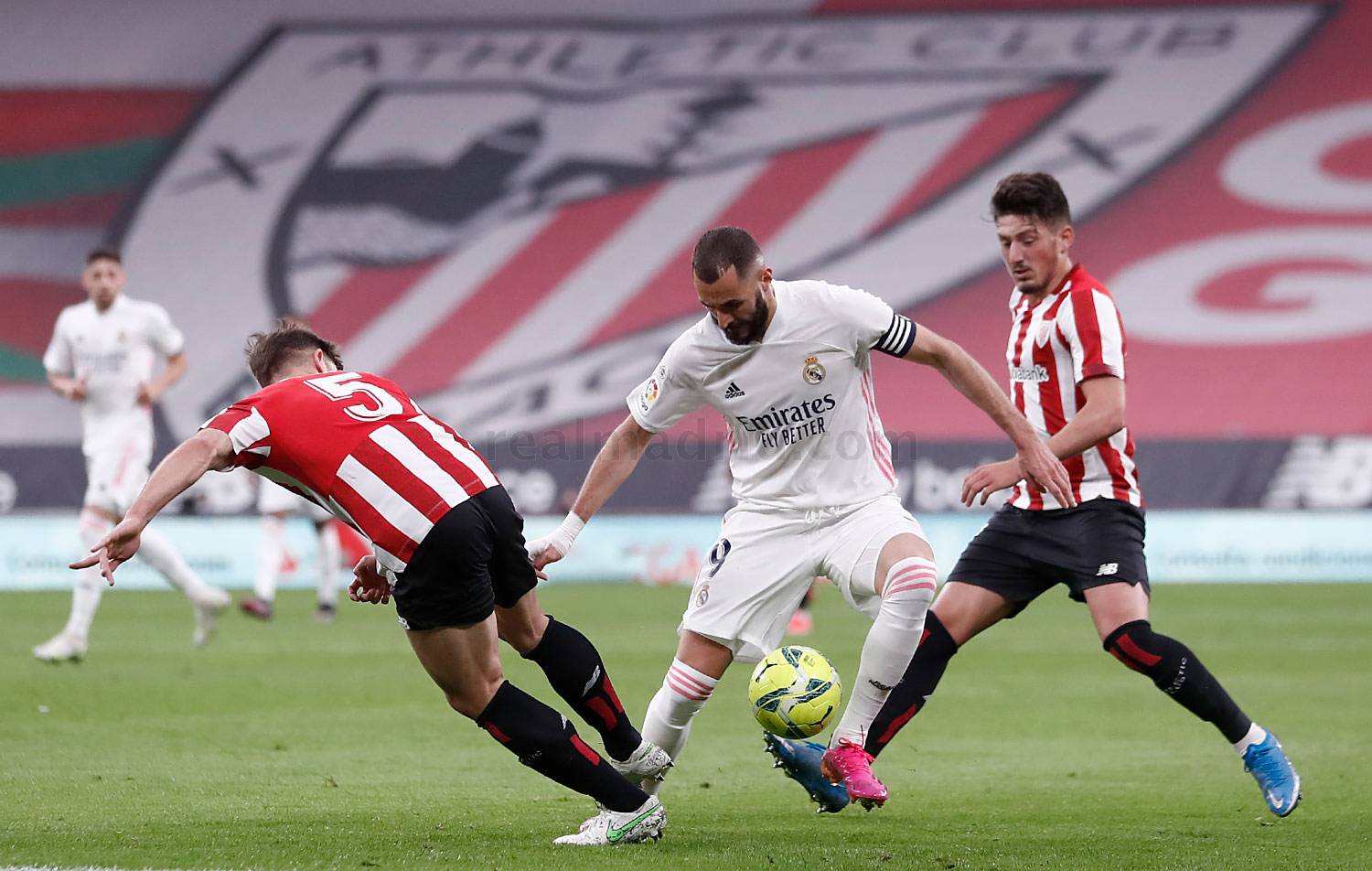 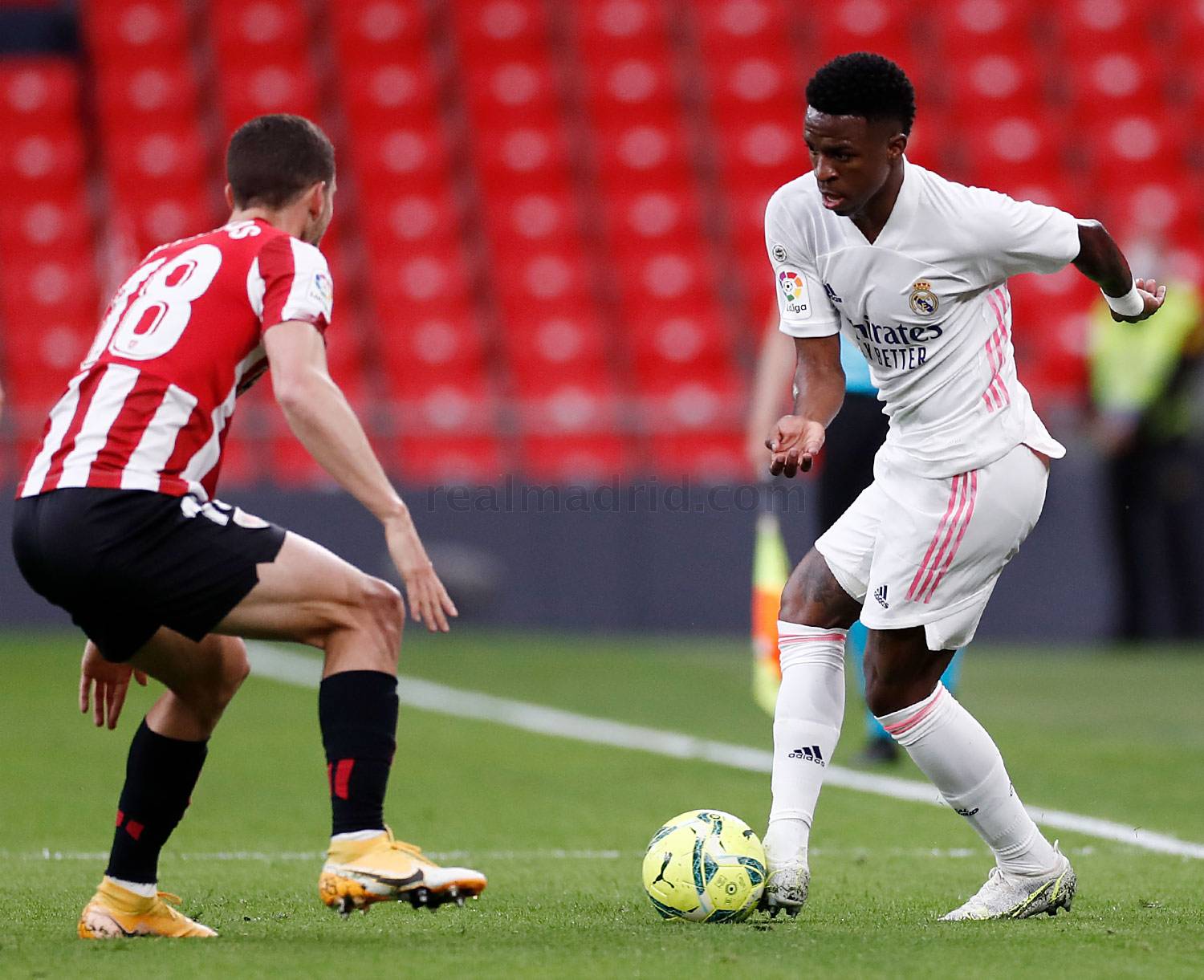 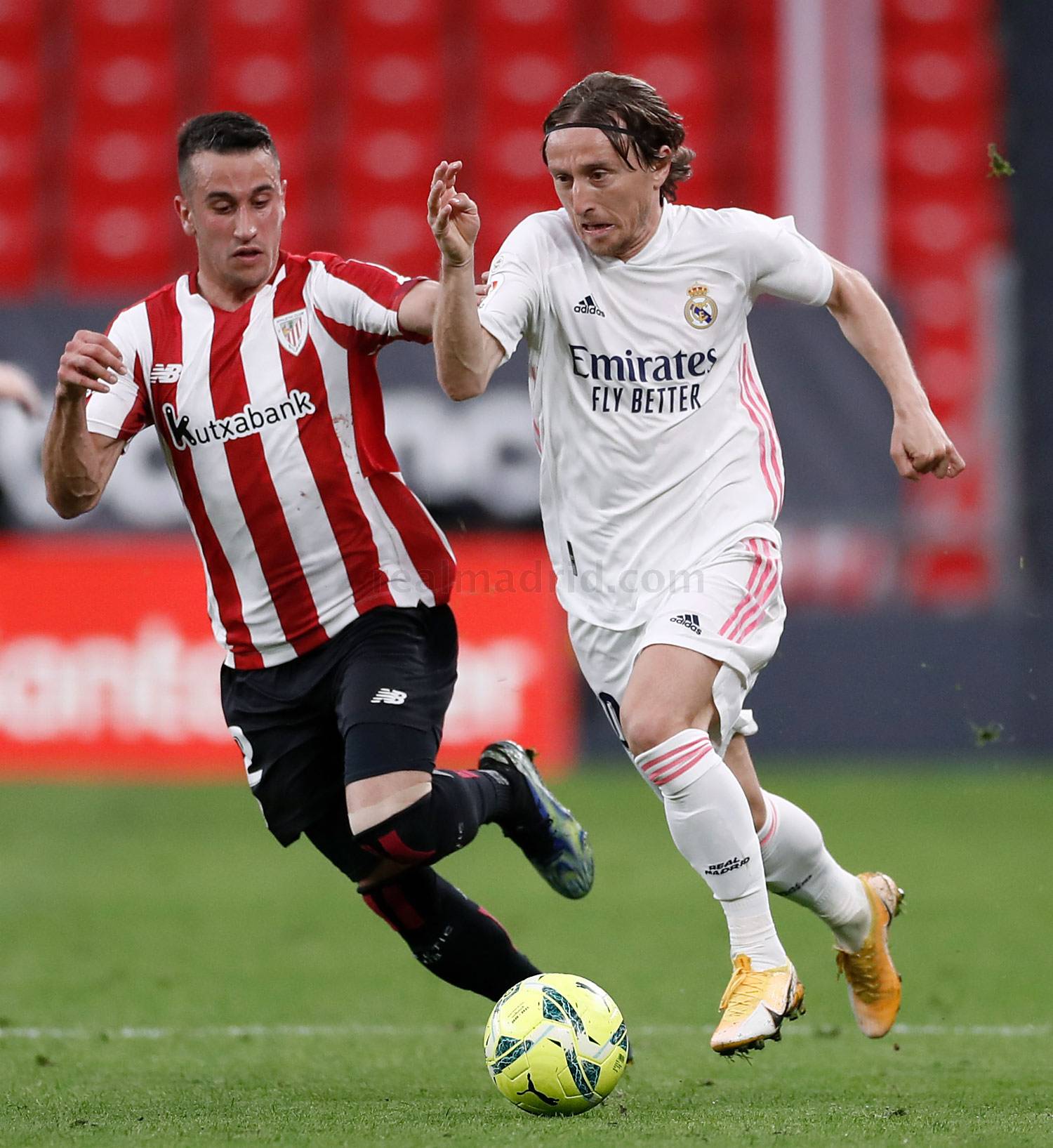 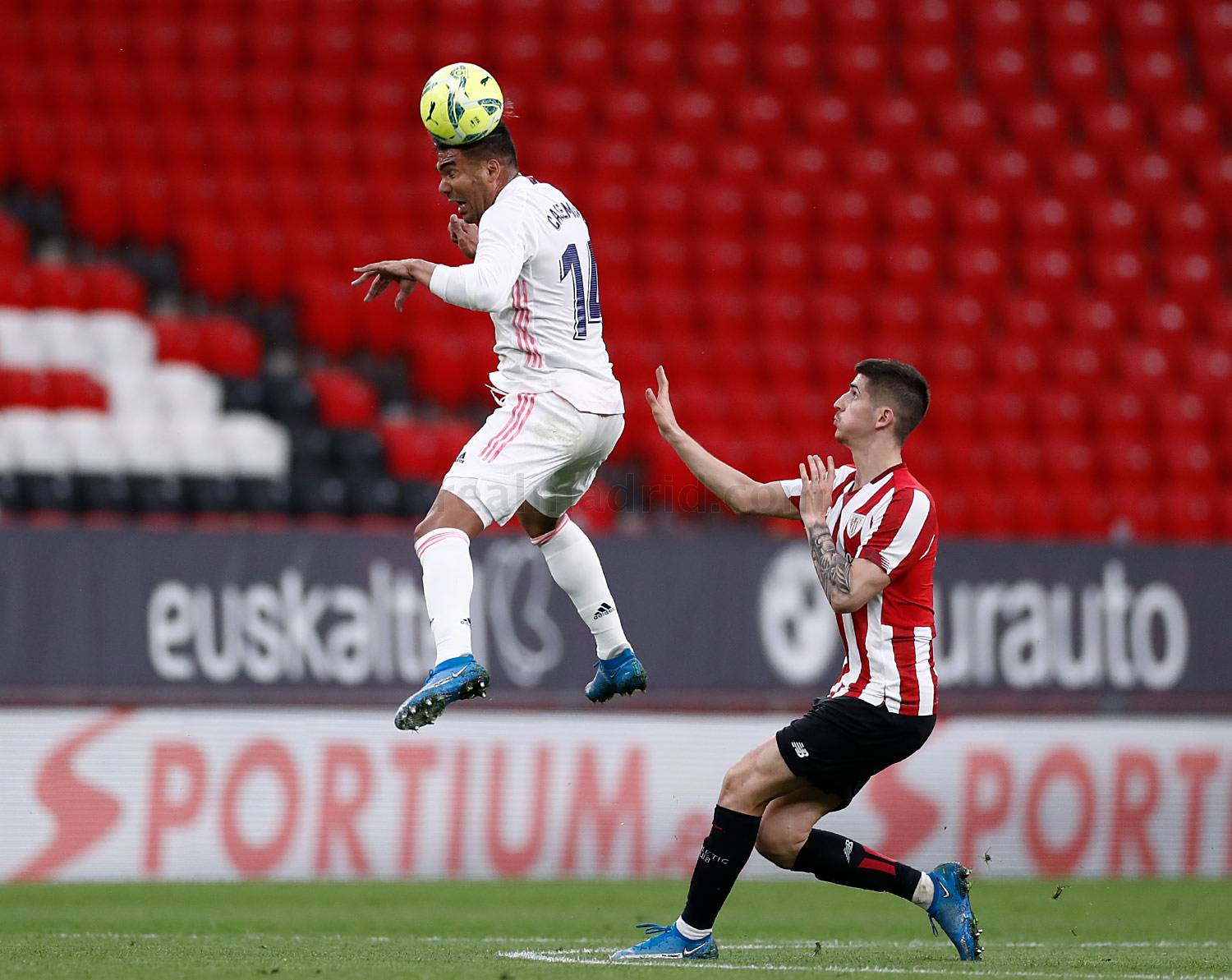 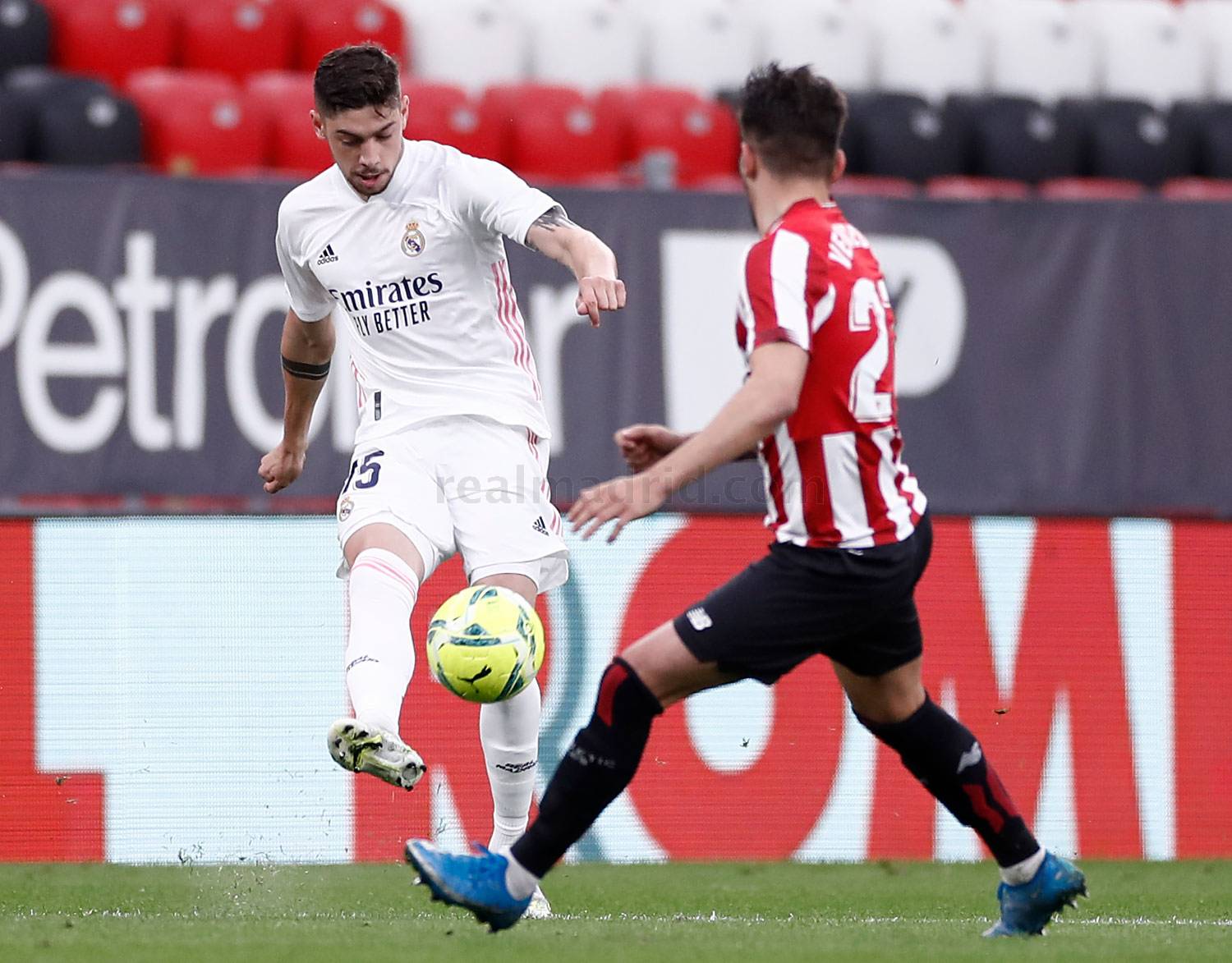 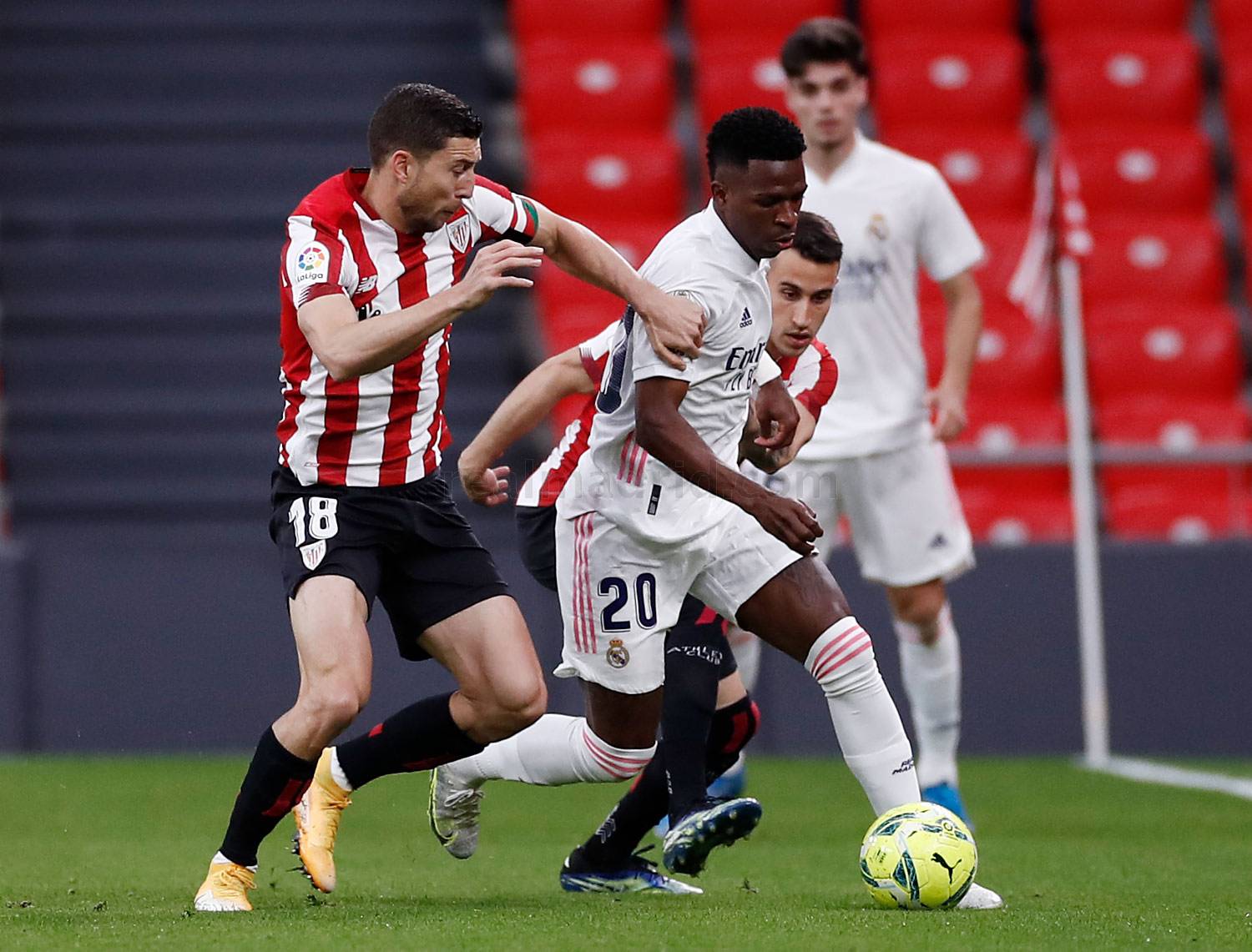 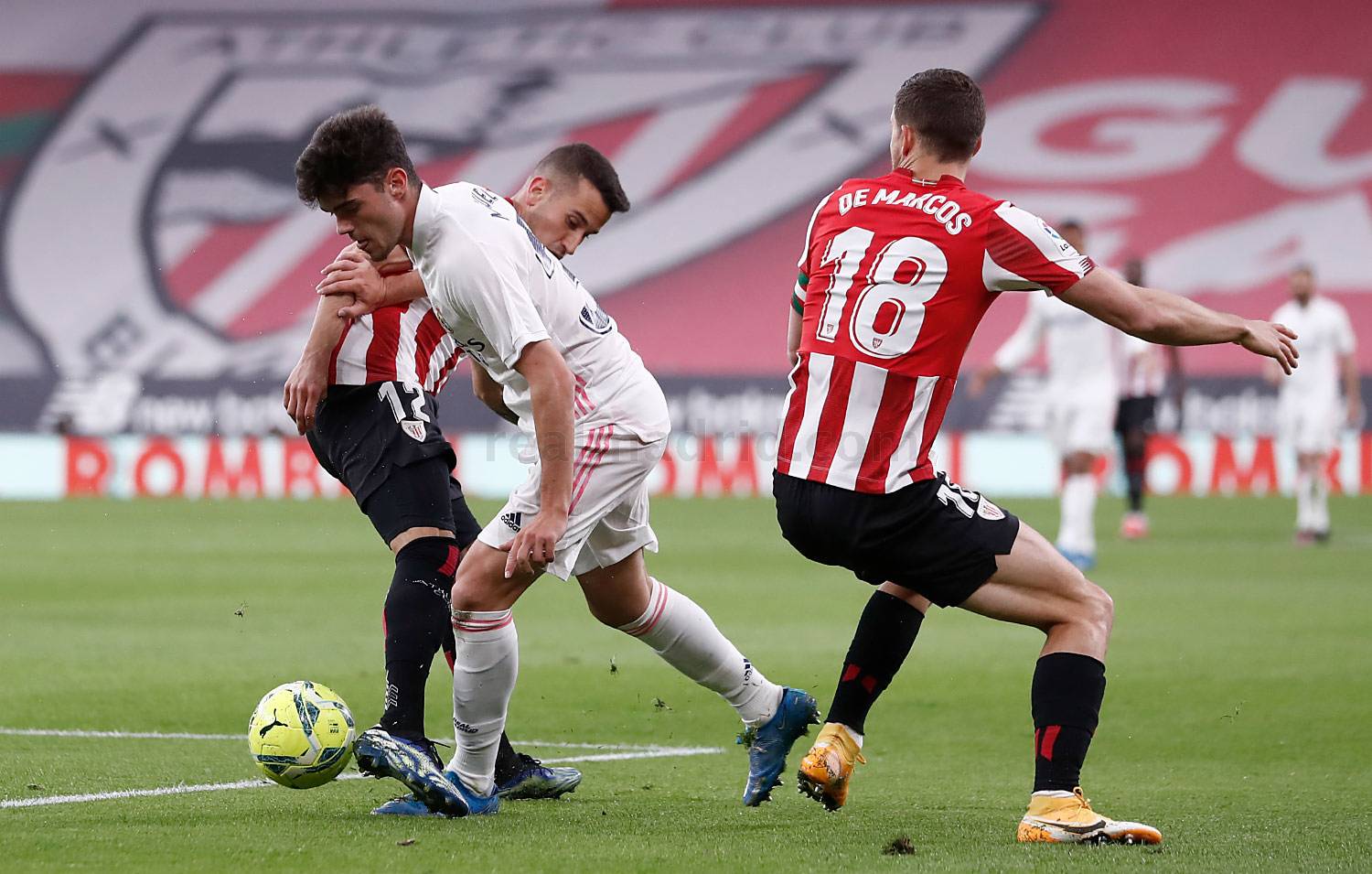 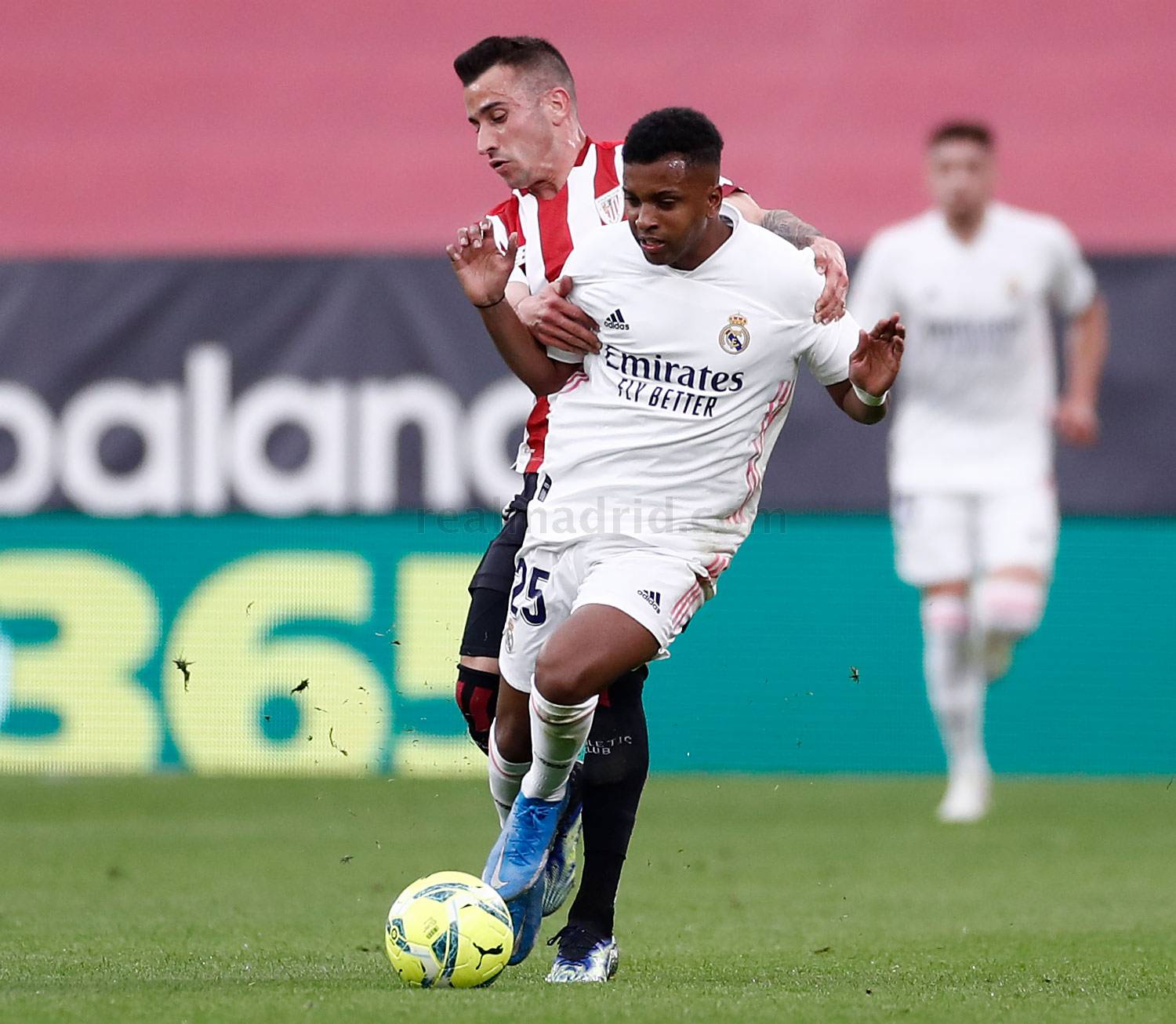 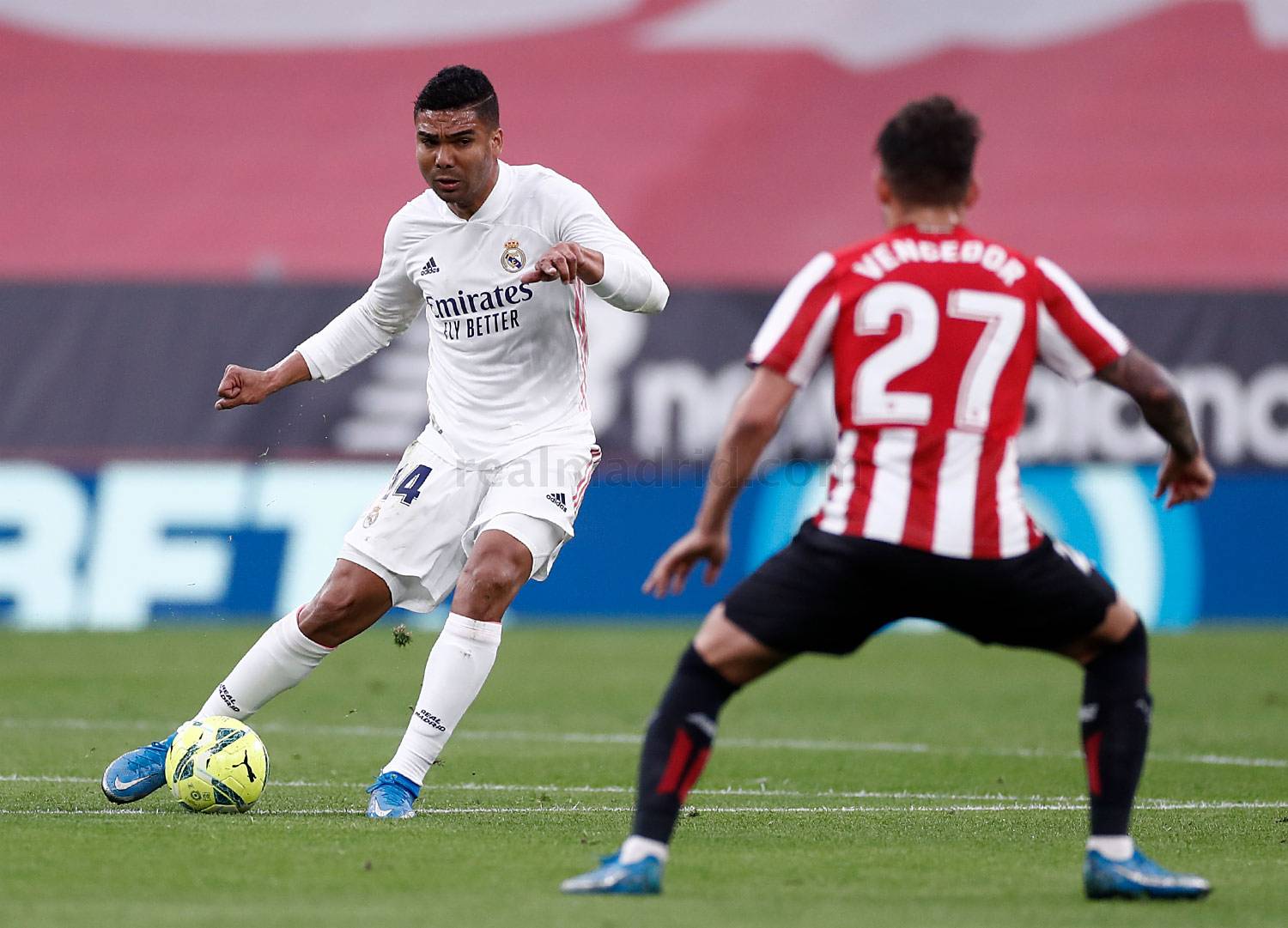 Real Madrid's win at San Mamés takes their unbeaten run in LaLiga to 17 consecutive matches (12 wins). The streak began in Huesca back on 6 February and they have now gone more than three months unbeaten in the league.

Mateu Lahoz (Valencia), assisted on the lines by Cebrián Devis and Porras Rico. Usón Rosel was the fourth official and Iglesias Villanueva (Galicia) was the VAR referee.