The team recorded their 16th win in this season;s Euroleague with Deck as the standout player (14 points and 19 PIR).
WiZink Center

58
Real Madrid were back to winning ways in the Euroleague after beating Zalgiris Kaunas for their sixteenth win in the competition, which keeps them in the playoff places with eight games to go until the end of the regular season. An impressive defensive game, limiting the Lithuanians to 20 points below their average, in which their success from three-point range (14/29) also shone. Deck, with 14 points, 4 three-pointers and 19 PIR, led a team in which Carroll (12 points), Thompkins (12) and Laprovittola (9) also stood out.

Another big test for Real Madrid, who went into the game with four key absentees: Llull, Rudy, Taylor and Randolph. To counteract this, the team came out with a lot of energy and soon got into their stride. They found a perfect attack-defence balance with Tavares dominating the zone and were highly effective at hitting three-pointers. They scored five, two of them from Laprovittola, who along with Deck were the team's stand-out performers in a very complete first quarter in which they took an 11-point lead (21-10, min.9).

Carroll drives Madrid on
The Lithuanians' improvement in attack, with the emergence of Jankunas, Hayes and Walkup, and the downturn in success of the Madrid players with their shoting, saw them to reduce the deficit in the second quarter to 5 points at half-time (36-31). Real Madrid's advantage over the visitors in this period was that they didn't let their defensive intensity drop. Their superiority in rebounding (21 for 12), thanks to the great work by Tyus, and the points from Carroll (7), were key for the Whites to maintain the advantage over Zalgiris.

A lack of control resulting from two offensively uninspired teams, Zalgiris was a little better at dealing with the situation and took advantage of the continuous turnovers by the home side in the third quarter to level the game at 39-38 at the 25' mark. But the team didn't crumble under the pressure and their reaction was swift. Laprovittola and Deck re-energised their team, who once again found their best ally in the three-pointer. Two more in a row from the small forward gave Real Madrid some breathing space, whose final sprint in this period, with a 12-4 run, gave them a +9 cushion (51-42, min.30).

The most solid performance from Laso's team
Madrid's start in the final quarter was definitive in breaking the game open and they did so with the tools that had got them that far: defence and three-pointers. They gave Zalgiris no chance of a comeback and saw how their opponents sealed the win from the 6.75m line. Thompkins, Abalde, Deck and Carroll, who became the seventh highest three-pointer in the competition, overtaking Italian Basile, put the final 70-58 on the scoreboard after taking a +16 lead. Interestingly, Real Madrid did not take a free throw. First win of the week. In less than 48 hours, La Liga returns for the leader (Saturday, 8:45pm CET). 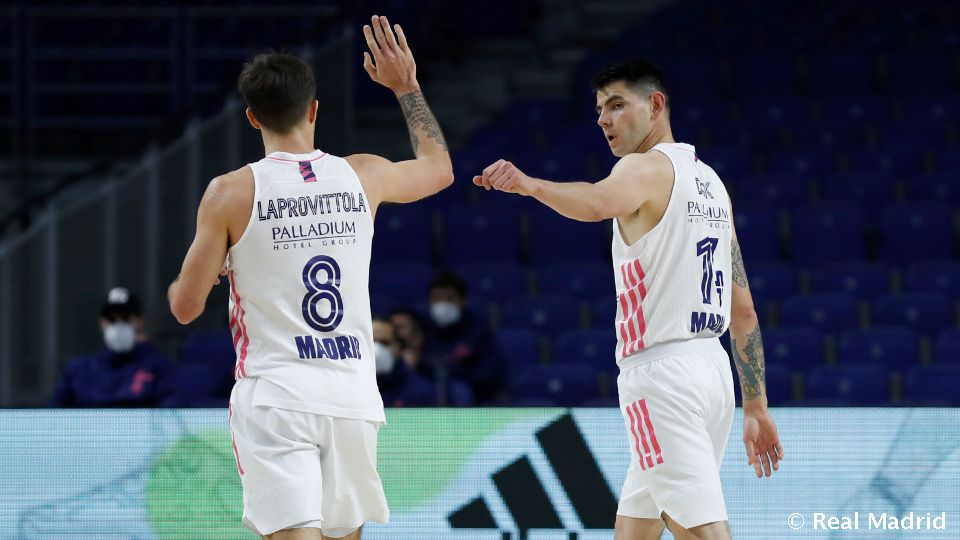 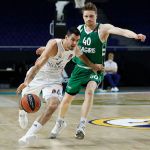