2
Real Madrid secured a share of the spoils in their trip to Mönchengladbach. Zinedine Zidane's charges found themselves 2-0 down in the 87th minute, but goals from Karim Benzema and Casemiro in the dying embers salvaged a point at Borussia-Park. The madridistas dominated proceedings in the opening 45 minutes, with Benzema trying his luck following a delightful threaded pass from Lucas Vázquez with just over 15 minutes played. However, the forward's snapshot, which he unleashed after bringing the ball down on his chest, soared over the bar.

Madrid came closer to breaking the deadlock through Toni Kroos's effort from range in the 29th minute that drew the best out of Yann Sommer. Four minutes later, Marcus Thuram put the hosts ahead with a powerful left-footed strike from inside the box. In the 38th minute and despite finding himself slightly off-centre, Marco Asensio had the chance to have levelled terms, but Sommer once again pulled off a fine save.

Asensio denied by woodwork
The Balearic-born attacker was once again in the thick of the action in the first move after the restart, when his right-footed volley from inside the area came crashing back off the crossbar after Neuhaus had headed the ball off the line.

Things went from bad to worse with 58 minutes gone, when Pléa struck from the edge of the box and Thibaut Courtois could only parry his shot to the feet of Thuram, who stroked the ball into the net to complete his brace. The hosts could hardly have been much more clinical and would have extended their lead further just three minutes later but for Courtois’ superb intervention when one-on-one with Pléa.

Changes
With 20 minutes left of normal time, Zidane brought Luka Modrić and Eden Hazard off the bench in place of Vini Jr. and Kroos. Real Madrid had Borussia Mönchengladbach pegged back inside their 18-yard box now as they continued in search of the goal their efforts merited. They came close to finding it on 74’ when Benzema played a delightful nut-meg pass through to Hazard, whose shot crashed into the side netting.

Frantic final moments
Only a fool would ever rule out the European Cup’s most decorated club on the continental stage they have made their own and once again they rose to the occasion to demonstrate exactly why. A Fede Valverde cross on 87 minutes was met at the back post by Casemiro, who laid it back into the six-yard box where Benzema was waiting to rifle it into the net on the half-turn. Then, deep into injury time, the equaliser finally arrived. Modrić dinked a fine ball into the box and Ramos rose highest, nodding it down for Casemiro, who turned the ball home with a crisp first-time finish as Real Madrid put a point on the board in Germany. 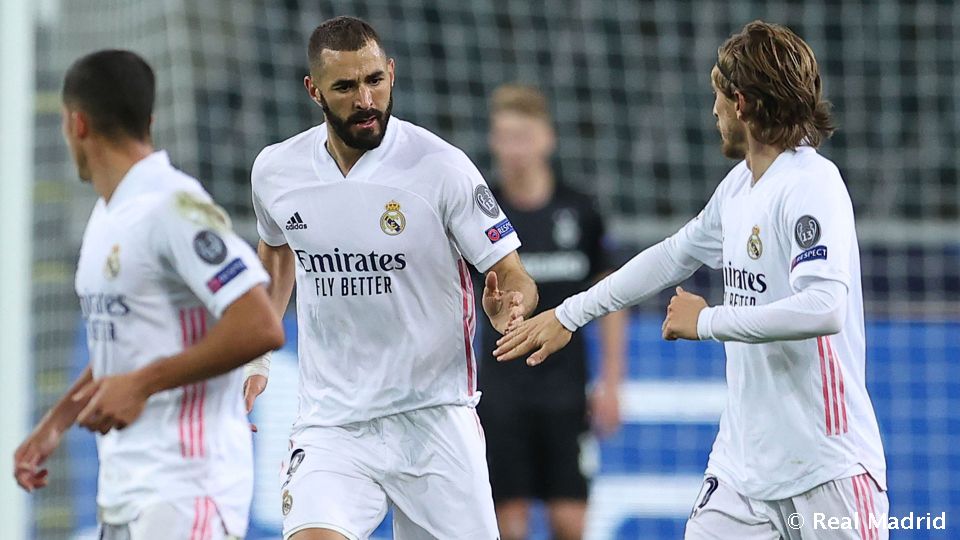 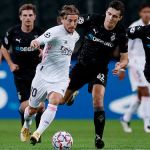