Real Madrid celebrate the club's anniversary on the back of a historic year 2017, in which the team lifted five pieces of silverware.
On 6 March 1902, the inaugural board of directors of Madrid Foot Ball Club was officially elected, representing the starting point for the legacy of the best club in the world. One hundred and sixteen years later, Real Madrid is the club with the most European Cup titles and Club World Cup crowns to its name in the history of the game. In addition, the club holds the honour of having been recognised as the FIFA Club of the 20th century.

Since the club's last anniversary, its football team has enjoyed the most successful year in its history, lifting five pieces of silverware: the LaLiga title, the Champions League crown, the UEFA Super Cup, Spanish Super Cup and the Club World Cup. Of particular note amongst Real Madrid's unrivalled trophy haul are the club's 12 European Cups, which make the Whites the most decorated team in Europe's elite club competition.

The success enjoyed by the team in 2017 is reflected by the numerous individual awards secured by various members of Zinedine Zidane's squad. In this department, Cristiano Ronaldo once again shone, scooping the Ballon dOr - a distinction he has now been award on five occasions - for a second successive year, UEFA's Best European Player award and FIFA's The Best accolade. At the gala ceremony for the latter award, Sergio Ramos, Luka Modric, Toni Kroos, Marcelo and Cristiano Ronaldo were all named in the FIFA FIFPro World11 2017, whilst Zinedine Zidane picked up the Coach of the Year  gong.

Basketball
The club's basketball team was another team to bring great joy to the Real Madrid family, with the side enjoying a successful spell under Pablo Laso's stewardship. The Whites' coach recently oversaw his 500th game at the helm and has guided the team to 13 pieces of silverware, including nine European Cups, which represents a competition record, 33 league titles, 27 Copas del Rey, four Spanish Super Cups, four Intercontinental Cups, one Club World Cup, four European Cup Winners' Cups, one Korac Cup, one ULEB and a Latin Cup.

Stadium and the Foundation
The Santiago Bernabéu deserves a special mention, with the stadium having celebrated its 70th birthday in December and due to undergo major renovation work in the near future so as to see it retains its status as a benchmark arena. Real Madrid City also continues to expand, with the club's two teams fully integrated within the facility. In terms of social projects, the club is involved in a whole range of outreach and cultural programmes through the Real Madrid Foundation, which last year celebrated its 20th anniversary. 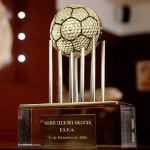