The first-team and academy residences are two examples of the facility's constant evolution.

Today marks 10 years since the opening of Real Madrid City. On 30 September 2005, the club celebrated the inauguration of this unparalleled training complex, a facility that sets the benchmark in sport worldwide and is a source of pride to all Madridistas. Fifteen months earlier, on 12 May 2004, its construction got underway with the placing of the first stone, and over the last decade it has never ceased to grow.

Covering 1,200,000m2, it is ten times larger than Madrid's previous training ground and offers all the facilities necessary for Real Madrid's teams in both training and competition. With the recent completion of two new grass football pitches, Real Madrid City now offers a total of 12 across all playing levels.

The first-team and academy residences have proved successful additions and prime examples of the complex's evolution, enabling the Whites to remain at the forefront of the global game. The Real Madrid squad has come together at the former for its final pre-match preparations since the 2013/14 season. Work and rest are combined in the modern building, where everything is focused on enhancing the team's competitive level.

2016 will see the opening of the new basketball hall

As well as being the setting for the first-team squad's day-to-day activities, Real Madrid City is home to the sides in the Whites' academy. And a special place in the complex belongs to the Estadio Alfredo Di Stéfano, a permanent tribute to the best player of all time. The stadium is the venue for Castilla's home games and has received the award for the best playing surface in the in the past two editions of the UEFA Youth League.

The academy residence provides all the facilities and services required by players learning their footballing trade. As Franz Beckenbauer said after visiting Real Madrid City: "It's an exceptional academy; it's fantastic. I've never seen one like it".

The club's sights are always set on the future, and the drive to continually improve Real Madrid City never stops. At the most recent General Assembly of Delegate Members, president Florentino Pérez highlighted the projects to come: "We're building a new basketball hall, which will be the permanent training facility of all the club's teams, including the first team".

The hall will be ready in early 2016 and, in addition to basketball, will be a venue for institutional events held by Real Madrid. Meanwhile, Real Madrid City is to house a new building for corporate offices, with the aim of unifying and streamlining all club services. 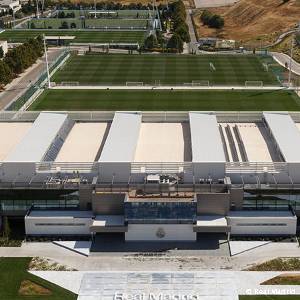 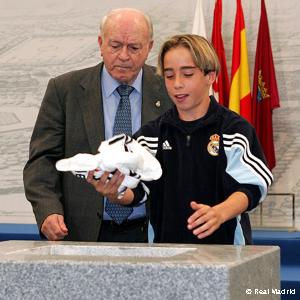