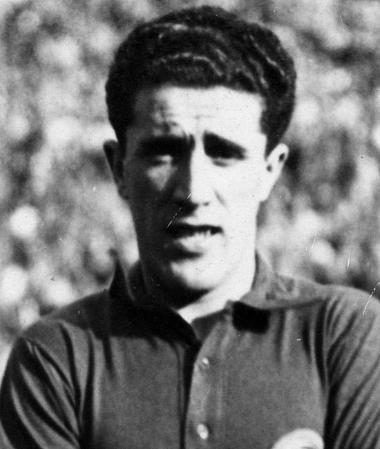 A powerful midfielder with great skill, strength and ball control, Ipiña is remembered as the first captain of Real Madrid. He was part of a great midfield line-up that would make football history in the 1930s and 1940s, along with Sauto and Huete. After the tragedy of the Spanish Civil War, Ipiña joined a team in the process of reconstruction in which only four players were left: Lecue, Sauto, Bonet and Quincoces.

The club had very little money to spend but they made an exception for Ipiña as he was obviously a player for the future and played at every level for the club. He arrived at the Bernabéu in the 1939/40 season and gradually started to play further back to cover the team’s needs. He stood out for his commitment to the team and spent 10 successful seasons at the club before retiring from football in 1949.

He won two Spanish Cups with the Whites (1946 and 1947) and is generally considered to be Real Madrid’s first great captain, and he had the honour of captaining the team against Belenenses in the inauguration of the Santiago Bernabéu stadium.

He also trained a Real Madrid team which included Molowny, Muñoz and Pahíño. In 1953, the club decided to form a trio of coaches to run the first team, and Ipiña became the technical secretary, Enrique Fernández the new first team coach and José Villalonga took over responsibility for physical training. This was also the season th, the man who would change the history of Real Madrid. Died on 7 September 1974. 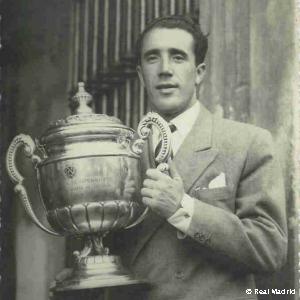