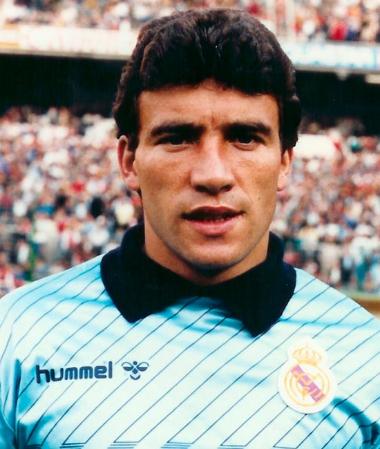 From a winger to a goalkeeper

Buyo’s amazing agility made him the club’s first choice keeper for 11 seasons. He first made his mark in goal for Sevilla and Ramón Mendoza signed him for Real Madrid. His first coach at the Bernabéu, Leo Beenhakker, once said that “Spanish football is safe with Buyo in goal”.

He didn’t need any time to adapt and became a first team regular immediately ahead of fine goalkeepers like Ochotorena and Agustín. He didn’t take long to start winning honours and in 1986-1987 he won La Liga in his first season in an exciting play-off game.

Paco Buyo was part of a historic team and the ‘Quinta del Buitre’ (‘The Vulture Squadron’) and the  ‘Quinta de los Machos’, (‘The Macho Squadron’), a term coined by Hugo Sánchez, came to dominate Spanish football. The European Cup was the greatest source of frustration for Buyo as he lost two successive semi-finals.

In a magnificent career at Madrid he played 454 matches and won 13 trophies and was also capped by Spain. The Galician keeper was a real guarantee in goal for the Whites. 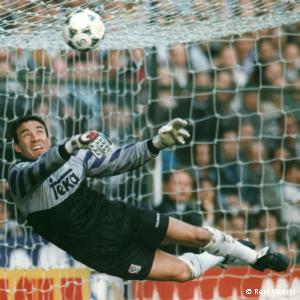